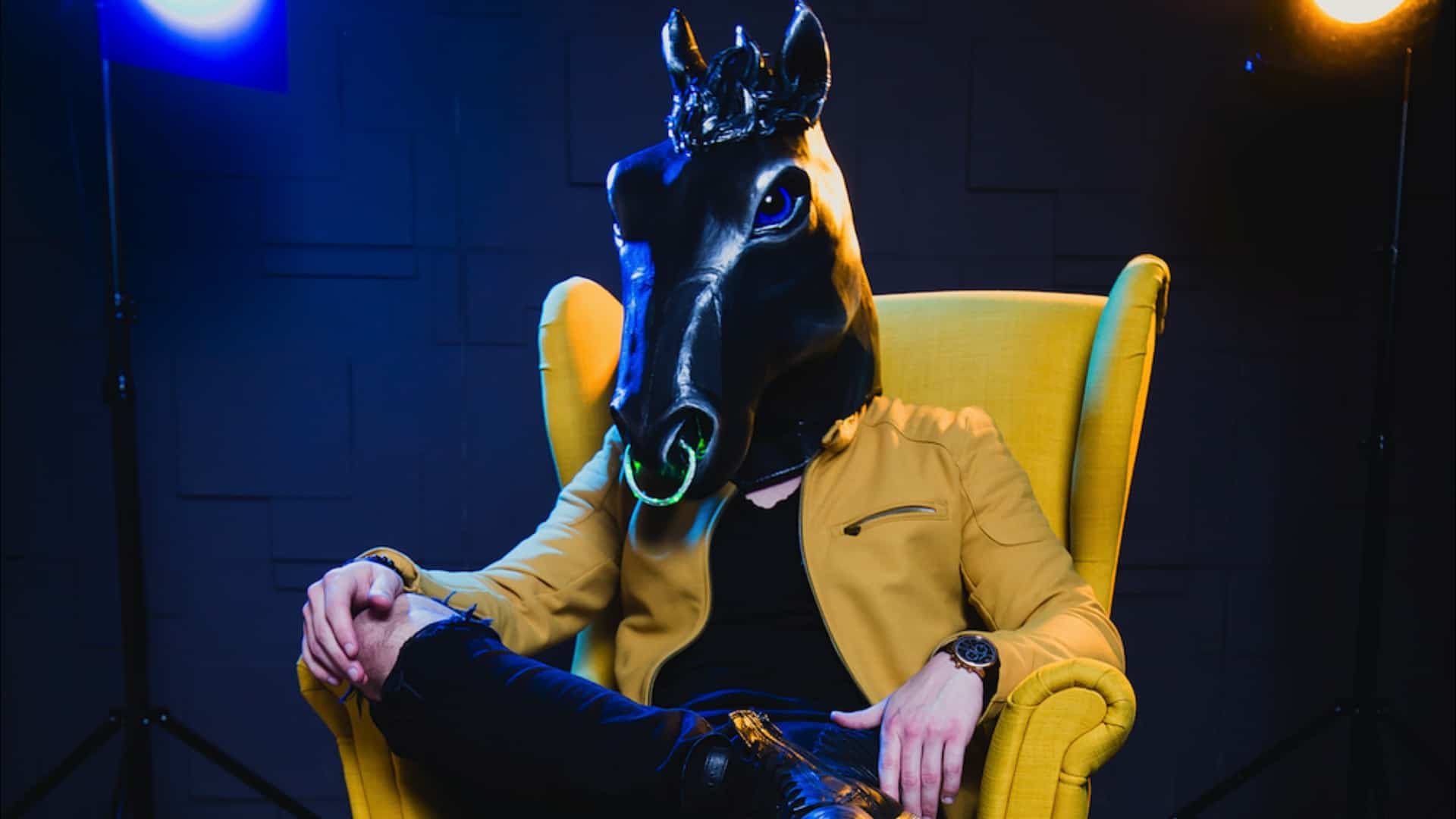 The electronic dance music industry is well accustomed to artists with hidden identities, but one producer still wrapped under secrecy is Raver Horse. Details surrounding the ‘horse-headed individual’ have remained a mystery for some time, however, one thing is for certain, the dance music producer knows how to create a rave-ready track. Kicking off with their first release of the year, the dance music artist returns with a brand new single called ‘Bon Appétit‘, and this one drops alongside the producer’s first-ever music video. Listen and watch as we break down this creative production.

‘Bon Appétit‘ wastes no time in acquainting the listener with its synth-driven melody and groovy bassline from the onset. As the vocals usher in, the track builds up to deliver a thunderous drop – one that’s destined to be enjoyed through powerful speaker systems. This is a track you’ll want to drop at a party time and time again. ‘Bon Appétit‘ follows suit of the artist’s music style we’ve come to enjoy in previous releases such as ‘Neigh‘ and ‘See The Light‘. Of course, this electric production has received an equally electrifying music video that features the ‘horseman (Horse Raver)’ and fellow animal party-goers watch a man tuck into multiple meals at a club – as daft as it sounds, watch the video to see how the action unfolds.

Just like Marshmello, Malaa, Rocketman, and many more, the dance music producer parades in a headpiece to keep their identity under wraps. Yet, as we’ve come to uncover the identities of some, who knows when Raver Horse will reveal themselves. For now, feast on ‘Bon Appétit‘ and watch the music video below. Let us know what you think about this track. To hear more great music like this, click here and check out the latest singles from your favourite artists.