Lately, Skrillex has been getting involved with what seems like everyone in all corners of the music industry. Producing for many artists and being part of other projects, his latest endeavours include producing credits on Justin Bieber‘s new album ‘Justice’, a feature on Starrah‘s debut album and other production credits. Last year, he released a surprise solo track on SoundCloud titled ‘Kliptown Empyrean‘ and since then, that’s the only track we’ve heard from him aside from features and collaborations on other artist’s tracks. Now, that could all change very soon.

In an Instagram story posted by Skrillex last night, he thanked his fans for the continued support and patience, and then stated that new music is coming soon. 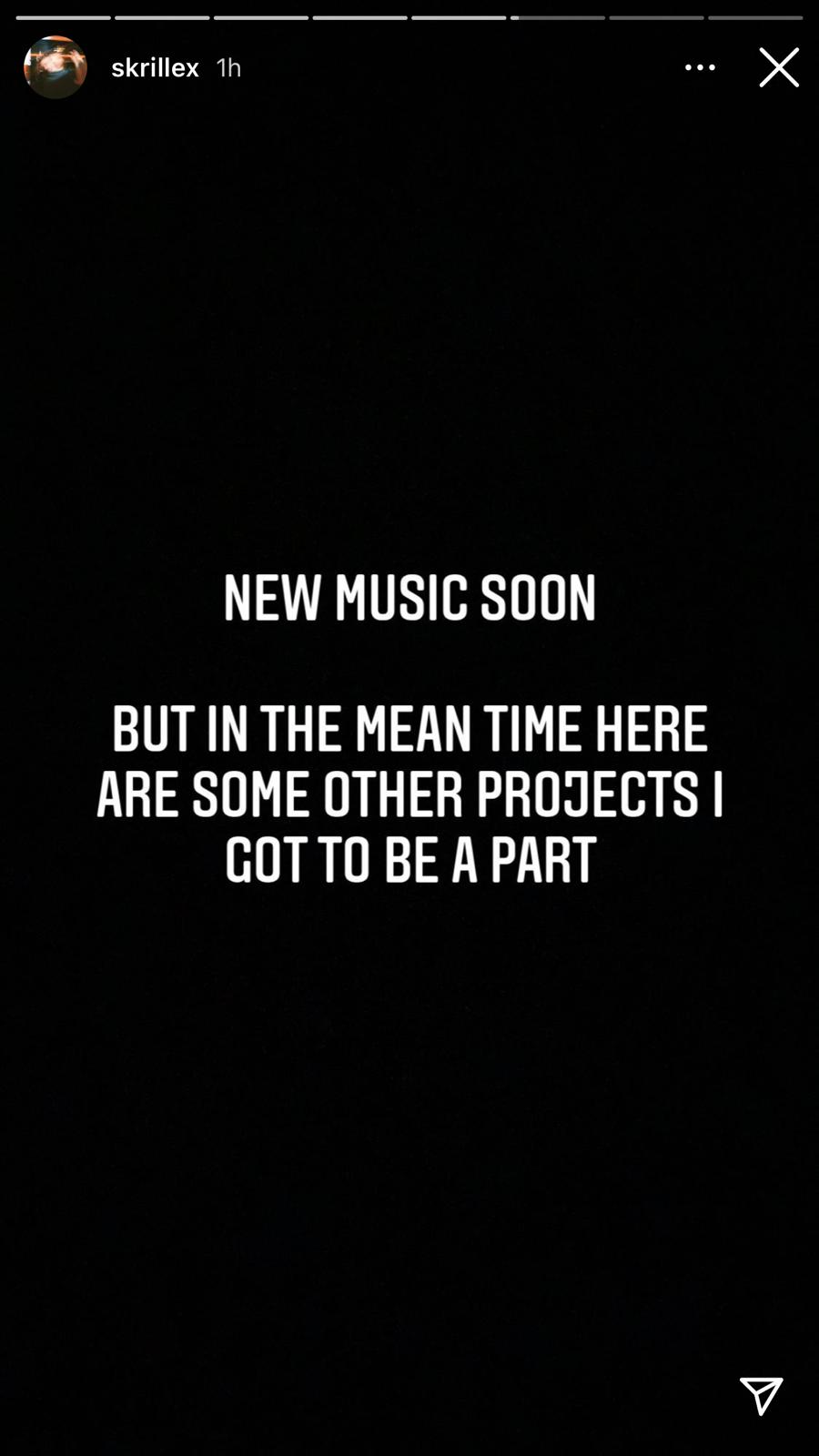 It’s no secret that he has been spending a lot of time in the studio, seemingly collaborating with every artist on the face of the earth. Over the past months, rumours have sparked of him collaborating with Flava D, Avril Lavigne, Mike D (The Beastie Boys), Thys of Noisia and more.

He’s one of the most in-demand producers in the scene, and it seems that he has plenty of material set to fill up an album, but we will have to wait and see to find out what he delivers to us. One thing is for sure though, and that is that it’ll be nice to see his name at the top of a track again.