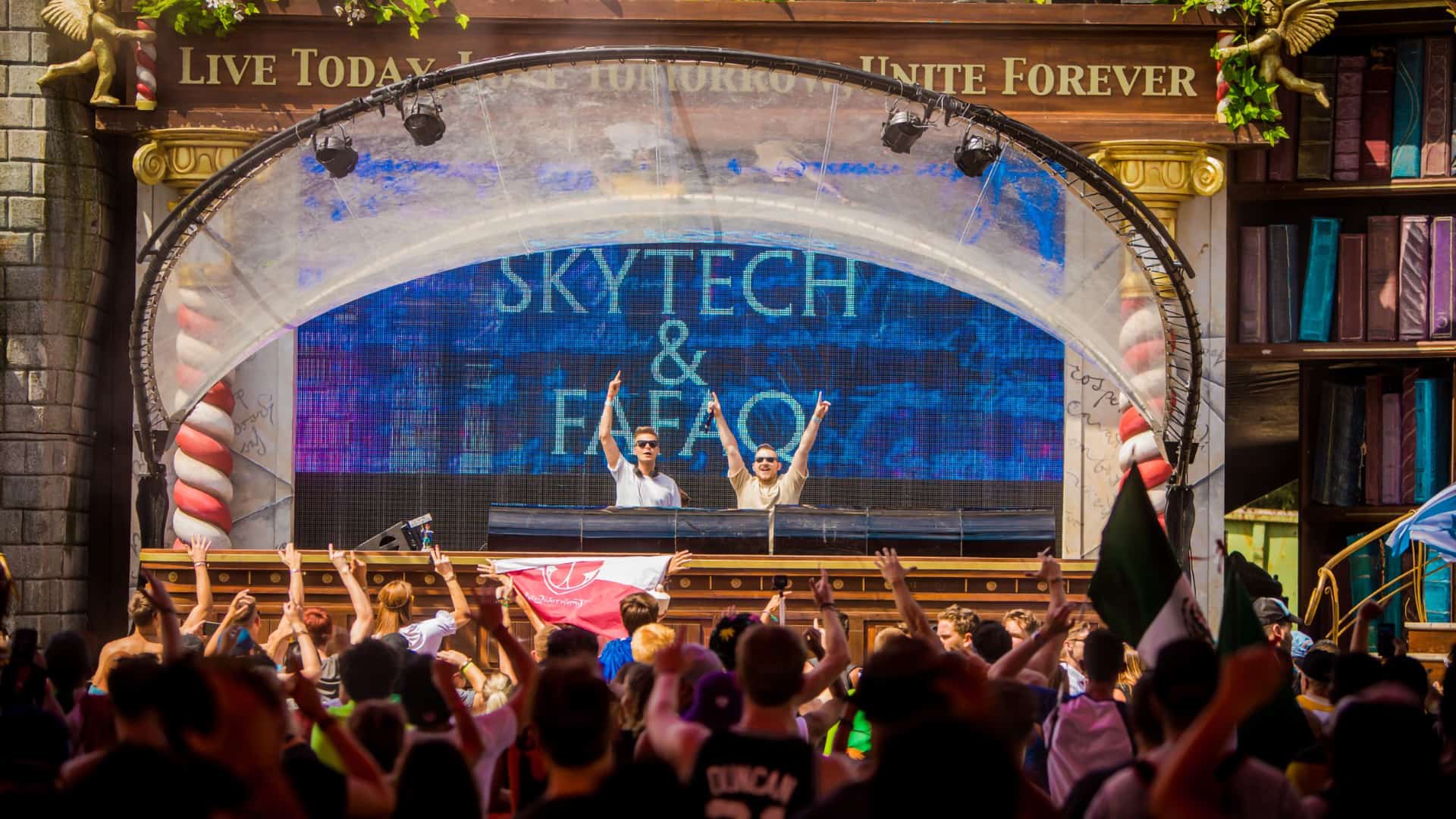 Skytech, the most-streamed Polish artist on Spotify is back to fill headlines, this time to announce a new adventure. Recruiting fellow Polish producer Fafaq, Skytech has created a new project capable of not only elevating Poland as an exporter of musical talent but also opening his horizons as a producer. All That MTRS is the name of this new concept that unites Skytech and Fafaq, who debut in this format with an explosive debut single that sails the seas of big room. Released on March 26, ‘Love Control’ features the talented award-winning musician Saga Bloom and comes to us via CYB3RPVNK, R3HAB‘s imprint. It’s no surprise that this was the house chosen to host this single, given R3HAB’s history with the two Polish artists.

Skytech is now a major player in the European electronic scene, but it was the Moroccan-Dutch DJ and producer R3HAB who first noticed his giant talent. After discovering the track ‘Tiger‘, R3HAB helped Skytech finalise his production. These finishing touches paid off and propelled the single into the charts reaching 100M streams on all platforms. It was without a doubt an excellent and rewarding team effort. Realising that their sound melded together elegantly, the two artists continued to work together, producing true relics. The fruits of this collaboration are perfect for setting a dance floor alight or filling a mainstage, without losing the substance and meaning that the artists impart to the music. Perfect examples of this are the tracks ‘Fuego‘, ‘What You Do’, ‘Hyperspace‘ or ‘Starflight‘, all released via CYB3RPVNK.

‘Tiger’ brought together not only R3HAB and Skytech but also another Polish talent, Fafaq. On his CV, already fit works like ‘Stay‘ and ‘Teenage Crime’, which were part of the main theme of Tomorrowland Unite 2017 and the after-movie of Tomorrowland Winter 2019. Accustomed to quality collaborations, he now joins Skytech to prove to the industry that music is what matters most. About this project, which he now reveals along with a bombastic single, Skytech says:

‘I’m very excited about this collaboration. It marks the beginning of a new chapter for Fafaq and me as a duo as we set out to create our new sound for 2021. We’ve been working on a bunch of ideas lately, and soon you’ll hear more of our works. They’re groovier than ever. Hopefully, we’ll release an EP towards the end of the year for this new side project. I’m super happy we’re back in the studio together. After all, music is All That MTRS.’

The first-born son of this project, ‘Lose Control’ is a fitting dedication to the energy of Skytech and Fafaq and promises to brighten everyone’s day or night. The track is a boost of energy and good mood with a touch of urban roughness brought by Saga’s rap vocals. The singer’s voice is affirmative and peremptory, commanding you to lose control. The rhythm of the song winds into a cadence of bouncy synths mesmerising as the driving bassline transfers us to another dimension. ‘Lose Control’ is modern and elegant, proving that it is possible to make music full of taste and class under the big room umbrella. It’s an extraordinary start for All That MTRS and the first of many high-level tracks, hopefully.

Let yourself lose control with this exquisite and energetic ode to dance music below: