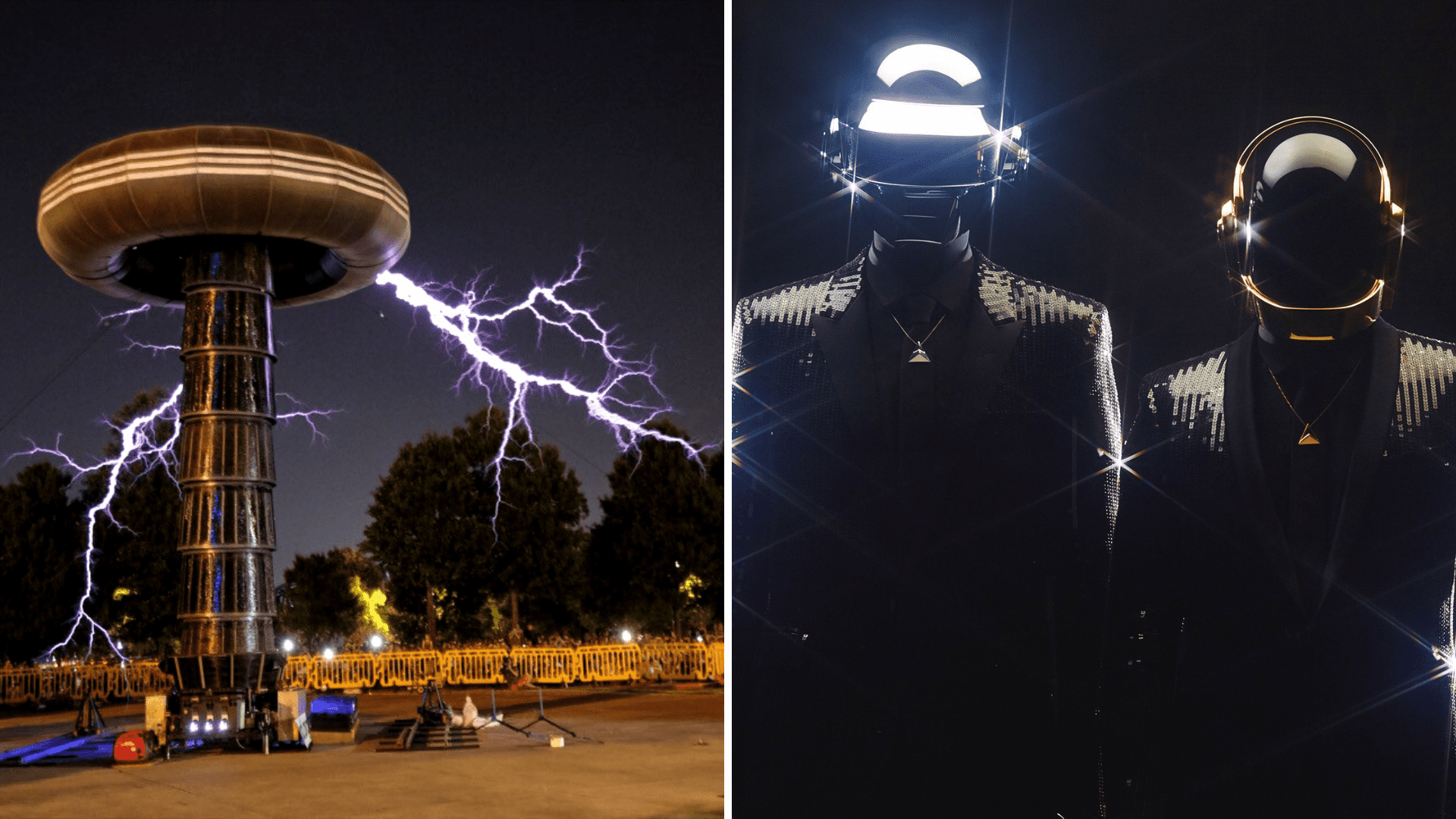 Electronic artist Franzoli Electronics created one of the most innovative covers of iconic Daft Punk track ‘Around The World’, using a set made of Tesla coils.

More than a month has passed since legendary French duo Daft Punk announced their split. However, what seemed to be the end of the electronic pioneers, seems to be a restart of their success, as the heartbreaking announcement has given a renewed spotlight to their entire discography and heritage. After many artists have paid a well-deserved tribute to Daft Punk, it’s Franzoli’s turn to do so too, but in an unimaginable way.

The Testa coils are not a musical instrument, but Franzoli’s recreation of the classic ‘Around The World’ makes us reconsider this conception. A Tesla coil is a radio frequency oscillator that produces high voltages at low currents. They produce a sound that comes from the vibration of air molecules. Describing the process a little further, a Tesla coil emits sound by switching on and off every second, causing air molecules around to heat up and vibrate. But how to turn this sound emission into music? That is a mission for an expert. Carefully adjusting the phase, pulse with and firing frequency, Franzoli was capable of delivering an amazing and creative recreation of Daft Punk’s 1997 hit ‘Around The World’. Sharing his expertise, the artist explains:

‘For those who did not understand what is going on this video, here’s a brief explanation. The main loud music really comes from the tesla coil sparks. They are literally playing the music due to the programmed phase, pulse width and firing frequency! So, there are no speakers, no audio/video special effects. It looks even better in person and sounds almost the same, just louder than people expect!’

The sound of the Tesla coils eerily resembles the original sound of the robot duo. This was not the first Daft Punk track to be reproduced in this way. In 2018, Franzoli had already shared a cover of ‘Harder, Better, Faster, Stronger’. It is worth visiting this artist’s YouTube channel and seeing the other works he has recreated. You will find well-known names such as Queen or Alan Walker.

Let yourself be electrified with the unbelievable video of Franzoli playing ‘Around The World’ below: