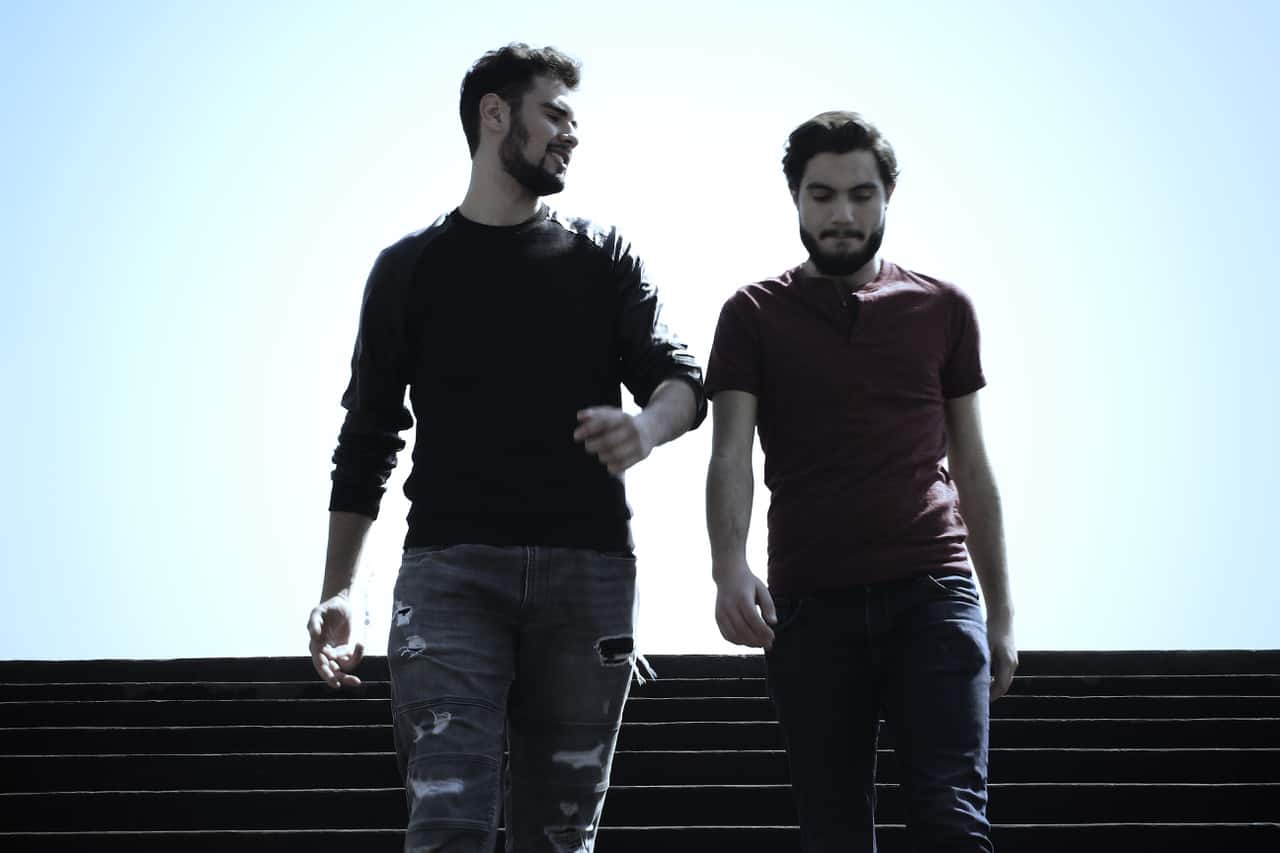 Fast-rising DJ/production duo HAJJ have dropped their stunning new single ‘Don’t Let Me Go’, a production initially crafted during lockdown, with the inspiration of soon returning to the festival scene once more. Made up of two cousins from Mexico City, HAJJ is the musical project which has proved inclusive to just about everybody on account of the pair’s dynamic versatility in the studio, verging between several sub-genres such as house, pop, and always blessing each release with a melodic feel-good vibe. Signing to the revered +Mas label with their new single, ‘Don’t Let Me Go’ follows a hot streak from HAJJ, who also received widespread plaudits from the likes of Hardwell, Dannic, Will Sparks, Angemi, and Protocol Records boss Nicky Romero, all of whom have supported the pair in the past.

Famed for their funky groove-led sound, the pair sprinkle inspiration from the big-room boom of the mid ‘teenies’ decade to evolve their studio productions into a main-stage ready sound, and with huge success to date, having played at EDC Mexico, Ultra Mexico, Dreamfields, and Medusa in Spain since their 2017 debut. Making fast strides in their career so far, HAJJ (A.K.A. Ricardo Hajj Aldana & Ricardo Cortes Hajj) are certainly no strangers to the world of ‘A-List’ and have also shared stages with the likes of Tiësto, Armin van Buuren, Axwell, Steve Angello, Alesso, Afrojack, Dimitri Vegas & Like Mike. This one is sure to prove one of this Summer’s most-played hits, but don’t just take our word for it! Connect with HAJJ now via socials to stay tuned to the pair’s next moves, via Facebook, Instagram, Twitter, and their official website. Topped with an atmospheric female vocal, you can listen to ‘Don’t Let Me Go’ below, and head over to our social media channels to let us know your thoughts on this rasping new banger!