It was just less than a week ago that Australian electronic act RÜFÜS DU SOL announced their biggest headline show taking place at Los Angeles’ Banc of California Stadium. Today, during a secret pre-sale and in the official pre-sale, tickets sold out for their November 12th headline show. The general sale for this show was going to be taking place on Wednesday, April 14th, and sold out two days before.

Due to the high demand for the electronic trio, there has been a second show added for Saturday, November 13th. General public on-sale will be available on Wednesday, April 14th at 12:00 PM PST. If you signed up for the pre-sale and did not get tickets, you will be able to buy tickets from 11:00 AM – 12 PM PST that same day with a special code sent to your email.

Selling out a stadium for RÜFÜS DU SOL is a major achievement, and we can expect the same result for the second night. The Australian act has become a must-watch performance over the years. Teasing new music on their original announcement, fans are eager to experience it live. The shows will feature Flight Facilities as guests and special art installments by Lightning in a Bottle producers, DoLab. Make sure you get your tickets for night two here. 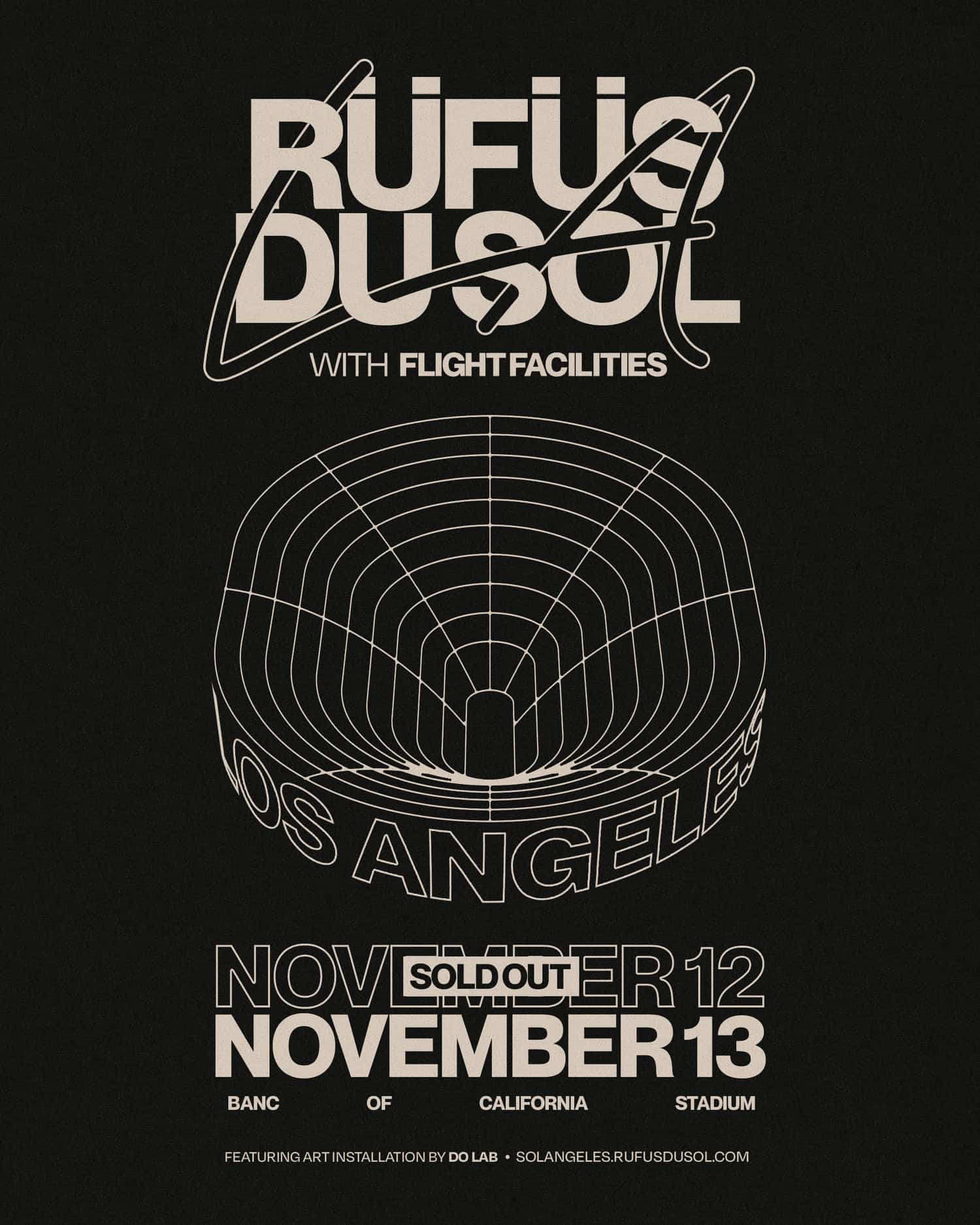