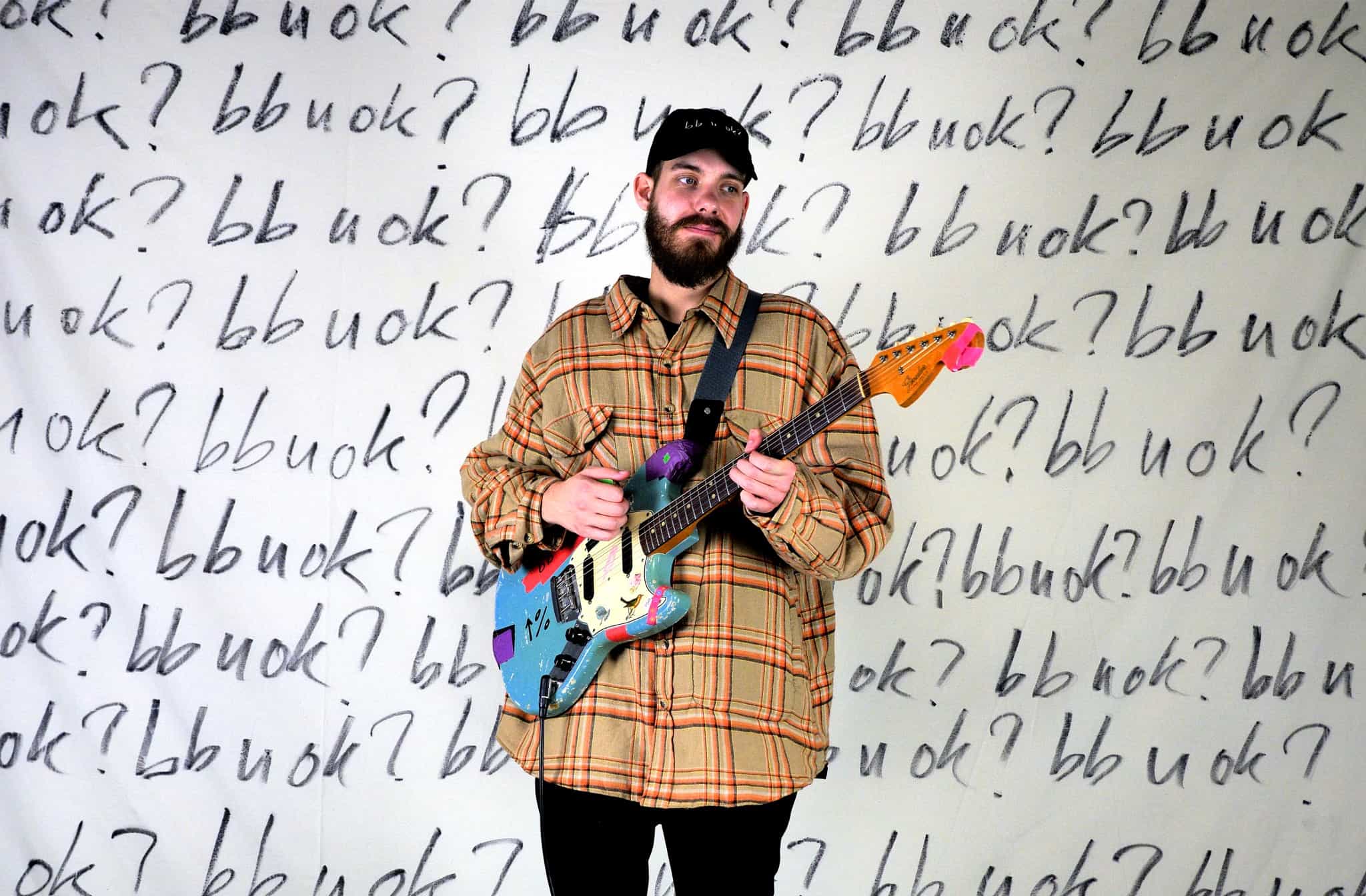 Continuing the excitement for his second studio album ‘bb u ok?‘ dropping on May 21, San Holo has released not one, but two brand-new singles from the album. The choice to release two singles was a last minute decision, but fans have been more than happy about the decision, and thus comes ‘black and white’ and ‘MY FAULT’.

‘black and white’ retains the dreamy guitar sound which is a theme throughout this album, and can also be found in his past work. Representing an emotional time in his life, his ability to translate those experiences into music is part of what makes his productions so unique, real and raw in a way that allows the listener to strongly connect with them. It features a drop that allows the listener to dance, but isn’t just a dance track. It allows for real connection and deep feelings to be felt.

‘MY FAULT’ is also emotional, but heavily focuses on nothing but San’s vocals and his guitar without any use of standard electronic tracks. There’s certainly no dry eyes when this track is played. About this track, San Holo says:

“’MY FAULT’ is probably the most personal song I have ever written. It’s a song about a chapter in my life, a relationship with the highs and the lows. Being on the road a lot and with music was my number one goal. I was always skeptical about getting into a relationship and was worried that I wouldn’t be able to fully give myself to someone. I can’t commit and don’t fall in love easily until it happened to me recently. […] Writing these songs really helped me get back on track. The first few days I was in Los Angeles writing this album, I really struggled to find something that made me feel good musically. MY FAULT was finally the first song I did for bb u ok? wrote and was really passionate. In many ways, that was the starting point for the album.”

Singing and producing from the heart, these tracks are little slices of San Holo’s life, and he’s sharing them with us. Watch both music videos for the tracks below, and also check them out on Spotify along with the previously released singles.