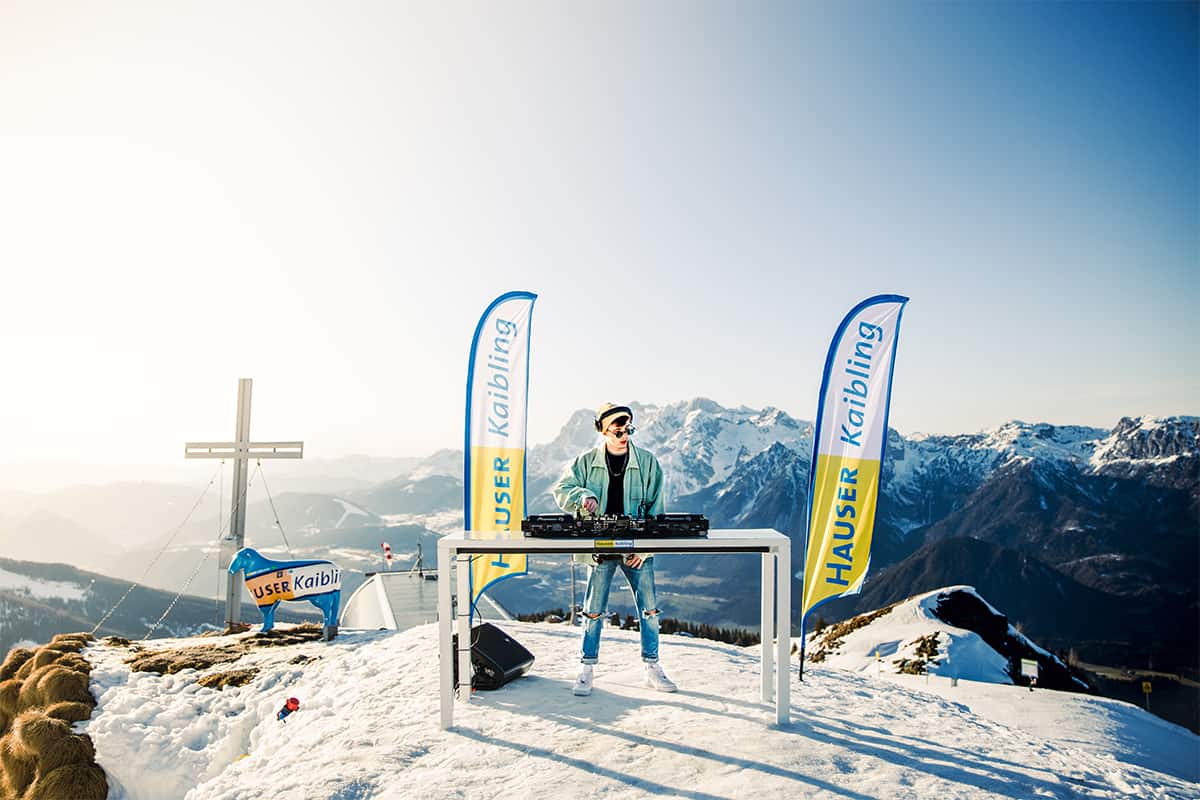 Following up his first original production of 2021, Toby Romeo recently enjoyed a very special live set on top of the Hauser Kaibling mountain in Austria.

Off the back of an outstanding release with esteemed German producer Felix Jaehn and FAULHABER in ‘Where The Lights Are Low’, young Toby has taken himself to new heights (quite literally), kicking of his new outdoor live stream series with a searing performance atop the stunning Hauser Kaibling mountain. Not only a breathtaking visual performance featuring six camera angles and awe-inspiring drone shots, Romeo bought his musical a-game, performing all number of bootlegs, mashups, remixes and originals alike.

With staggering mountain ranges as his backdrop, he took on mammoth tracks such as ‘The Business’ (Tiësto), ‘Alive’ (YTRAM & Citadelle) and ‘Calling Out’ (Seth Hills & Vluarr) in the 30-minute mix. He closed out the set in emphatic style, blasting his Felix Jaehn and FAULHABER collaboration, ‘Where The Lights Are Low’, a track in high demand with 20,000,000 streams on Spotify alone already.

So far, the precocious talent has had quite a year, with seven exhilarating remixes already under his belt, including reworks of mentor Jaehn’s hit singles, ‘No Therapy’ and ‘SICKO’. Fans wishing to hear more from Toby can now look forward to a highly-anticipated upcoming performance from at July’s Electric Love Festival 2021 in Salzburg, Austria. As we look forward to that, be sure to enjoy the young prodigy, Tony Romeo, performing a live set on top of the world, below!