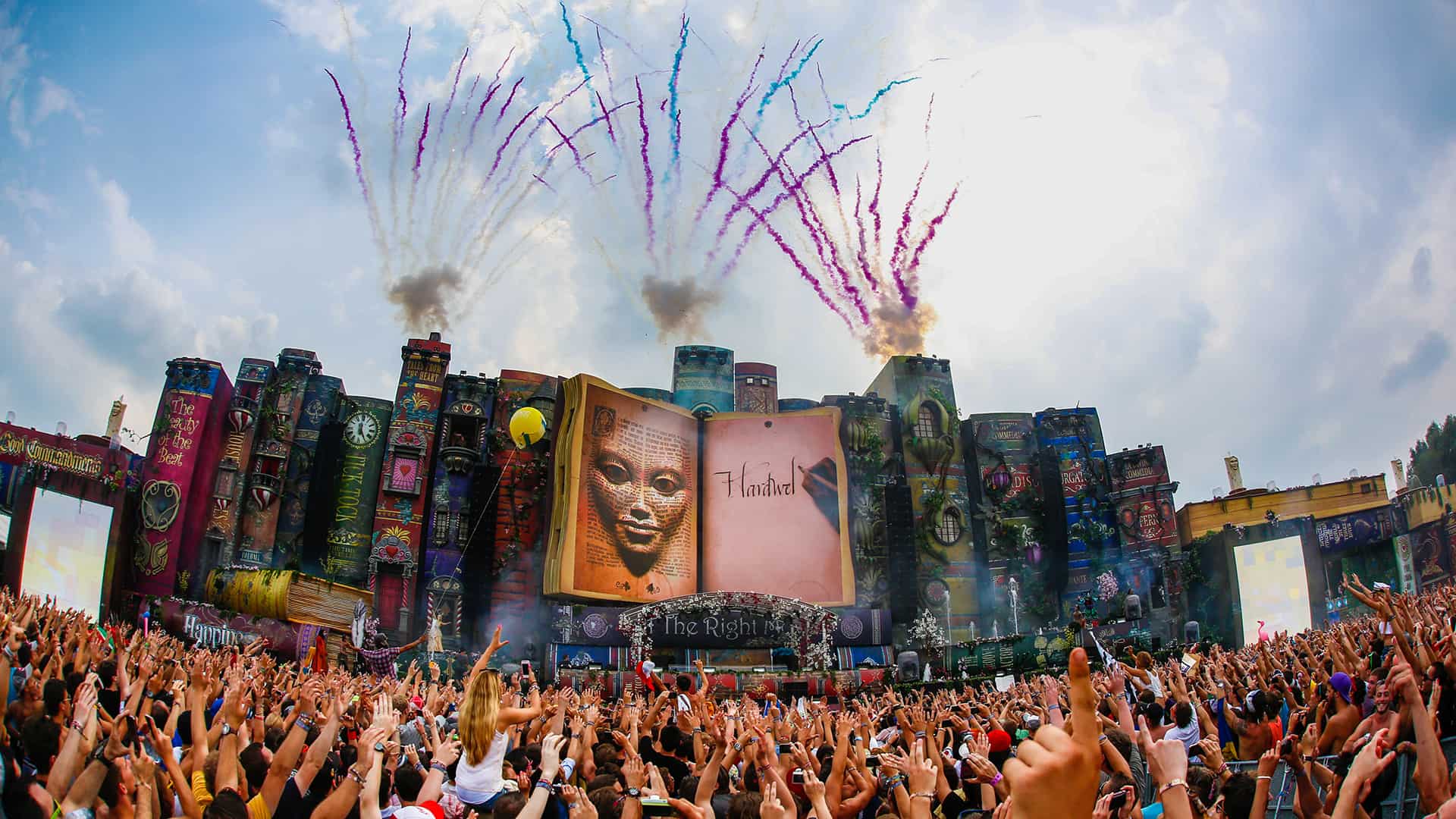 While we wait for the thrill of returning to stomp on the holy grounds of Boom, Tomorrowland warms our souls with a nostalgic ‘Down Memory Lane’ trip. In 2019, the People of Tomorrow experienced the reissue of one of the most iconic tracks from what is one of the biggest music festivals in the world, but now let’s go back in time to the origin of ‘The Book of Wisdom‘. The first chapter of what still remains one of the most important paragraphs in Tomorrowland’s history was written in 2012. 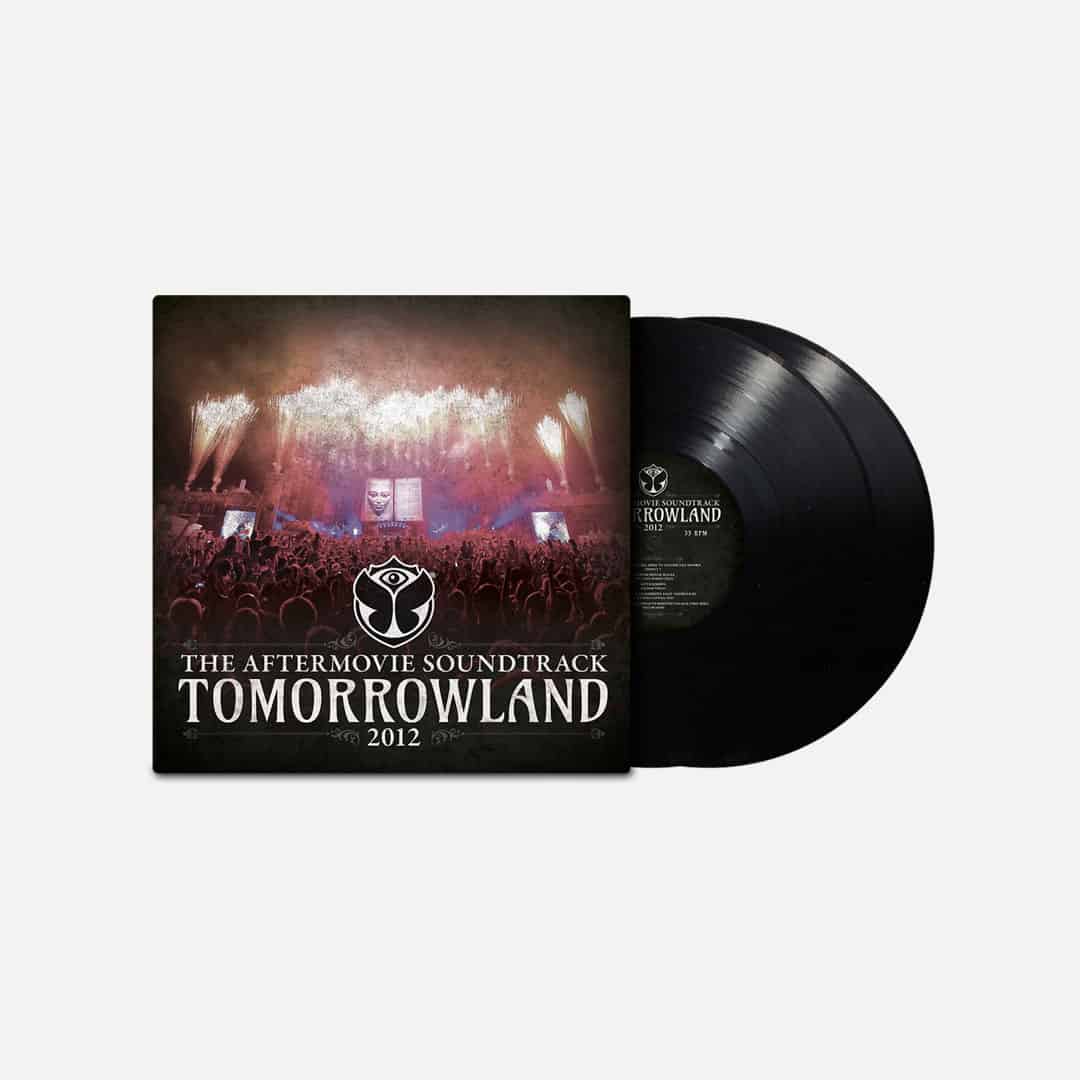 Now, in a well-deserved and nostalgic tribute to ‘The Book of Wisdom – The first chapter’, TML by Tomorrowland, the apparel and accessories label behind the festival presents a very special and limited edition called ‘2012 Tribute Collection’. This commemorative line features a vintage clothing line inspired by ‘The Book of Wisdom’ theme and also exclusive vinyl compilations that gathers the most iconic tracks of the 2012 edition. Irresistible for any vinyl collector, the ‘2012 Aftermovie Soundtrack’ 2LP vinyl set comes wrapped in beautifully detailed packaging and features a magnificent tracklist by Dimitri Vegas & Like Mike, Laidback Luke, Steve Aoki, Swedish House Mafia, Yves V and many more.

The apparel line is developed in four statement pieces, including three t-shirts, a hoodie and a couple of irresistible accessories. All these pieces complete a bold and vintage look, alluding to one of the most legendary themes in Tomorrowland’s history.  Each design features a large screen-print of the 2012 mainstage on the chest, to relive ‘The Book of Wisdom’.

In the name of the revival, and for all those who were not lucky enough to be dancing in this 2012 edition, let’s list some of the most interesting facts from ‘The Book of Wisdom – The first chapter’ edition. The mainstage at Tomorrowland 2012 was a giant bookshelf with one of the centre books coming alive and speaking his wisdom with the crowd. This stage measured 130 meters in width and 28 meters in height. 2012 was the year that Tomorrowland officially became the most global festival on earth, receiving the ‘Best Music Festival‘ award. This title had been perpetuated by the number of visitors to that edition. When online ticket sales opened, two million people tried their luck at buying a ticket, a number 10 times higher than the number of tickets available. Tomorrowland’s YouTube channel was also launched that year, making it the most-watched festival on the planet thanks to the 8 million people who watched the first-ever livestream of the festival. The 2012 aftermovie remains the most-watched in all of Tomorrowland’s history, an edition in which party flights and the ‘Global Journey’ programme also began. Also of note was the star-studded line-up for ‘The Book of Wisdom – The first chapter’ which featured 400 artists playing on 15 different stages each day, including Armin van Buuren, Afrojack, Avicii, Carl Cox, David Guetta, Dimitri Vegas & Like Mike, Hardwell, NERVO, Skrillex, Steve Aoki, Swedish House Mafia and many more.

Step into this incredible Tomorrowland time machine and grab one of these nostalgic treasures here. As a soundtrack, enjoy the mindblowing aftermovie from 2012 below.