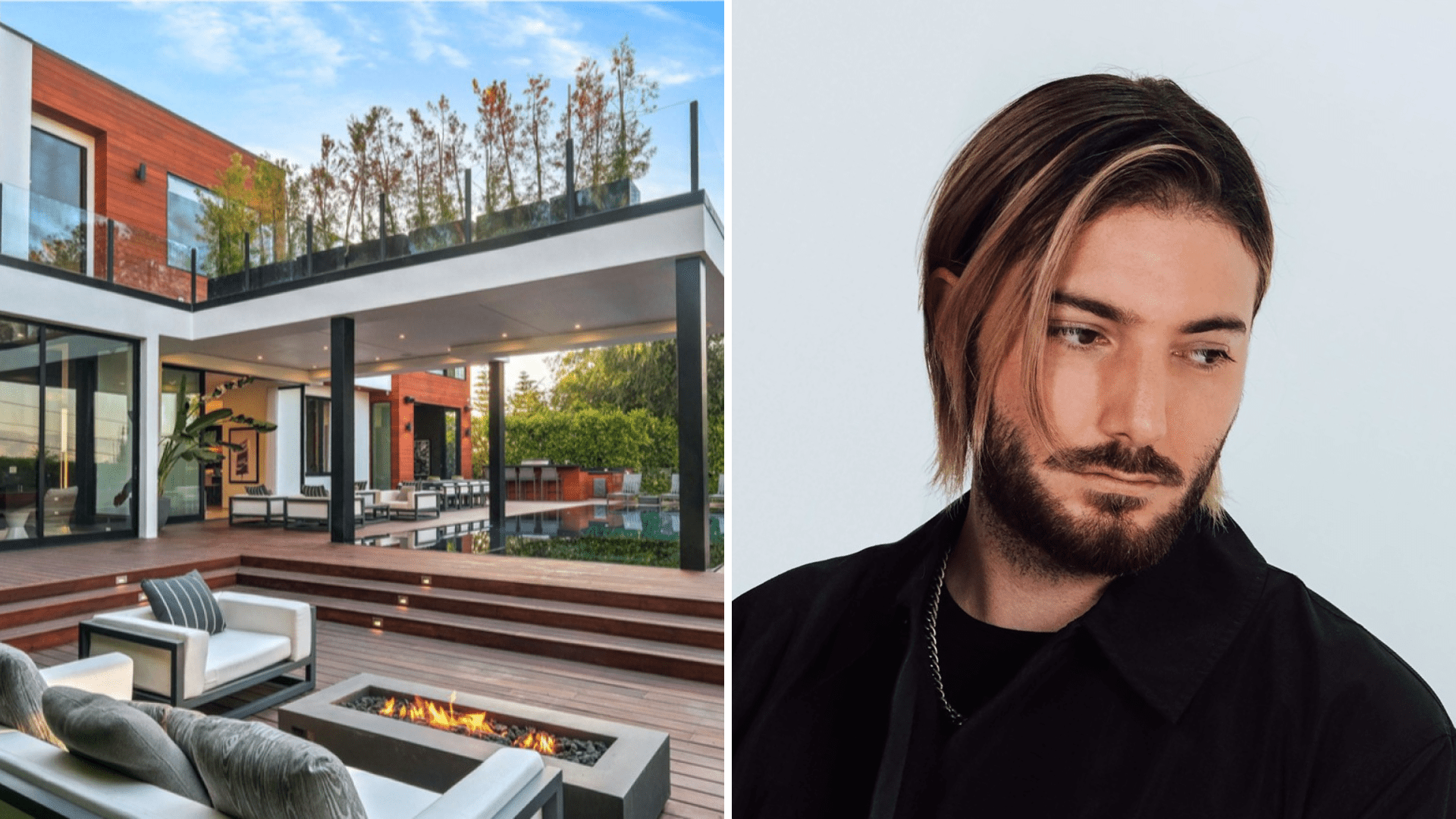 Swedish go-to Alesso has put his Los Angeles mansion up for sale.

Hitting the property market and sure to turn heads, this custom-built architectural pad is perched in the hills of Studio City and has a staggering price tag of $6.495 million dollars. However, once you’ve taken a look at the pictures, both inside and outside, it’s easy to see why you need to cough up the cash. The property was built in 2017 and features a white exterior alongside warm wood and glass. This delicious abode resides on a third of an acre and Inside, you’re instantly met with 14-foot high ceilings, curated furniture and chandeliers atop modern and open spaces. Head outside to the backyard and you will find a swimming pool and sauna – no doubt the perfect way to relax and unwind once you’ve finished touring and performing on mainstage all around the world. It’s been reported that the house is now valued at $670,000 more than it was in 2018.

The Los Angeles mansion has been home for Alesso over the past three years. With a new buyer snapping up the property in due course, we’re wondering where the record producer plans on settling into next. Another Los Angeles property? His homeland Sweden? We’ll let you know when we find out.

For Alesso, the DJ continues to do what he does best; and that’s keeping his dedicated fans entertained. Just recently, the producer announced that he will be taking over the Wynn in Las Vegas as a resident for the 2021 season. In other recent news, the Tim Bergling Foundation has recruited Alesso as part of a new scheme with Save The Children. As we head into summer, you can expect that Alesso has plenty of new music, performances, and much more in store for us all. Make sure to check back from time to time for the latest news on your favourite Swedish superstar!