Eric Prydz has enjoyed a special relationship with the people of the United Kingdom for many years now, bringing his ‘EPIC 5.0’ show to Victoria Park in 2017, before dropping his ‘HOLO’ performance in London‘s Finsbury Park in 2019. Now, continuing the theme of airing a huge new U.K show every 2 years – sandwiched between his various sets in the Creamfields Steel Yard – Pryda himself is bringing an all-star cast to the setting of Alexandra Head in Cardiff Bay on Saturday 18th September 2021. The Welsh venue will host a very special ensemble of ‘Prydz & Friends‘ as Swedish maestro Eric (aka Cirez D) brings GRAMMY-nominees Camelphat to Wales following a stellar half-decade for the Liverpudlian duo. Fizzing their way to mainstream success with ‘Cola’ on DEFECTED in 2017, the Camels have since become A-List names in the dance music scene, and even aired their ‘Dark Matter’ album last year, which included anthems such as ‘Panic Room‘ and Noel Gallagher collaboration ‘Not Over Yet’.

Also joining this glittering billing will be deep progressive mastermind, Cristoph. With Prydz himself taking the British talent under his wing in recent years, Cristoph has spoke glowingly of the influence that the Swede has had on him, even listing him as a support act for his Ibiza residency. But now, after anthems like ‘Voice of Silence’, Cristoph has emerged as a superstar in his own right, bringing us whoppers like Anjuna anthem ‘SFB‘ and Franky Wah collaboration ‘The World You See’. Speaking of Franky… The fast-rising talent will also be in attendance at this one! After performing on the Creamfields Arc stage in 2019, Franky has become one of the most popular producers in modern electronic music. Yousef, and Syreeta, complete the billing this one, but with many ‘special guests’ also promised, we can’t wait to see what event organisers Soundcrash, Treatment & Louder have got up their sleeves. You can find full details via TitanCardiff.co.uk. 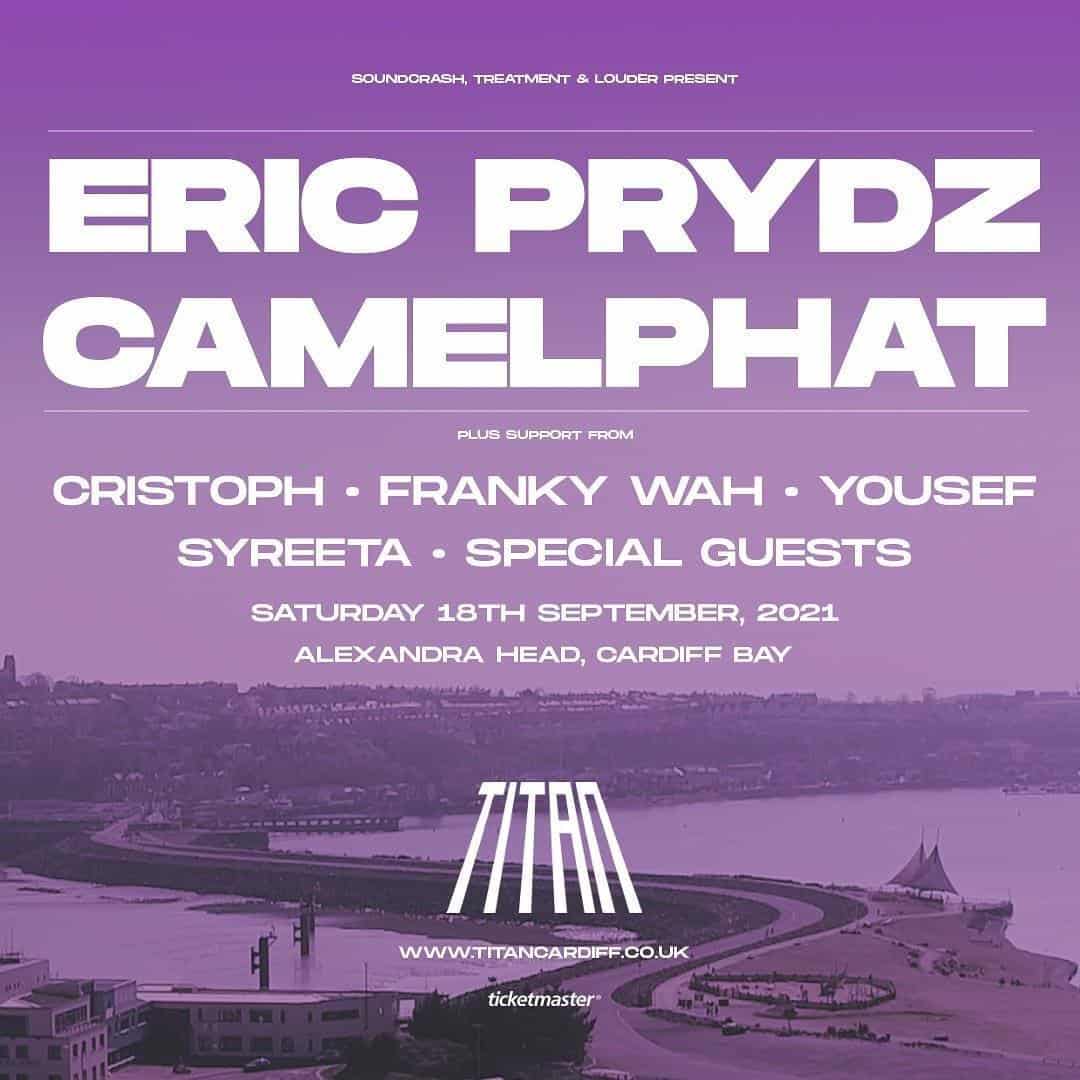