Not long ago, ILLENIUM announced yet another special set of shows for this year, following his destination event Ember Shores in Mexico and another three-night run of Red Rocks shows (both shows are sold out). The latest event was announced to be called TRILOGY, his biggest ever show that will take place at Las Vegas’ newest events space Allegiant Stadium. The TRILOGY show is compiled of the producer performing three sets in one night for each of his albums ‘Ashes’, ‘Awake’ and ‘Ascend’. Now, some interesting revelations have come to light about the July 3 show.

This will be the biggest show of my life!! So grateful for all of YOU who have made this possible! I can’t wait to play in a stadium full of illenials on July, 3rd ❤️

ILLENIUM certainly has something to be proud of, as this show will be the biggest headlining performance by a single electronic artist in American history. Breaking boundaries, the show will have a capacity of 65,000 beating out other prestigious venues such as Madison Square Garden (20,789 capacity), Red Rocks (9,525) and Hollywood Bowl (17,500).

Using this show as a final farewell to the first three eras of his music and live shows, he is doing it in spectacular style. About the TRILOGY event, he says:

“The Trilogy idea for me has always been the celebration of the end of this chapter. My plans were to take it on tour last year but the pandemic wouldn’t allow it. So we’re going to do it in one huge show, three sets, and it will be the biggest show I’ve ever done. I’m beyond excited to be able to do this in Las Vegas. It will be insane.”

This event comes just in time for the release of his brand new album titled ‘Fallen Embers’ which is brought to us on July 16. Want to be a part of this huge chapter in ILLENIUM’s career? General sale tickets go on sale this Thursday 27 May at 10:00am PDT and you can grab yours here. 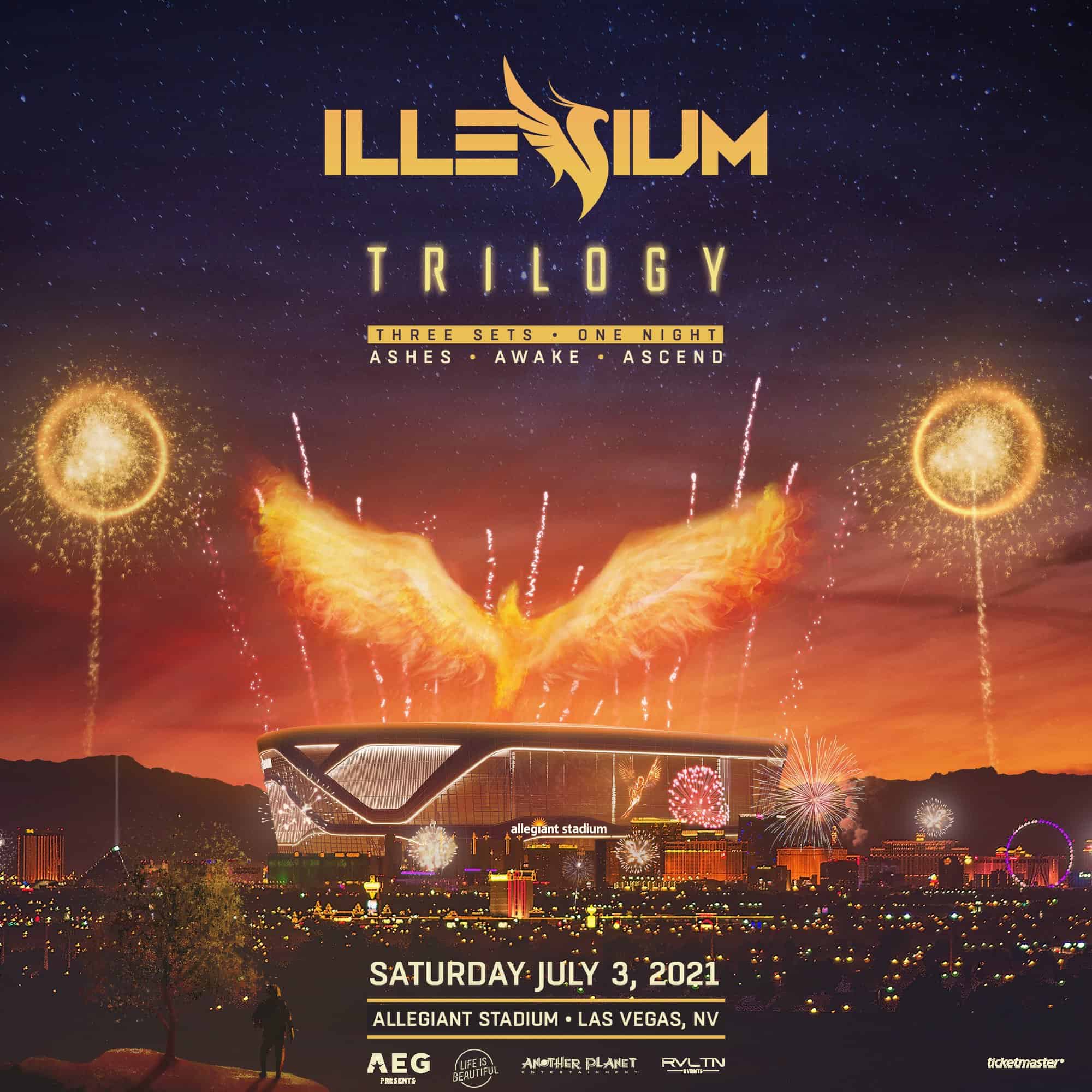