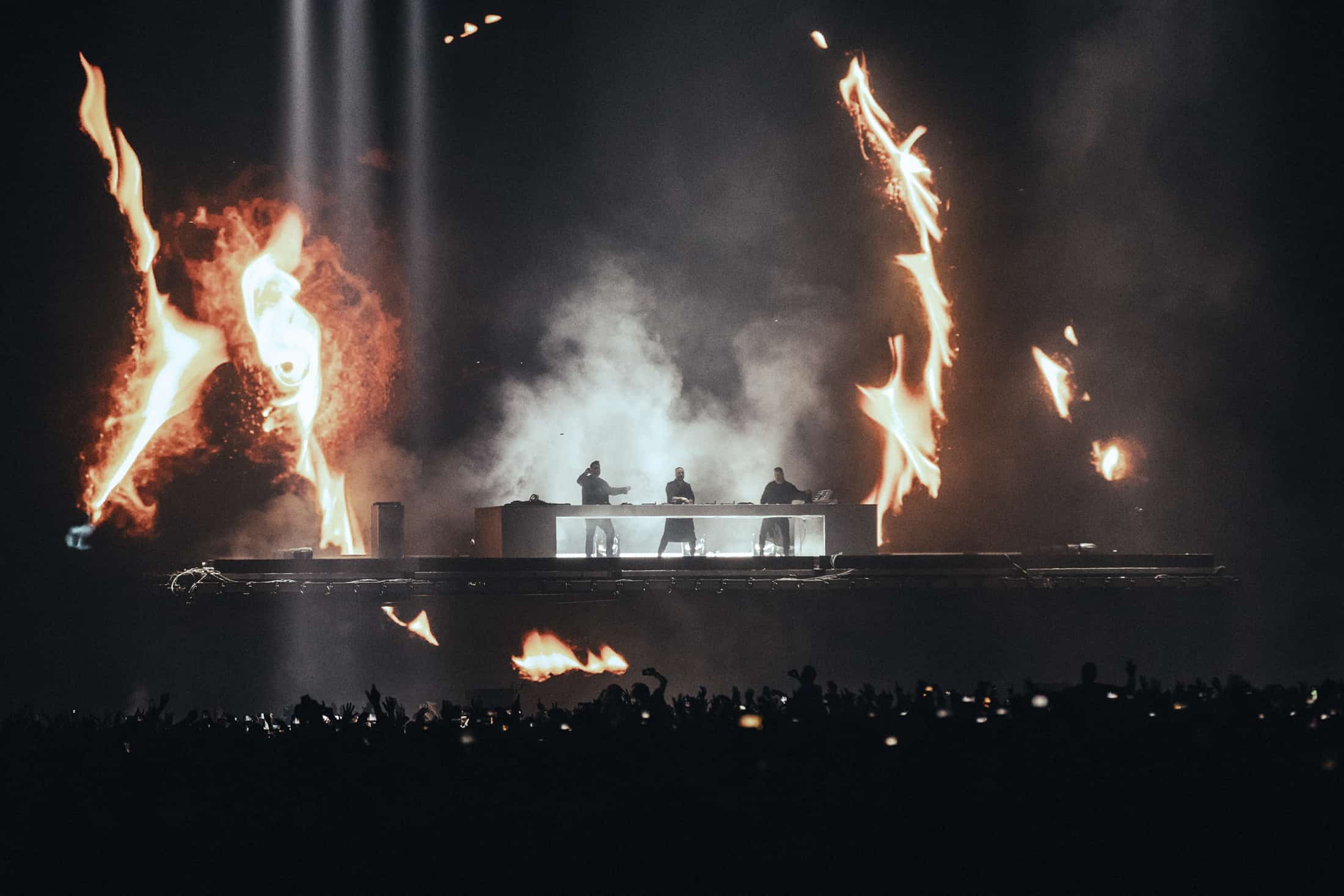 Two years ago, iconic trio Swedish House Mafia performed three sell-out shows at the Tele2 Arena in their hometown of Stockholm. Just over a year after their reunion at Ultra Music Festival in Miami, which shocked fans all over the world, Axwell, Sebastian Ingrosso and Steve Angello performed three nights in a row to an international crowd of their most dedicated supporters. These shows marked the trio’s debut solo performance in the midst of their second innings, which meant that the pressure was well and truly on. Expectations were higher than ever. The return of one of electronic music’s most pivotal trios demanded a truly epic show, and much to the delight of their fans, they well and truly delivered.

The shows encompassed a myriad of Swedish House Mafia classics, blended together with fresh IDs. Sadly, the new music previewed at these shows is still yet to see the light of day, but fans continue to predict when we may see a glimpse of new music from the trio. Despite this, the Stockholm shows remain a positive memory in the minds of fans. In fact, the show was so monumental that it will no doubt go down in history as one of electronic music’s finest hours.

Two years on from the Stockholm shows, so much has changed in the electronic music industry. In terms of Swedish House Mafia, fans continue to await new music, with many becoming hostile towards the trio through impatience. However, the trio were recently seen in the studio together, causing hopes of new music to reignite amongst their most dedicated fans. As rumours continue to swirl, the expectation of new music becomes more palpable every day. Whether or not we’ll hear new music from Swedish House Mafia soon, their Stockholm shows will be remembered as a true high point for the group.