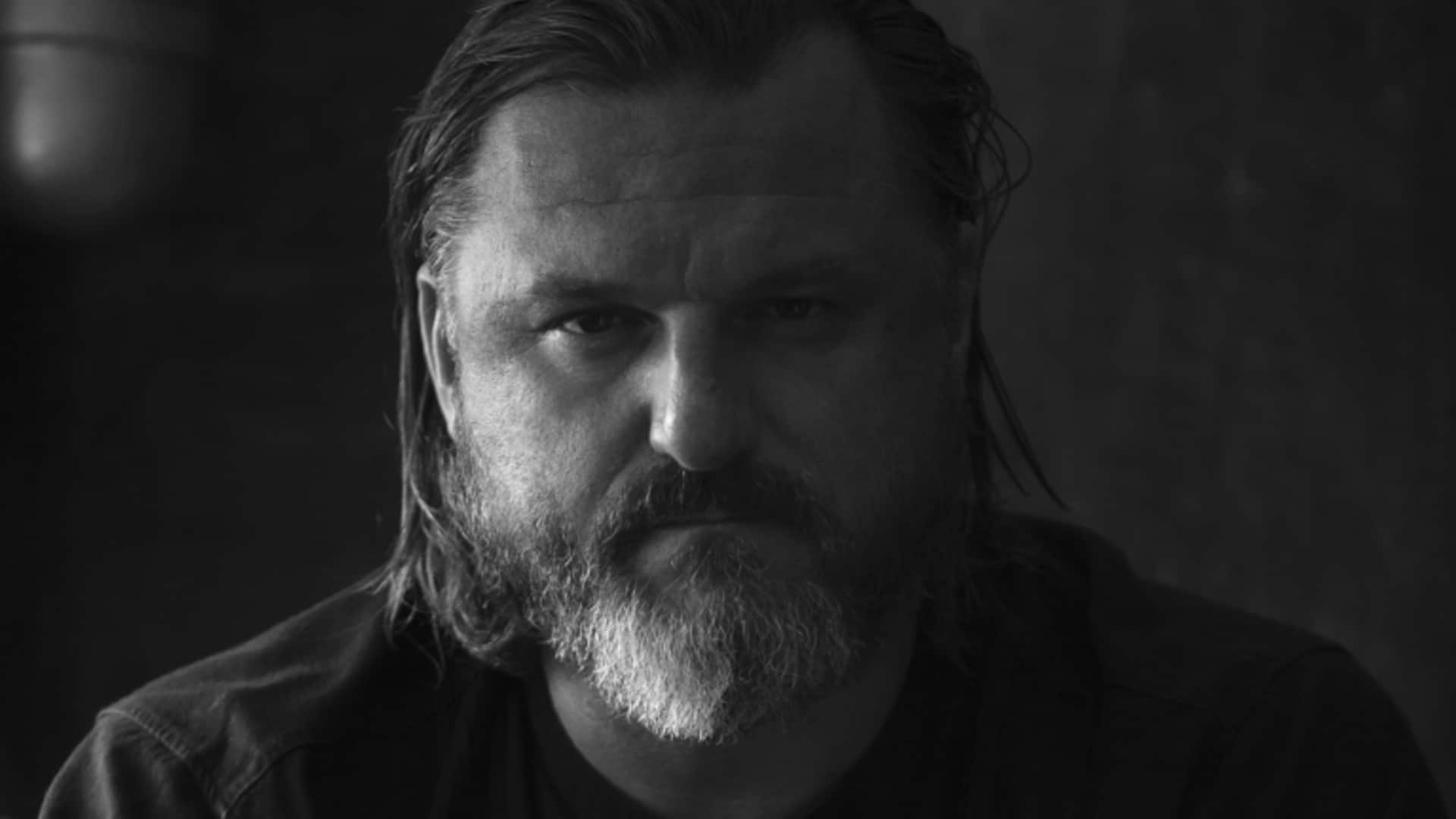 Solomun delivers a heartfelt devotion to music on ‘Nobody Is Not Loved’: Album Review

Today, 28 May 2021, is a momentous day for Solomun and his huge community of fans. Almost 12 years after ‘Dance Baby’, today finally brings us the much anticipated second studio album from one of the most highly regarded maestros in the electronic music world. ‘Nobody Is Not Loved’ is a 12-page distinct love letter, entirely dedicated to music as the caregiver of all souls. This sonic masterpiece was released by NINL, Solomun’s latest imprint, whose name and soul symbolise this eagerly awaited Long Playing.

Mladen Solomun is one of the most well-known figures in the industry, already boasting a long and solid career. Having spent most of his life behind the decks, he has authored several sets that are hard to count and that have multiplied over the years. The magic he works in the booth makes his performances true illusionism shows. You never have a clear notion of how many songs he mixes simultaneously, when a song starts or when it ends. The sets develop in a continuum of magnificent quality, where the appropriation of the songs he chooses is total. Solomun has inspired hundreds of memes and was crowned king of the afterparties. His endurance is enviable, offering endless and seductive sets. His secret is to design his sets to the rhythm of the crowd’s emotions, which he reads carefully during his performances. Solomun works based on this psychoanalysis of ravers, a purist philosophy that drove him out of the scene when the pandemic arrived. The livestreams do not serve his purpose. This break forced by COVID-19 gave him the time he needed to flesh out this 12-track album that now comes to us.

The question is, why so long to release the second album? According to Solomun, music cannot be forced, it happens naturally. ‘Nobody Is Not Loved’ is an inscription that the Bosnian-German artist came across a few years ago and has echoed in his head ever since. There is only one entity capable of loving everyone, in different ways. There is only one key to a total union between humans. That is music. It is on this premise and in a biographical way, that Solomun delivers us a work dedicated to music, its facets, its struggles, its identity. If you are expecting an album full of the typical sound of Solomun’s sets, beware. After more than a decade to emerge, this album brings nothing vulgar or typical. The five singles from ‘Nobody Is Not Loved’ that have been trickling in since October are a good example of this. In this album, Solomun gives us tracks of varied styles and influences, almost like a genealogical tree of his sound. If in ‘Dance Baby’ we saw a work exclusively in his own name, in this album we see a roll of unexpected and interesting collaborations, indispensable to give such a distinct personality to each track. Has our journey with the dance music titan reached its pinnacle with his first album in over a decade? We can’t deny it. The album develops like a set in which the emotion follows in crescendo until it starts to calm down after the climax, to guarantee a safe landing. Let’s dive into each of the 12 tracks of this heartfelt devotion to music. 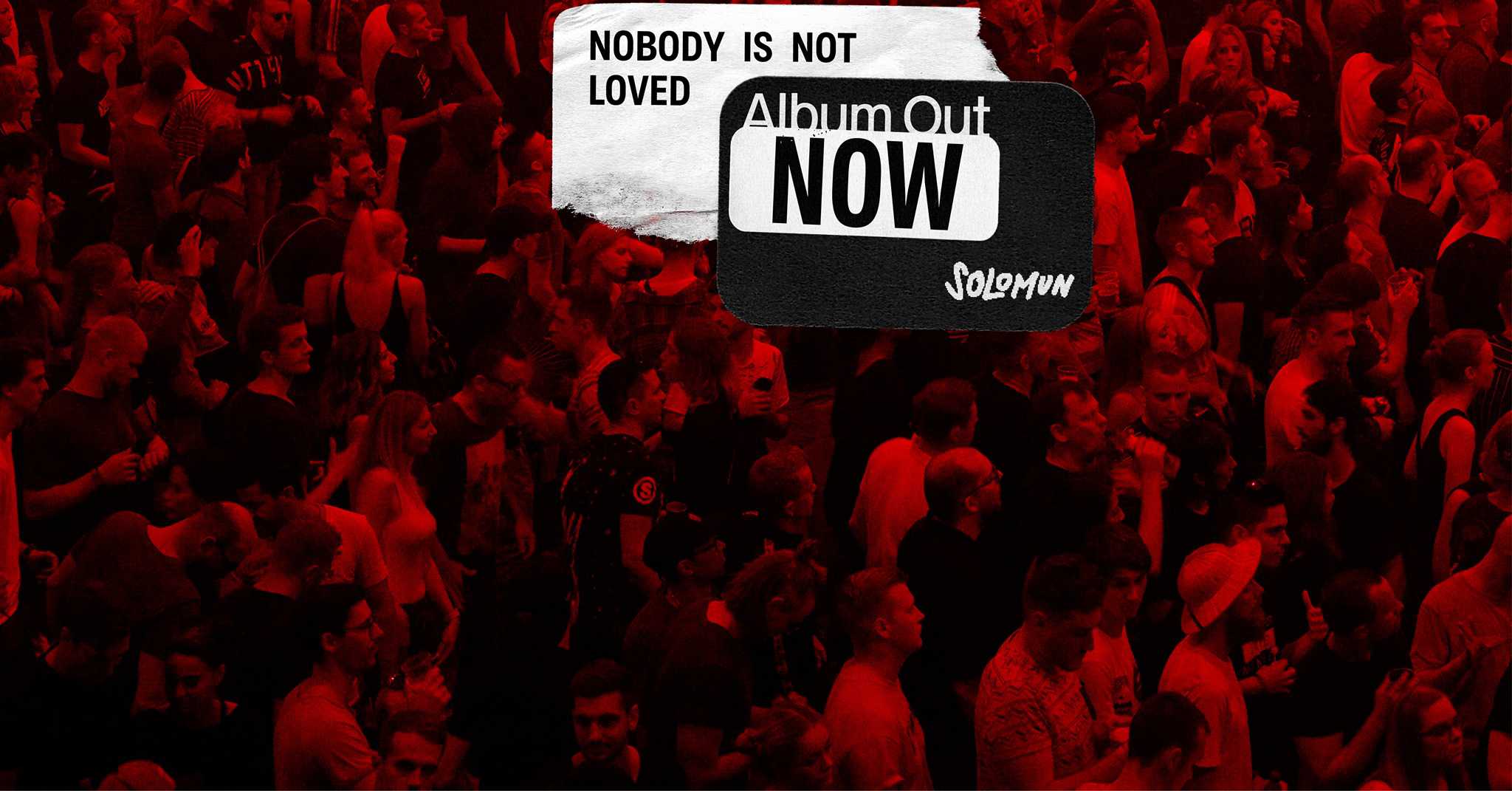 This is the track that starts this journey and one of the most anticipated ones, as it brings Solomun and Jamie Foxx together. ‘Ocean‘ is a soul-dressed track that mesmerises with penetrating horns and a stiff kick. Foxx’s sensual vocals give it a softness and romanticism that contrasts perfectly with the rougher, urban sound Solomun employs on this passionate soundscape. Fluid as water and with a spirit-washing effect, for the producer this record embodies what we are made of: ‘what water is for the body, music is for the soul’.

This was the first cut of the album to be unveiled. It’s a melodic, nostalgic, and very emotional track. ‘Home‘ is an ode to the place where dance and music came from, a dedication to the clubs and venues that immortalise the dancing bodies and the sound of the beat. The track has Solomun’s signature firmly etched and exudes a warm, tribal percussion that wraps us up inside, and possesses us with memories of our best nights on the dancefloor.

Celestial, this track literally makes us levitate. Featuring the mellow vocals of Planningtorock, this scintillating cut captures us with the initial sweet voice to get us moving with a gentle yet very catchy groove. ‘Your Love Gives Me Gravity‘ encapsulates a powerful message that is perpetuated with a punchy and dynamic rhythm. In reverse, the melody leaves us in zero gravity, floating through the echoing vocal. Light as a summer breeze, this is heavy consumption and easy to like.

The Center Will Not Hold

This is a cinematic, atmospherical and passionate composition. Encapsulating the typical soundscapes of the electronic maestro, the track delivers an emotional roller-coaster. The cymbals and the horn awaken our senses, alerting us to the driving rhythm that will kidnap us. This cut sounds particularly personal, like privileged access to Solomun’s soul. 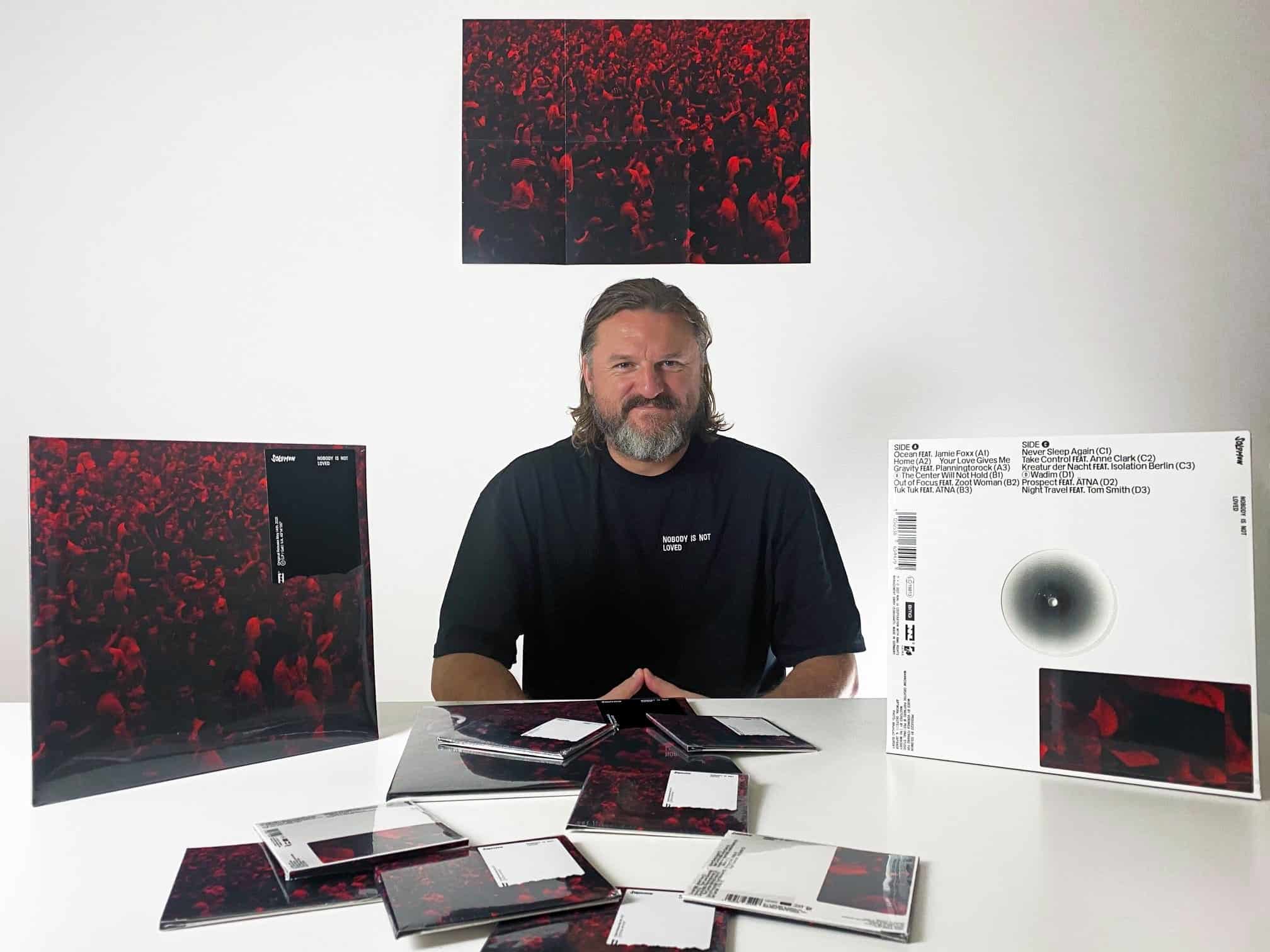 Out Of Focus (feat. Zoot Woman)

This is an indie-dance-infused gem. The beat sounds like something out of a hyped-up private club, falling apart decadently in your ears. Zoot Woman‘s slick vocals dictate the way and serve as an outline for a metallic rhythm, bordering on nu disco. The tempo of the music tricks our senses, making us dance fast to the sound of a melody that seems to go at the opposite speed. It’s lethal, contagious and catchy, able to take our focus away.

Energetic and additive, this is an electro-pop anthem. Can you still remember the last chorus that stuck in your head?  Get ready to have ‘Tuk Tuk‘ echoing in your subconscious for days. The concept was inspired by Japanese ‘sukeban’ (badass girl boss) films and portrays a female assassin. Inéz, the voice of ÄTNA, embodies the main character, metaphorizing the music and its fight against various forces. Urban and dynamic, the track envelops us in a bouncy ride that makes us dance between violent percussion, reverberating bass and steady vocals.

With a dramatic and evocative start, this track throws us into a parallel dimension. The robotic vocoder makes us think of Daft Punk, pushing us into new wave territory. The synths are the protagonists, channelling the post-punk era through an icy, metallic sound. It’s an unsettlingly catchy track, a piece of music that defies the boundaries of musical genres and time. ‘Never Sleep Again‘ is a timeless tune that invites us into a waking dream.

Anne Clark gives voice to this track, serving as a messenger of an important manifesto. As an oracle, she whispers hot and controversial topics, inviting us to a deep reflection on life, values and the control we can have over our existence. The meticulously positioned synths serve as a soundtrack to the message and the rhythm is kept discreetly steady to avoid disruption with the vocal. It is music serving as a conscience to the human being.

This is a punk-inspired tune that exhales the culture of Berlin. ‘Kreatur der Nacht‘ combines the grunge and aggressive spirit of the 80s with the refined sounds and techniques of modern electronic music. With the help of German indie-rock formation Isolation Berlin, Solomun offers a heavy and obscure track that touches our darkest feelings. Powerful and strong, it exhibits pounding snares and a harsh bassline that paves the way for the suffering and heartfelt vocals, that so well embody music’s battle to achieve freedom.

This track is an ode to the melodic techno sound that characterises Solomun so well and marks a change of energy on the album. We get deeper into the feelings of the famous producer as if we were walking through winding tunnels. Dark and mysterious ‘Wadim‘ develops at a very interesting pace. The elements are gradually added, building up to a full-bodied and majestic crescendo. The highs and lows are deliciously unsettling, while the mids guide us towards a melody that reels us in.

We are again graced with the delicate and powerful voice of Inéz, of ÄTNA. The vocals are highly seductive and soaring, mesmerising us with the repetition of the phrases until the rhythm calms down and the voice melts our soul. The beat doesn’t just keep pace with Inéz but challenges her instead. In a duel of rhythms, ‘Prospect’ is atmospheric and soothing. The tone follows the energy of the previous song, serving as an introduction to the last track.

Robotic vocals return to dictate the end of this sonic journey. Featuring Editors’ vocalist Tom Smith, ‘Night Travel‘ describes a lonely, dark and cold journey. The pace of the song evokes a character with a heavy, tired step, a robotic night traveller somewhere in an empty future, looking for some well-deserved rest. It’s a natural slowing down and a soft ending to an album so rich in emotions.

After so much waiting, the puzzle is now complete, letting us know these 12 musical relics. Some waits are worth it if, in the end, they offer such exquisiteness to enjoy. Whether you’re a fan of electronic music, pop, rock, grunge or just Solomun, you’ll find something made especially for you into this beautifully curated album. Listen to ‘Nobody Is Not Loved’ below, without skipping any tracks:

Tags: new album, NINL, Nobody Is Not Loved, solomun
1