Not long ago, Above & Beyond announced that they would once again be returning to Red Rocks and unsurprisingly the show proved to be in hot demand. Selling out almost instantly within minutes, there was no option but to add another date due to popular demand and this is exactly what the trance trio have done.

With the original date being Friday 22 October, the new date is now the day before on Thursday 21 October. This time though, to avoid ticket touts and high resale prices, there will be no pre-sale and tickets will go straight on sale this Friday, 4 June at 10am MT through AXS who’s website can be found here. Ticket prices will start at $65 and will have a strict limit of four tickets per customer. 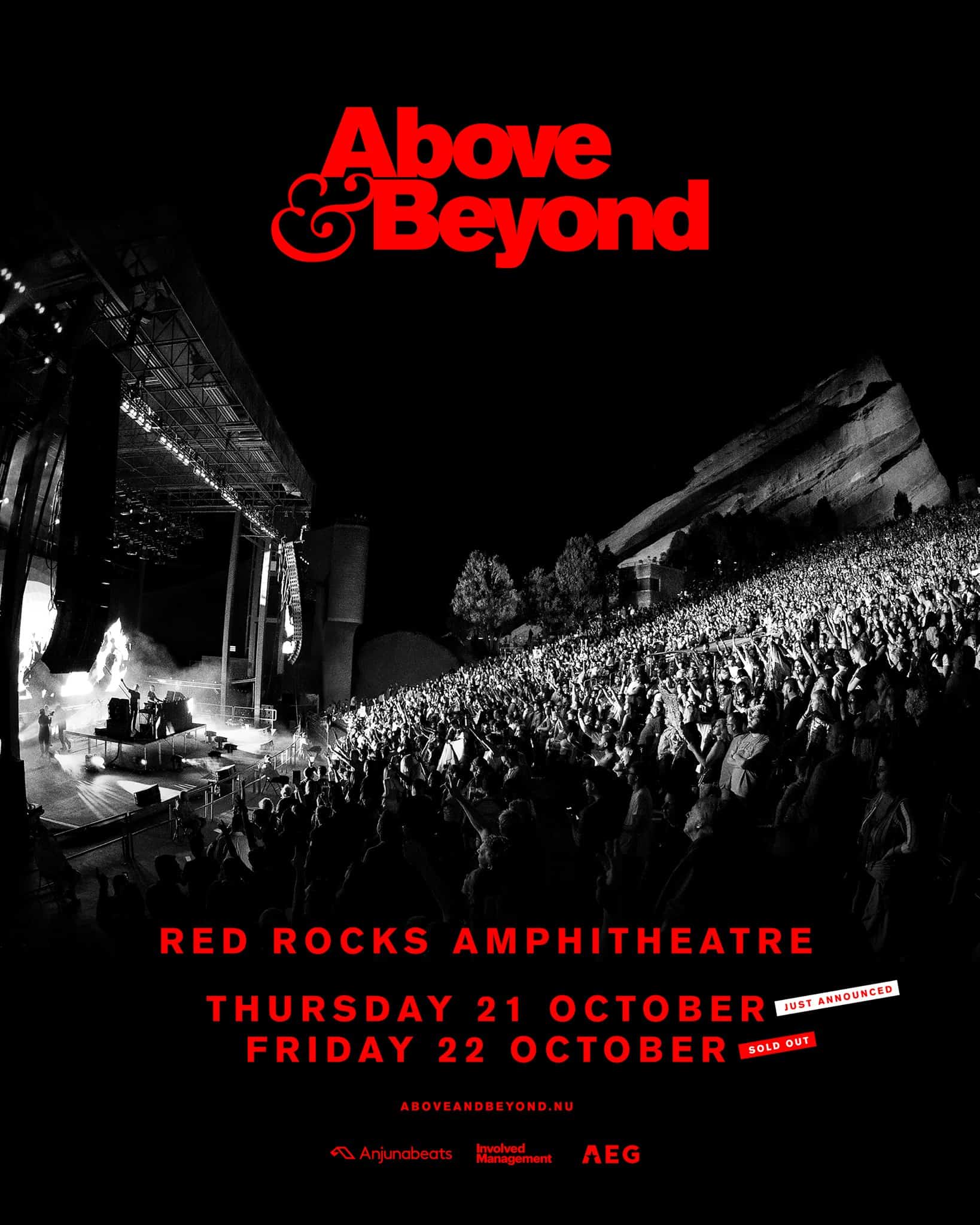 Set to be a spectacular night, past shows of theirs at Red Rocks have included a special yoga set and also guests including Seven Lions, Spencer Brown and Gabriel & Dresden to name a few.

If you cannot join the crowd at Red Rocks, then they have also announced that a short run of USA tour dates will also be announced soon although there are no indications as to when that will be yet. To be the first to know about the short tour, Above & Beyond are inviting fans to sign up for information here.

Image Credit: Red Rocks Amphitheatre (via GettyImages), Above & Beyond (Press / via Facebook)