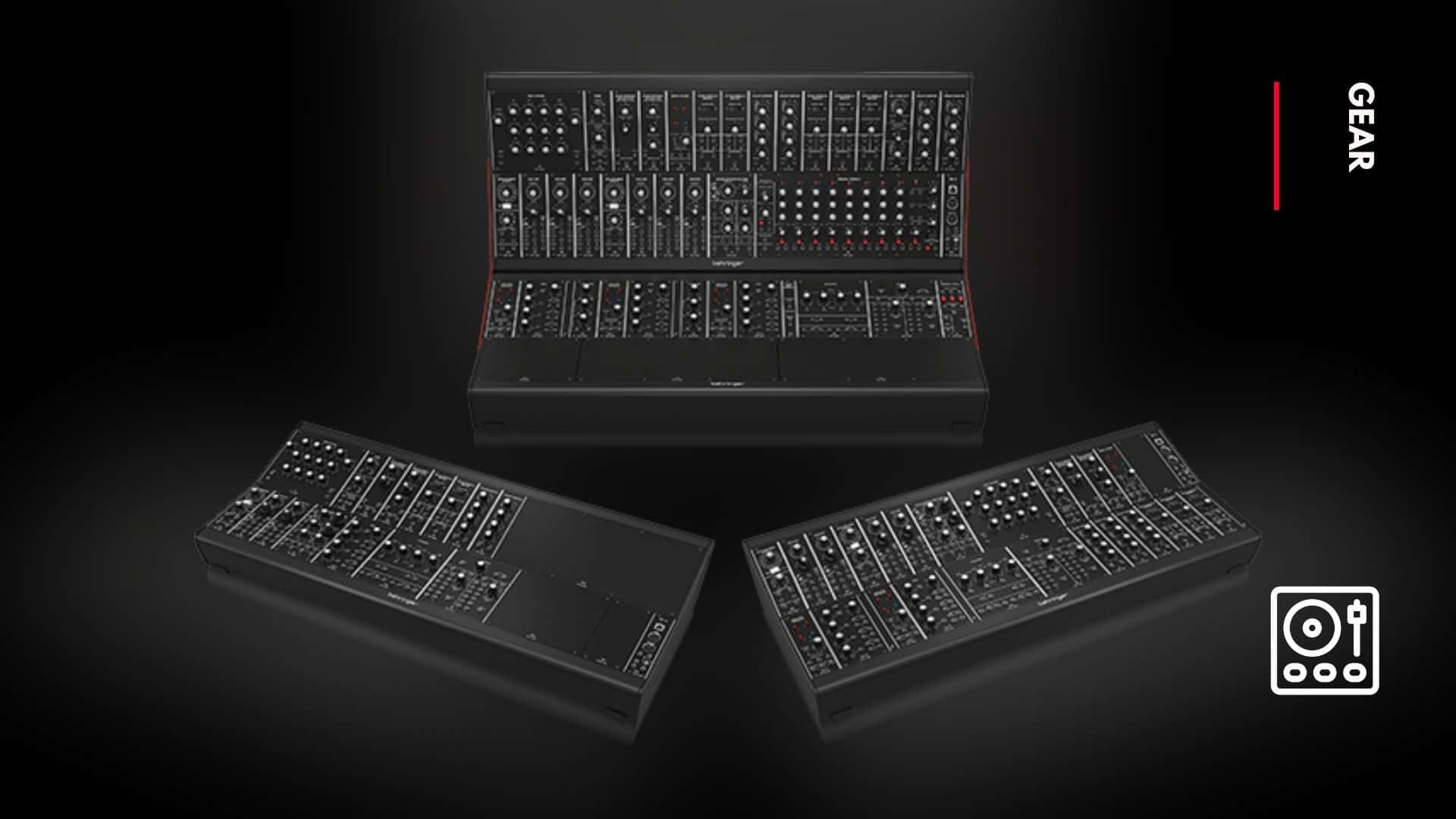 Last year when Behringer introduced their MODEL 55 range of Eurorack modules, they got a lot of comments from people desiring pre-assembled systems. Almost a year later Behringer now introduces their SYSTEM-15/35/55 and ensures that the modules you’ll find in each bundle are historically accurate to the expensive ones that were available in the 1970s. Down below we’ll go through each module.

The SYSTEM 15 synthesizer comes packed with 16 of the vintage-sounding synth modules and is a great tool for those who are just getting started with modular synthesis. The SYSTEM 15 also includes the CP35 ATTENUATOR module with 4 linked attenuators and two sets of 4 multiples and reference voltages. Also included are two banks of 4-point multiple circuits for you to be able to route multiple copies of input signals to other modules.

The SYSTEM 35 synthesizer comes packed with 25 of the vintage-sounding synth modules, and like its little brother SYSTEM 15, is also a great tool for those who are just starting with modular synthesis. The SYSTEM 35 also includes the CP35 ATTENUATOR module with 4 linked attenuators and two sets of 4 multiples and reference voltages. Similar to System-15, connecting a single signal to the CP35’s first input will allow it to pass to all 4 outputs. This allows you to have up to 4 variable outputs of a single signal source.

The SYSTEM 55  synthesizer comes packed with 38 of the vintage-sounding synth modules. This is an amazing tool for those who want the ultimate modular synthesizer capable of fully scoring that next cyberpunk or sci-fi movie from start to finish. This entire setup comes equipped with a 914 FIXED FILTER BANK which features 12 active bandpass filters ranging from 125 Hz to 5.6 kHz with additional Low Pass and High Pass filters and one 923 FILTER MODULE with separate Low and High Pass filters each with its own dedicated frequency cutoff controls and jacks for both pink and white noise. But that’s only the start, with the SYSTEM 55 comes with so many more modules, you’re sure to have hours and hours of fun creating beats that you can just lose yourself in.

Take a closer look at the Eurorack modules SYSTEM-15/35/55 down below: