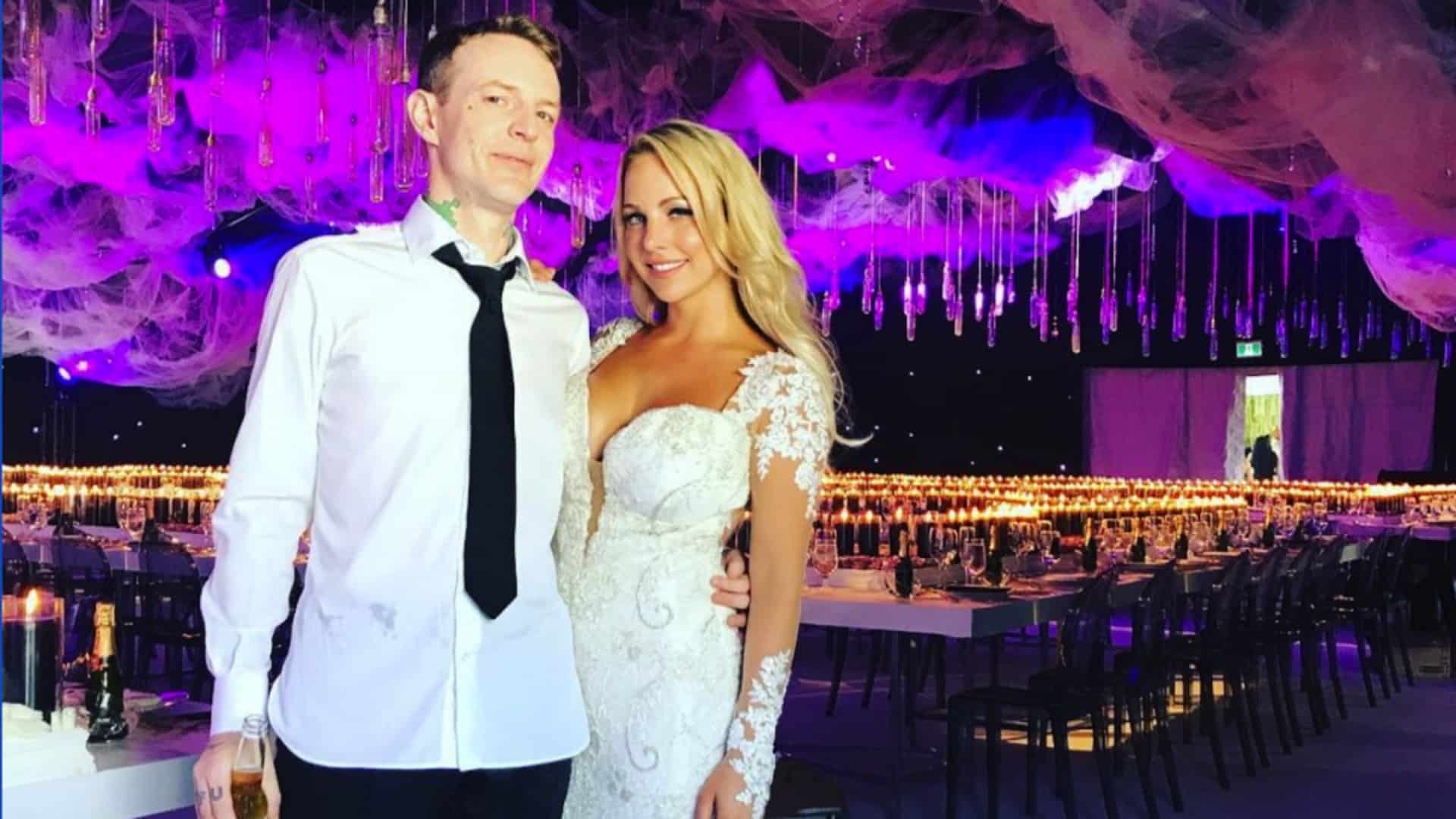 Canadian record producer Joel Zimmerman, known professionally as deadmau5, has just announced that himself and wife Kelly Zimmerman are parting ways. After nearly four years of marriage, the couple both took to their Instagram accounts in order to announce that “their decision to terminate their marriage is amicable.” Engaged back in January 2016, deadmau5 took the opportunity of secretly proposing whilst the couple were on a romantic getaway in the Maldives.

Fast-forward a year and a half later, the couple would be tying the knot at their $5m mansion in a ceremony that was lavish to say the least, with pyrotechnics from his own live shows, a flame-thrower, as well as a red smoke machine helping the couple create the greatest rockstar wedding photo we have ever seen. As eccentric as the man, deadmau5 showed off his wedding display prior to the wedding itself, before then taking to twitter to announce that he will be offline for a couple of days.

Now, just shy of their four year wedding anniversary, the official statement of their separation states;

“After three and a half years of marriage, Joel Zimmerman (deadmau5) and his wife Kelly Zimmerman are legally separating. Their decision to terminate their marriage is amicable. “We have chosen different paths in life and I am forever grateful for the time we spent together,” shares Joel Zimmerman. “We wish each other well and are parting with love and mutual respect,” adds Kelly Zimmerman.”

“Relationships don’t always work out, but there’s still so much LOVE between us. Please be kind to us during this process. Choosing to end our marriage doesn’t make the relationship a failure, loving Joel is one of the best things I’ve ever had the privilege of doing in this life. I’m forever grateful to the kind and brilliant man he is. Wishing him all the love and success on the rest of his journey through life. Sending all of you love that I hope you can send us right back.”

With nothing but love and respect for each other, the news of their separation has come as a surprise, however we would like to wish them both the very best for the future and whatever may lay ahead for each.