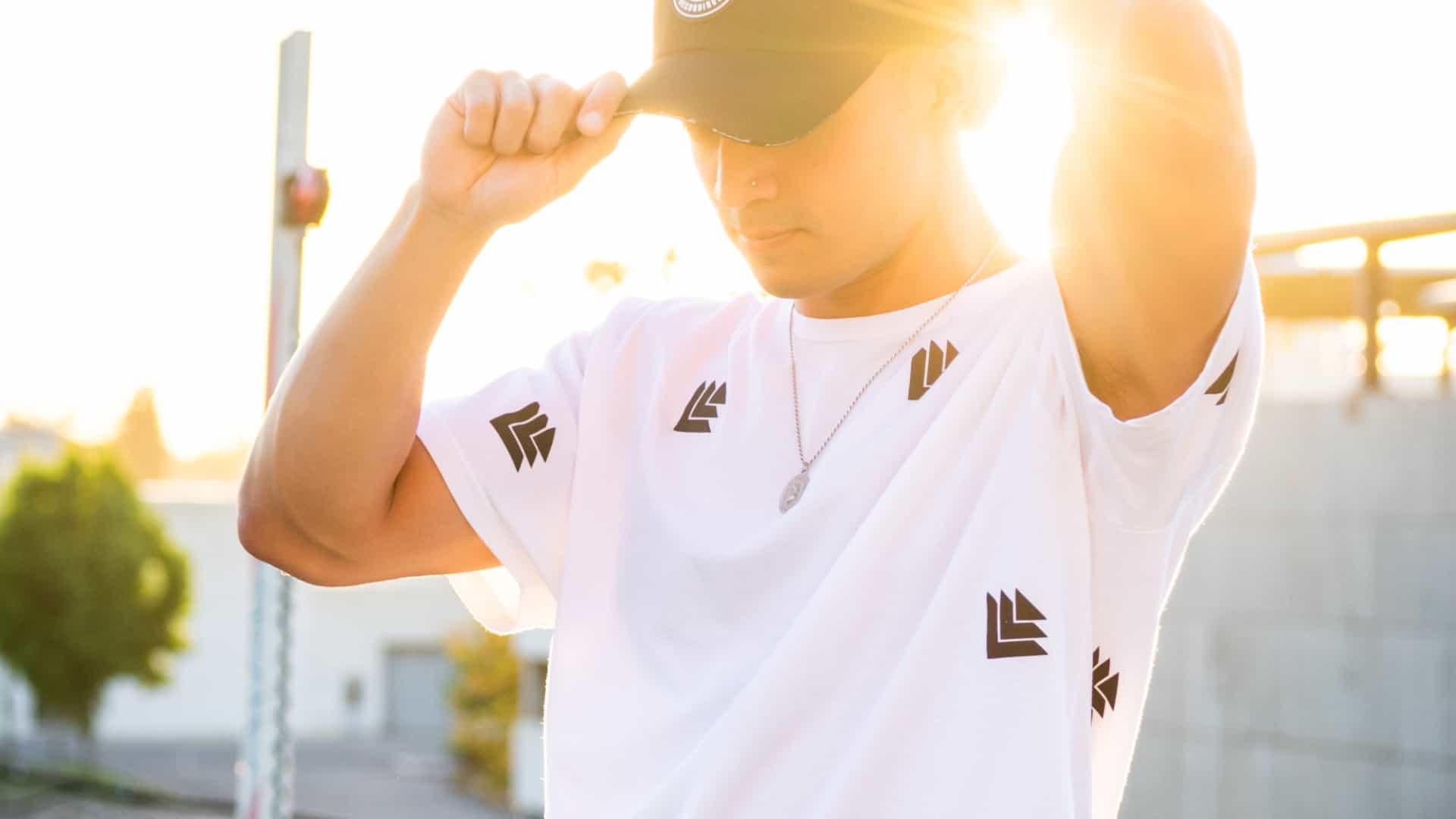 Starting off as a huge electronic music fan who was a consistent member of the audience at raves and festivals, the highly-rated record producer and DJ Gaspar has switched territories after years of hard work and dedication, he now resides at the biggest mainstages behind the decks and in the spotlights. Having admired Hardwell as an artist throughout his life, Gaspar has reached yet another accomplishment by coming up with his latest single Strangers, which was released on Revealed Recordings last week. We recently sat down with the artist and had an in-depth conversation about his journey in the electronic music industry so far, and what the future holds for him.

How long have you been a producer? Tell us about the origin of your music. What inspired you to pursue your career as an artist?

I’ve been a producer/DJ for 5 years now. To be honest, I was never a musician or anything like that. My grandpa and my cousins were always extremely gifted with playing numerous instruments. After my grandpa passed away, I went to EDC Las Vegas with my friend Christian. I had no idea there were all these different genres of electronic music, all I really knew was Skrillex and dubstep. It wasn’t until I saw Blasterjaxx & Armin Van Buuren, everything changed. Armin was just smiling during his entire set and you could tell he was truly enjoying what he was doing. This was absolutely infectious and it rubbed off on me. Blasterjaxx was the reason I discovered big room. After EDC I told my friends, “I’m going to start making electronic music.” Since then, it’s what I’ve been doing.

I would have to say my biggest influences from a producer standpoint would be, Martin Garrix’s old big room tracks, Blasterjaxx, Hardwell of course, and lastly W&W; I really love what they are putting out on Rave Culture.

Gaspar, congratulations on your new record ‘Strangers’ on Hardwell’s Revealed Recordings, what’s the story behind this record? What were the inspirations behind this track?

Thank you so much! Originally I had a different track in a different key with the same break melody. That old track didn’t work out in the end so I took the break melody, changed the key, and began something new. I made the drop in two days. From that point, I went onto Splice and was searching for a vocal. I wanted something that would resonate with the listener and something that would bring a certain type of emotion to the track. The inspirations behind this track were a lot of Hardwell’s old tunes. 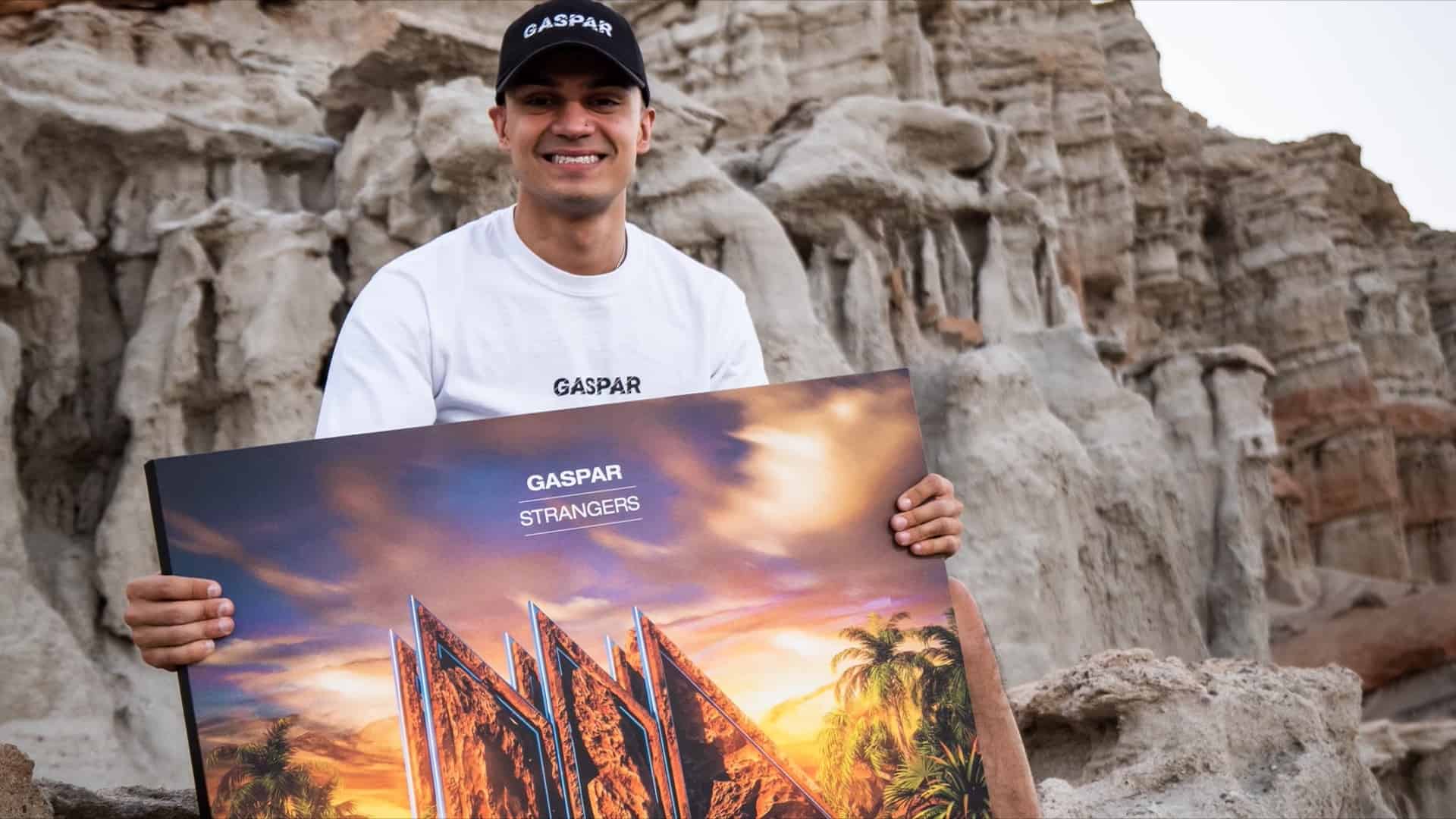 For me, quarantine hasn’t affected me one bit. I know there are a lot of producers out there that say they are unmotivated or uninspired, but for me, nothing has changed. My creativity is still there and I am always having so much fun while producing. I do believe that sticking to a routine, working out, and eating healthy contribute to my inspiration as well. I take my health extremely seriously.

What are you looking forward to most when this situation is fully over?

I would say traveling and playing shows at clubs. This is something I’m itching to do and I absolutely cannot wait. Since day one, my biggest goal is to get big room big in the States. I will not stop until I achieve this.

Back to music, your collaboration with Koriz ‘Titans‘ was a huge big-room smash. What was the process behind this record? How did the collaboration come about?

Well first and foremost I want to say, Koriz is an extremely talented producer and he’s such a humble guy. Originally Koriz reached out to me, he wanted to work together so he sent me an
idea. I heard his idea and immediately thought it could be turned into something. At the time I was watching an anime show called ‘Attack on Titan’, and this massively contributed to the process behind the track and the cover art as well. We are extremely happy with how the track turned out and thankful for all the support.

Your tracks have been supported by the likes of KSHMR, Nicky Romero, Showtek, and R3HAB to name a few. How does it feel to have your productions supported by some of the biggest DJs in the world? What advice would you give to other producers who are looking to achieve success in the industry?

It’s absolutely amazing, sometimes I have to pinch myself. I’ve seen some of these artists live including Deorro who played my second release ever at the main stage in Chicago at Lollapalooza. For the producers looking to achieve success in this industry, I would say work hard. Work extremely hard, because you have to realize there is someone out there who wants it just as bad as you do. You have to truly love making music and you should only do it if you love it and are obsessed with it. Don’t make music for clout, fame, or any of these reasons. Be inspired, but never copy an artist. Lastly, make what you want to make and don’t let outside noise or negative comments dictate you or your productions. You are who you choose to be.

What does 2021 hold in store? Any hints or clues that we could get about future productions and collaborations?

Well for 2021, I can say there is a lot of different music on the way. The music you aren’t used to hearing from me. I believe to grow as an artist, you can’t be afraid to try something new or different. I’ve made it very clear I produce big room, but as for the future, you will hear some different styles. Regarding collaborations, I want to work with other big Revealed Artists. I also plan to start my own Patreon page to help all the producers out there who are serious about wanting to grow as an artist/producer. My webshop for my ‘Gaspar’ merch is also in the works so I can sell internationally to my fans. I’m super excited about this and I cannot wait!

Be sure to check out Strangers by Gaspar below: