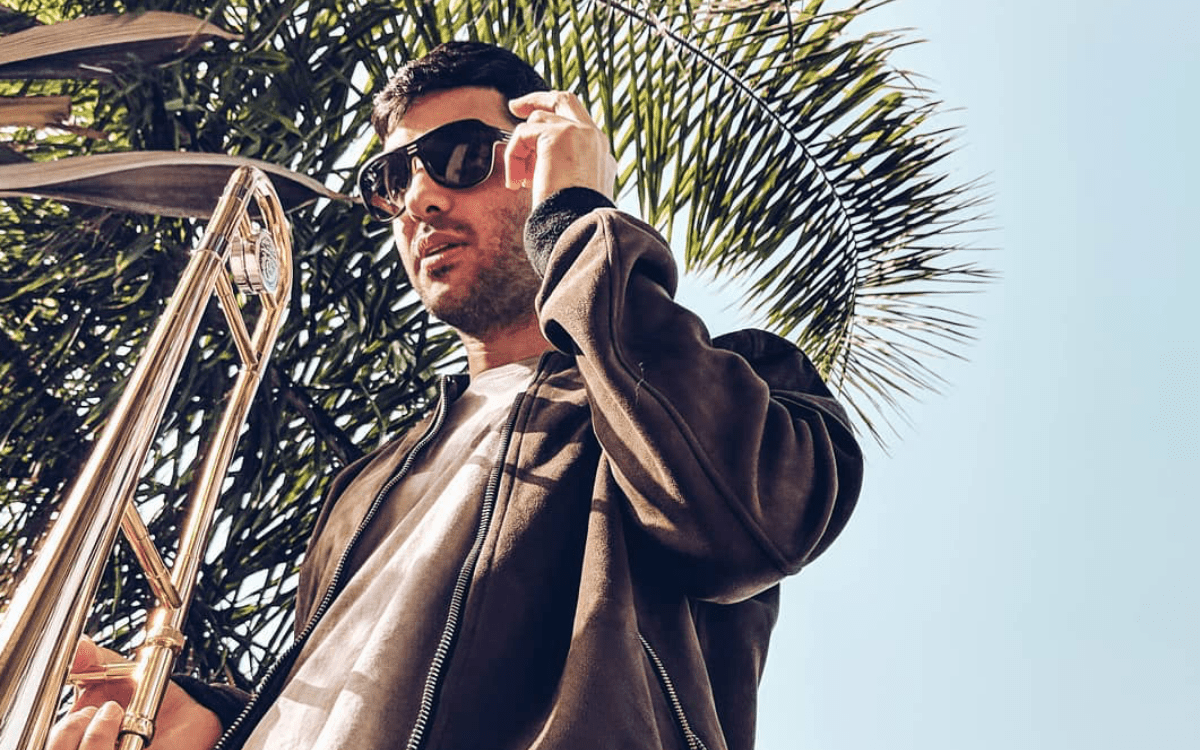 Rising from the ranks of the electronic music scene in Israel, the fast-rising record producer and DJ, Sam Halabi, has already announced himself in front of the whole electronic music industry by releasing some infectious tunes which have been critically acclaimed all across the globe. Having already earned the support of some top-notch artists including Calvin Harris, Martin Garrix, Skrillex, David Guetta, Oliver Heldens, and Firebeatz, the artist’s out and out dedication and hard work as a musician, from starting out at the age of 6, is finally paying off. We here at We Rave You, recently had a chat with Sam Halabi where he revealed a lot of interesting things about his origins, inspirations, and upcoming projects. Let’s hear it all from the man himself –

How long have you been a producer/DJ? Tell us about the origins of your music and what inspired you to pursue your career as an artist?

Actually, I came across music production at later age around 24, before then I was really focused on learning instruments and finishing my degrees in classical music as a composer, which is really the core of my music before oriental. When I came across music production, I was instantly hooked and since then it’s like a drug you can’t stop, in a good way, I remember my brother playing me some old good Trance and Tech House music, I loved it and wanted to produce that sound and so I began my dive into the world of electronic music. I found myself falling in love with it more and more, inspired by great artists like David Guetta, Calvin Harris, Armin van Buuren, etc.

Beethoven I would say! Learning classical music when I was a kid, I was always attracted to the melodies he created and the simplicity of them,  the biggest example is his 5th symphony; 3 notes yet so iconic. In the modern world it’s David Guetta being an influence on me, with his pop vibes in his earlier records, as well as Swedish House Mafia and Daft Punk,

Congratulations on your new record, ‘Happy’, with renowned Israeli singer/artist Ivri Lider. What’s the story behind this recording and what were the inspirations behind this collaboration?

Thank you, I’m always excited to collaborate with artists all over the world. It inspires me to do things I normally wouldn’t do, like in this record playing guitar in an oriental way. This collab happened so spontaneously; since the last Covid-19 lockdown my cousin suggested I talk to him and that’s exactly how that happened.

As both an Israeli and an international artist, how has the Israeli scene impacted you or your productions and approach towards electronic dance music?

Growing up in an oriental family in general, had an impact on my music today. As I was a kid listening to all the oriental music my family used to play, it comes back in my music as second nature and I love mixing that into the EDM world.

Looking at the whole Covid-19 situation and its impacts, how did it affect Sam Halabi as an artist? Did quarantine encourage or damage your creativity?

I was producing the whole time, non stop! It helps me relax as well, with the pandemic I was producing even double the time, just to forget those crazy days.

Listening to your recent musical catalog with tracks like ‘Robotica’, ‘East and West’ and ‘Same Thing’ to name a few, its clear you have a very diverse sound. How do you produce such different sounding tracks while maintaining your signature sound?

I’m not a big fan of doing the same thing over and over it’s boring and kills my momentum so I love to try different things each time. Regarding a signature sound I really have no clue, but I’m glad to hear that I still maintain a sense of originality.

What does 2021 have in store? Any hints or clues that you could give us about future productions and collaborations?

New collab with a friend of mine from the Netherlands with an uplifting record. Can’t wait to release it!

Be sure to catch up with Sam Halabi on his Instagram. Also, don’t forget to check out his latest release “Happy” below –