San Holo, real name Sander van Dijck, is an artist who has had such influence over the electronic scene that many could only dream of having. From providing the scene with many upbeat, future bass and trap type tracks to letting his emotional side take over in more recent productions, he has proved to be a multi-faceted artist and now he has unleashed his second studio album ‘bb u ok?’ onto the world.

Where San Holo’s first album ‘album1’ was told from the perspective of being in love, ‘bb u ok?‘ has an ‘after love’ vibe, as Sander told Forbes. This theme is perhaps what makes people gravitate towards the tracks instantly – aside from the obvious great music – as it explores themes and every day scenarios that everyone will and has gone through in life. Love and heartbreak are things that universally connect us, and San utilities this, drawing from his own personal experiences to give his listeners not only a great listening experience but also comfort in a way. 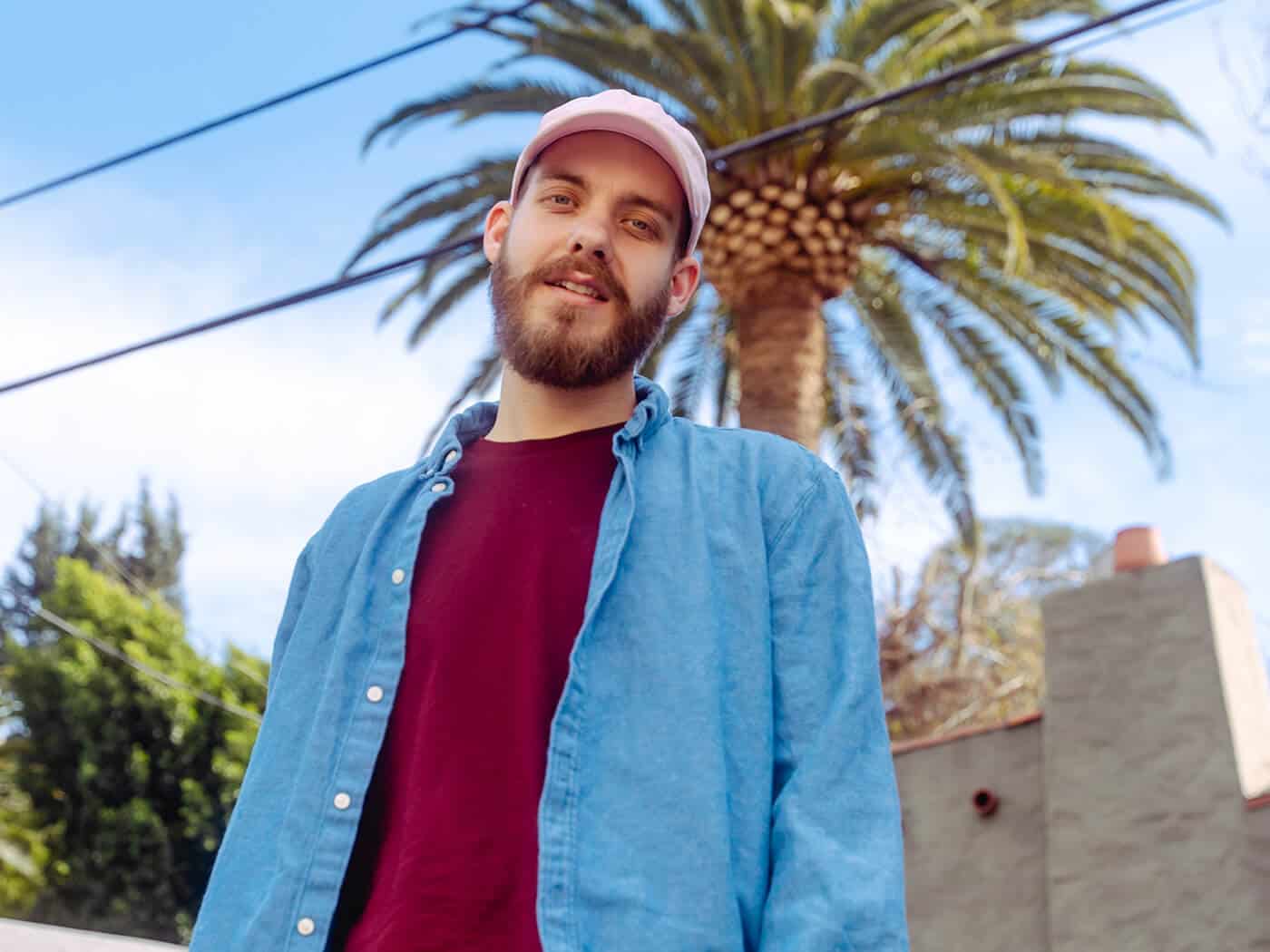 For this album, and for the first one too, San Holo travelled to Los Angeles where he stayed in an Airbnb for a couple of months. Essentially turning the living space into a home studio away from home, it was a way for him and his friends to connect through music and the creation process of this album and it was also how a lot of the collaborations were born. Featured on ‘bb u ok?’ are the likes of fellow producers such as Mija, Chet Porter and Mr. Carmack and singer/songwriters such as Bipolar Sunshine, The Nicholas (both multi-time collaborators of Sander’s), Rivers Cuomo from the band Weezer and more. Friends and inspirations, he is certainly in good company on this body of work.

Throughout the 20 tracks of the album, there is a clear theme running through them all, and it is about what happens after a relationship or after the love has fizzled out. San Holo explores themes of heartbreak, feeling lost and wondering what will happen next, and he does it in such a special and raw way. This isn’t the Dutch artist trying to create huge dance hits, but rather him using this music as a way to pour his heart out. Music can be a healing factor in anyone’s life, and this is definitely the case here. Falling in and out of love can be one of the most difficult aspects of life, but San Holo makes us feel less alone and empowers listeners through healing vibes and unfiltered thoughts and feelings, which is truly refreshing to listen to.

The tracks do an expert job of showing all ranges of emotions. Tracks like ‘wheels up’ with Rivers Coumo and ‘you’ve changed, i’ve changed’ with Chet Porter are those type of tracks that you can unleash all emotions to, giving listeners a catalyst to scream out into the world and unravel everything. On the opposite end of the spectrum, you can find tracks like ‘i just wanna fucking cry’ with The Nicholas and ‘i get lonely around people, too’ which invite listeners to shed a few tears – or a waterfall’s worth. As you travel through all 20 tracks, you’ll find nods to his older style of production, emotive tracks that are for lying down with your eyes closed and tracks that invite you to get up and jump up and down to.

Knocking it out of the park again, San Holo has created the musical equivalent of a warm hug and it is now available to stream here and below on Spotify. Don’t forget to also check him out on his North America tour this fall.