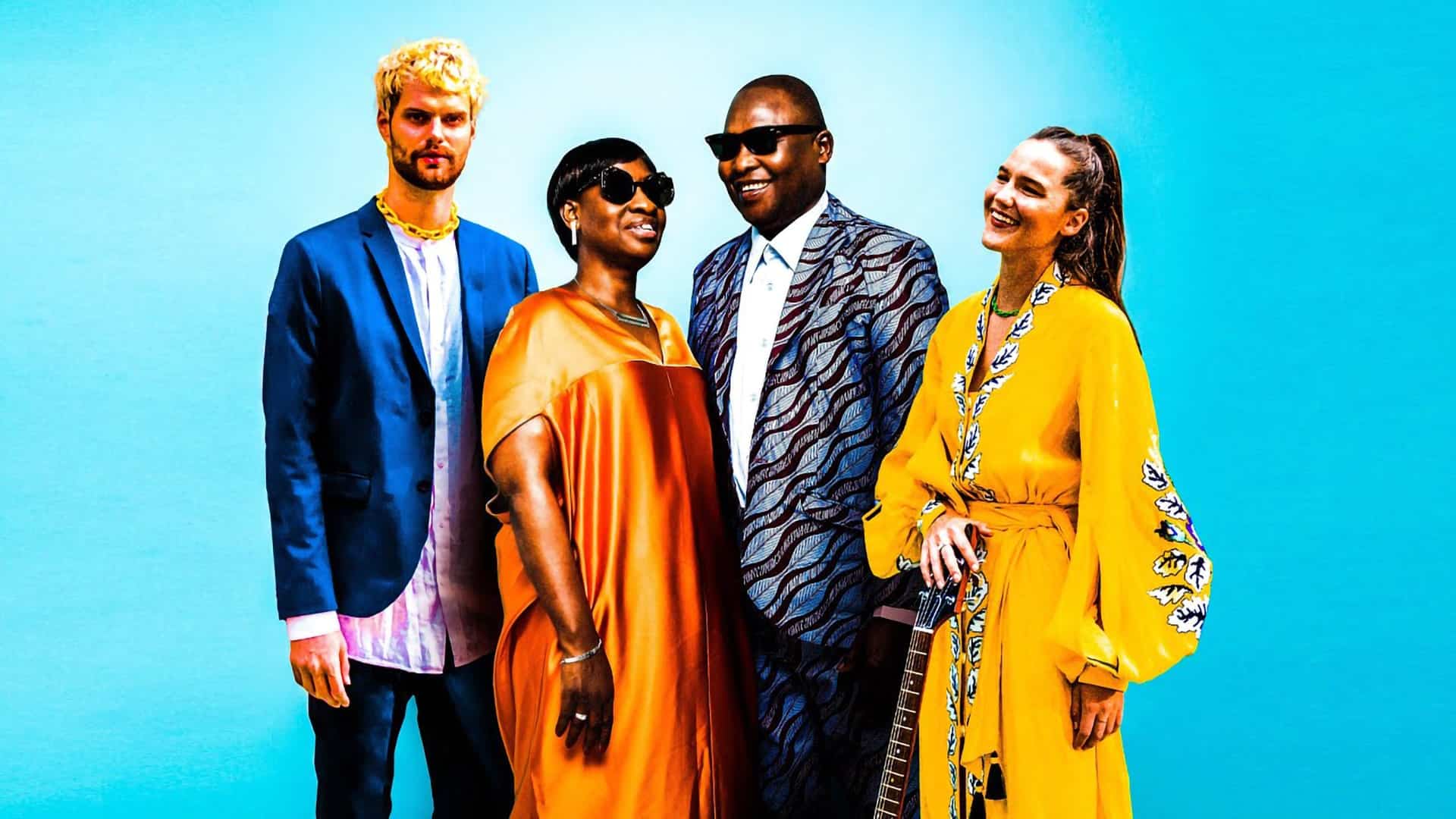 Over the years, SOFI TUKKER – consisting of Sophie Hawley-Weld and Tucker Halpern – have grown in popularity thanks to their infectious sounds. Tracks such as ‘Drinkee’, ‘Purple Hat’ and ‘Best Friend’ have helped with that popularity, becoming some of their most popular tracks amongst collaborations with the likes of Gorgon City, Zhu, Pabllo Vittar and others. Amadou & Mariam are a legendary duo comprised of Amadou Bagayoko and Mariam Doumbia, hailing from Mali, who have been making music since the 70s. Mixing the traditional Mali sound with other elements such as rock guitars, they have made a name for themselves by creating a unique blend of music which has become universally loved. With both duos having GRAMMY nominations to their name, this collaboration is proving to be more than explosive, and ‘Mon Cheri’ has arrived.

‘Mon Cheri’ is a track that celebrates different heritages and languages, being sung in Portugese, Bambara and French. A concoction of multiple worldwide sounds, listeners are taken on a cultural trip whilst also being able to find that fun-loving, carefree feeling often found in SOFI TUKKER productions. Produced virtually together from Florida, Paris and Mali, it draws influence from all corners of the world and is also ready to thrive in the summer season. The track also appears on the compilation album ‘Red Hot + Free’ by Red Hot, an organisation which dedicates itself to fighting AIDS through pop culture, set for release on July 2. Proceeds from both ‘Mon Cheri’ and the rest of the album when it drops (which features artists such as Dombresky, Billy Porter and Allie X) will benefit The Ally Coalition, Trevor Project and also SAGE, three organisations who’s main goals focus on LGBTQ equality, suicide prevention in LGBTQ youth and the elderly LGBTQ community who are affected by HIV/AIDS.

‘Mon Cheri’ by SOFI TUKKER and Amadou & Mariam is out now, and you can stream it below.