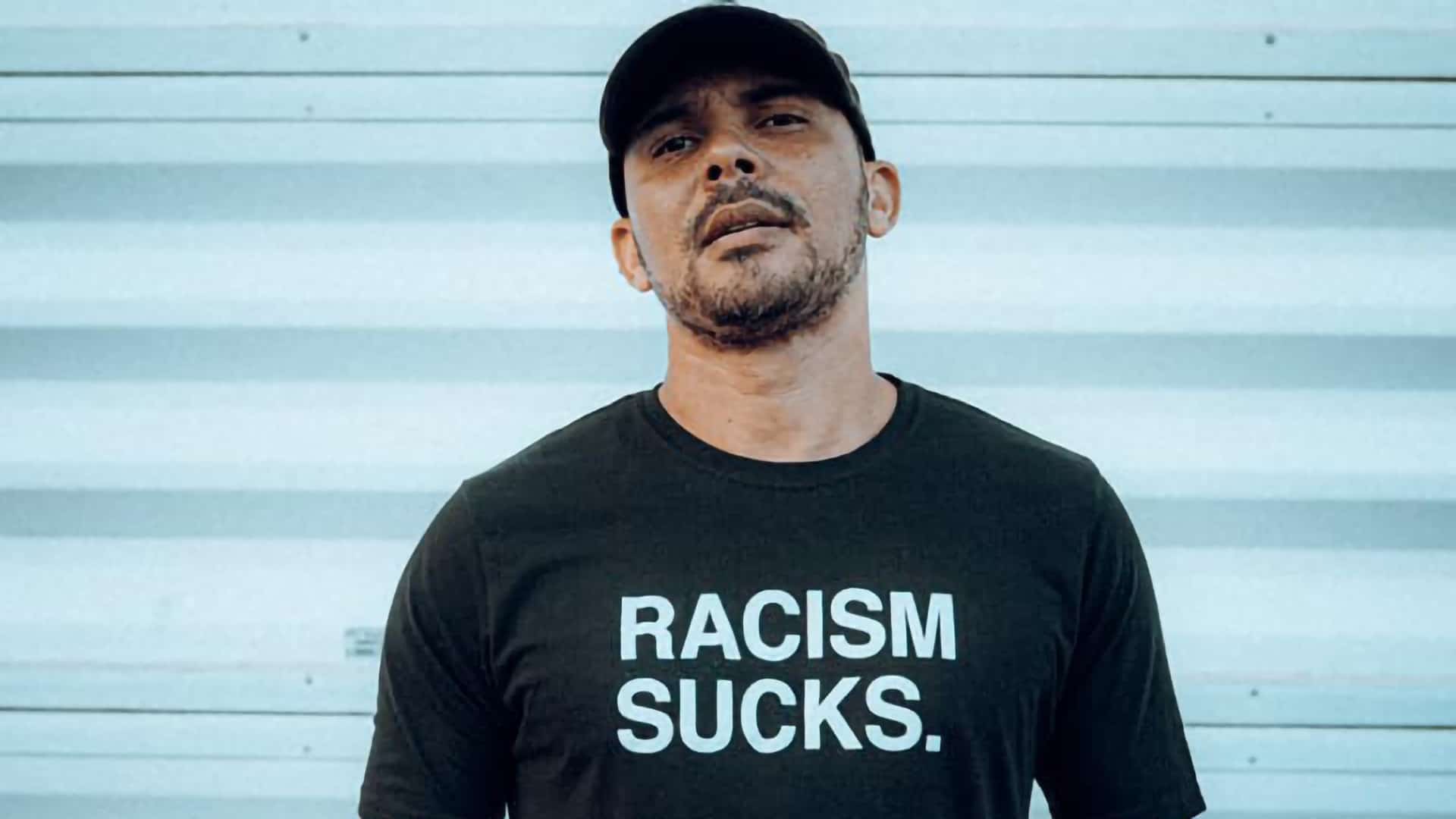 What is the state of racial justice in the industry?

The annual IMS Business Report arrived full of highly relevant topics. Especially after all the transformations brought by the pandemic, it becomes even more pertinent to stop and analyze the data, to better understand the impact that the events of the collective everyday life have on the industry. Racial issues have always been present, even if in some hushed way, but some of the landmark events that took place in the USA in 2020 drove some changes, to which electronic music was not oblivious.

Black Lives Matter is a global organisation that aims to eradicate white supremacy by intervening in the violence (especially police violence) that is implicated in black communities and allow the black race to have its deserved place in society. In 2020, one of the most striking events in this regard, and one that unfortunately preceded many others, was the death of George Floyd at the hands of a white police officer. This fatality, and many others, took the Black Lives Matter movement into the streets numerous times, filling the streets emptied by the lockdown. At one of these protests in Detroit, the Ravers 4 Racial Justice! also spoke out against police brutality, recalling that the origins of techno are cemented in that city and the black race. These initiatives have spread and have been supported by many music lovers, electronic artists, clubs, labels and festivals, who show their support for the cause repeatedly through social media. Last summer, electronic music soundtracked and supported racial justice. Much was called for, claimed and promised. But what has actually been done? One year later, the IMS Business Report invites reflection on what has really changed. Are artists of colour being better represented? Are they still a minority in lineups? Let’s take a peek at the data explained in this chart. 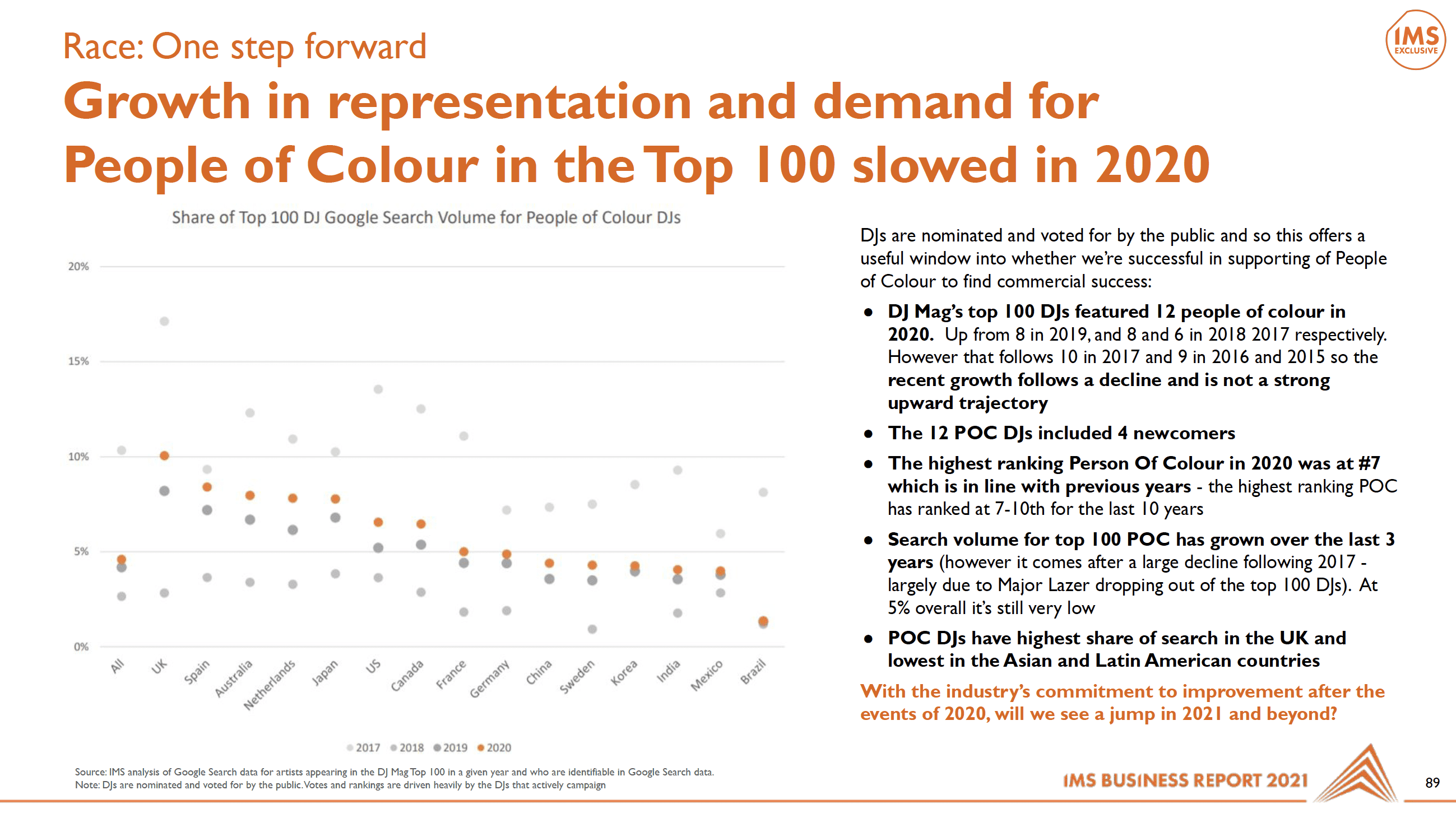 In an analysis by IMS of Google Search data for artists appearing in DJ Mag Top 100, some interesting conclusions were reached. What makes this analysis more reliable and faithful to the overall thinking is the fact that the Top 100 DJs are voted by the public. So the question remains, are fans and the industry supporting People of Colour (POC) more often and better? Unfortunately, the growth in representation for POC slowed down in 2020. But in micro terms, there are positives worth highlighting. The curve is not declining but the growth is not exponential, the DJ Mag Top 100 of 2020 featured 12 POC, but by this time ambition was higher. POC DJs are most searched in the UK and the lowest shares of search are seen in Asian and Latin American Countries. The geographical imbalance is still quite demarcated, much to blame for the inherent mentalities of some cultures.

After all the information, clarification and exposure to the tragic events of 2020, will next year’s figures be more satisfactory? All industry players have their part to play in this movement and the commitment of the industry has to improve. Music has no colour and loves everyone.

To read more about this and other topics, read the full report here.