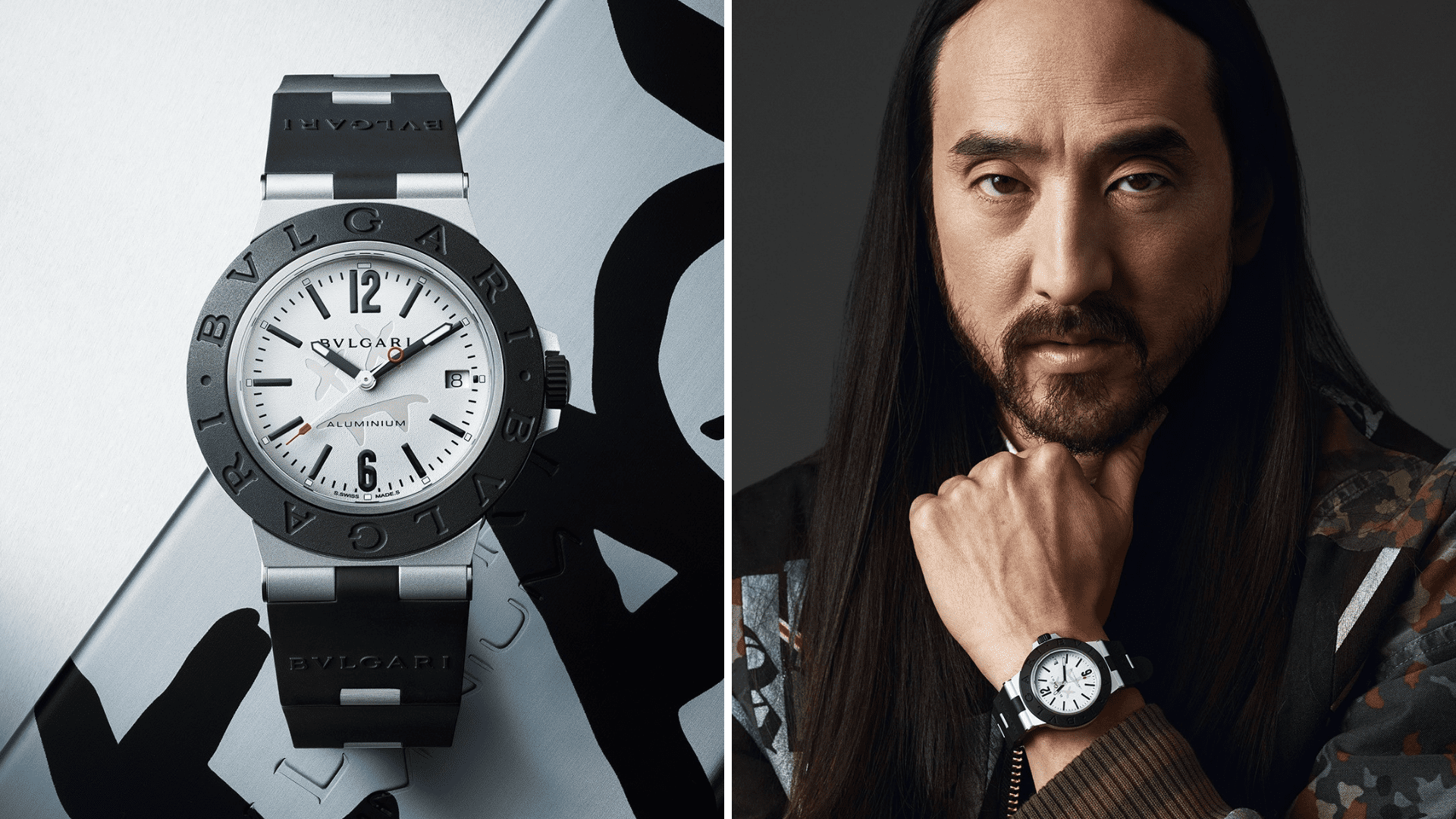 Is there anything Steve Aoki doesn’t do? Universally regarded as “one of the world’s busiest DJs” in the industry, Aoki averaged over 300 shows a year at one point in his career. Not only does the Grammy-nominated producer spend his life in the nightclubs, but he also has a vast number of extracurricular activities. The latest one in the form of a Bulgari watch.

Not often would you think of a luxury timepiece finding a place on the dance floors of the rave scene but that is where Aoki comes in. Aoki’s creativeness has made him known for pushing the boundaries of what a DJ can accomplish, and this time is no different.

Teaming up with Italian luxury jeweler, Bulgari (shown as BVLGARI), Aoki has created a watch that not only shines in style but is a useful tool in the middle of an EDM crowd. The watch is titled “A Beam of Light at Night” and retails for $3,050. 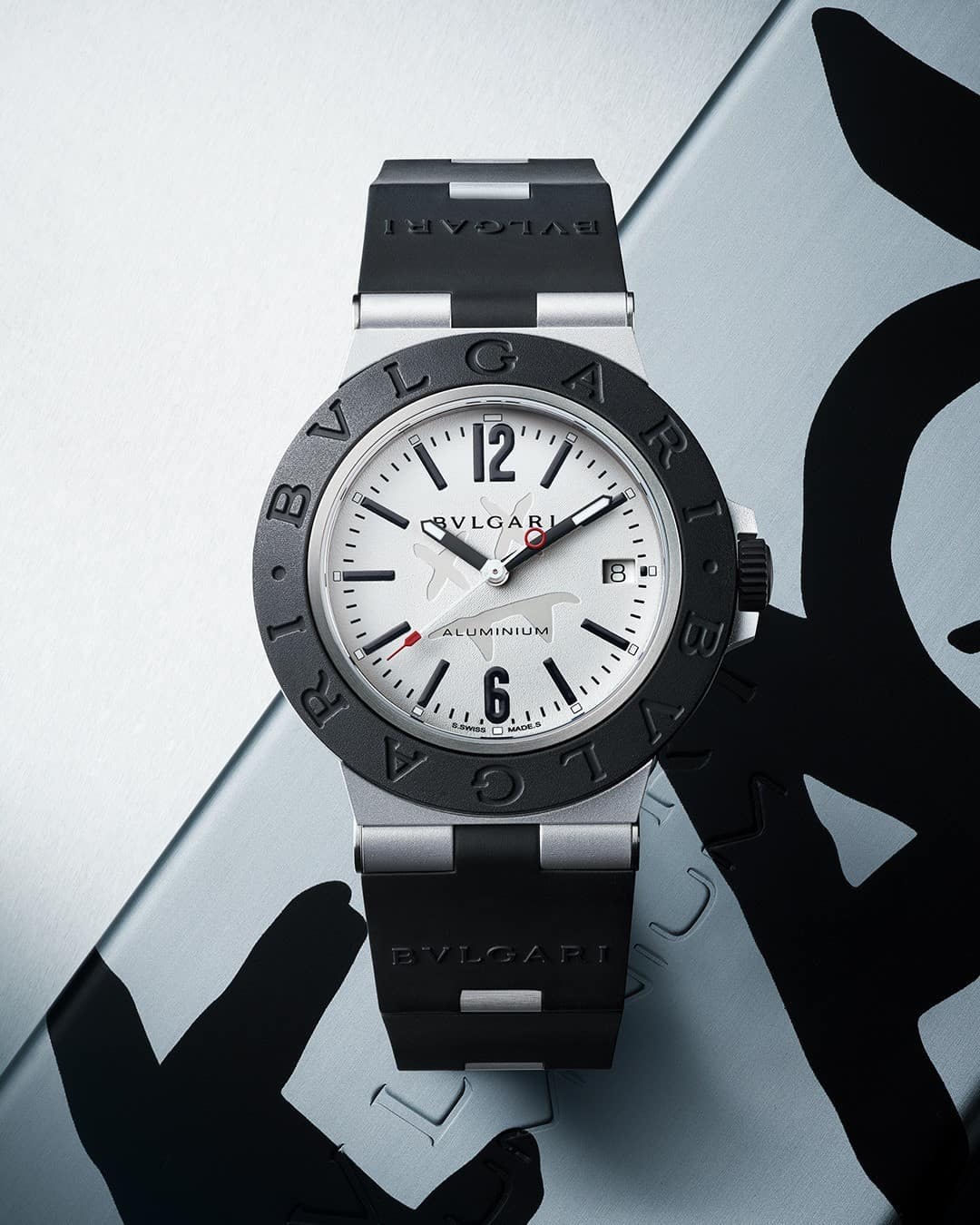 “It’s about experience and hope and optimism and positivity and social connection. We are a social species; we’re not meant to be isolated. We want to live our lives with other people, to share experiences and emotions together. And it doesn’t actually have to be with someone you know, that’s the other interesting thing. It can be with people you don’t know. And the energy is so incredible.” -Steve Aoki, Bloomberg

The piece is made in a 40mm aluminum and titanium case with a black rubber bezel. It comes with a black rubber bracelet with a water resistance of up to 100 meters. It features mechanical and automatic winding along with a white dial coated with green SLN. But the feature that makes this product the “rave watch” is the iconic Aoki logo that sits in the middle and illuminates in the dark to create a bright beam of light. Perfect for the dance floor. 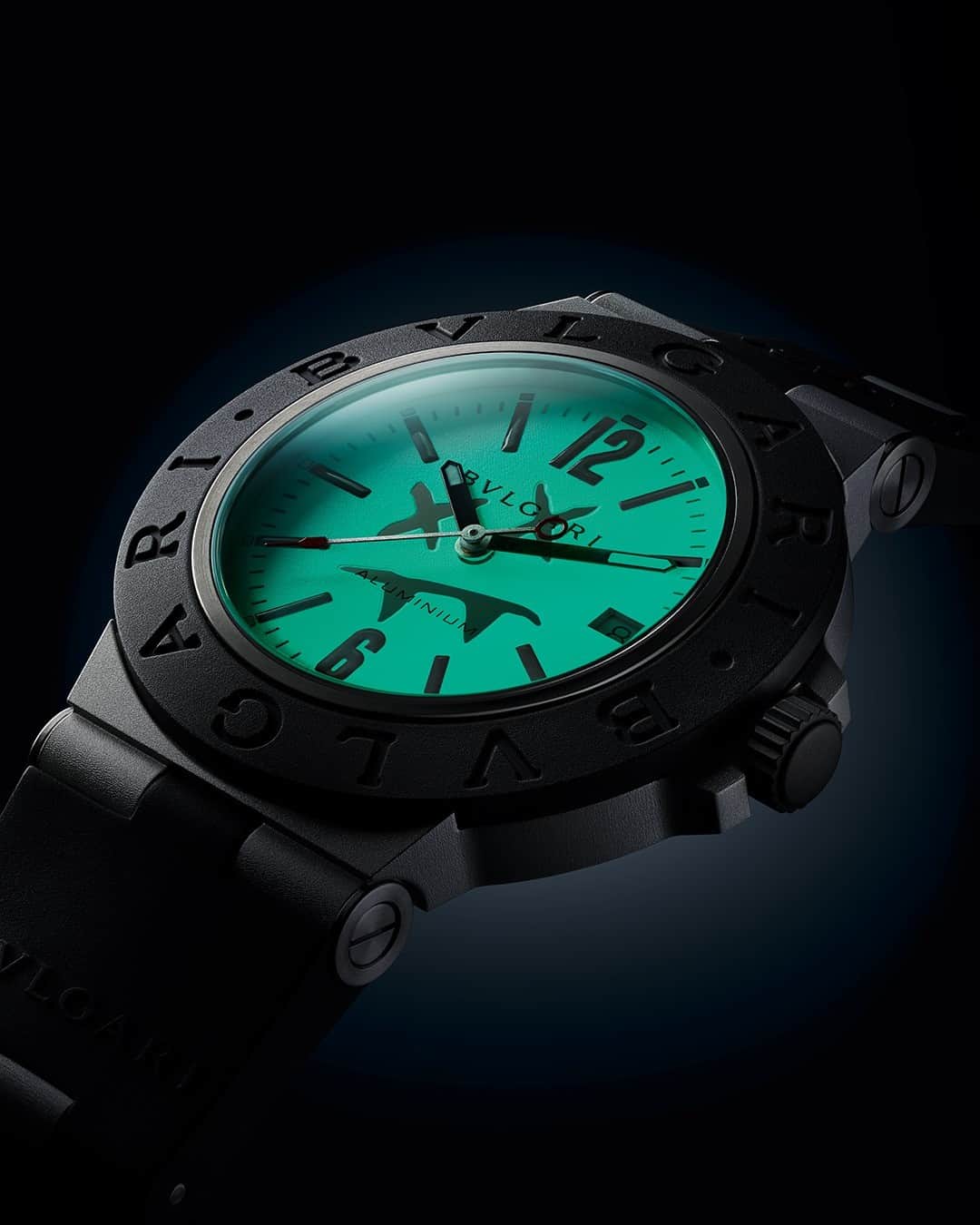 “Inspired by Steve Aoki’s performances that impressively light up the night sky with a unique glow composed of sounds, rhythms and movement, the watch bears the DJ’s signature on the dial. Coated with Superluminova, it asserts itself with a glorious radiance serving as a reminder that light always triumphs over darkness.” – Bulgari Website

The watch features Aoki’s name on the back and comes in a complimentary signature box. The idea of the watch is “a message of optimism dedicated to lovers of life and movement.” 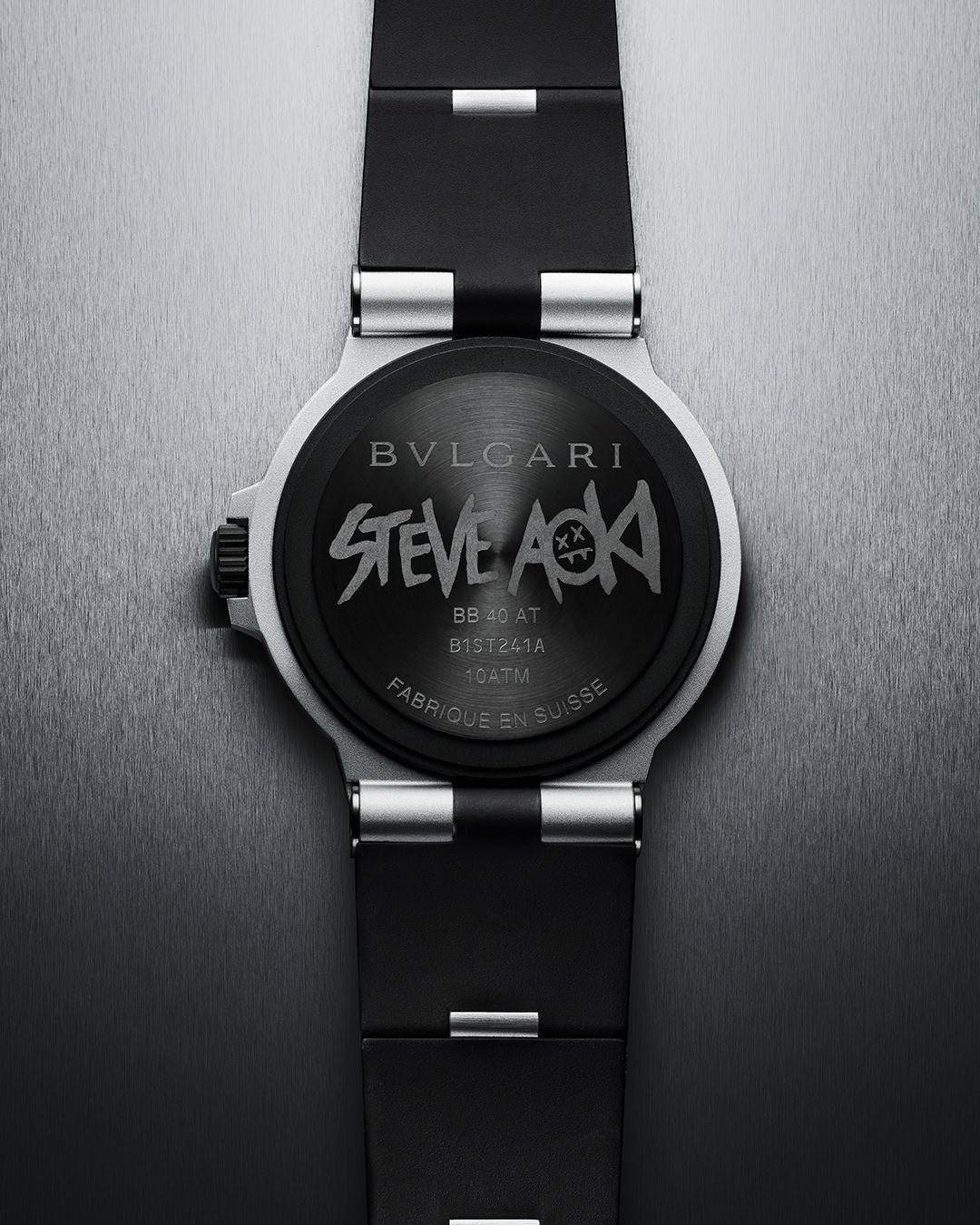 Get updates about ordering the special edition watch here.