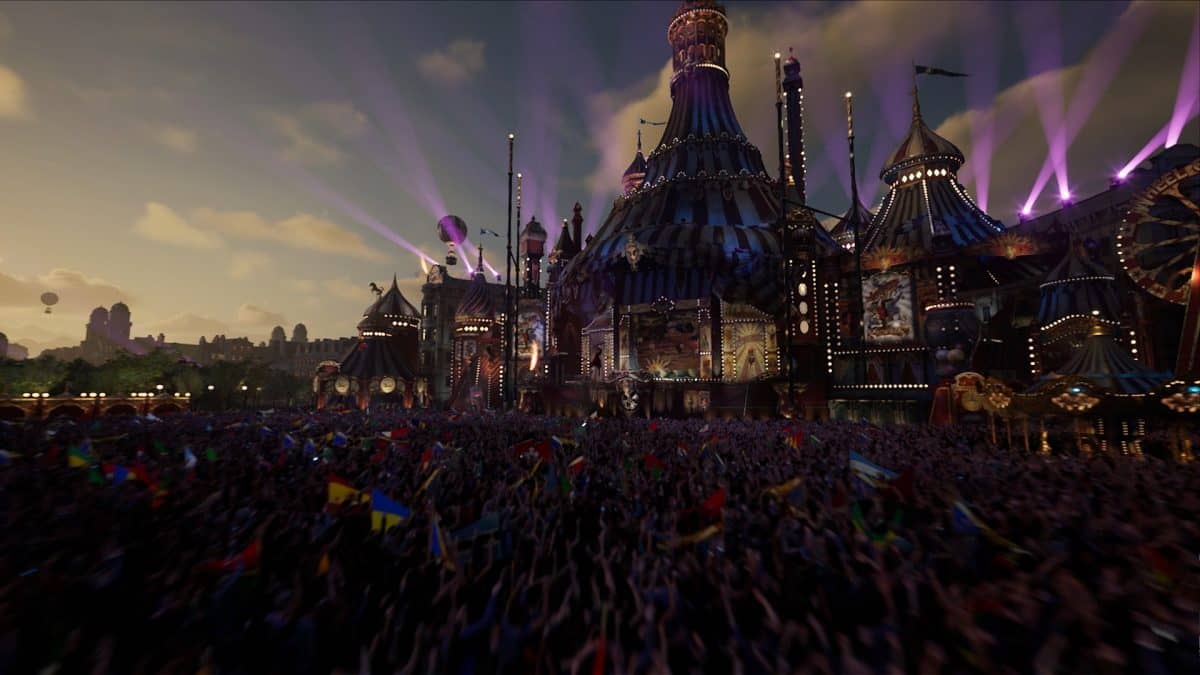 Around the World 2021: Tomorrowland reveal footage of Pāpiliōnem

With emotions running high in recent weeks, the official cancellation of Tomorrowland caused major distress and disappointment to both festival-goers and the organisation itself. The anticipation for the 16th edition of Tomorrowland provided fans alike with the idea that we will be slowly rerunning to our ‘normal’ routines, however government officials in Belgium ended up revoking the green light they had officially handed out. In turn, the organisation will be returning with yet another virtual edition of Around the World.

Although the physical edition will not be going ahead for a 2nd year running, the virtual edition of Around the World provides a glimpse of hope, with the Tomorrowland team going full steam ahead through the creation of its most magical journey yet. Set to take place on Friday, July 16 and Saturday, July 17, the digital edition will feature one of the most mythical themes in the festival’s history: The Amicorum Spectaculum. Taking to their social media accounts, Tomorrowland have released the first photos surrounding the magical landscape that has been designed through the latest 3D technology.

Hosting the virtual edition of Around the World, the magical island of Pāpiliōnem will consist of 6 out of this world stages, further enhancing the experience for all music lovers that will be connecting from all around the world. Looking to ensure that the digital version is just as spectacular as the Tomorrowland we all know and love, the event organisers have also ensured that in addition to over 40 international artists performing on each of the stages, the iconic entertainers of Amicorum will also be performing throughout the entire virtual festival.

Providing us with a glimpse of how magical the virtual festival will be, the Tomorrowland team also recently unveiled the full timetable. With time zones having no impact on the show itself, all attendees will be able to connect from the comfort of their own homes, and in turn tune in from 6pm to 2am their local time, at either the Mainstage, Atmosphere, Core, The Wall, Elixir and Moose Bar. With the biggest names in the industry eager to get involved, the official line-up includes Armin Van Burren, Afrojack, Nicky Romero, Charlotte de Witte, Vini Vici and many more!

With its most spectacular production to date, the 2021 edition of Around the World is the perfect remedy to the challenging times that we are currently facing. If the photos released are anything to go by, all attendees will be in for a treat, and we could not be more excited to witness yet another out of this world virtual show. All tickets and special packages can be purchased via Tomorrowland’s official website. Make sure to get involved and experience this unique magical journey from the comfort of your home.

Tags: Around the World, The Amicorum Spectaculum, tomorrowland 2021, Tomorrowland Around The World
0