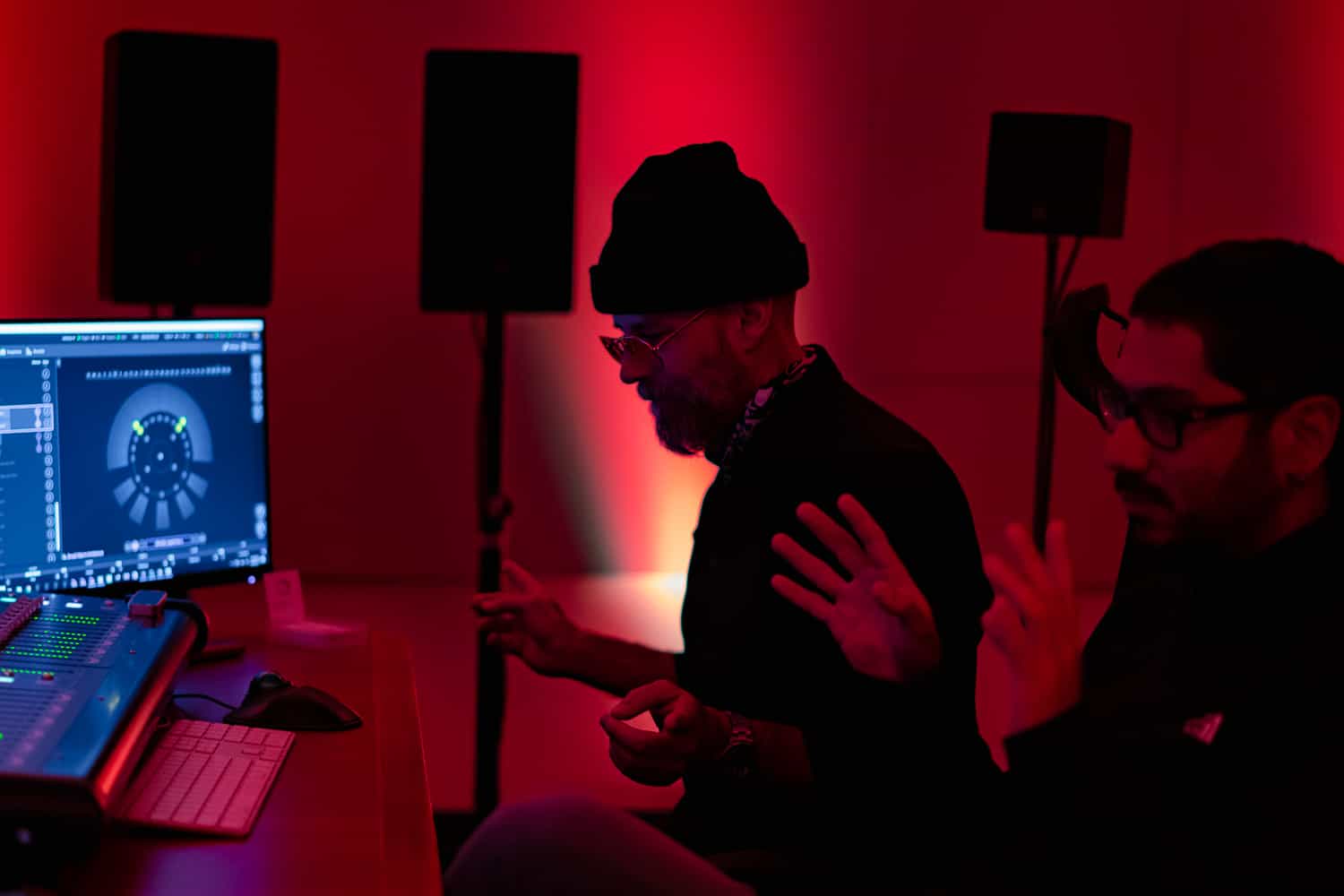 Even if you haven’t heard the name L-Acoustics, you have heard their products. Bringing world-class audio to some of the most iconic festivals and performers in the world, such as Tomorrowland and Post Malone, their monitor systems and PAs are considered some of the best in the industry. Lately, they have been on a rise in popularity throughout the industry due to the introduction of their spatial audio technology, L-ISA. L-ISA, short for “Immersive Sound Art” is a technology used to extend the bounds of the way we hear our music. Going way beyond the traditional stereo mix, L-ISA brings a brand new experience to consumers’ ears.

However, it is not just listeners that are getting to express themselves with this technology. It is also the producers that are creating the music behind the computer. More artists each day can access this groundbreaking technology by downloading L-ISA straight to their personal studio computers. With this wide range of access, music mixes are becoming more interesting each day as artists experiment with L-ISA’s capabilities.

One such artist is Grammy-winning, Latroit (Dennis White) who recently mixed his latest track ‘Dance My Tears Away’ at the L-Acoustics headquarters in Los Angeles. Blown away by the process, Latroit reflected with We Rave You on the entire experience. 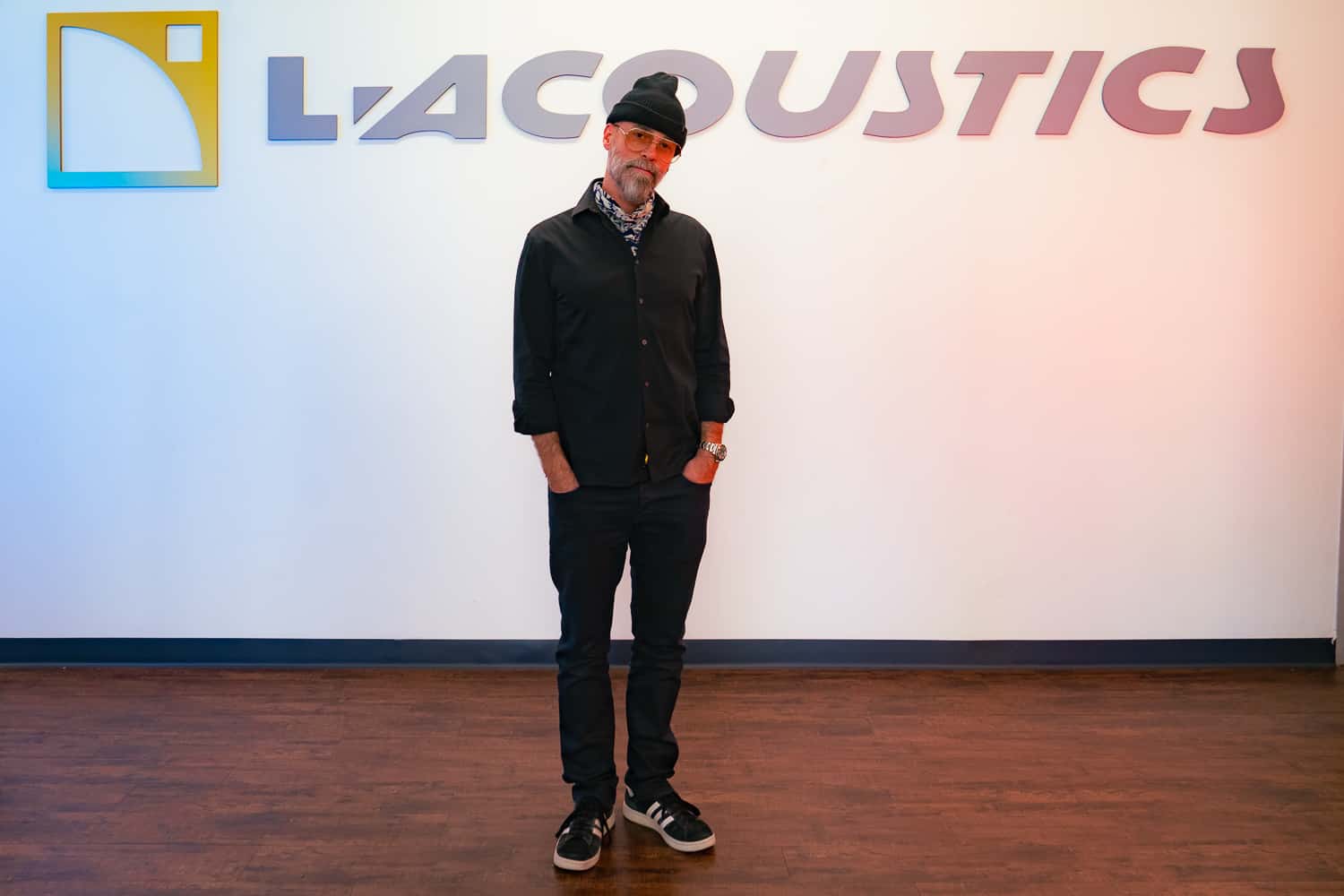 Q: For you personally, what is it about L-Acoustics L-ISA spatial technology that you think makes it the future of the way we hear and experience music?

A: Besides that it is simply ‘what’s next’, and it’s a great technology, L-ISA is also remarkably accessible for Creators. The level of interest in spatial mixing and producing expressed by my colleagues after seeing the L-ISA process documentary has been remarkable – both as creators and listeners. My producer friends react with genuine wonder and amazement when they realize that L-ISA software will allow them to mix spatially in 360° in their personal studios on headphones.  As a result, we’re going to see more artists creating spatial mixes. Major streaming platforms are making spatial mixes available to larger audiences. Does anyone ever listen to something intentionally in mono for enjoyment when they can be listening to it in stereo? Hell no. Same thing is going to start happening when people experience spatial mixes.

Q: How do you feel this will allow you and other artists to expand and display your creativity in your tracks? Also, how did it allow you to express yourself in ‘Dance My Tears Away’?

A: Well, the first and most obvious benefit is the added dimension that the technology offered me relative to sound placement. Where I would ordinarily play and record a 4-note chord in stereo, I was able to record those same 4 notes separately to separate tracks and then place them in 4 separate locations in the mix field. It is a remarkably lush effect. Specific to ‘Dance My Tears Away’, I realized that I had an opportunity to add to the narrative of the song by implying a location to the listening experience. So I wanted to put Charlz (the vocalist) and the listener in a cathedral together.  The effect was best demonstrated in the L-Acoustics listening space – it’s a pretty big room and it was really neat to walk up to the front speakers and hear Charlz’ vocals dry, with the reverb effect increasing the further you walk back into the room, the way that it would be experienced in the real world. 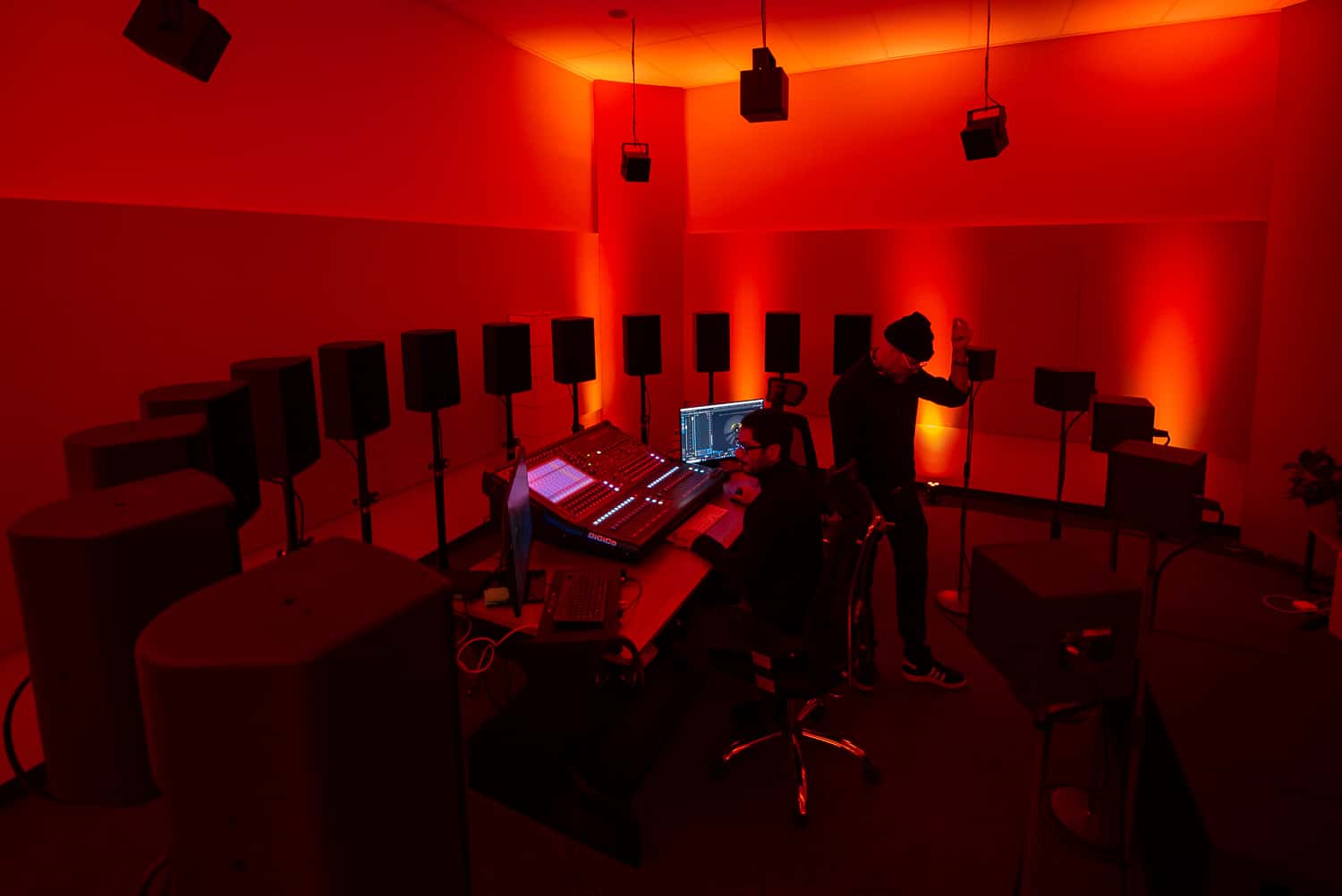 Q: Working in spatial audio is definitely a different experience than what most are used to, so what challenges were you faced with or what was the learning curve when you were first mixing with the new technology? Was it easy to adapt to or difficult?

A: First thing that occurred to me was “Wow! I can put all these sounds in completely unconventional placements in the mix… won’t this be so interesting!  But then I found myself doing stuff because I could, without thinking too much as to whether or not I should. Carlos Mosquera, one of the L-ISA engineers at L-Acoustics, did a great job of mentoring me through the discipline of tasteful restraint in the context. That said, I did manage to sneak in a few recreational mix moves for my own amusement.

A: Well… we can do things with electronic music and synthesis that can’t be as easily done in the context of orchestral recording.  I can move a sound from ‘here’ to ’there’ immediately, whereas with an orchestral recording, it would be a whole ordeal to physically move the cellist in the same way.  And fans of orchestral music, including myself, don’t want the traditional placements of orchestral sections to be too… jazzy, if you know what I mean. In electronic music, there isn’t much expectation of where a synthesized sound should live in a mix, and how it should behave. So it feels like there are more tasteful and reasonable options to explore. We electronic music producers, we’re really going to have the time of our lives creating and mixing in L-ISA. 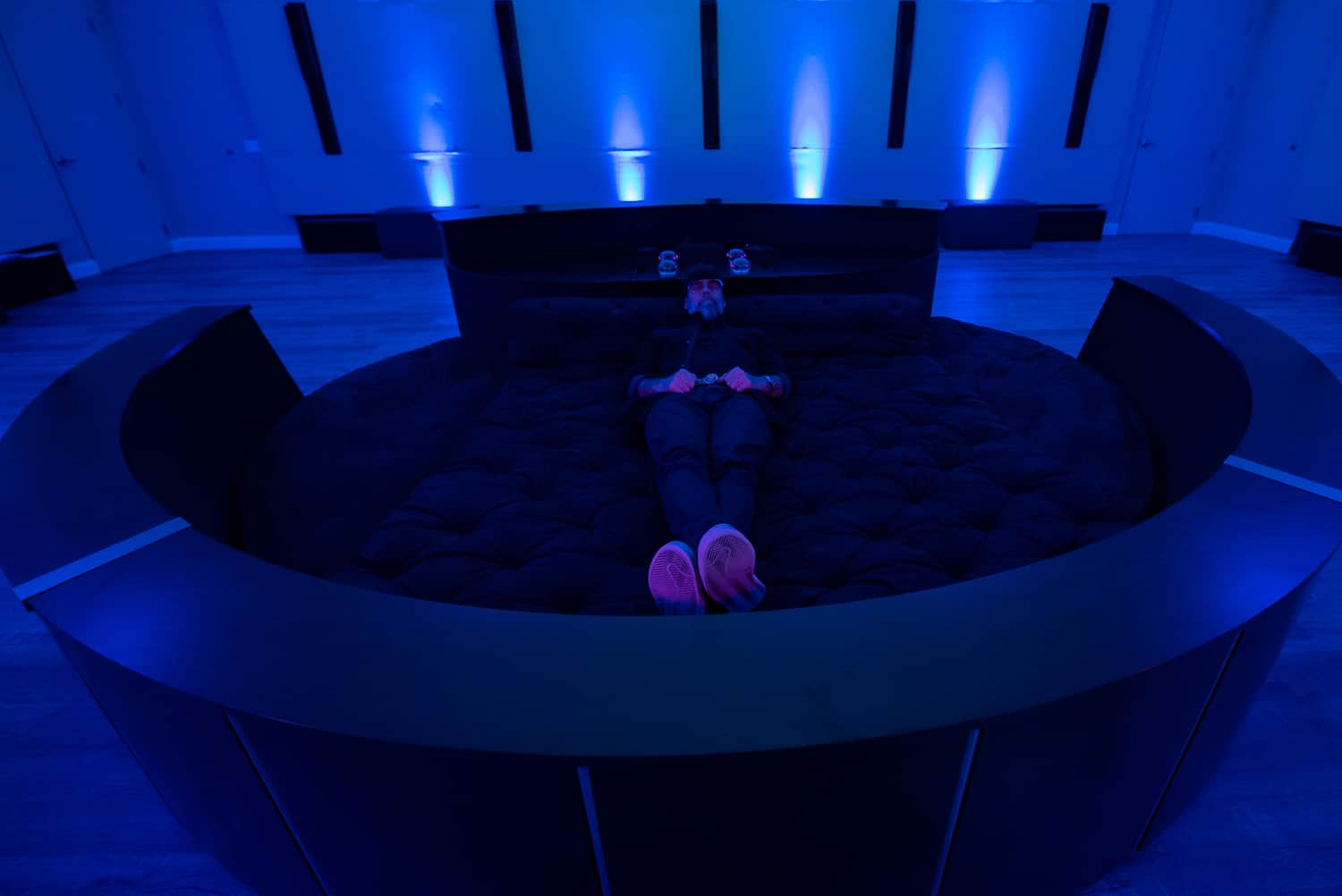 Q: Do you feel that you could ever go back to not mixing with spatial technology now that you’ve experienced it first hand?

A: Well… The first time I flew first class, I was sure I could never go back to coach… until I had to… which was pretty soon after. I’ll enjoy working in both spatial and stereo… because I’ll have to!

Q: While this technology is set to be the future, do you feel that until the tech becomes more of an industry standard that it could potentially hurt the music industry due to not every song having the opportunity to be mixed with spatial audio ultimately causing a dissatisfaction/disinterest to consumers because some songs don’t sound as  “exciting” or spatial as the ones mixed in spatial settings.

A: I don’t really think so.  Spatial is a wonderful way to experience and create music, to be sure… but a great song is going to connect in whatever environment it’s played and heard. 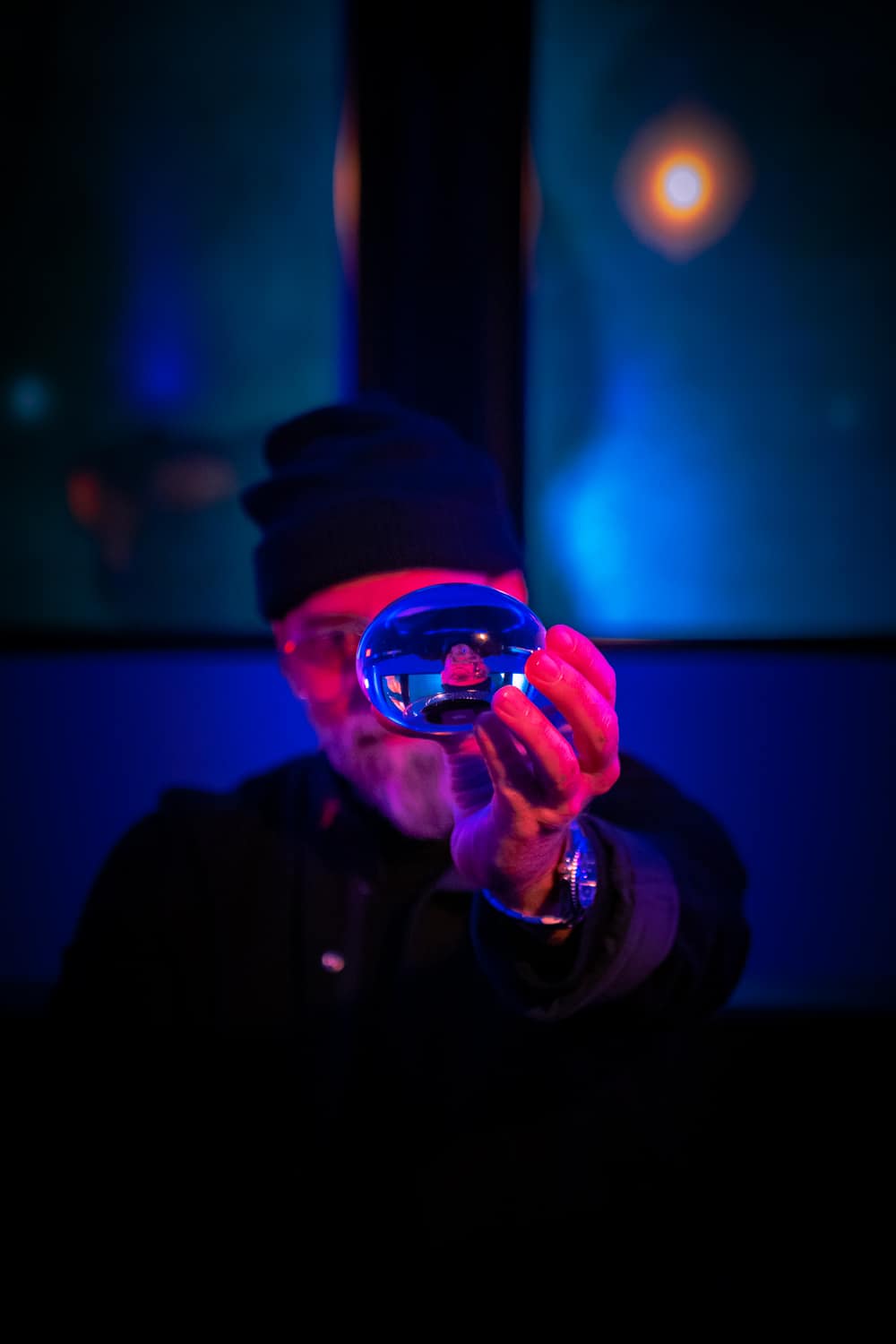 The future is just beginning with L-Acoustics is paving the way for a brand new sound. As spatial audio becomes more common and L-ISA becomes an industry standard, mixing as we knew will change for the better. The opportunities are endless when it comes to the new technology, elements you never thought could be heard will now have their place in the mix. Be on the lookout for the next spatially mixed track as your favorite artists just might be the next one.

Listen to ‘Dance My Tears Away’ by Latroit here.