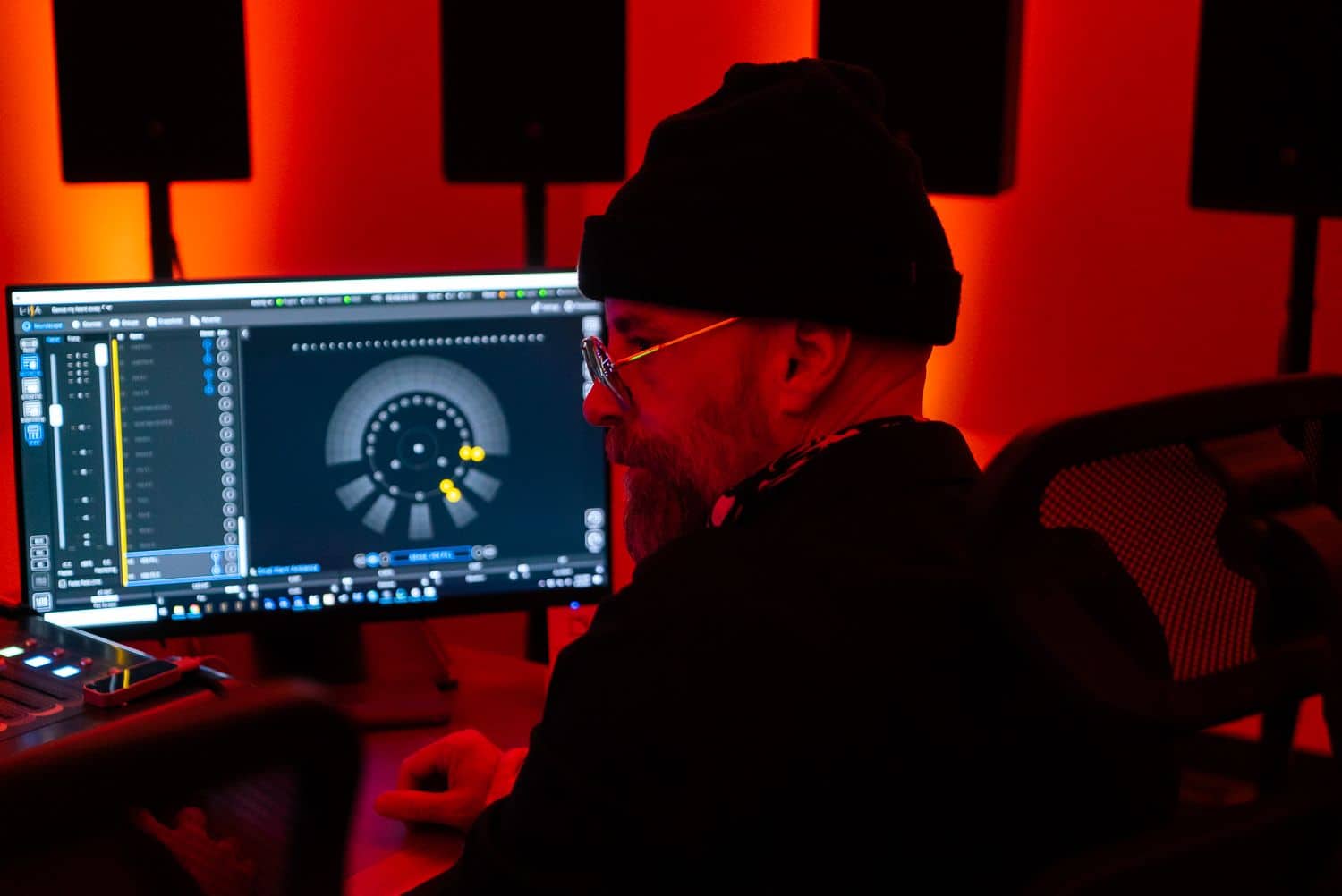 Spatial audio is the latest technological craze to hit the music industry. Allowing listeners to pinpoint where the sound is coming from, it essentially gives a sense of space which goes beyond the usual audio that people have always listened to. Now, L-Acoustics and producer Latroit have teamed up to use spatial audio in a special way.

L-Acoustics is the forward-thinking company who is leading in the design and manufacturing of premium sound systems for live events. Their list of clients is seemingly endless but includes leading live events titans such as Tomorrowland, Ubbi Dubbi and Rolling Loud, and also for artists like ODESZA, Tiësto, David Guetta and many more leaders of the electronic scene and beyond. Always innovating their designs and technology to stay ahead of the game, in 2011 they formed a research team which would look into the possibility of introducing spatial audio at events. In 2016, they introduced L-ISA Immersive Hyperreal Sound technology which introduces many possibilities for not only artists but listeners and fans alike. Since its inception, L-ISA has reached around 12 million people in all corners of the world, also being used within 6000 productions. Now this technology is spreading to the studio, where Grammy Award-winning producer Latroit and Jason Bentley, LA radio personality and Secret Technology imprint owner, have dived straight into the immersive possibilities. 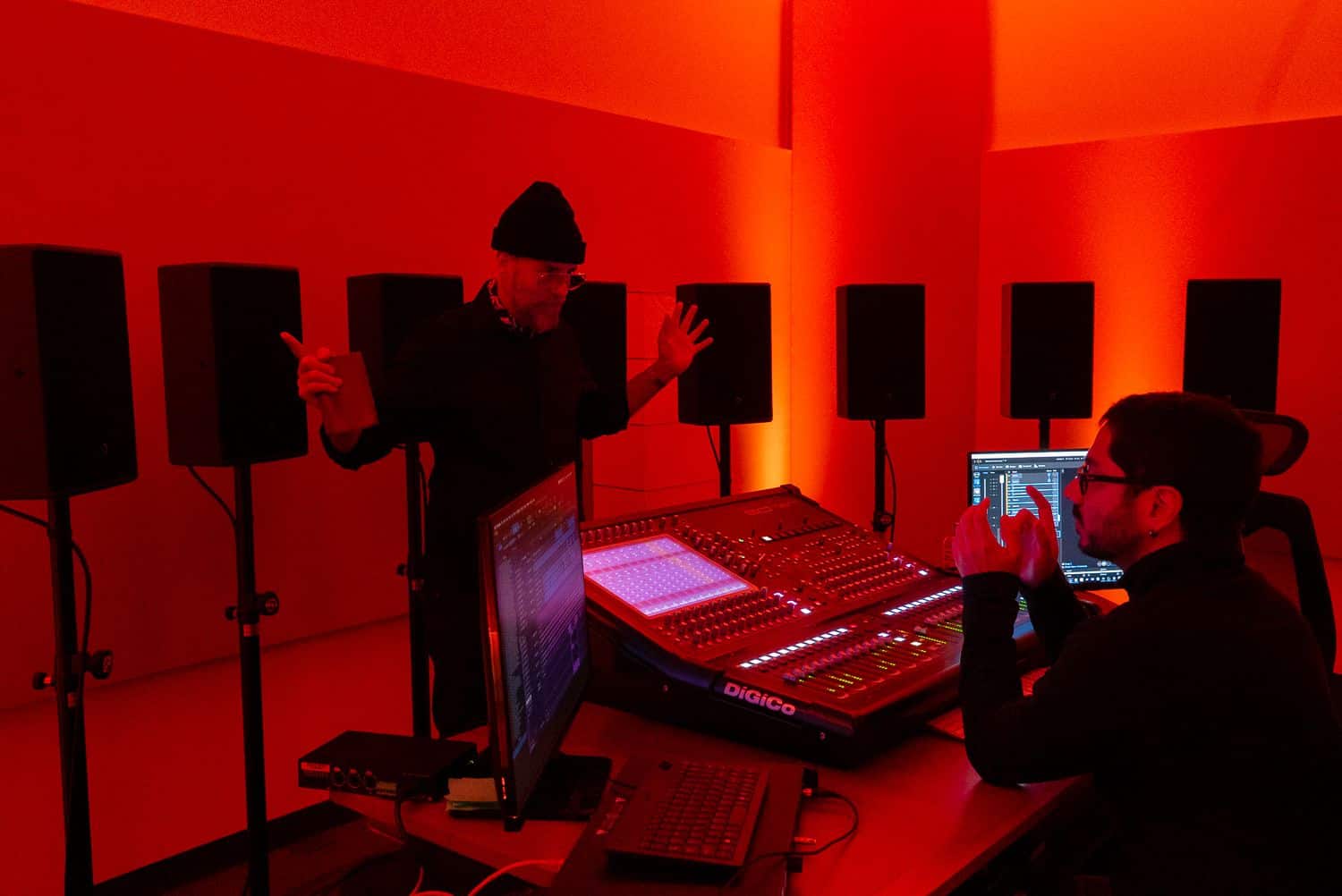 Latroit and Bentley were introduced to the L-ISA technology by a mutual friend, who believed that his sound would make a perfect match for this technology, which evidently turned out to be true. The track, a remix of ‘Dance Your Tears Away’ by Latroit, featuring Australian artist Charlz, was mixed at L-Acoustics HQ where a short video documenting the experience was also shot, released along with the track. ‘Dance My Tears Away’ was remixed in 18.1, as well as output to binaural and has been released for enhanced listening with headphones or earbuds. The track itself is a perfect anthem for post-pandemic life, where dancefloors are beginning to open up again. About the track, Latroit says:

“This song got me back into music. After taking some time off, I found myself reminiscing through a collection of unreleased demos that I had with Charlz. These lyrics connected with me intensely at that moment in time, and it became a mission of mine to bring this message to life with the best production I could muster.”

Moving through the music industry and rising up in the ranks, the composer and artist has enjoyed success with Gold, Platinum and Double Platinum selling records with multiple Billboard charting hits and countless placements in television and film. As part of Detroit techno group Inner City, Latroit’s expertise, knowledge and achievements throughout his career are substantial and enduring.

Proving that the new era of mixing is here, Latroit and L-ISA and Latroit form a dynamic powerhouse team. With an irresistible production released on Jason Bentley’s Secret Technology imprint and mixed with impeccable technology to get the best sound possible, this is certainly one unmissable production with an interesting story behind it. Listen to the track below, or stream it here. Don’t forget to also check out the behind the scenes documentary below.

Check out Latroit’s website here for more. To learn more about L-ISA Studio and the creation process in spatial audio, click here.