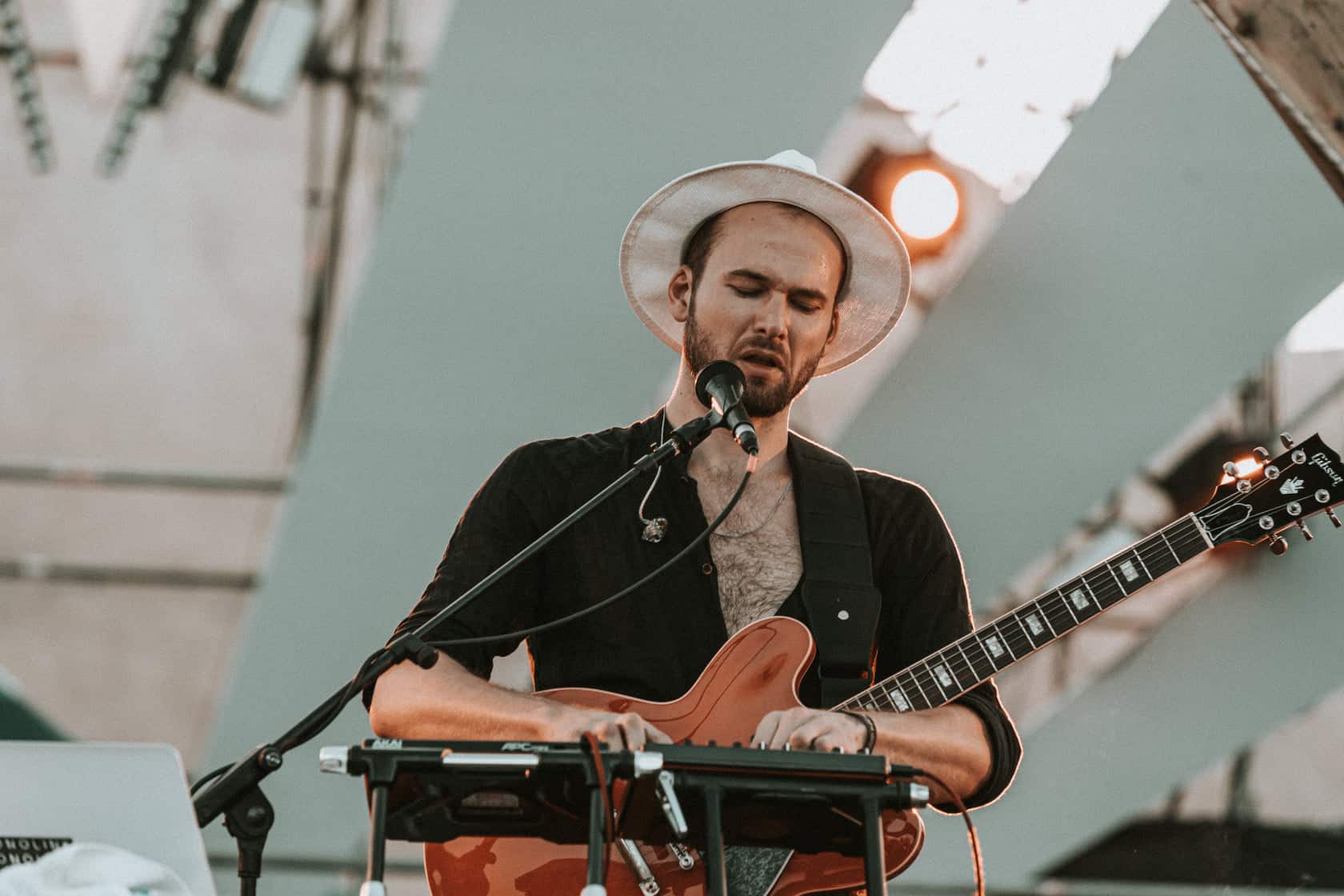 Monolink has found a niche sound that somehow works in both a home listening setting for relaxation but also in clubs full of dancing bodies, perfectly hitting that sweet spot between both atmospheres. Within his new album ‘Under Darkening Skies‘, you’ll find a combination of his dreamy signature sound but also club-ready anthems that are darker in nature, further showcasing his diversity as an artist. From ambience and delicate piano tones to vocal-based works, this body of work is sure to please anyone. Starting the album rollout with tracks such as ‘The Prey‘ and ‘Otherside’, these fan favourites are joined by newer fan favourites like ‘We Don’t Sleep’ or ‘Don’t Hold Back’. To talk about the album’s process and to dive deeper, we talked to Monolink all about ‘Under Darkening Skies’.

Congratulations on your new album release! Having a new album out after spending so long working on it must feel amazing. What do you think of the response to it from the fans so far?

The response has been amazing and it does indeed feel good to finally get it out and give it away. Making an album is such an intense process with many ups and downs, at least for me it is. It’s very emotional, so it feels good to just be able to let it go.

There are 12 unique tracks on the album that all stand out from one another. What was the creation process like for these tracks? Do you have a typical process that you go through when creating a track or an album?

With the new album it was definitely about getting back into songwriting. I guess I am always going to be a guitarist and it is an instrument I love and which features heavily on the new album. But ‘Under Darkening Skies’ also meant new instruments, breaking out of life of just on the guitar and buying a piano, a lot of the songs started like that – as actual song drafts on those instruments. Then I would record what I have and mess around with it in the production stage. I’ve spent over a year in the studio and had a really productive time trying out new things, working a lot on that piano and old synths this time, tried out new tempos and structures. I recorded it mostly in my studio here in Berlin, some parts we did with my co-producer  Stefan Thomas, who also mixed and mastered the record, in his studio.