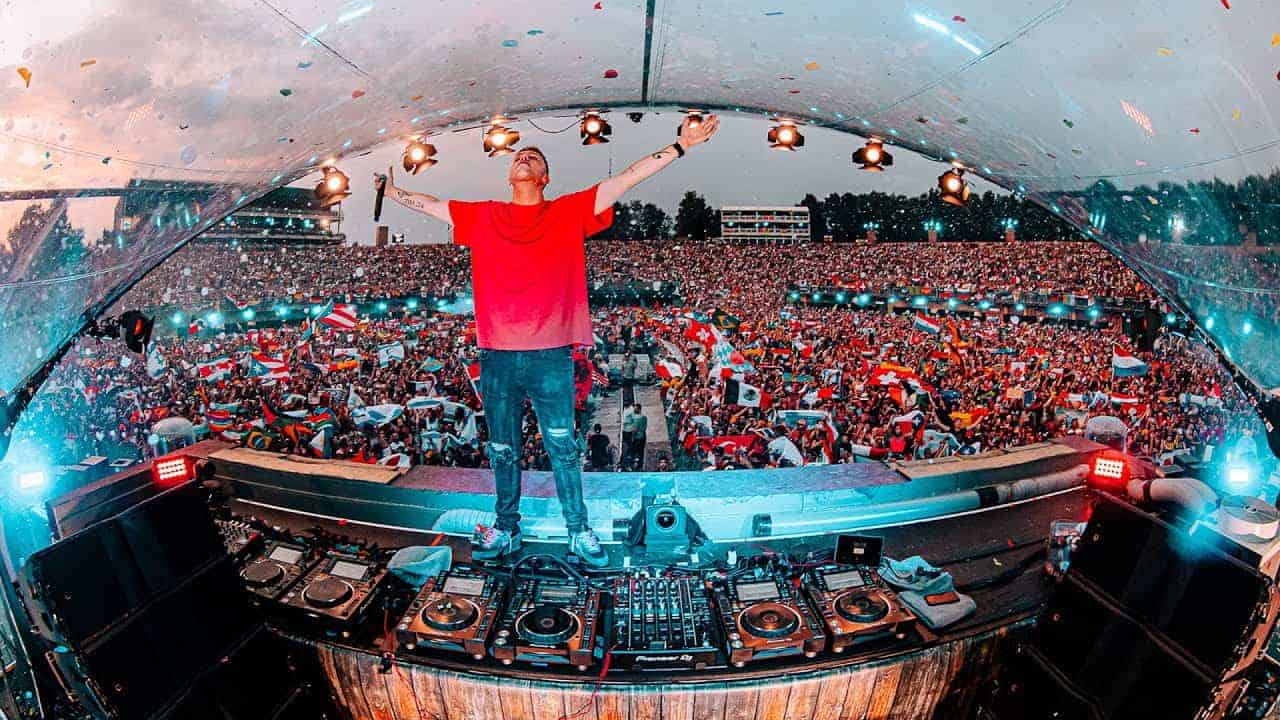 When Nicky Romero takes the festival stage, you can guarantee the set will be filled with high-energy drops and unforgettable melodies. That energy was provided to viewers through their screens this past weekend for Tomorrowland’s ‘Around The World’ Virtual Festival.

Taking front and center of Tomorrowland’s mainstage, themed after their 2017 edition “Amicorum Spectaculum,” Romero made sure his set was one of the best of the night. With a 45-minute performance filled with IDs and some of his most well-known tracks, he proved that he is a can’t miss at any Tomorrowland event.

Split into two parts, Nicky Romero mixed more house-inspired tracks through the first half of the set and saved the high-energy big room songs for the latter. Usually, he begins a set with a progressive style tune. However, this time around he opened with his collaboration with Vintage Culture titled “Out of Control.” Following that he played what might have been the most popular track of the festival, David Guetta’s remix of Shouse’s “Love Tonight.”

Romero then previewed music from his darker-themed alias, Monocule, including an ID from the alias he deemed a “Tomorrowland exclusive.” He saved his most big-room-inspired songs for the end as he played his remix of David Guetta and Afrojack’s “Hero” and then later “I Need You To Know,” a collab he did with Armin Van Buuren.

Closing the set, Romero previewed new music he had been working on with W&W in a track titled “We’re Still Young.” And lastly, he finished with his most iconic song to date, “I Could Be The One,” but mixing in the drop from “Mistaken” by Martin Garrix.

Once again, Nicky Romero delivered another amazing set and proved why he is considered one of dance music’s greatest. When he walks up to the decks, you know you are in for a good time. And this set was nothing short of that. Check out the tracklist here.

If you watched the Tomorrowland performance let us know your thoughts in the comments below.