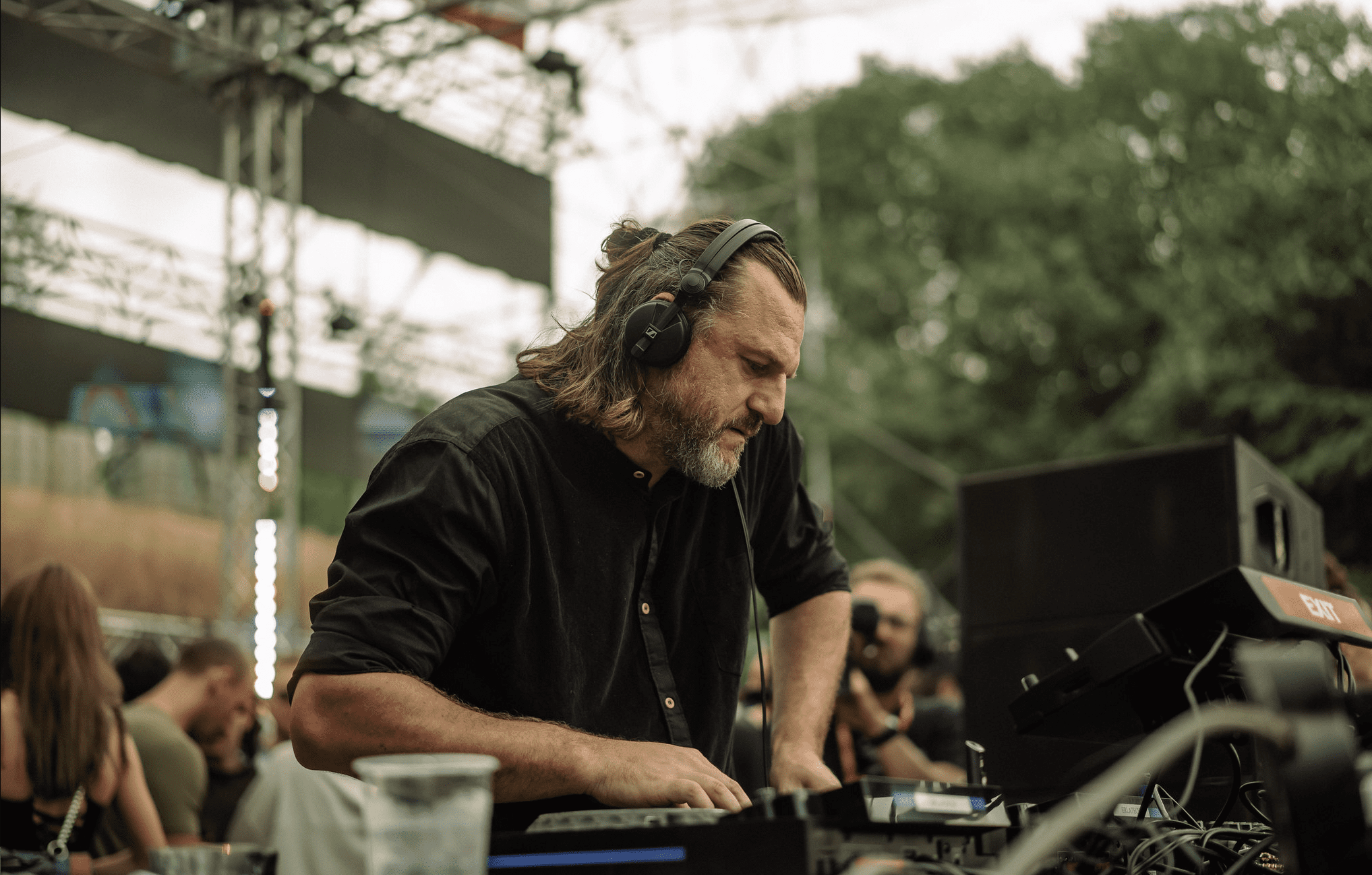 The great electronic maestro Mladen Solomun had a very special task last Sunday: to close EXIT Festival. Placed in the mts Dance Arena, Solomun delivered an exquisite five-hour set that echoed throughout that natural amphitheatre. Ten years ago he played on the same stage as an upcoming artist, a decade later he celebrates the twenty years of the festival with a closing set.

In the past, it had been possible to see the famed artist spreading magic in that place, but seeing him back increases the belief that normality is just around the corner. This 2021 edition of the EXIT Festival was perhaps the most anticipated of all, for the obvious reasons, making this closing set even more significant. For five hours that flew by, Solomun once again immortalised his endurance behind the decks and reminded everyone of the stuff he’s made of. 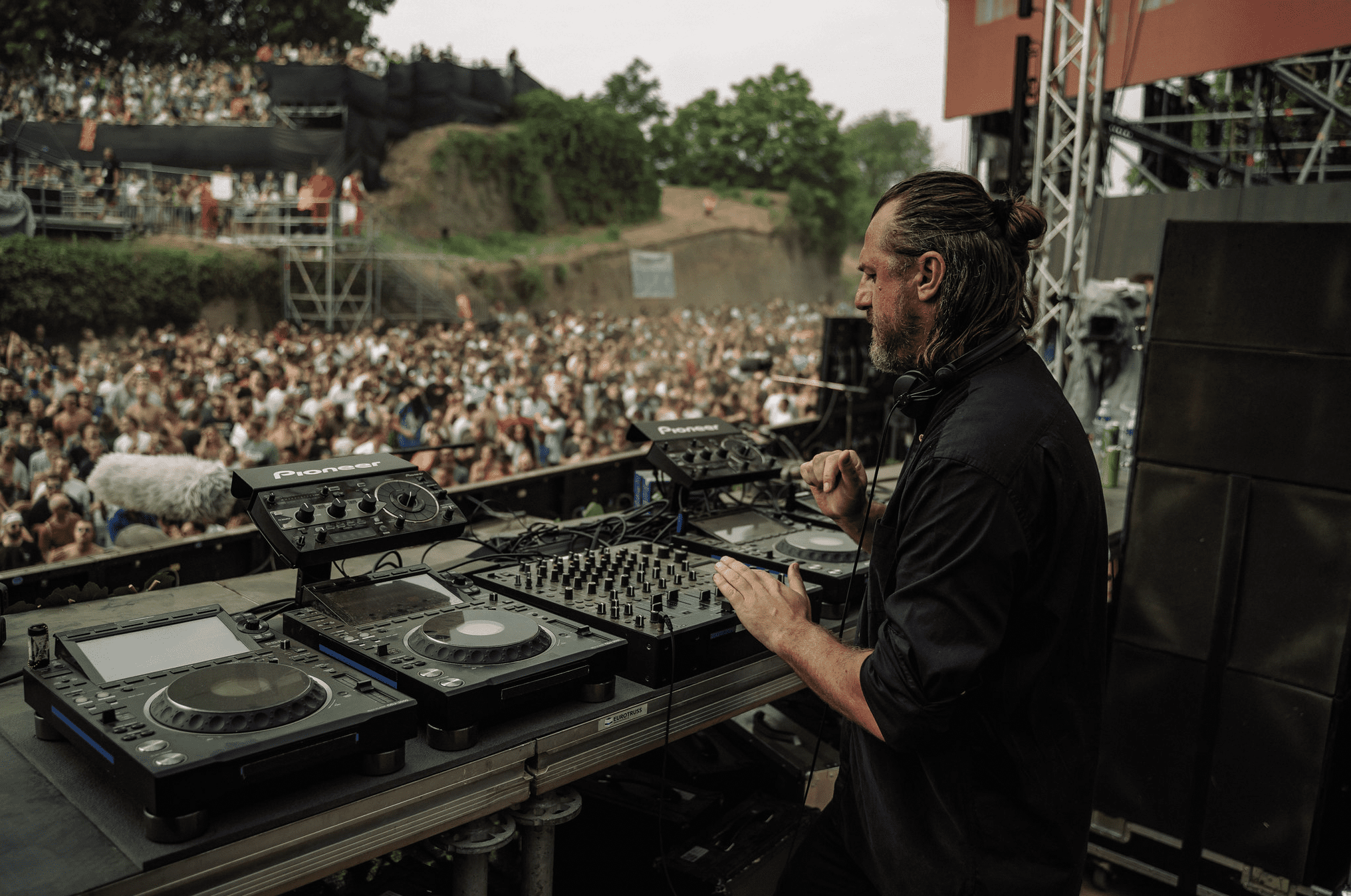 Perfectly framed in the landscape of a crowded backstage and a crowd in front of him that painted the entire horizon, Solomun stared at everyone with his characteristic look that symbolises that something serious is coming. Serious fun. It’s been roughly 18 months since the industry froze up. The passage of time can also be seen in Solomun’s new look, which would otherwise come as no surprise. Looking like a samurai and armed with his equipment of choice, he kicked things off with an ethereal, tribal, mystical sound that repeats ‘Dzelem, Dzelem‘. Solomun’s sets have always been marked by a lot of mystery and tracks of different styles, always favouring more cultural sounds, especially when playing away. Another of his hallmarks is to offer a continuous, complex and rich journey, ensuring that no one can sense when a track goes in or out. Through much expertise of his own, Solomun offers just one giant track, composed of a playlist specially curated to make the crowd dream. For the more curious, you can check out the tracklist for this set here, however, you should be warned that, and to no great surprise, many of the tracks remain undiscovered. This giant set is a living showcase of new, fresh and passionate music. If the time slot for Solomun’s performance might sound challenging for some, after a few minutes you realise that the fuel coming out of the speakers is enough to get you dancing for hours and hours on end. Through dark magic, the tracks go thick and thick, capturing everyone into a state of perfect symbiosis with the sound.

This forced long break didn’t deteriorate Solomun’s skills, quite the contrary. Like a true wizard, he played and immaculately worked the tracks, managing to build a sound perfectly adapted to the environment of EXIT Festival, that time and that crowd. A tailer made moment, to create what he calls ‘Momentum‘.

This five-hour set was the longest ever presented at EXIT Festival, a record marked by quantity, but also in quality. EXIT became the first major European festival to take place this summer, gathering around 180,000 festival-goers in total. In addition to having raised the hopes of the industry on European soil, it offered an eclectic lineup of the highest quality, maintaining its very high level. The 2021 edition marked the festival’s twentieth anniversary and the closing set at the hands of Solomun was a great way to end this anniversary edition, on the iconic grounds of this arena in Novi Sad, Serbia. Recall this epic moment below: