Last weekend, Tomorrowland once again united festivalgoers for a digital musical communion in another edition of Around the World. For two nights, the magical island of Pāpiliōnem once again hosted the digital edition of the iconic festival. The fantasy of the Amicorum Spectaculum theme made the sets even more mystical and lush, packed with detail and mysticism, like all physical editions of the festival. If Friday night was more modest, with only two open stages, Saturday night took on Olympic proportions, offering an eclectic lineup spread across six stages and also the Moose bar. One of the stages with the most unassuming presence on the timetable was the Atmosphere. Three hours, three sets, lots of magic. Incredibly faithful to its actual design, the big tent did not disappoint fans of melodic house and techno. The Atmosphere stage was synonymous with Afterlife, having been exclusively curated by Tale Of Us‘ project. Following Stephan Jolk and Adriatique, the Italian duo Tale Of Us closed the stage with a hypnotic and mysterious set. 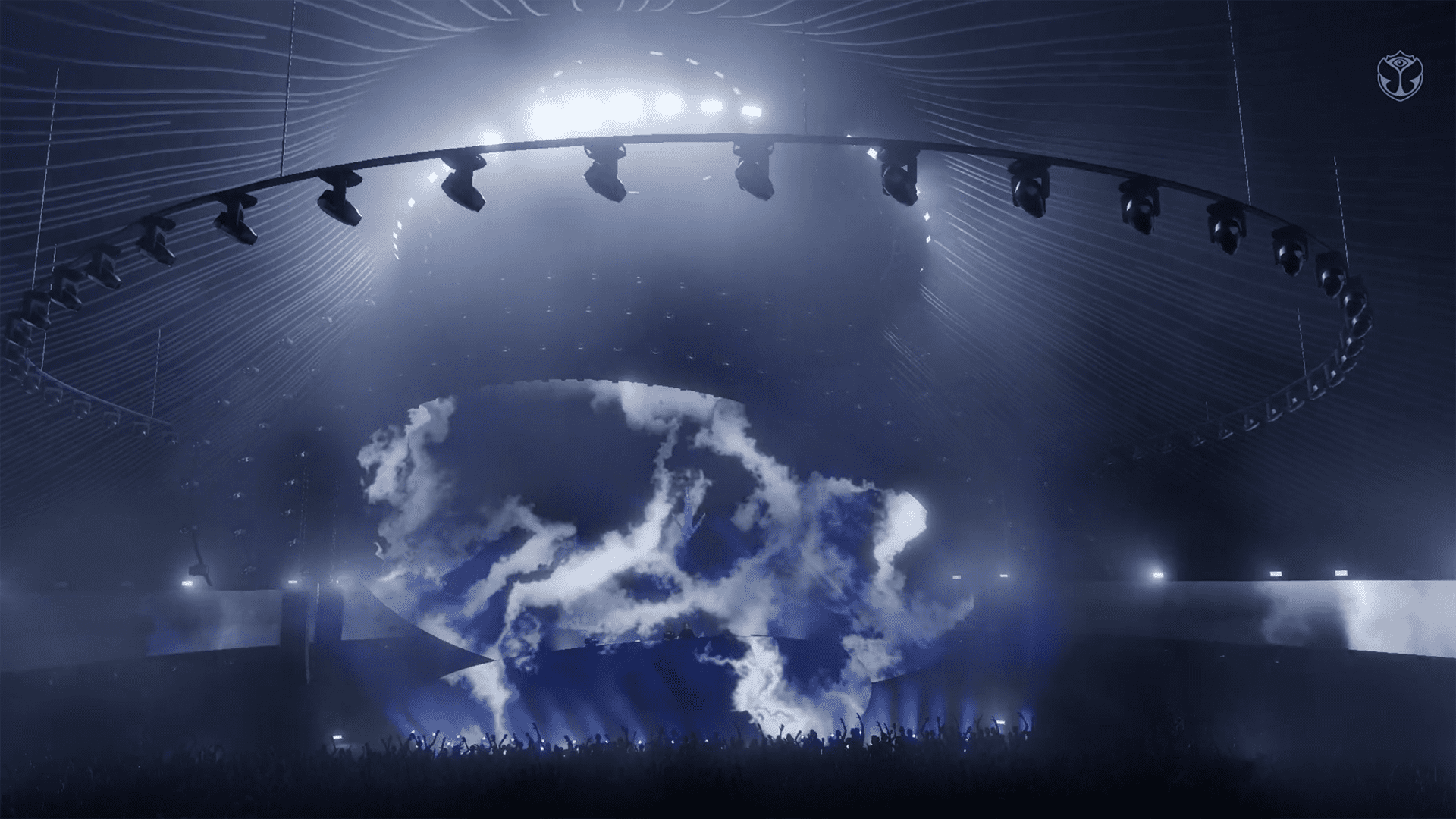 Powerhouse dance music duo Tale Of Us have spent the last 10 years developing a very distinct sound. Through deep, contemplative, meditative music but always with the rough techno beat present they have created a very strong bond with a huge fanbase. More than a duo of artists and Afterlife label bosses, Carmine Conte and Matteo Milleri represent a concept. Earlier this year, Matteo embarked on a solo adventure under the moniker Anyma. This project blends computer-generated environments with real-life aspects, representing an innovative new way for the artist to express himself. Anyma‘s first EP was released last month via Afterlife. Also this year Carmine Conte premiered MRAK, a new solo live project that has already bewitched some venues. But if these solo projects news made the Tale Of Us fans a bit afraid, seeing them on the Around the World 2021 lineup certainly brought some serenity. In the set they performed last Saturday, the duo not only showed that they are still solid but also proved that their solo adventures have only made Tale Of Us and the Afterlife family stronger. 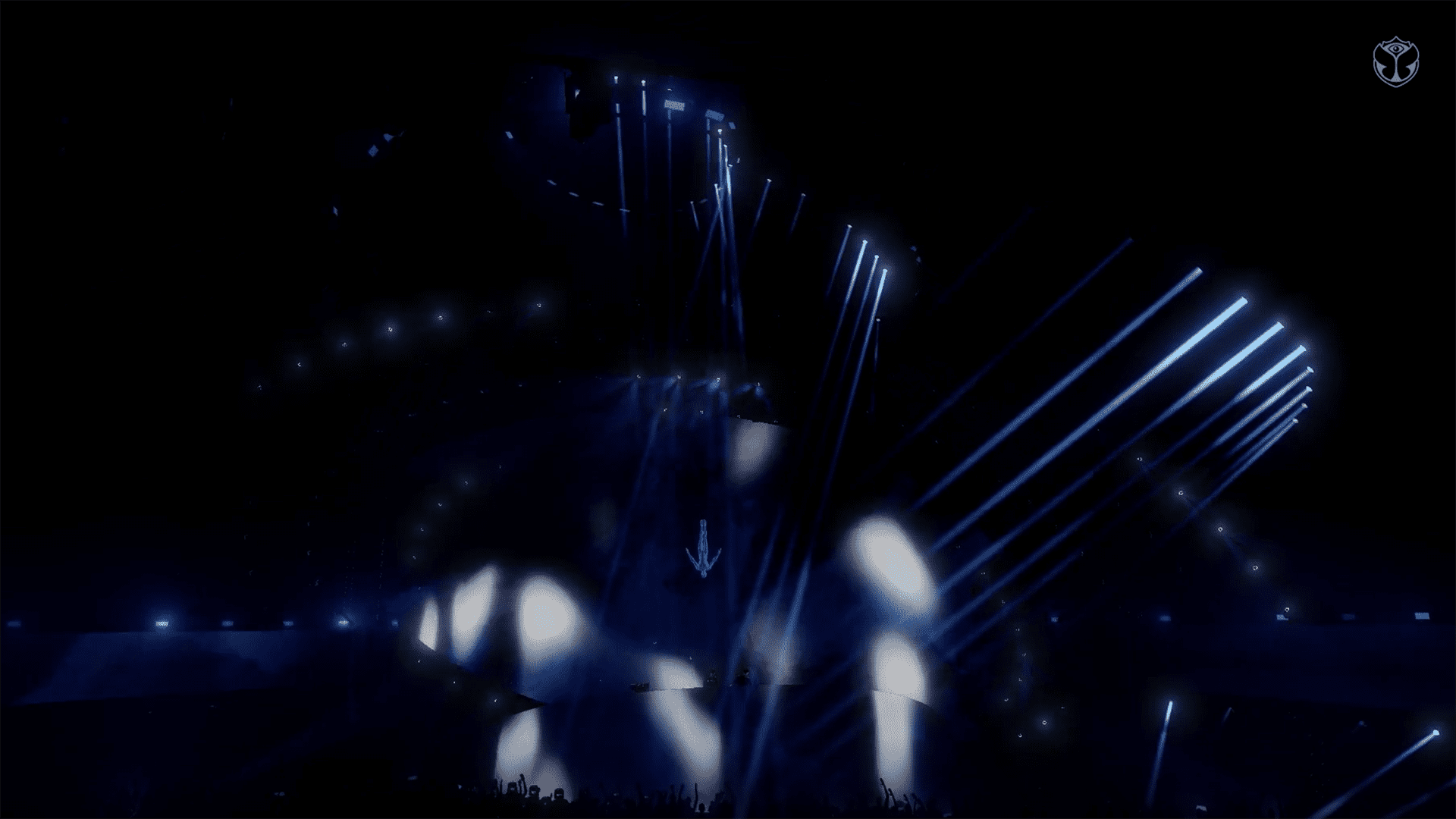 Inside the Atmosphere stage lives the purest darkness. Vertical, horizontal and circular lines draw the inner silhouette of the tent, making its conical shape apparent. The hanging mismatched circles represent the divine channel and display the hanging man, the great hallmark of Afterlife. On the stage where they perform Tale Of Us, the screen behind them and the one serving as a stage merge in an optical illusion orchestrated by the incredible and hypnotic graphics. The lights, images and sound destroy any notion of time and space, leaving the spectators hovering in a magical limbo. You enter into the Afterlife state. The set unfolds in a 60-minute track. Like a soundtrack to a movie, the music played with the emotions of the Tale Of Us fans, stirring up tension, euphoria and many other sensations. The state of trance that these two magicians employ on festivalgoers leaves the nagging of knowing which track they’re playing a little bit on the side. But that’s a good thing. If you want to know which were those pearls that they played successively in the Atmosphere in this Around the World, you’ll have to wait. The set was composed almost exclusively of new, unreleased, and unknown music. From the featured artists on this one-hour long journey into the cosmos, we found Afterlife artists like KAS:ST, Kevin de Vries, and Stephan Bodzin with what seems to be his forthcoming work with the Portuguese-inspired name ‘Boavista‘.

In the past, Tale Of Us sets and its collection of unknown Ids have dictated major trends. Perhaps that realm is back. You can peep the setlist here and re-watch this maverick set at tomorrowland.com via the relive platform.

Tags: around the world 2021, Atmosphere, Tale of Us, Tomorrowland
0