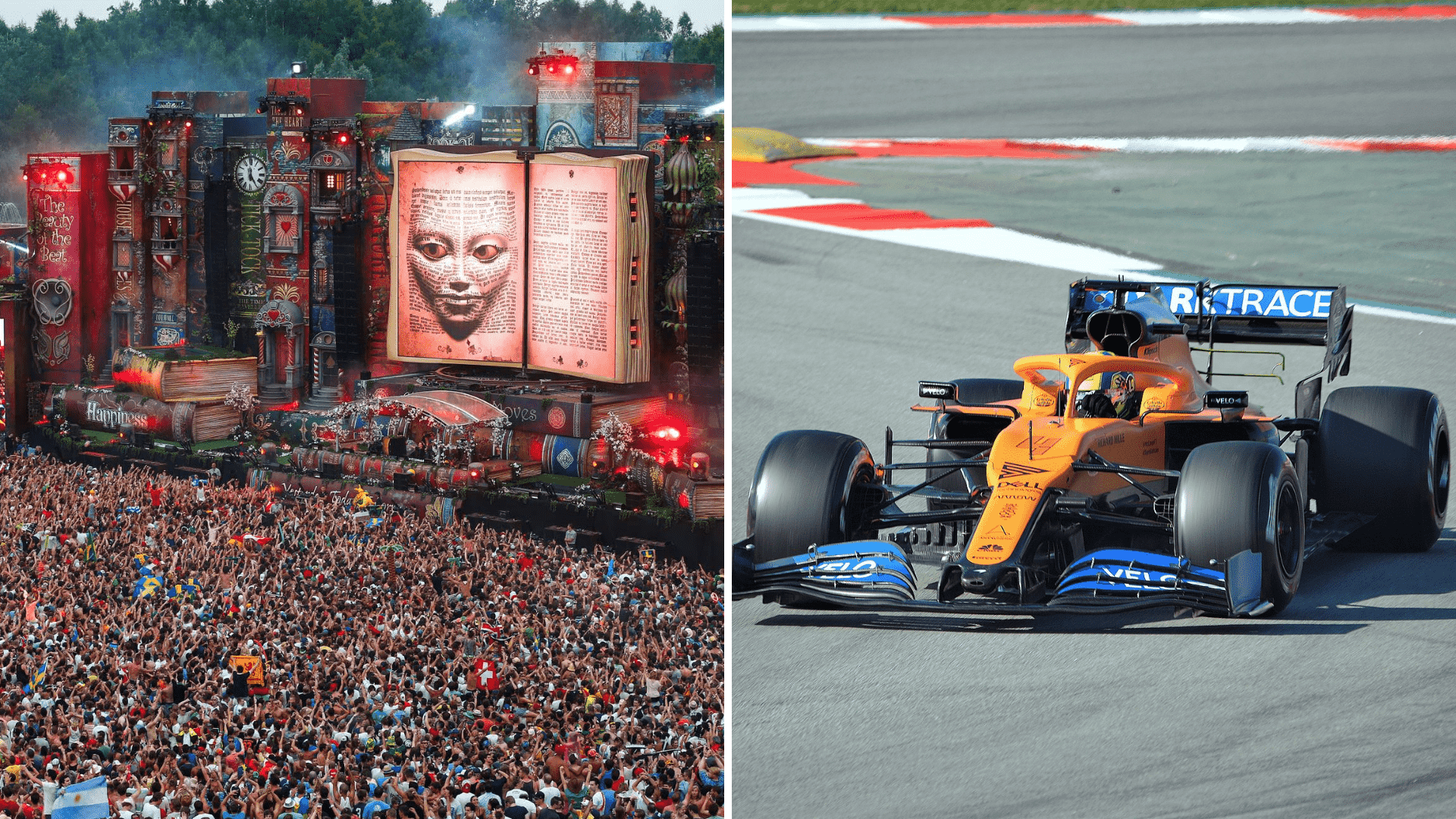 Yes, you read that right Tomorrowland will officially become part of the F1 circuit this weekend. But not in the way you might think. The music festival is teaming up with McLaren to put their Tomorrowland Around the World logo on the new MCL35M car. This will become the first time a music festival has been branded on an F1 car.

This pairing with McLaren comes from a deal the Belgium-based festival made with British American Tobacco (BAT). BAT is using this opportunity to raise awareness of Tomorrowland’s digital festival set to take place for its 2nd edition on July 16th and 17th. The Tobacco company is known for its support of live music and the events industry and is using this platform to encourage ongoing support.

“McLaren is more than a partner in motorsport, we share a love of music and innovation, and this provides a never-before-seen opportunity to make a statement – for our music-loving fans of motor racing and providing much-needed support for the live music industry.” – John Beasley, Group Head of Brand Building, BAT

The advertisement will be called the “World’s Fastest Flyer.” It will be displayed this weekend as McLaren drivers, Lando Norris and Daniel Ricciardo race the MCL35Ms in the Austrian Grand Prix.

“We always want to help our partners and give back to the fans, and whilst Tomorrowland may not happen in person in 2021, together we have created the world’s fastest flyer for the greatest digital music festival!” – John Beasley

Even though the world’s biggest dance festival will no longer take place in Belgium later this year, they will still bring world-class DJ performances to your living room in the form of their virtual event. And if you plan on watching the Austrian Grand Prix on July 4th, make sure to keep an eye out for the Tomorrowland on the track.

Tickets to Tomorrowland Around the World are on sale now, you can find them here.