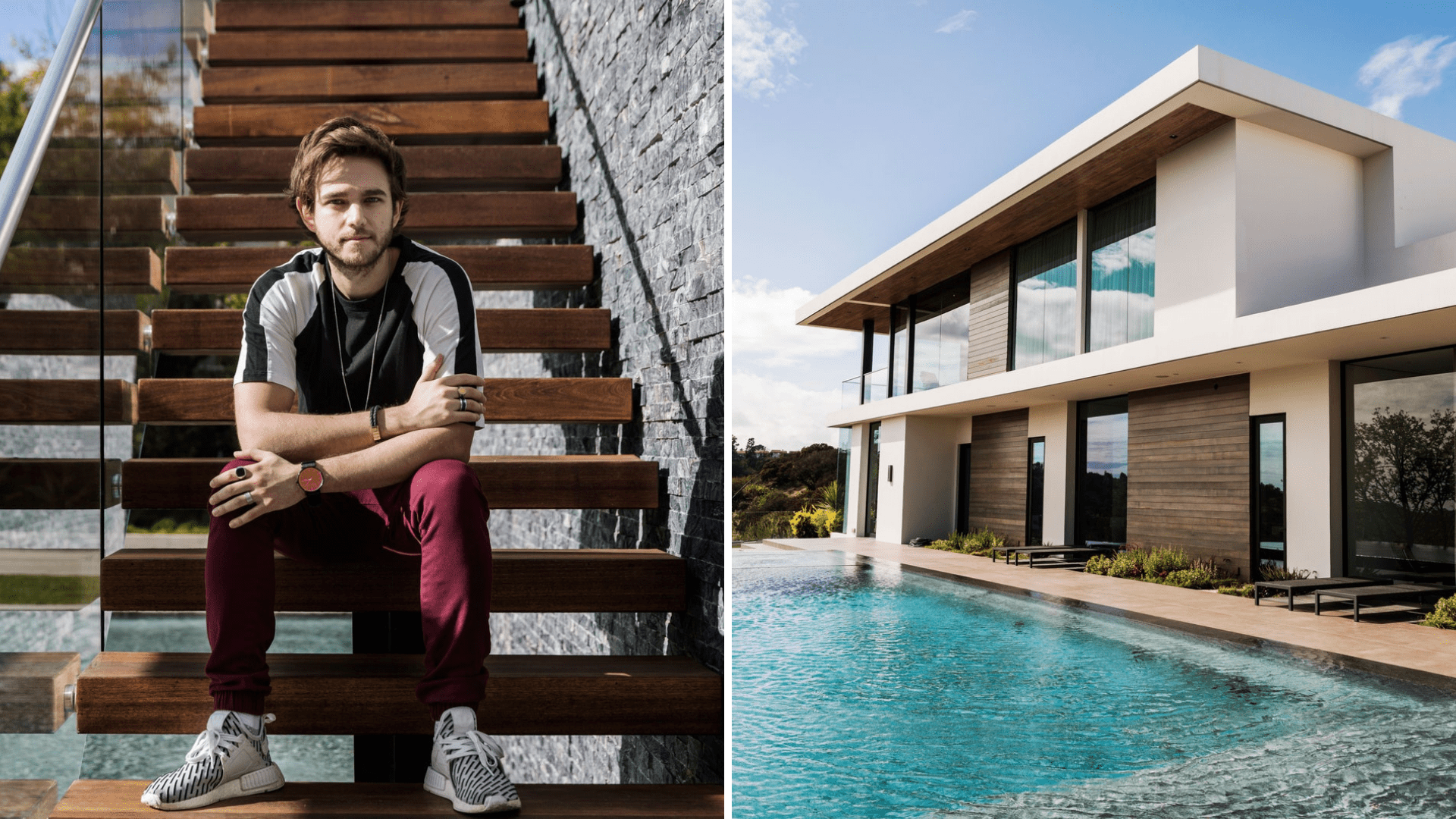 Zedd has officially put his mansion in Beverley Hills on the market. The 3.2-acre property that holds the 11,000 square foot house was first made famous on Architectural Digest. And since then, it has been a talking point when it comes to living spaces in the EDM community. The house is set for an asking price of $26.5 million.

The Grammy-winning artist bought the house in 2016 for around $16 million. There are many ammenities that Zedd added after the purchase such as a game room, music studio, movie theater, and what might be the most popular item from the Architectural Digest walk-through, a skittles dispenser.

The mansion contains 5 bedrooms. And according to realtor.com “the open kitchen and living room feature an island with two built in Korean bbq charcoal grills and a prep kitchen/pantry with second access directly to the dining room. Master suite encompasses the entire second floor, featuring a private terrace with fireplace and panoramic views, two large walk in closets and magnificent bath with steam shower.”  There is an indoor/outdoor gym and garden. There is also approved plans for a bowling alley,

The reason why Zedd has decided to move on from the mansion he has called home for the past 5 years is unknown. And it has not been revealed where the superstar DJ will buy his next estate.

Watch Architectural Digest’s walk through of Zedd’s mansion below.