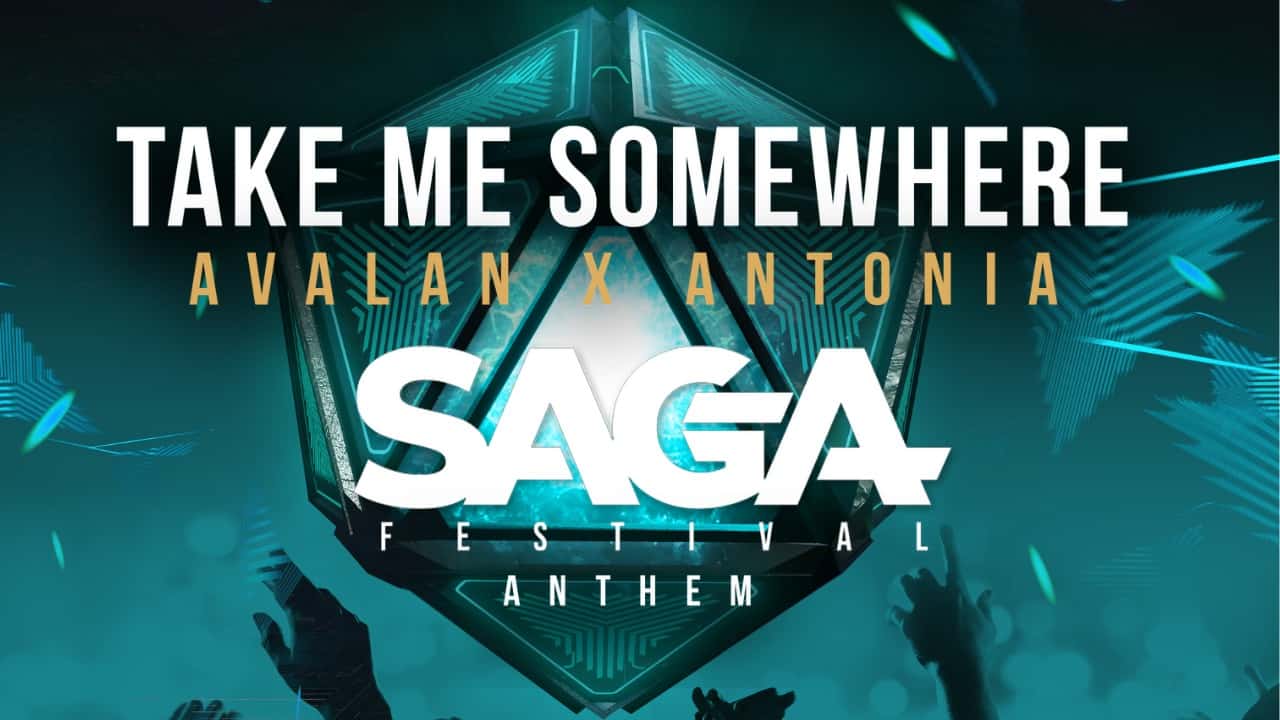 Ahead of the debut edition of SAGA Festival in September, Avalan has combined with Romanian model and superstar vocalist Antonia for “Take Me Somewhere”, the official anthem for the 2021 edition of the festival.

With a youthful and uplifting top-line, “Take Me Somewhere” encapsulates the true spirit of an inspirational summer anthem with tantalising, and energetic melodies throughout. Honing in on Antonia’s serene vocals and Avalan’s impeccably crafted beats, this track is destined to become the soundtrack to many beautiful summer memories. Following a captivating collaboration with Armin van Buuren last year, this breathtaking new track sees the Amsterdam-based producer entrusted with an official festival anthem for the second time in his career. The SAGA anthem looks to improve upon his success with “World We Know” in the form of the Alterboyz remix made exclusively for AMF 2020.

Speaking of the inspiration behind the new anthem, Avalan added:

“We both wanted to do something special and together with ALDA and Global Records we set up a plan to create a track that unites and tells the story about people with wanderlust, that love festivals and just mainly live young, wild and free. That’s the reason we decided to release something that a lot of people relate to, can feel good about and most importantly dance to! I hope you like our track as much as we do and we’re more than ready to perform this live during SAGA 2021.”

The anthem lands just over a month before the long-awaited SAGA Festival is set to kick-start in Izvor Park, Bucharest. Global event organisers ALDA and Insomniac have combined to bring together a glittering ensemble of over 50 names from house, techno and progressive in the Romanian capital between 10-12 September. Championing world-renowned artists such as Alan Walker, Don Diablo, MORTEN, Tiësto, Topic and Vini Vici and polishing off the roster with the recent additions of Masked Wolf and viral sensation Sickick, the Romanian contingent are set to enjoy one of the most eclectic festival lineups in the history electronic music. Over 20,000 tickets have already been sold, as fans don’t want to miss the start of the Saga story. That said, tickets for the 3-day festival experience are still on sale ahead of the event and can be purchased here.

In the meantime, also look below to check out “Take Me Somewhere”, the new Avalan single and the official SAGA Festival anthem for 2021!