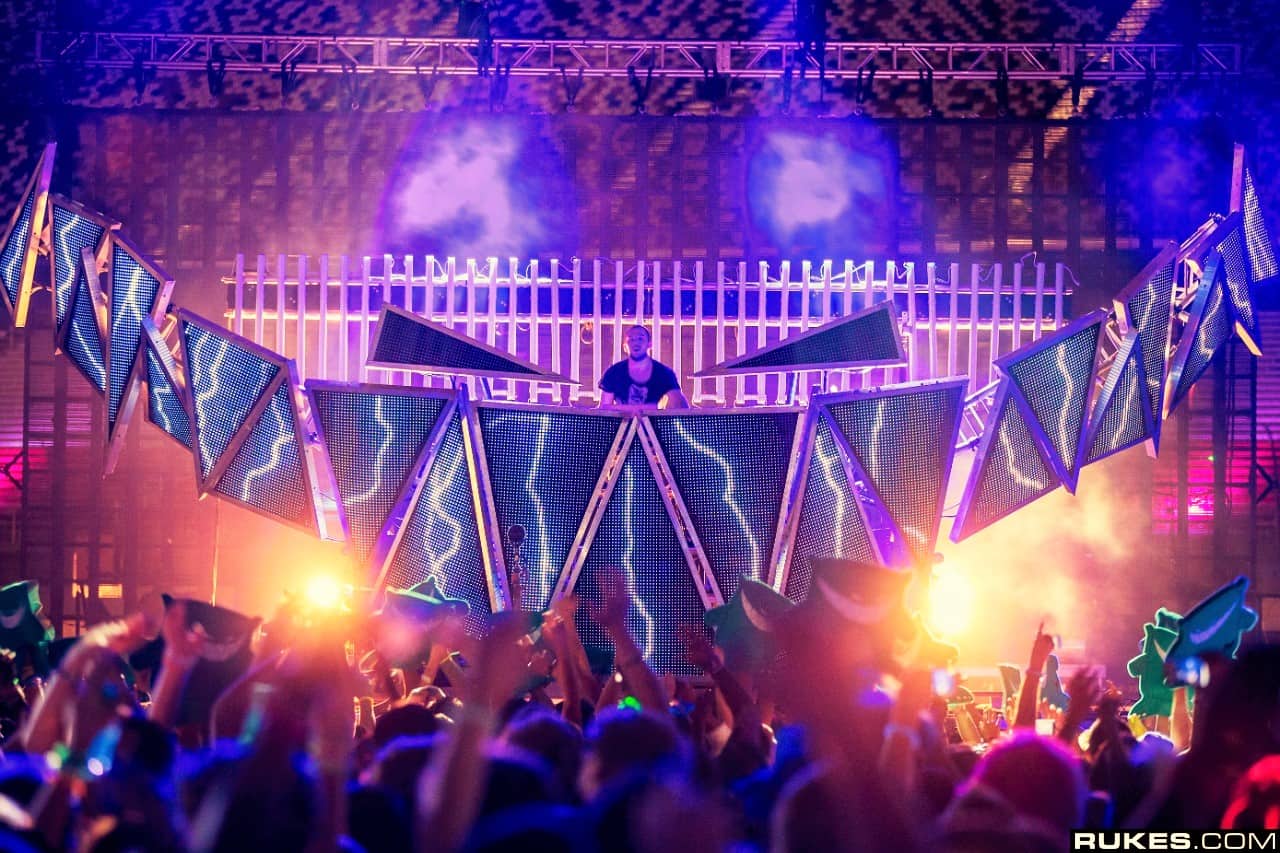 After building up hype for an album (following the release of his 2019 LP ‘High Street Creeps‘) for quite a few months now, Feed Me is back with exciting album news and the reveal of a brand-new collaborative single.

Back in February, Feed Me took to Twitter to tell his fans what he’d been up to whilst he was waiting for his album to come out, and when a fan asked ‘album when’ he replied ‘I’m waiting on a vocal, the rest is done. I want to do a couple of physical formats so once they have the masters I can give a date’. Now, the time has finally come and he has announced that the self-titled album will be released next week on August 13. Now that we don’t have to wait much longer, he has tied fans over to the full album release by dropping the lead single ‘Reckless’ with Tasha Baxter, who can be found in countless past Feed Me collaborations.

‘Pastel greens, yellows and pinks, citrus acidic edge, lingers like ozone, operatic, a brick wrapped in your favourite blanket. Being able to prioritise creativity during crisis is a privilege, so if you’re reading this; thank you. Reckless is a lockdown story reimagined as escapist fantasy, and a chapter in a diary of recalibration. Next week’s album is a segment of a larger body of work totalling how I made use of the time you’ve all given me. I hope as it unfolds, you think I used it well.’

Goosebump-inducing when that first note hits to get the track fully started, a futuristic sleek synth-pop soundscape marries the breathtaking style of Tasha Baxter’s vocals beautifully. Armed with a vintage feel and acting as an escapist, fantasy-like night drive production, it also gets a sleek music video.

Watch the music video below, and stream the track here.