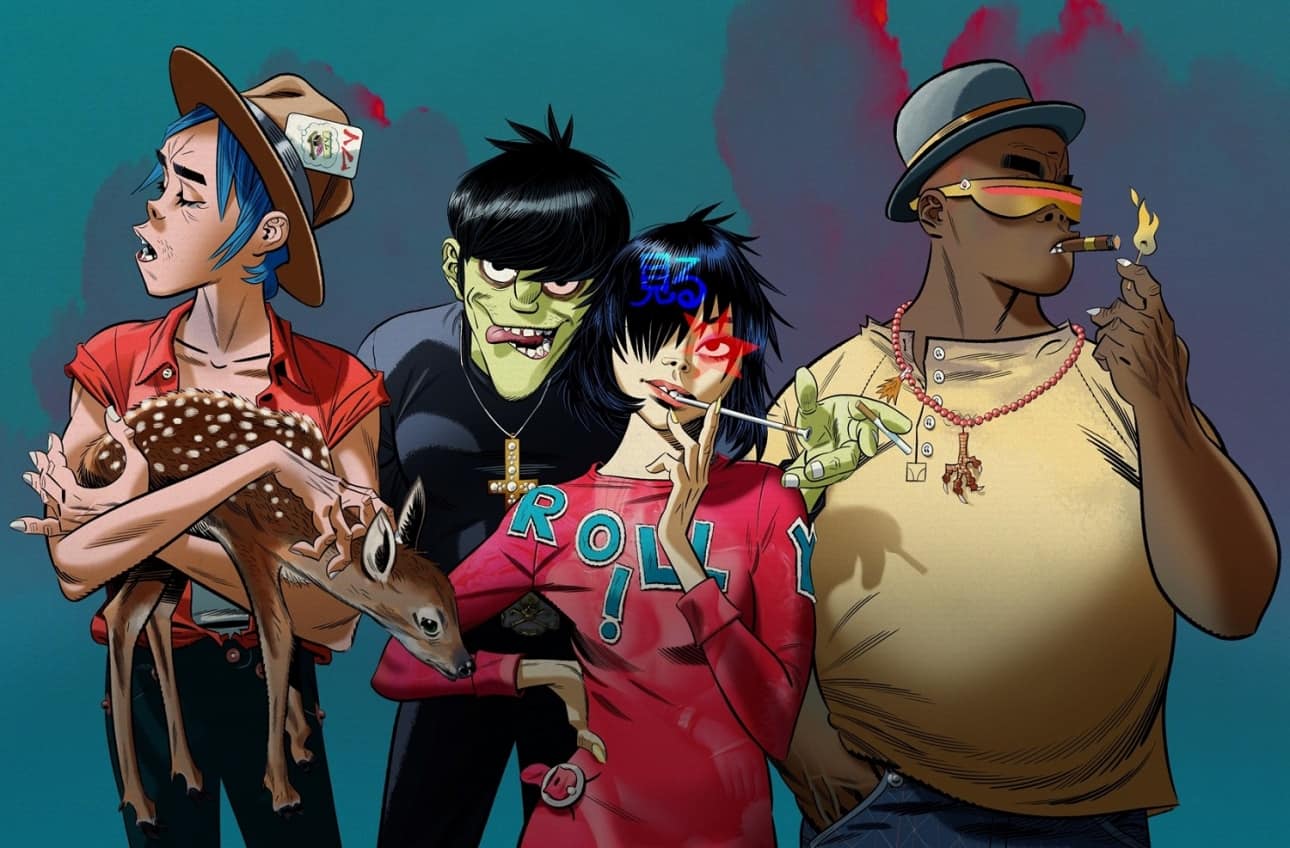 ‘Meanwhile’ arrives as a celebration of the famous Notting Carnival, which was sadly cancelled for the second year in a row due to ongoing coronavirus pandemic – it is named after Meanwhile Gardens, where the duo first performed during Carnival at the turn of the millennium. The ground-breaking, new EP features eclectic collaborations with the likes of AJ Tracey, Jelani Blackman, Barrington Levy and Alicaì Harley opening up with the name-sake track, before finishing up with ‘Jimmy Jimmy’ and ‘Déjà Vu’.

The new EP follows up their ‘Song Machine’ project released just last year, which featured collaborations with all-star artists such as Robert Smith, Elton John, St. Vincent, ScHoolboy Q, Beck, Slowthai and Jpegmafia, among many others.

Gorillaz teased tracks from ‘Meanwhile’ at their free concert for NHS workers in London earlier this month, bringing out some of their collaborators for exclusive performances. The animated legends are currently celebrating their 20th anniversary of activity.

If you were one of those unable to attend the carnival this year, why not cheer yourself up with the new Gorillaz EP, ‘Meanwhile’, below!