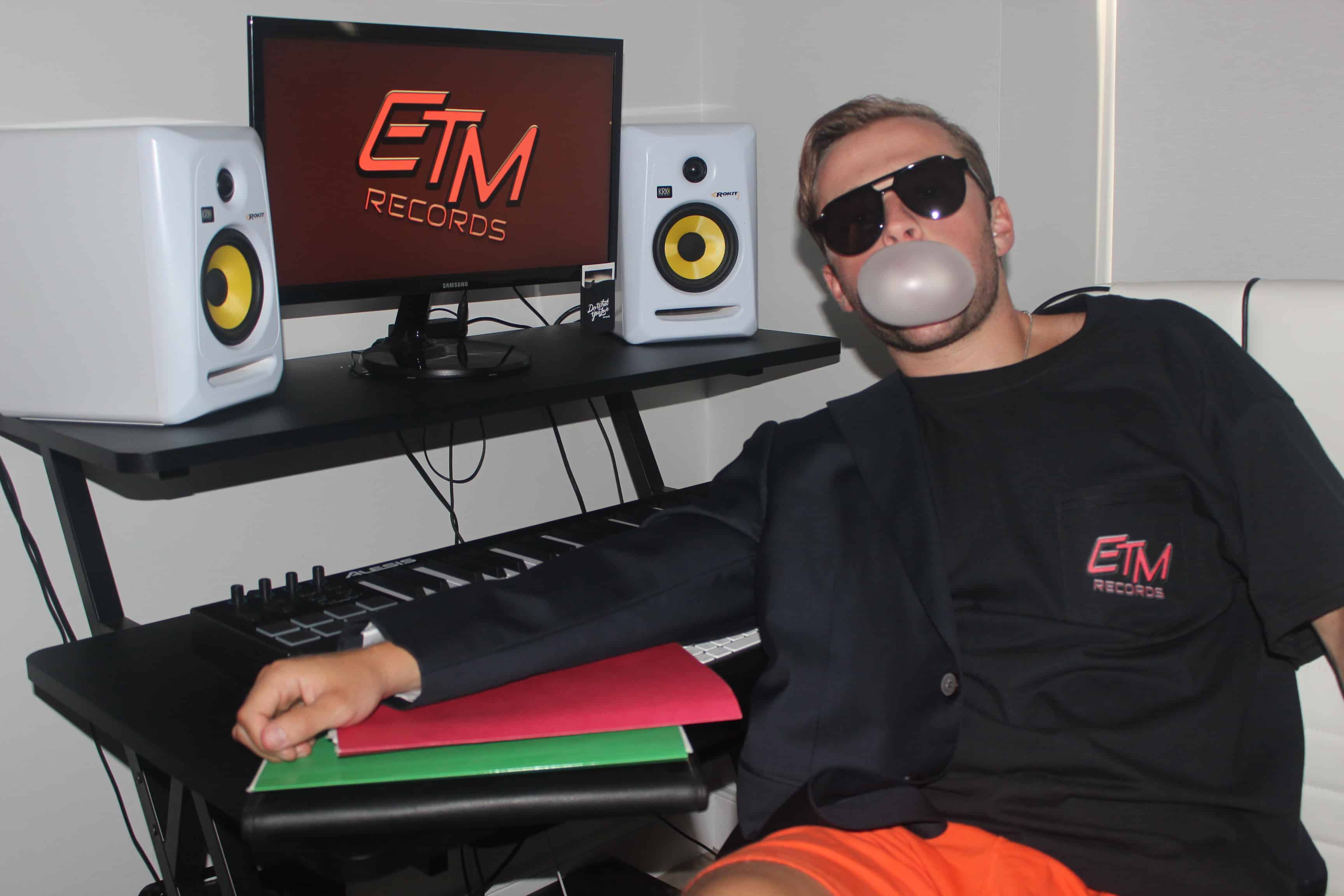 Introducing Jake Brown: The Everything That Moves (ETM) label head tells all: Interview

Not only being a massively talented producer, Jake Brown is a rising star who can now add label head to his resume. With a goal in mind to truly turn the house scene on its head and bring fans something entirely new, Jake Brown is exactly the right person to do this. Penning a signature style which is utterly unique to him, he has now brought this to his new label. To find out more, We Rave You sat down with Jake Brown to talk influences, beginnings, label plans, and much more.

How long have you been a producer/DJ for? Tell us about the origin of your music.

I started producing in early 2017, but I didn’t get super serious about it until the fall of 2018 – So I’d say about 3.5 years of actual producing. As far as DJing, it’s always been a passion of mine – I started DJing at my college fraternity parties & I then met a promoter in a class of mine during my last semester. After he told me he was a club promoter in the NYC area, I immediately volunteered myself to DJ for him. Upon graduating, he was able to get a good friend of mine and I B2B gigs in some big New York City nightclubs … I was extremely naïve at the time though & didn’t realize how immoral some NYC club promoters are and how unpleasant it is to deal with them – so I stopped DJing for the time being and put all my efforts into production.

The acts that inspired me to break into the electronic scene pretty much all hail from Sweden: Axwell, Steve Angello, Sebastian Ingrosso, Avicii, Alesso, & Eric Prydz. Don’t get me wrong I love all their hits & that progressive house era is what attracted me to the scene in the first place, but for me a lot of their early releases (anything before 2011) really pushed me over the point of obsession. It felt like there was this unique house subgenre specifically in Sweden from 2008-2010. Tracks like ‘Alcoholic’, ‘Workaholic’, ‘Tivoli’, ‘On Off’, ‘555’, ‘Bumpy Ride (Ingrosso Remix)’ & ‘Valodja’ to name a few: they all had this bouncy, jacky vibe that I fell in love with. Additionally, records like Axwell’s ‘In The Air’ Remix, ‘Miami 2 Ibiza’, ‘Pjanoo’, ‘Leave The World Behind’, & ‘How Soon is Now’ … they all just hit me with this whirlwind of both emotion and groove at the same time.

Recently starting up the ‘Everything That Moves’ label, we dove straight into it to find out everything about it including why Jake Brown decided to start this, as well as diving into the meaning of it.

Congratulations on the launch of your new imprint ‘Everything That Moves’ (ETM). What was the motivation behind creating the label?

Thank you!! Over the past year, I’ve been growing to the realization that the dance scene is so saturated with tech house & commercial house… I feel like a lot of people who are into house music right now are under an assumption that only those are the only two acceptable sub genres that can classify as “house” … I created the label because I really felt like house music right now is at a plateau & something needs to bulldoze through it.

Coming up with a name and a concept can sometimes be challenging and ‘Everything That Moves’ is a great name. What is the meaning of it?

It was challenging for sure at first, but when the name came to me, I was so relieved because it bodes so well with our mission. I was watching a 2009 interview with Axwell and Sebastian Ingrosso at Pacha Ibiza. “Tell us a bit about your musical style. What can we expect from an Axwell & Ingrosso set?” the interviewee poses. Axwell’s answer was verbatim: “everything that moves.” When I heard that … I was like ohhh BOY. That’s EXACTLY it. I felt the term, “Everything That Moves”, was the perfect way to pay homage to that era of house music. I do think “ETM” is easier to say, but it’s important that people know what it stands for.

Is there a clear mission in mind for the label?

Absolutely: We are aiming for every speaker, big or small, that has been so filled with tech house & commercial house now-a-days. Our mission is to restore the sexy flare that house music had in that 2008-2010 era … in short: to make what once moved, move again, in a fresh, yet familiar fashion. There have been amazing advances in sound design over the past few years and we really want to use that to our advantage & really make these records stand out, while supplementing them with a lot more percussion than tech house tracks currently have. We want to go beyond the typical tech house hi hat pattern that many producers drag and drop into their projects. Overall, we want to really provide a breath of fresh air to the scene.

For budding producers want to put their name alongside Jake Brown’s and be able to join an incredible roster of upcoming talents that will no doubt blow up, we asked what qualities Jake Brown looks for in a track to ensure that they can get their productions noticed.

What do you look for in a track? Is there a specific criteria to being able to release on the label?

When I listen to a demo, I immediately try to picture it in a nightclub. I ask myself things like: “Would this destroy the place?” “Does it have the sexy, jacky percussive drive we’re looking for? Is it different from the masses right now?” “Does this melody or bassline make me feel something?” If the answer is yes to all of those, then there’s a really good chance I’m going to want to talk further with that artist!

There’s more to celebrate where the label is concerned too, for Jake Brown. This includes his release ‘Dear Dancefloor (Do You Want More?)’ which introduces the album to the world for the first time, which you can also listen to down below.

Speaking of music on the label. Could you tell us a little bit about your debut release ‘Dear Dancefloor (Do You Want More)?‘ What’s the story behind it and how did the process come about?

I had released my album, Revelation, on Soundcloud in February of this past year & right afterwards I was really focused on building the label and working on the logistics of starting the actual company. I would casually work on music at night, and I had one project where I realized I had two different, unique leads. So, throughout the weeks to follow I built and arranged the track to where I felt like I really had something. I felt like I had a track that was both club and festival friendly. I then took a few more weeks to mix and master the track by myself, and as I was in this process something hit me to add a catchy vocal – I realized the words “dancefloor” and “more” rhymed. I wrote down a couple of ideas and came up with the line “Dear dancefloor, do you want more?”. I bought a microphone, recorded the vocals, & then processed them and mixed them into the track.  This was so perfect for our first release because, in a nutshell, that’s our true goal: Giving the dancefloor more than what it has now.

Can you tell us about any upcoming releases that we can expect to hear on the label?

For right now I want to let ‘Dear Dancefloor (Do You Want More?)’ have it’s time to sink in … not because it’s my track either. I feel like a lot of dance labels release way too frequently & it’s beyond unfair to the artist. Imagine having your first ever signed record released on a label & then the following week they completely shift their marketing to another record by another artist? That’s ridiculous … No thanks! I want listeners to get acquainted to the records we put out, specifically the difference in sounds & groove. That is a big value we want to maintain for all our releases going forward. For some good news, I’m currently planning future releases with some incredible artists who understand the type of records we want to put out – artists who may not have the biggest following, but who I find so beyond talented. It should provide a sense of excitement to our fans & followers because they’re going to be directly involved with the initial discovery of these artist’s in the limelight! 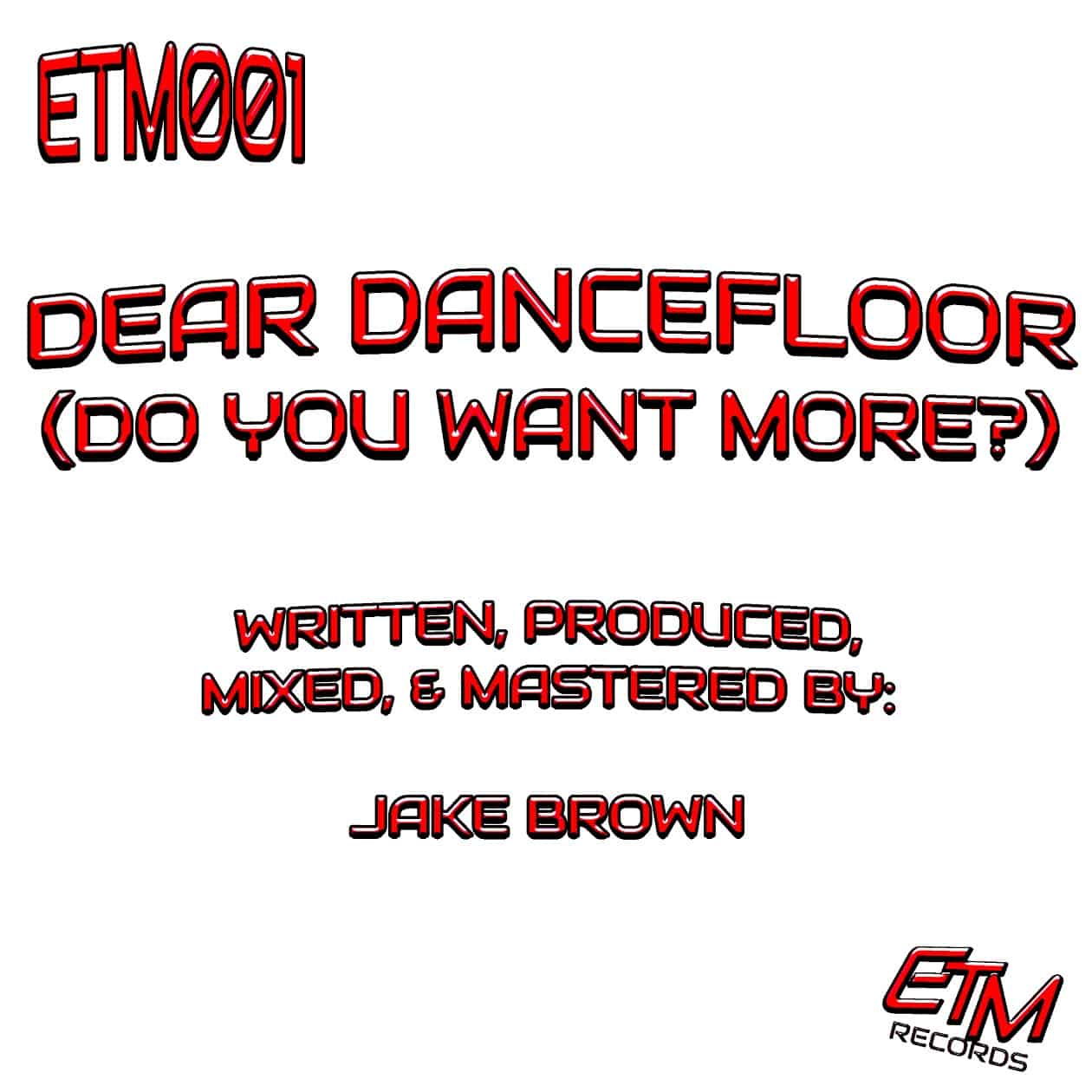 Of course, just like any artist, Jake Brown was affected by the pandemic. It seems though, that it allowed his creativity to flow even more than usual, allowing him to benefit from the silence of the world.

Not only did it encourage my creativity, but it really gave me time to hone in on my engineering processes. I was able to really focus on my mixdowns & mastering in general – something not all producers do by themselves. I find it very important to have full control for the overall flow of the track – it’s also really cool to say like I did everything on that from start to finish. It makes it feel a lot more rewarding in the end. Additionally, I don’t think I would have created the label if we did not have a quarantine. It gave me a lot of time to think things out & eventually start building the company.

Personally, as a fan, I’m really looking forward to big festivals like Ultra and Tomorrowland coming back. There was always such a high level of excitement watching DJ’s perform on those stages because a lot of the time they play some new unreleased music. I’ve been to Ultra and it was a blast, but even just watching these festivals live online is so exhilarating.

Coming back to your label, what plans do you have for the label to grow and form in the coming months? Can you give us any hints?

In the short term we want to grow slow & do everything we can to help adjust people’s ears to this style of house. We do plan on hosting events once we feel it’s safe to do so!  Events are going to be a huge part of our brand, because the records we release are geared towards the club & parties. In the long term: I envision label nights in clubs all over the world, pool parties, and one day our own label stage. I really feel like we’re onto something with this concept – I keep referring to that 2008-2010 era and it’s important to note why I end at 2010. It didn’t really “die”, I feel like it was just naturally pushed out. 2010 is when progressive and also dubstep took over the scene. More and more producers were migrating to those sub genres. Progressive house will always have a special place in my heart, as it’s the sub genre that attracted me to the electronic scene in the first place, but it put electronic music on the mainstream and producers were attracted to that. There was big money to be made & festivals were growing by leaps and bounds as well. The biggest plan we have is to push the house scene forward. If that means putting out records that no one else will… so be it.

Listen to the debut release of Everything That Moves by Jake Brown down below.