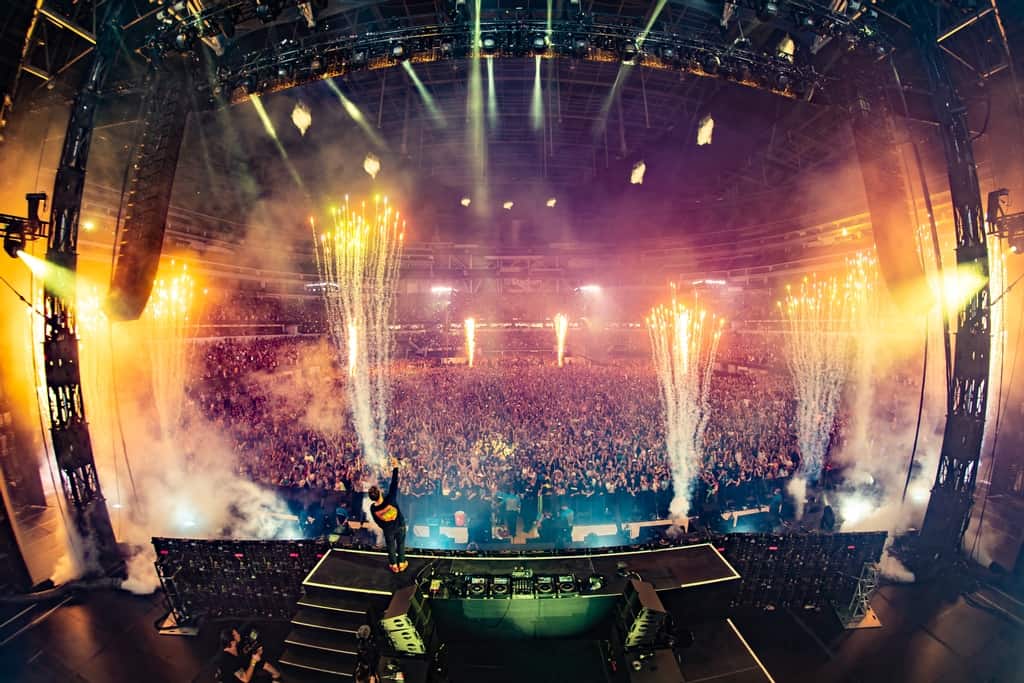 Kaskade inaugurated the $5.5 billion SoFi Stadium in Los Angeles with a massive night a month ago. Having Dombresky as an opener, and a major surprise set by deadmau5 before the headline performance, Kaskade put together a night Angelinos needed after a year of the pandemic. Now, fans can relive the night as Kaskade has released the HD footage of his set, and it is nothing short of spectacular.

Playing his biggest hits and nostalgic mashups, Kaskade delivered a festival set like he knows how to do. From having previously headlined the Los Angeles Convention Center to over 23,000 people and headlining the Coachella main stage, Kaskade craves big moments like these. Throughout the years, the American DJ and producer has paved the way for many artists as he is constantly breaking the barrier to what a DJ can do.

Through aerial shots, the viewer can appreciate the magnitude of the stadium and the sea of people from the ground floor to the nosebleed seats. The visuals playing from the stage LED screens to the major 80 million pixel Oculus screen hanging from the ceiling, adds another level to the experience. Check out the two-hour sonic journey filled with lasers, fireworks, and amazing music by one of dance music’s legends.