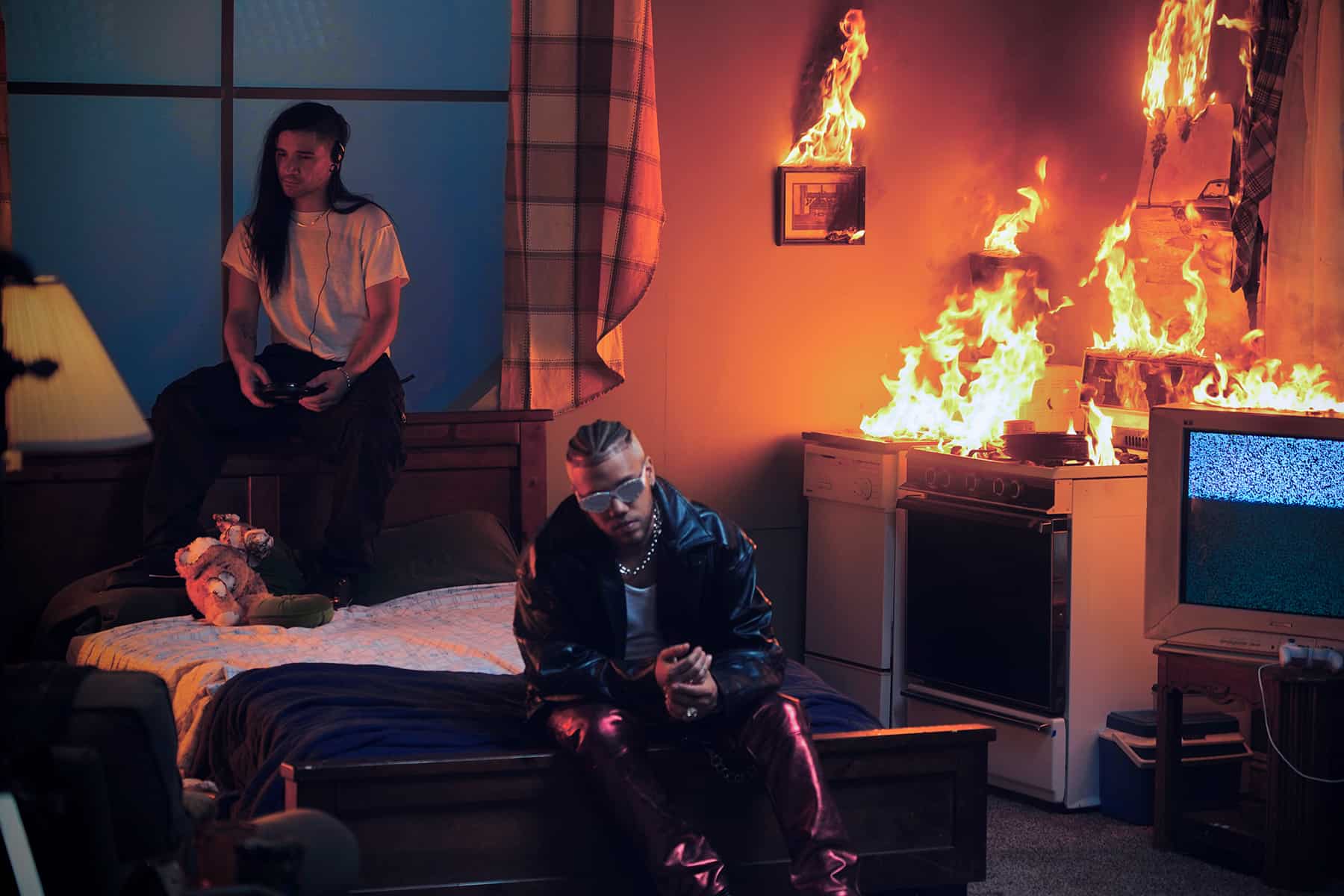 Lately, Skrillex has been igniting the release radar with track after track. Seemingly on a mission to collaborate with everyone in the industry, his latest releases have seen him team up with the likes of Four Tet, J Balvin, Noisia and many more spanning multiple different genres across the music spectrum. With the world finally getting to see some products of a busy couple of years spent in the studio with many different artists, it seems as though he still doesn’t plan to slow down, ramping it up with yet another release. This time, Skrillex enlists Jhay Cortez for  ‘En Mi Cuarto’. The Puerto Rico singer and songwriter is a star in his own right, earning himself a huge international fanbase thanks to his impressive talents. Perfectly bouncing off each other’s versatile styles, Skrillex and Jhay Cortez have proven to be an unlikely match which works extremely well.

‘En Mi Cuarto’ sees Skrillex take a more laidback approach to his producing skills, which in this setting compliment Cortez’ vocals perfectly. Laying down the smooth foundations for Jhay Cortez’ vocals to shine impeccably, they in turn also bring out the very best qualities in the soundscape that the American producer has meticulously crafted. The track is a perfect anthem for the late summer nights or for a tropical DJ set with the sunset as the background. The official music video serves as a stunning visual accompaniment for the track, featuring Skrillex and Jhay Cortez alongside Mia Khalifa. Directed by Stillz, it showcases motorcycle riding and even Skrillex driving a truck which all culminates in a fiery ending with the pair dancing around the flames.

You can stream ‘En Mi Cuarto’ by Skrillex and Jhay Cortez on Spotify here, and check out the official music video below.