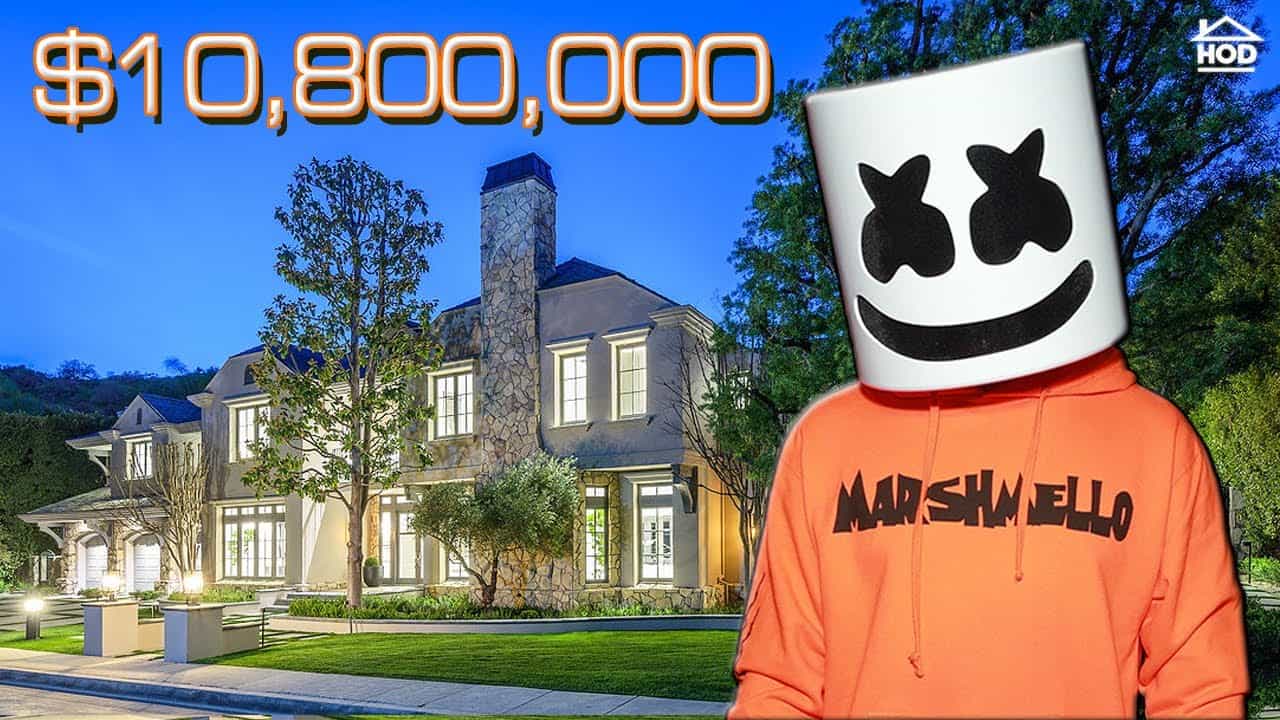 YouTuber MoneyVibez offers fans a peek into Marshmello‘s $10.8 million-dollar mansion. This massive estate is nuzzled within Hollywood Hills and surrounded by high-profile neighbors such as Christina Aguilera, Kendall Jenner, and Paris Hilton. The 7,800 square foot Mulholland Park Estate seems as if it’s something one could only dream about.

The point-of-view video begins with entering the home where the sky-high ceiling is draped with a gorgeous crystal chandelier and formal dining room. We’re then led to the kitchen where there’s not one, but two white marble islands at the center. While we alone could live on the first floor, the best part of this multi-million dollar mansion is the master bedroom which also has a kitchen, two walk-in closets, two showers, and accompanying sinks.  As for the outside, we’re shown a beautiful landscape that squeezes its way around a pool and hot tub. Not to mention, the absolute breath-taking view of Los Angeles.

Marshmello broke onto the scene nearly a decade ago with his first single ‘Wavez’ and hasn’t stopped since. The DJ/Producer has released four studio albums, his most recent release being ‘Shockwave‘ which was released this past June. While his discography alone is impressive, he is also a well-rounded entertainer, making appearances in Fortnite and even contributing to his own YouTube channel with various videos including him either cooking or gaming.

To take a peek inside the outstanding $10.8 million-dollar mansion you can watch the video below: