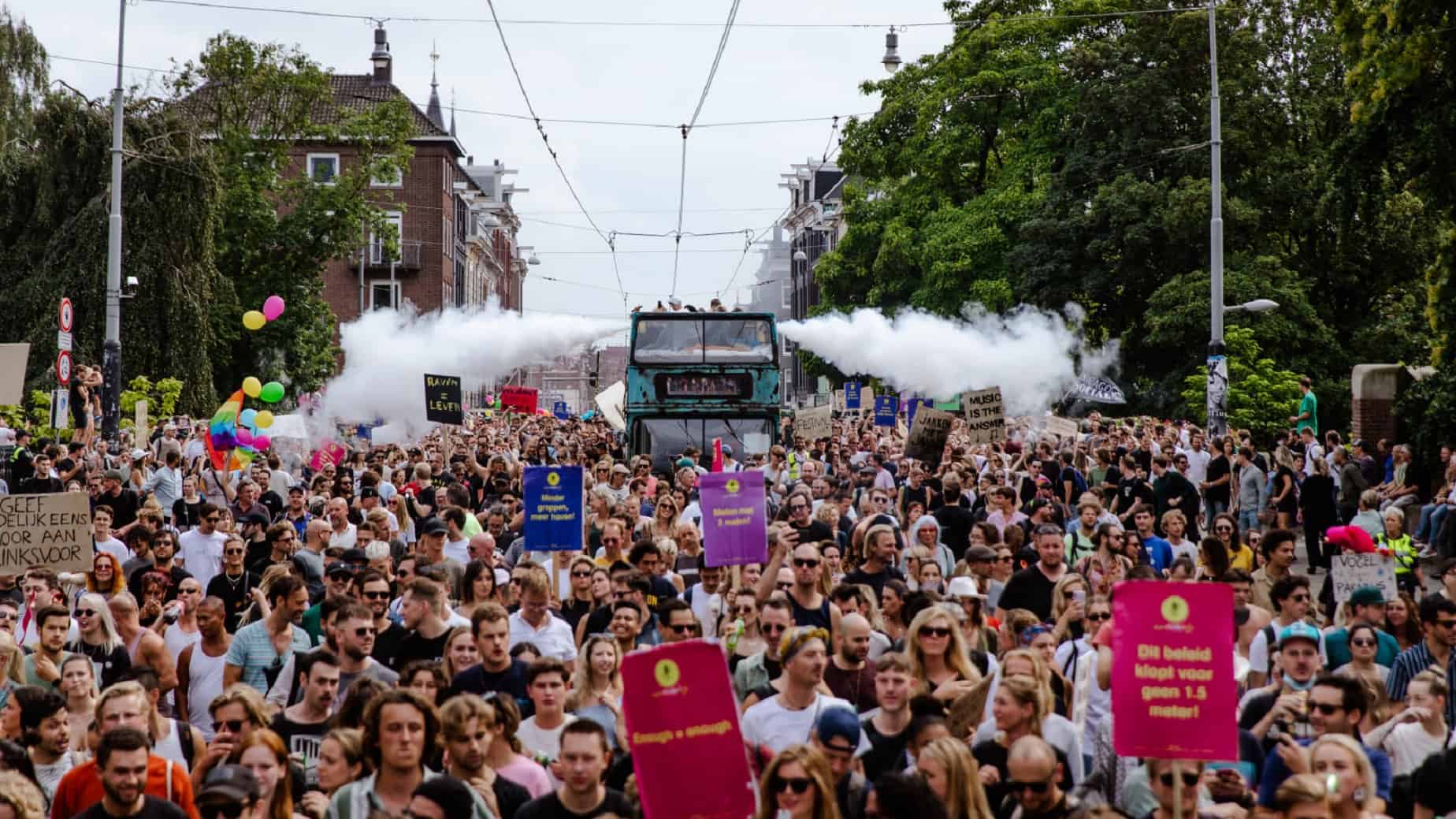 A day of protest leads to Dutch government easing restrictions

The Dutch government has heard and listened to the voices of the “Unmute Us” protests. After 150,000 people took to the streets of multiple Dutch cities to protest the nontransparency of event restricting, the government announced they will start to ease restrictions on large-scale events, allowing festivals to begin operating again.

The conditions for these large-scale events will still involve some forms of restrictions. However, operating at what is to be an approved capacity of 75% will now allow music festivals in the Netherlands once again to take place. The Netherlands will also introduce a system called the “corona” pass that will allow people to show proof of their vaccine to get into restaurants, bars, clubs or other events.

The moment to get this decision did not come easy. The Dutch people orchestrated two mass marches labeled the “Unmute Us” protests in an attempt to voice frustrations with the handling of restrictions of music events by the government. The protests first took place on August 21st, attracting over 70,000 people. The second march took place on September 11th and hosted over 150,000 people. It was after then the Dutch government announced they would make a change.

“This second flawlessly organized demonstration proves once again how strong our industry is in this area. The event industry has proven time and again that it can organize events safely. So there can be no other cabinet decision than full opening on 14 September.” – Ruben Brouwer, director at Mojo, IQ.net