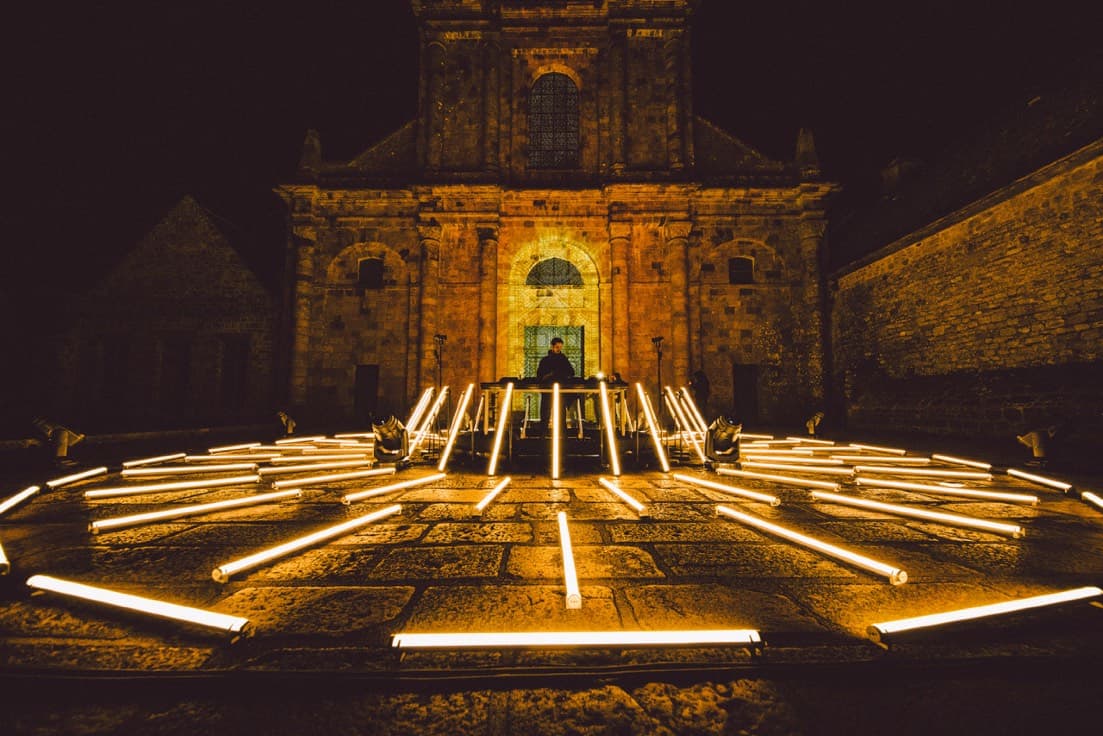 CANITROT to continue Monumental Tour with set atop Mont Saint-Michel

On Sunday (19 September) CANITROT will resume on his Monumental Tour, presenting his latest show at the top of the famous French tidal island of Mont Saint-Michel.
This weekend, The National Monuments Center will welcome DJ/producer Michael CANITROT for the recording of an unprecedented sound and light show at the abbey of Mont-Saint-Michel. The performance will be in celebration of the European Heritage Days which land this weekend; dates in the calendar which encourage everyone to celebrate the richness of national heritage. A unique visual and artistic collaboration between the Monumental Tour and the ESA, the European Space Agency, will also be unveiled and screened during the show. Photos and videos taken from space will be re-interpreted, then projected in order to sublimate the thousand-year-old architecture of the the abbey. The performance will stream simultaneously on TV and on various social networks (including We Rave You) offering a unique way for the public to rediscover the beauty of the French landmark and electronic music. Talented vocalist Coco, dancers Louise Hadj and Ablaye Diop, and young DJ Ams will also appear alongside him on-stream.
We can also expect new music from the stream. After his singles, “Niteroi” and “Cycles”, “Falling” will be the third CANITROT track from the Monumental album unveiled during the set at Mont Saint-Michel. The album’s release is expected in 2022.
After a breath-taking show at the Château de Vincennes, cumulating nearly 1 million views across different platforms, and a sublime set at the Phare des Baleines (Île de Ré), CANITROT continues to look for ways to improve on his Monumental Tour project moving forwards. Truly passionate about history, architecture and ambassador of electronic culture, Michael persists in bringing light and to music these architectural treasures, through a concept tour mixing electronic music and heritage in a way never seen before.
Following Sunday, the next stop of CANITROT’s four-part Monumental tour will be at Château de Pierrefonds in October later this year.