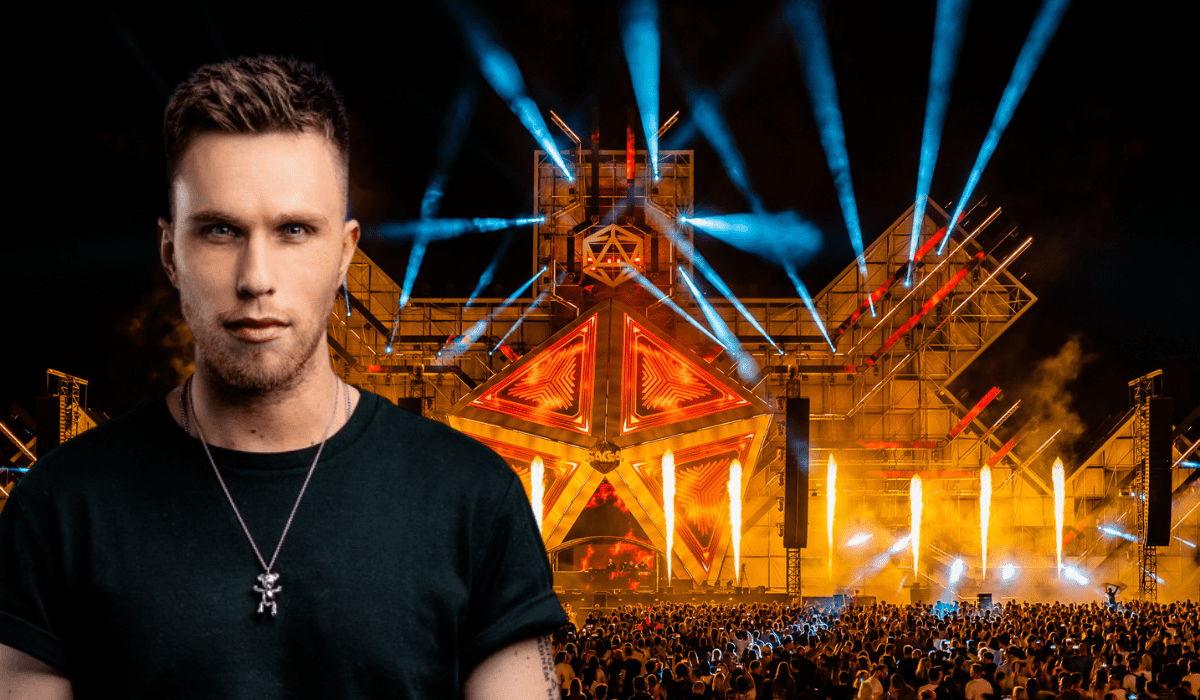 Catching up with Nicky Romero at SAGA Festival: Interview

During the debut edition of SAGA Festival this month, We Rave You caught up with Nicky Romero ahead of a dazzling performance atop the mainstage in Bucharest, Romania.

Across the 10-12 September, over 45,000 partygoers flocked from over 30 countries to enjoy SAGA Festival, to see some of the biggest names in dance music return to the decks for some of their first shows back in Europe. Boasting six stages across the impressive and spacious airfield site of Romaero, the festival offered up incredible performances from the likes of Don Diablo, Carl Cox, Tiësto, Adam Beyer, Alan Walker, Fisher, ARTBAT and many more. Another one of the most reputable names on the roster, Nicky Romero, looked refreshed and ready to go, and little did the Romanian contingent know they were in for not just one performance, but an exclusive set under his Monocule alias in the site’s secret party plane.

Nicky has thankfully reappeared onto the live scene, jetting around the world once again to bring his adoring fans the new music he has been working so tirelessly on over the past year or so; the latest, and immaculate collaboration alongside good friends W&W. It’s been good to see him smiling again from behind the decks, and before all craziness ensued in Romania, the Protocol-frontman kindly took the time to speak with us in an interview backstage, to detail his upcoming plans, music, and more…

Hello Nicky! Welcome to the debut edition of SAGA Festival. We’ve seen you walking around the festival already, what’s it like to be here, back in front of a crowd once again and what do you think of the venue?

“I think it really looks great. I think the stage design looks great especially and I’m really happy to be back on Romanian soil! Yeah, overall, it’s just a really good person to be back at a festival, I’ve got that feeling, you know!

Now you are ready to play here, what are you expecting from the Romanian crowd?

“I mean, I played Untold Festival here two years ago, which was amazing. So, I was really happy to be able to get back out here – I know that the Romanian crowd is really into their dance music, so for me, it feels nice and natural to be here.”

We’ve seen that you are back on tour with visits to the UK and to America recently. What can fans expect to hear in your sets? Any special edits, remixes or originals you’ve been saving for you had been holding on to for your first shows back?

“Oh yeah, absolutely! There is going to be a lot of new songs, but I’m also gonna start all over again. So, I’m just going to start from scratch and build up from more groovy stuff, then more towards like progressive dance music, so that my sets really reflect my DNA.”

Congratulations on your new track with W&W, at We Rave You we already absolutely love it How did the collaboration originally come about?

“Thank you! So, I already know Ward and Willem, I’ve known them for such a long time and they are really great guys. We’ve already released one record together before, that was called “Ups & Downs” and it did really well. So yeah, this record is really a blend of different sounds, in what they produce and what I do. I go a little bit more progressive while they like to make things a little bit more uptempo towards trance!”

I’m sure we might hear some new music tonight, but what does the rest of the year look like for Nicky Romero, in terms of new music and collaborations, can you give us any hints?

“I mean, I’ve been working on two different aliases. One is obviously Monocule and the name of the other one is actually yet to be revealed! That’s going to be more based around groovy stuff and with Monocule, I’ll keep making the deeper stuff. I just wanted to do some of the groovier stuff under a different alias, I guess. And under my name Nicky Romero, I think I’m going to stay in between progressive house and you know, more of the tech house stuff – that’s my game plan for this year.”

Other than SAGA Festival, where else can we see you over the next couple of months?

It depends every week. I mean, this festival is a good start – I think that SAGA is really the re-opening for festivals in general. SAGA and Creamfields were a great start of the festival season even though its a little bit late in the year. Other than that I do a Vegas residency every month so yeah, I’ll be touring there for a couple of shows. AMF was supposed to happen. There’s Hope Festival happening in Toulouse, which is funny because I made a record called “Toulouse”, so it will be great fun to play out there.”

You recently took your record label over to the UK for a “label night” at Ministry of Sound London, what’s it like to be able to get out and about with artists on your label again too?

“I mean, for me, my label was used to create a platform to put out songs that I love and to support artists that I love. So I’m really happy that I created a platform now so I can basically support them and give them a fair deal. So, that’s what I’d like to continue to do,  and I’m glad that the label night really worked out!”

Finally, do you have a message for your fans that are looking forward to seeing you in the coming months?

Read this interview and tonnes more in the September edition of the We Rave You magazine, here.