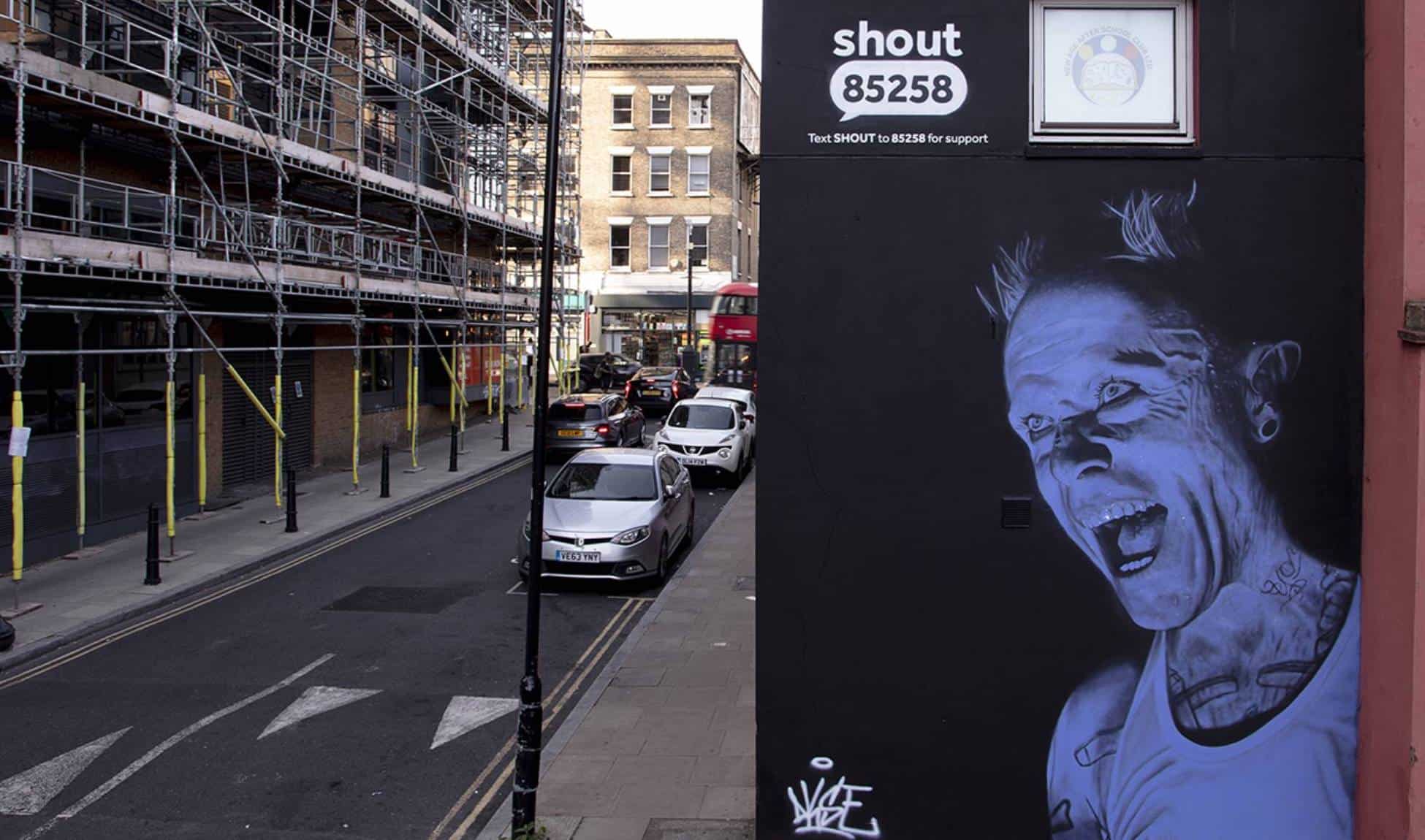 Keith Flint, The Prodigy frontrunner, and his contribution to music was truly unmatched, having impacts on peoples lives in the past and even today. Following his heartbreaking passing in March 2019, the previously announced mural that was made in his honour has finally been unveiled in Hackney, London.

Produced by esteemed street artist Akse P19, who has many other well known and impactful murals such as of Sir Captain Tom and Marcus Rashford, is using this mural to raise awareness for World Suicide Prevention Day, which takes place every year on the 10th September and is also being used to help raise funds for UK mental health charity Shout 85258. The outstanding mural can be seen at 62 Beechwood Road just a short 10-minute walk away from the Four Aces Club on Dalston Lane, the location where The Prodigy played their first-ever gig in 1991. The crowdfund for Shout 85258 has gone to raise well over £10,000 ($13,852) for the charity and donations are still being accepted and for people who wish to donate, they can do so here. The thought behind the whole project and crowdfund Atheer Al-Salim commented saying:

Keith Flint was the original firestarter. He was a true trailblazer in electronic music, and I was lucky enough to see him perform with The Prodigy on a number of occasions.

“Off-stage, Keith struggled with his mental health, and he talked candidly about his ‘dark periods’. Tragically, this culminated in him taking his own life. We’ve created this mural to help remember Keith and ensure that his flame continues to burn brightly – but also to raise awareness of Shout 85258, and the incredible 24/7 text support service it provides.

“We hope that the mural will help anyone that sees it know that confidential support is just a text message away.

Also discussing the mural, Keith Flint bandmate Liam Howlett commented saying “Respect to everyone for coming together to make this happen for a cause so close to us. Akse has done Keef proud.” Anyone struggling with their mental health can find global help and resources here.