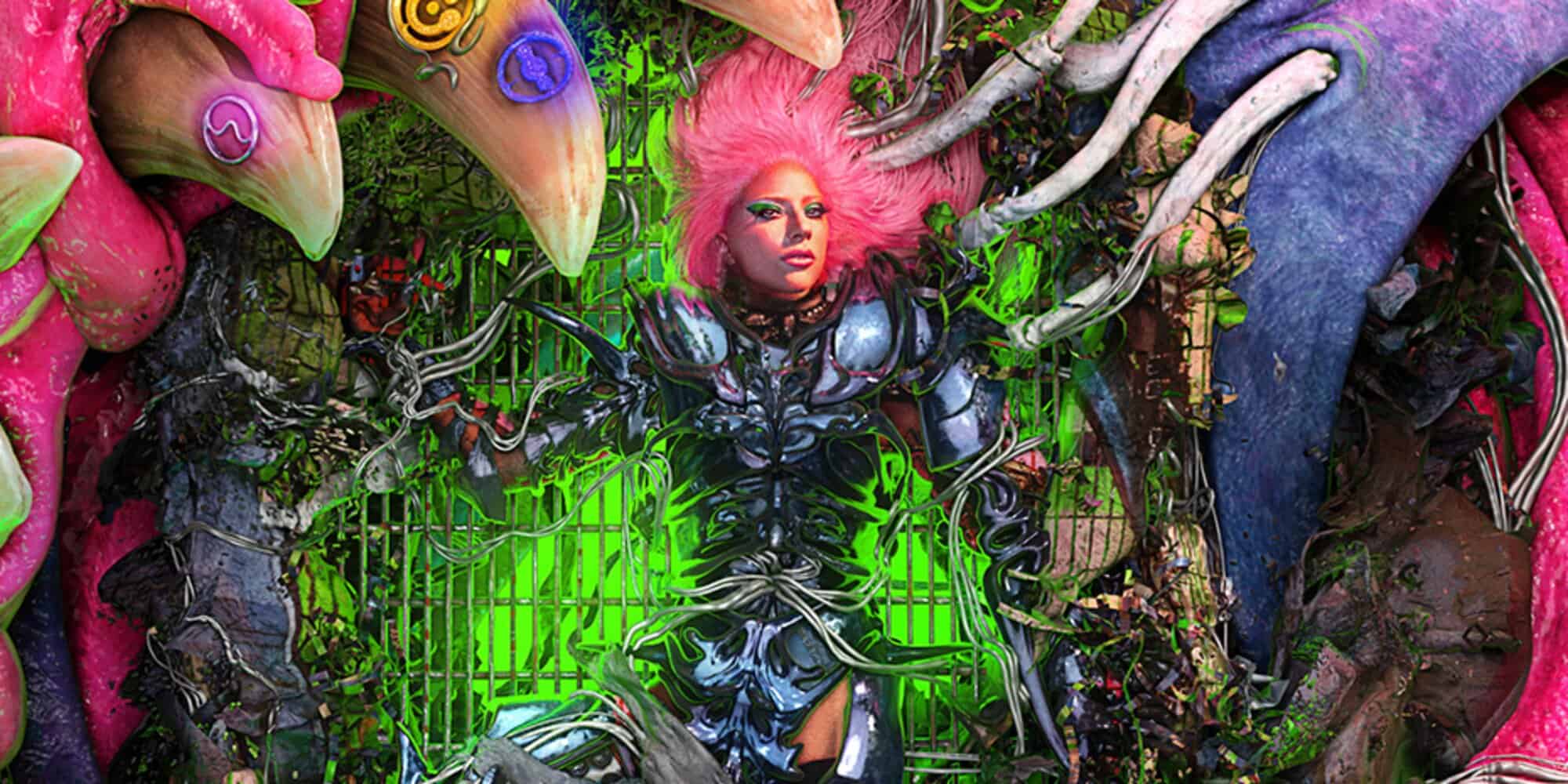 Taking her fans back into the weird and wonderfully bright world of ‘Chromatica‘ once again, Lady Gaga has unveiled the full length remix album to its 2020 predecessor, around 15 months since the original dropped. Fans have gone into overdrive with this drop, after Lady Gaga and multiple artists had teased the remix album for months via Twitter. Now, ‘Dawn Of Chromatica‘ is here, and it is jam-packed with some huge pop and electronic names.

After a long time of teasers and mystery surrounding the Bloodpop produced remix album, with fans speculating who would be on the album and who would remix what track, Lady Gaga unveiled the full tracklist, release date and most importantly who was assigned remixing duties not long before its release. Taking on every track on the album not including the three interludes, familiar names to Lady Gaga fans appear including the likes of Charli XCX, Rina Sawayama, Dorian Electra and many more. With the original ‘Chromatica’ album being an eclectic collection of styles and different artists from all corners of the music world, it is only fitting that ‘Dawn Of Chromatica’ does the same, and it has certainly achieved the same level of diversity and electricity.

Some may already recognise the Lil Texas, Chester Lockhart and Mood Killer remix of Elton John collaboration ‘Sine From Above‘ as Lil Texas previously took to Instagram to play a tiny snippet of it, and Charli XCX‘s ‘911‘ remix alongside A. G. Cook was something that been talked about for months and months. Other delights include Shygirl and Mura Masa‘s joint take on BLACKPINK collaborative hit ‘Sour Candy‘ and two different remixes of ‘Babylon’, one being from Bree Runway and Jimmy EDGAR and the other being a version from Haus Labs.

Each remix offers a brilliant new take on the already beloved tracks, so make sure to listen to it down below. You can also get ‘Dawn Of Chromatica’ merchandise here.