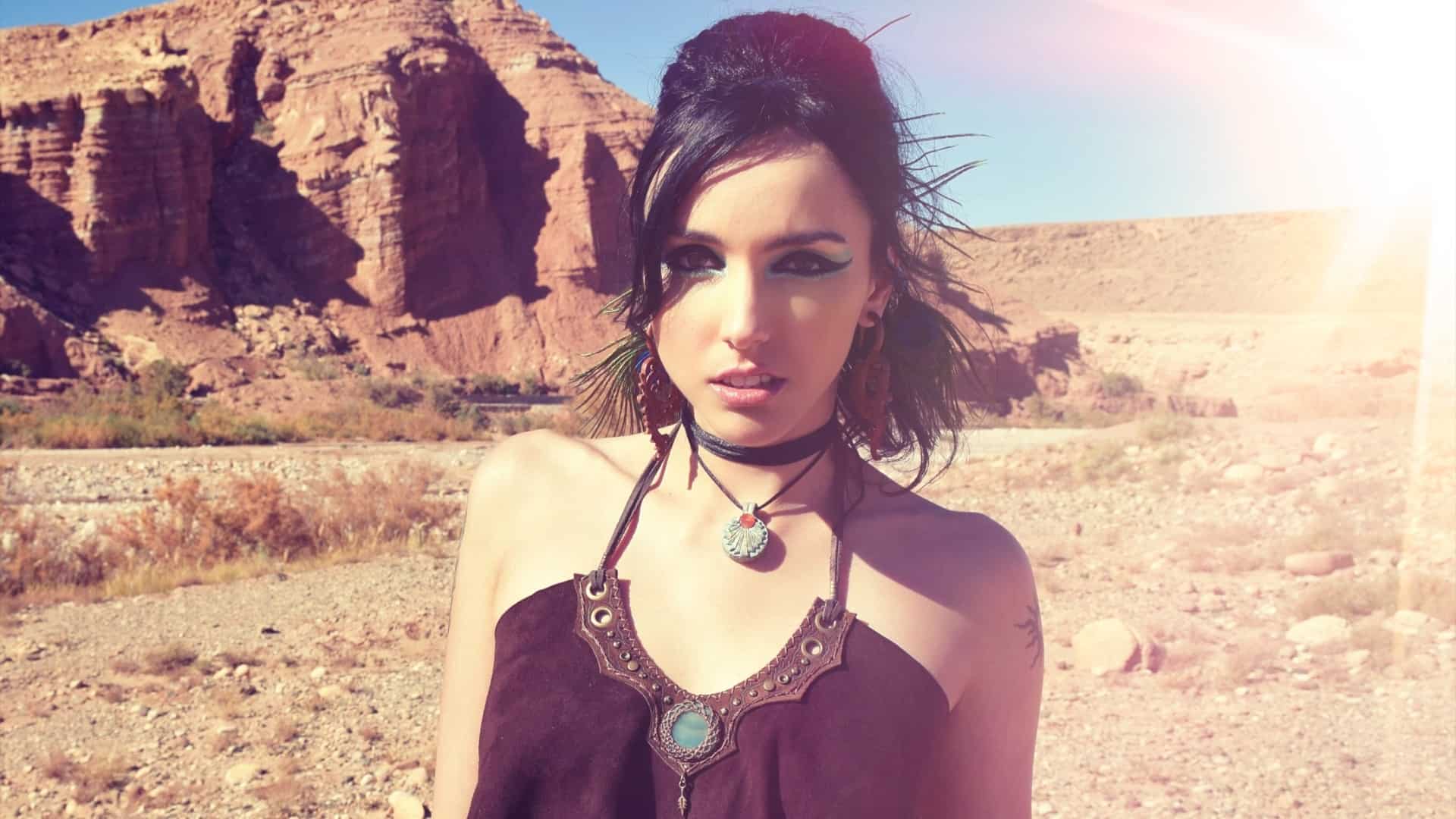 Described as “the new face of dance culture,” NATHASSIA has set out to promote the concept of Multiculturalism through her love for electronic dance music. Deriving from a multicultural background herself, this multi-faceted artist has been impacting our community like no other, whilst making history by becoming the first electronic music artist to perform live inside the Luxor Temple in the Valley of the Kings in Egypt. Combining Dutch and South American with traditional Indian roots, NATHASSIA has perfectly emulated the ideology of Multiculturalism via her own music, and at the same time has been providing listeners with a fusion of mesmerising electronica which has been elegantly crafted within each of her tracks. Also known as Goddess Is A DJ, we are happy to have caught up with this inspirational woman and artist, as she gives a further insight on her latest release ‘Lair,’ the creation process of each track, hosting a successful radio show and more.

How long have you all been producing/DJing for? Tell us about the origin of your music. What inspired you to pursue your career as an artist?

I have been producing music for about 8 years and it all started from Gouda where I was born, a historical city in the Midwest of The Netherlands and incredibly famous for its cheese! I am only half Dutch because my mother’s heritage is Indian and she was raised in Suriname, South America. During my studies in International Music Management at Haarlem University I went to London for work experience with ArchangelUK who I met at ADE and who are now my management! On one of my first working days in their studio, the singer who was booked called in sick, and I was asked if I could sing instead. You can imagine it came as a big surprise when Soulcast Feat. me aka Indian Princess ‘Someone Like Me’ ended up being a huge global club hit!

I then moved to London from The Netherlands to set up my studio to produce and release my first official album Light of the World, which included three “club hit” singles with good support from Kiss FM, Mixmag, etc. in the UK.

Who do you consider has been your biggest influence throughout your career that has made an impact on your productions?

I grew up as part of a large multicultural family and I have incredible memories of family parties that went on for days with a band playing loud Suriname music in the house. This meant I had a diverse upbringing as my mother’s family live in both Suriname and The Netherlands. My father is Dutch through and through, therefore I spent my childhood either listening to Suriname music like Soca, Indian music, and of course electronic dance music like Dutch Hardstyle.

It really was a melting pot of genres but to name some of the artists that inspired me were DJ Chuckie, India Arie, Red Hot Chili Peppers, Anoushka Shankar, Armin van Buuren, Nitin Sawhney, Gloria Estefan, Candy Dulfer. All these musical influences have found their way into my own music productions. I was therefore immensely proud to be described by the Mauritius Times as a role model for Multiculturalism.

Thanks for joining us! First, congratulations on your recent release ‘Lair’. What do you think of all the support it has gotten so far?

Thanks for having me! The reactions for ‘Lair’ have been Incredible and working with the Futuristic Polar Bears was a delight. Getting early support from some of my all-time favorite DJs, like David Guetta, Tiësto, Kryder, Maurice West, and being No. 1 on the Beatport releases chart was a dream come true. 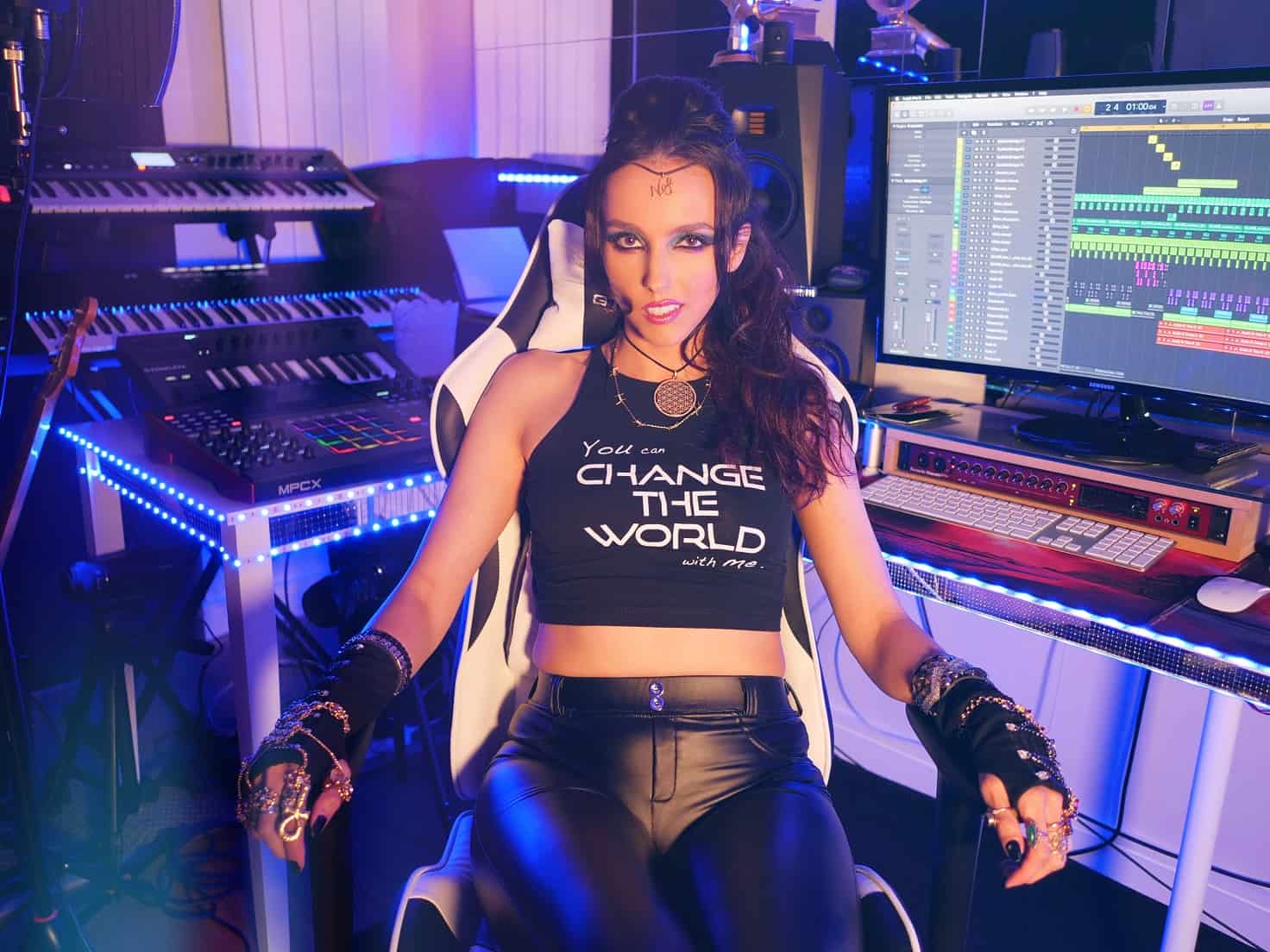 Talk us through the creation process of the track. When did you start the track and how did you create it?

‘Lair’ is about a femme fatale luring a lover into her lair using seduction and how the feeling is wholly irresistible! The idea was created from my fascination for the Black Widow spider that devours its male mate, hence the name. Obviously, in real life, I would never eat a boyfriend! I started about six months ago by writing the lyrics and melody and then producing up a demo recording of my music and vocals. Next, the guitarists from my band Andy and Dave added some great guitar riffs and then I completed the production with Grammy-winning writer/producer Bruce Elliott-Smith and Michael Mlikotic (KOTEK Music) in a back and forward process for the final mix of the song, et voilà!

Speaking of your creation process, do you have a typical go-to process when making a track?

I don’t have a set process, but I do like to really feel the story of the song. For example, with ‘Lair’, I had massive Black Widow toy spiders in the studio for a week, much to the merriment of my management and visitors!

What is the message that you’re trying to send with ‘Lair’? What would you like your listeners to take away from the track?

I would like my listeners to feel the raw power of the emotions in the song and be free to use their imagination to its fullest potential.

Aside from your releases, you also host the successful weekly ‘Goddess Is A DJ’ radio show which is broadcast to millions of listeners. Why did you decide to start the show?

Lockdown forced me to think outside the box and I was determined to find new ways to live stream to my fans all over the world. I dusted off some old Pioneer CDJs and found a new passion! Things went really quickly from there, my team and I have been pleasantly surprised to see my Goddess Is A DJ show evolve from live streaming from my house to a weekly show on the EDM Festival Channel of DI.FM (https://www.di.fm/shows/goddess-is-a-dj). The radio show then expanded into a live event with full production streamed from my TV studio in London. The icing on the cake was partnering with the Maestro platform (facilitating Livestream events for the likes of Coachella, deadmau5, and The Grammy Awards) for the full fan experience!

What plans do you have for the radio show to grow even further in the future?

I am in discussions with leading radio production companies about expanding the radio show even more and it’s all incredibly exciting. I will also be continuing to push the boundaries for the live version of the show which streams on the last Saturday of the month at www.goddessisadj.tv

Speaking of plans, what else can fans look forward to from you for the rest of 2021? Can you give us any hints?

I am working on my new NATHASSIA artist album which will be out later this year. I am also looking forward to building my Goddess Is A DJ brand and music production side of things as I am working on several new projects to follow up to my debut remix of ‘Star Sapphire‘. On the live show front, I will be ramping up my NATHASSIA Devine Show with more musicians and creative production support for the monthly livestreams (every second Saturday of the month) at www.nathassia.live. Plus, I am very excited for my next single release out on ArchangelUK later this year, it is a level up from everything I have produced before.

With no signs of slowing down, NATHASSIA has been able to use her love for electronic music and in turn promote the true values of her heritage and background. With a busy schedule ahead, we will be keeping an eye on all new projects, but in the meantime make sure to check out her music catalogue below and let us know what you think of this certified hit in the comments section.