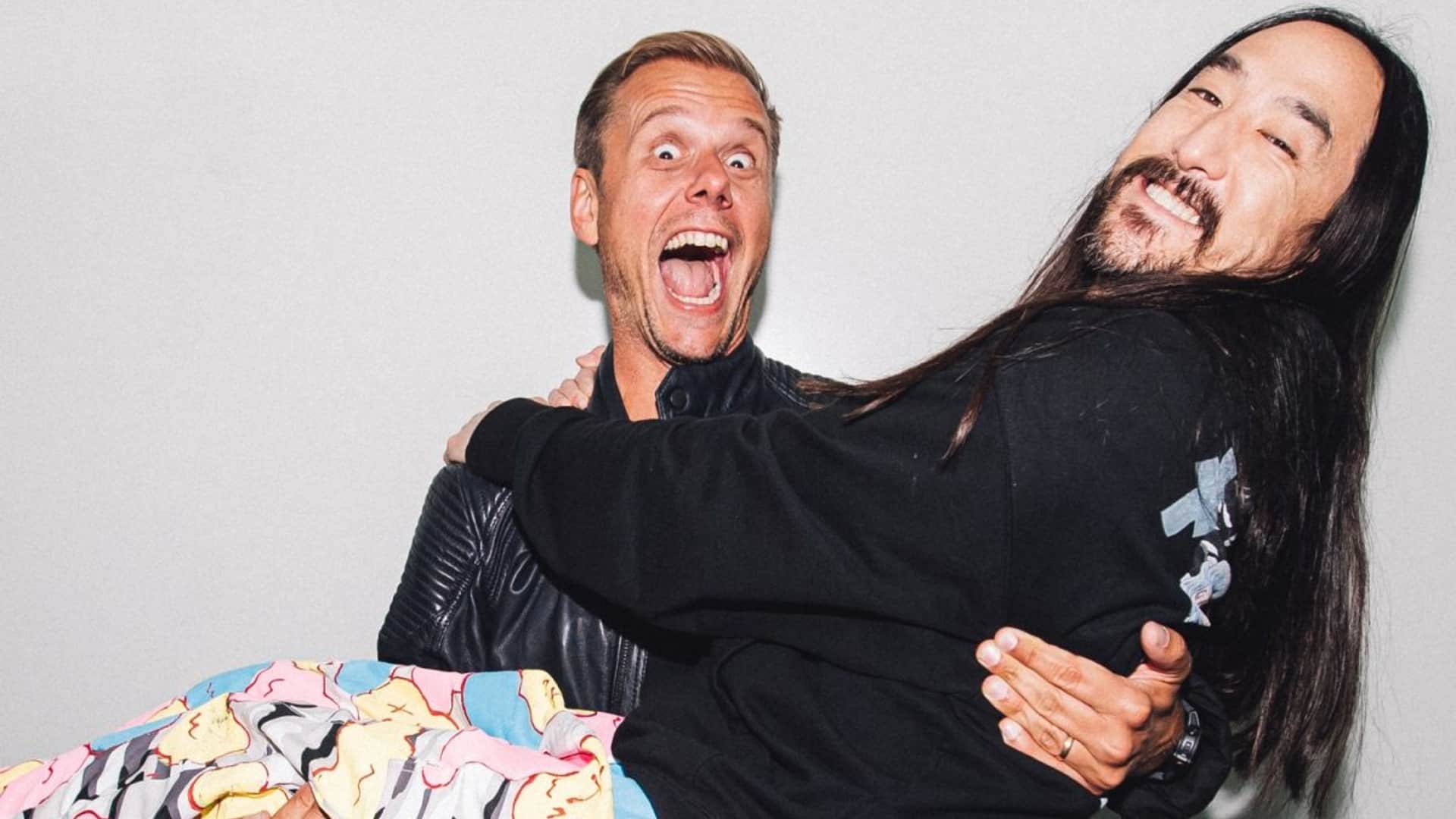 Featuring epic builds throughout, this track is destined for the main stage of the biggest festivals in the world. With a drop like no other, both artists signature sounds are evident, whilst the addition of a robotic chant helps electrify the personality of this production. Destined for nothing other than success, the hype behind this long-awaited collaboration has begun, and we could not be any more excited to finally get our groove-on.

Taking to their social media accounts, both Aoki and van Buuren confirmed the tracks official release date, with ‘Music Means Love Forever’ being dropped this Friday, the 19th of September 2021. Having previously released renditions of each other’s work, this track will have a special meaning for both sets of fans, as they will finally have the chance to celebrate the musical talent of each artist, through one unique song.

Patience is a virtue, but in all honesty Friday can’t come soon enough! In the meantime, you can check out the remixes of each artists’ respective songs, with van Buuren putting his own touch on ‘I Love My Friends,’ whilst Aoki worked his magic on ‘Mr.Navigator.’ We will be back with an official review of this certified banger once it has dropped, but for now make sure to pre-save ‘Music Means Love Forever’ here.