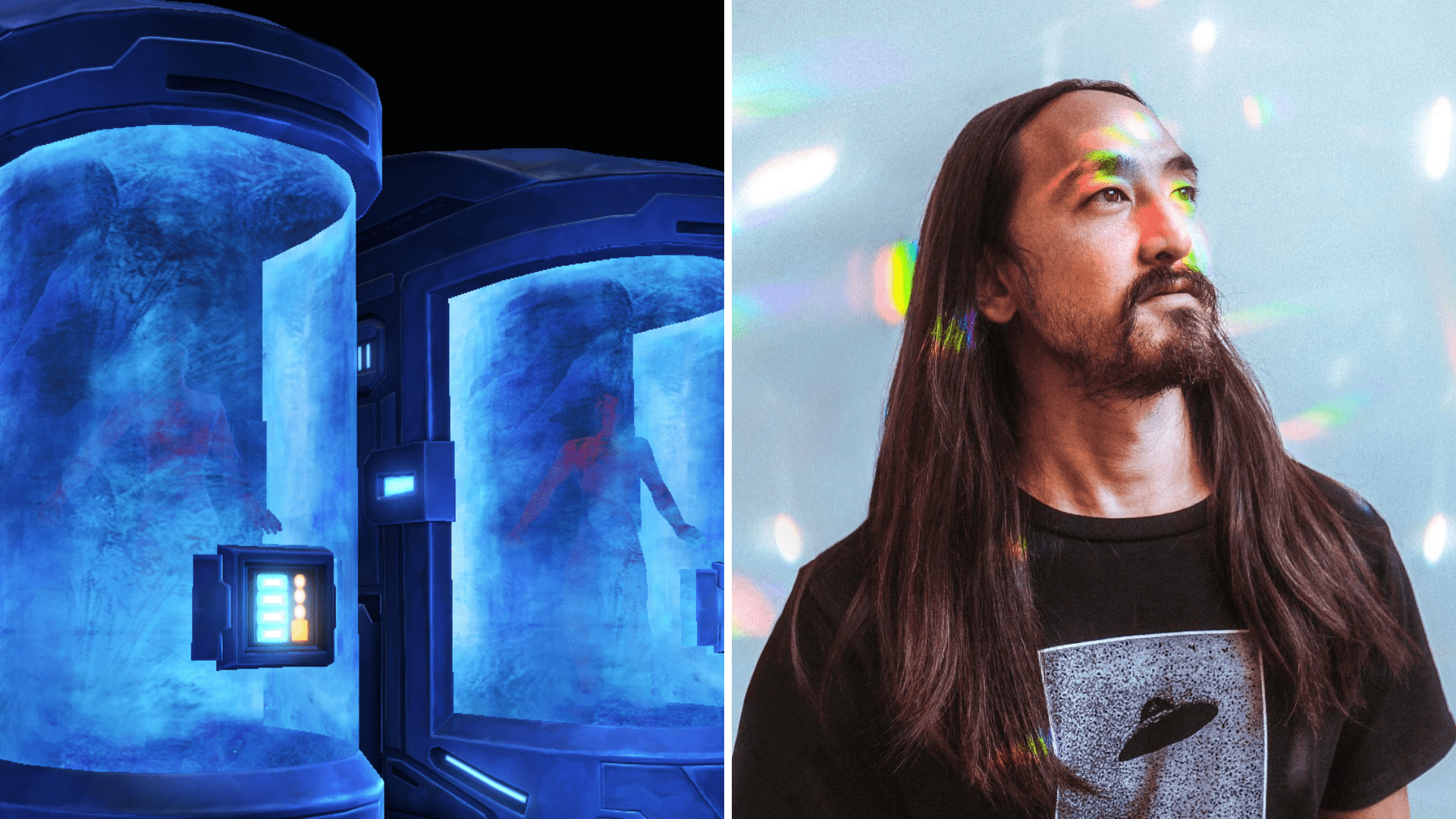 Steve Aoki hopes to be cryogenically frozen after his death

The legendary Steve Aoki isn’t just known for his interesting ideas behind the decks anymore as the cake-throwing DJ and producer has recently expressed his interest in wanting to be cryogenically frozen after this death. The concept of being cryogenically frozen has been around for many years now and the process involves the human corps and bodies stored at very low temperatures (usually around −196 °C/−320.8 °F) with the speculative hope that resurrection may be possible in the future due to scientific developments.

Although expressing his interest as far back as 2016, when talking with Graham Bensinger on his In-Depth show, he talks more about the options that he is working closely with the Alcor Life Foundation on. The company currently charges $220,000 to join the around 250 people who have currently been cryogenically frozen in the United States of America, a small fee for Steve Aoki who reportedly had a net worth of around $120 million in 2020.

“So Alcor is a facility that deep freezes your body. If I’m so lucky to die in a hospital situation where they can move my whole body and quickly get my body, my brain most importantly, into this deep Kelvin temperature, and if there’s technology to actually bring you back, then I could come back,” – Steve Aoki

The DJ who is set to be inducted into The Asian Hall of Fame reveals his passion for the process was inspired by the tragic passing of his father in 2016, explaining that his brain was not ready to die when it did. Due to this Aoki has been trying to convince his family to take part in the process as well, however, according to him his sister and mother have been less enthusiastic to partake. He talks more about this when he states:

“But it’s like the sad thing is, I don’t want to come back and my whole family’s gone. That’s why I’m asking my whole family, ‘Let’s at least all do it together.’ -The angle is finding a way to live forever, and that sounds kind of scary and crazy when you say that. My mom’s 78. I want to see her live to 120. I want to say, ‘Mom, you have another 50 more years left,’ you know?”