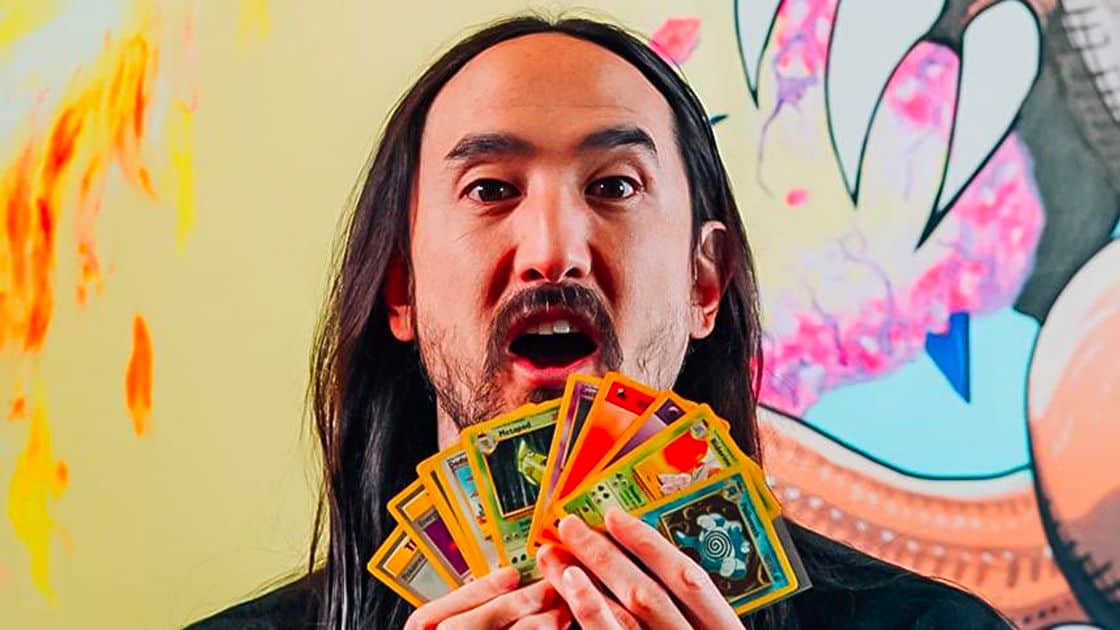 Steve Aoki continues to hold the crown for the DJ most involved in pop culture, and his latest endeavor only proves that title is rightfully given. Goldin Auction announced on Twitter that the famed producer is teaming up with King Pokémon and Dumb Monkey to host a record-setting $1 million community box break called “Pokémon Saves The World.”

The event will take place on October 9th from 1:00 pm – 7:00 pm PDT at Airstream Park in Las Vegas and is invite-only. However, the live stream for the box break will start at 4:00 pm and conclude at 6:30 pm (also in PDT). The event will feature a performance from DJ James Kennedy and comedian Robert Hudson. There will also be a meet and greet and Pokémon tarot card readings.

The way the box break will operate is participants bid on sealed boxes containing packs of Pokémon cards. These boxes are from the 90s, so the chances of finding a rare and valuable card are extremely high. Some of the cards found in the packs could be worth hundreds of thousands of dollars. Once the bidding has concluded, the winners will receive an invite to the event on October 9th to open and grade their cards.

The page to bid is currently open on the Goldin Auctions’ site and will close at 10 pm EDT on September 18th. The box break includes separate 35 placements up for bidding. All placements require a minimum bid of $5,000. This event is incredibly rare. If you happen to win one of the boxes, consider yourself lucky.

To bid on the “Pokémon Saves The World” auction, click here.

Each spot comes with an invitation to the world’s biggest Pokémon party!