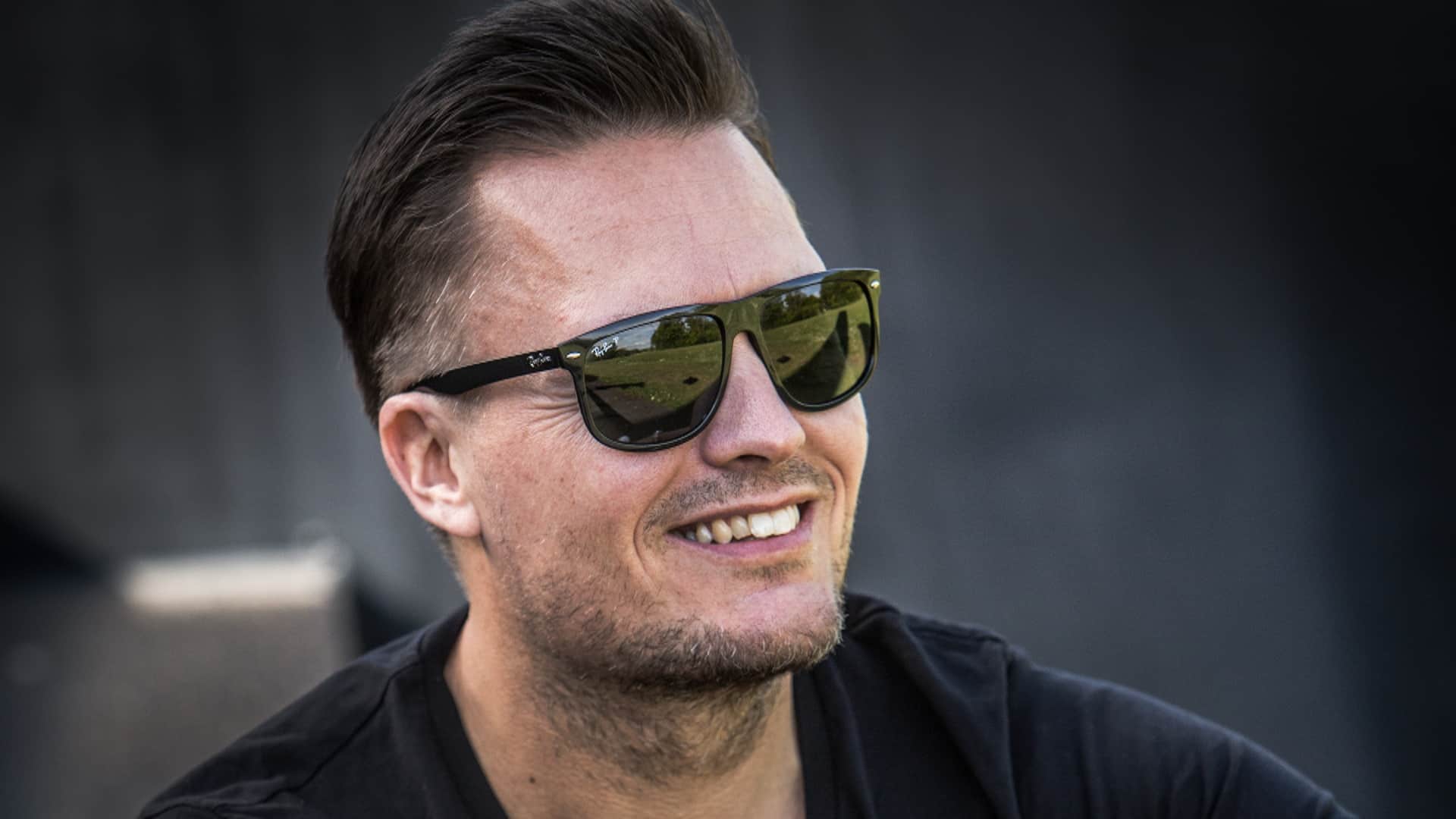 Impacting the electronic dance industry like no other, Terry Golden is the personification of excelling in your craft. With almost 30 of years of knowledge and experience, the Danish DJ/producer has been evolving throughout his time within our community. Building his musical influences through a variation of genres and an admiration for artists such as Armin van Buuren and Tiesto, it comes to no surprise that this multi-faceted artist has remained intact for such a long period of time. Adding to what he values the most, his downright hunger for success has helped pave the way for an array of accolades and recognitions within the dance scene. With his tracks amassing millions of views, Terry Golden has a fan base that keeps on growing, and with no sings of him slowing down, we are very happy to have caught up with Terry Golden himself. Here is what he had to say about his latest Future Rave release ‘Made It,’ his recently launched show ‘Art of Rave’, the wide use of EDM genres and more.

I started as a DJ about 9-10 years ago. I was at a Tiësto show and just thought, it must be the coolest feeling to be up there, so next, I bought a DJ controller and started. After a few years, I realised that I needed my own music, to have a chance as an artist, so I added music producer 6-7 years ago.

Tiësto was my starting point, but quickly Armin van Buuren was my lighthouse, and trance really got to me. Lately, I have really been into the Future Rave movement which MORTEN and David Guetta have started, and that’s what really helped me shape my own sound, which is in all my production the last year or so.

Of course, all live performance stopped, just like that, and is just slowly getting back at the moment. So, it was a huge setback, but I used the time to really shape my sound into what you are hearing from me today. I found that sweet spot between big room, trance, and progressive with a touch of house and techno, which actually cover all my favorite genres. So, for sure the pandemic and the extra time I got in my studio really helped me to be creative, and shape my sound – so that’s a very positive output, as I am really proud of the results, and a lot more is coming.

Given how many new producers were able to make a name for themselves during this pandemic and the ones you have worked with, how do you feel about the current state of electronic music compared to where it was 20 years ago?

I actually feel that before Covid many of the big names really got very commercial, and maybe even more in the first half of the pandemic. The electronic music somehow blended more and more into pop, R&B, etc. But now, I somehow feel that we almost are back to the good old rave days, just a bit more organised. So, I feel the current state is really positive, and as restrictions are lifted, it’s almost like people just want to party hard, and because of that, I think electronic music has a good future ahead. 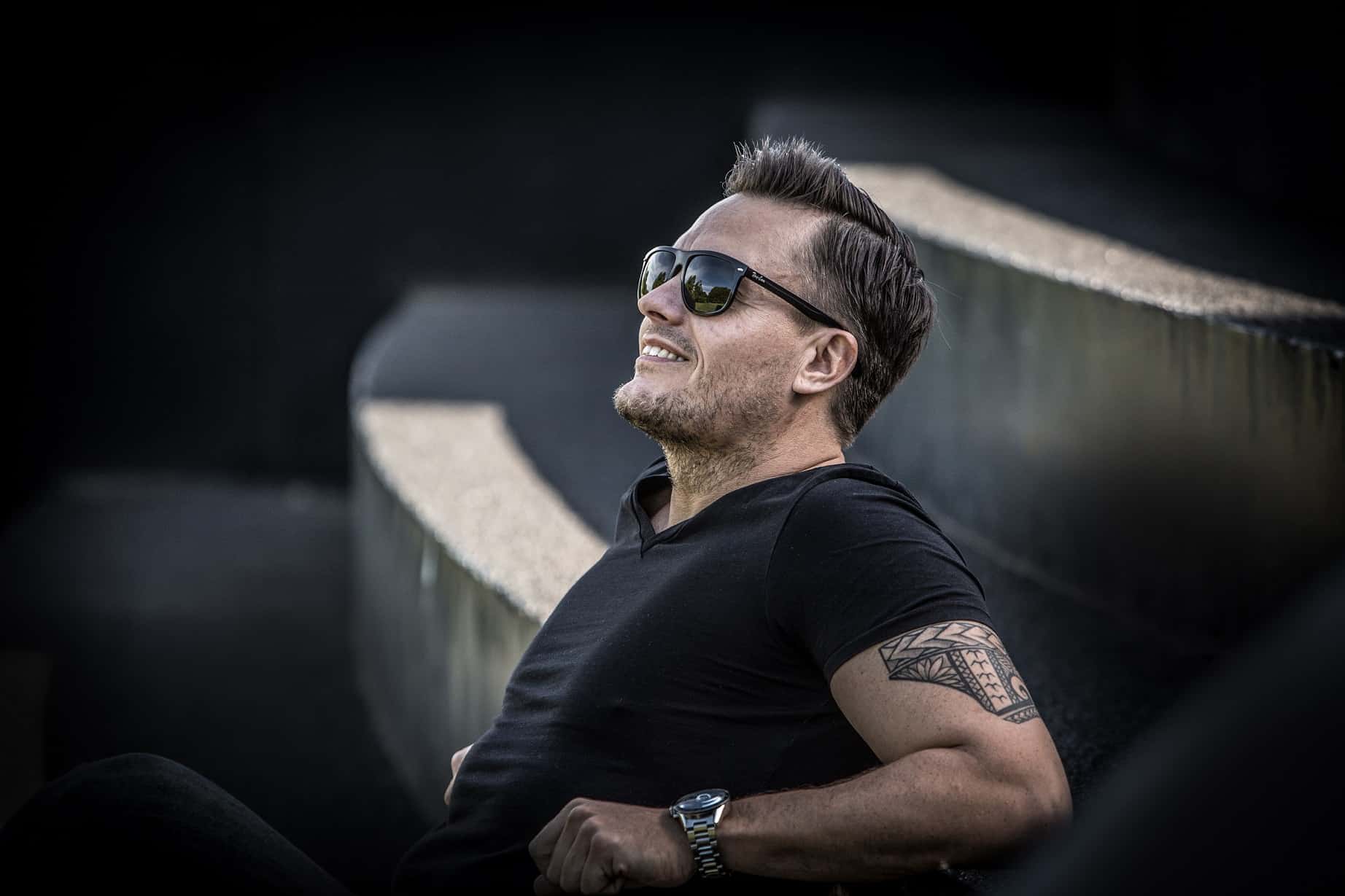 The music industry is working its way back in the form of live events but it has not been the easiest task. Why do you feel live events are important for you and the fans? What makes them so special?

Engagement with your fans live, it’s where we feel each other true music, and as an artist that is the only reason why I make music in the first place, to stand in front of an audience… it’s just the best feeling in the world. From the fan’s perspective, they get a special show with lights and effect, and in my case always something special, in terms of remixes, unreleased music, and crazy mashups. I just want to make them feel the special moment, and go home with the feelings, that’s in was the best night ever – and worth every penny.

Let’s discuss your most recent release, ‘Made It.’ It’s in the Future Rave genre/style. You recently switched to creating that style of music and carving your own lane, what was it about that sound that drew you in to create your own?

I just like that you are not stuffed into a box of how a certain genre just sounds like, and I can just cherry-pick the best part from different genres and put it all together, so for me a perfect match. With that said, I hope people can hear and feel the energy in my drops, and close their eyes in the breakdown, and I kick you out of your dreams right back into the party. That’s right about the feeling I am trying to give my audience.

You’ve recently gained some tremendous success on the Beatport charts and your fanbase continues to grow even after 30 years in the industry. Talk about what that means to you? That people (possibly more than ever) are still gravitating towards your new projects.

To be fair I have not been making music in 30 years, but yes, I have been in the industry. That’s just it when you make music, and maybe especially electronic music – It speaks a universal language without any borders like age, language, colour, gender, or sexual orientation. For every fan that sings my music in the charts, next to David Guetta and other great artists, just make me feel so grateful and it just makes me want to do even better on the next one – so it means the world.

Your “Art of Rave” show recently launched and features a wide range of EDM genres, what was your inspiration to start the show?

For me, it’s a communication platform, where I can speak true music and mixing with a big audience every week, so it’s an important platform to develop me as an artist, but also to reach new audiences and fans. The name Art of Rave spoke to me, as it is like my own music doesn’t have any borders in regards to genre, so what is rave music really – for me its music which makes you want to dance and party hard, and then I also believe that most people would like a bit a variation – not just be listening to the same beat and tempo from the same genre, exactly like it would be in a live show.

Given all your latest success and how you are trending upward (maybe now more than ever) what do you see next for your career?

I hope my next step will be some touring around the world and play live in as many places as possible. But I can’t do that by myself, so short term I hope to hook up with a great agent – and hopefully my recent success has put me enough on the map to make this happen.

You can also expect to see a lot more new music coming in the next month, already line up 2 more released on Sirup Music.

With a career spanning for such a long period of time, Terry Golden has been able to showcase his musical prowess with each release. With Future Rave the latest exploration point in his producing capabilities, ‘Made It’ is a track for the ages. Make sure to check it out below and let us know what you think in the comments section.