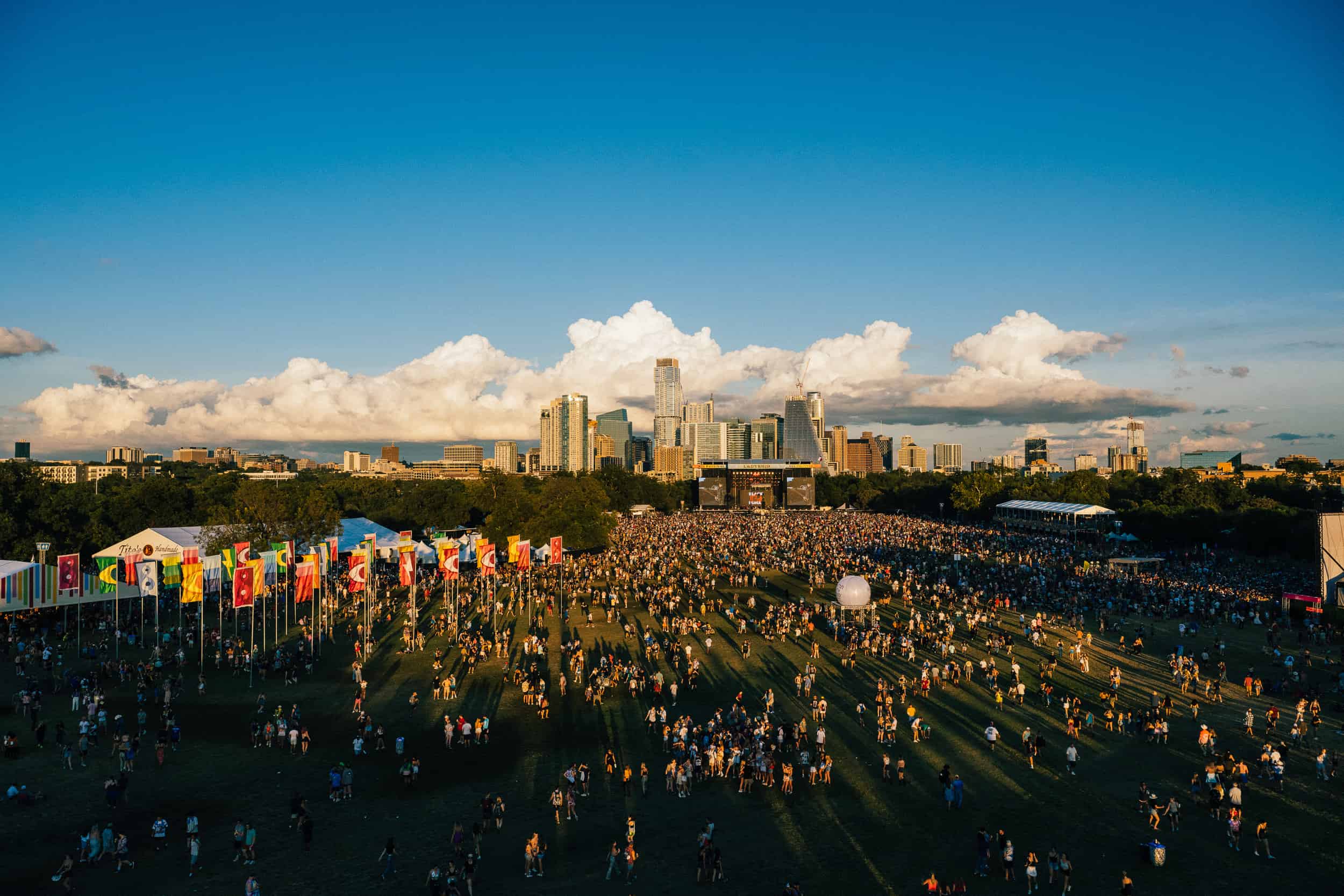 This past weekend over 100 artists took to the stages of Austin City Limits Festival in Austin, Texas. As fans traveled from all over the country to celebrate the multi-genre festival’s 20th edition, it would go on to be three days that would not leave anybody disappointed.

Due to the covid-19 pandemic forcing ACL to postpone their festival for 2020, the anticipation grew as Friday approached, and fans knew it was only a short matter of time until they stepped foot on the sacred grounds of Zilker Park for the first time in two years. As the gates opened for the first day, you could instantly feel that the weekend would consist of unforgettable performances from some of music’s most notorious names.

As the first acts began to take the stages, the early day sets consisted of riveting performances from artists such as Jxdn, Skip Marley, Durand Jones and the Indicators and Hinds. However, when the afternoon hit, arguably the best performance of the entire weekend came in the 4:00 pm slot at the main stage. That happened to be Machine Gun Kelly. Giving a performance that transcended all three days of the festival, Kelly displayed his latest production for his latest album and current tour ‘Tickets to my Downfall.’ The hour consisted of Kelly shredding guitar, singing with people in the crowd and ultimately climbing the high-view structure in the middle of the audience. If you haven’t seen an MGK show, it would do you good to go and watch as he is one of the best performers of the generation. 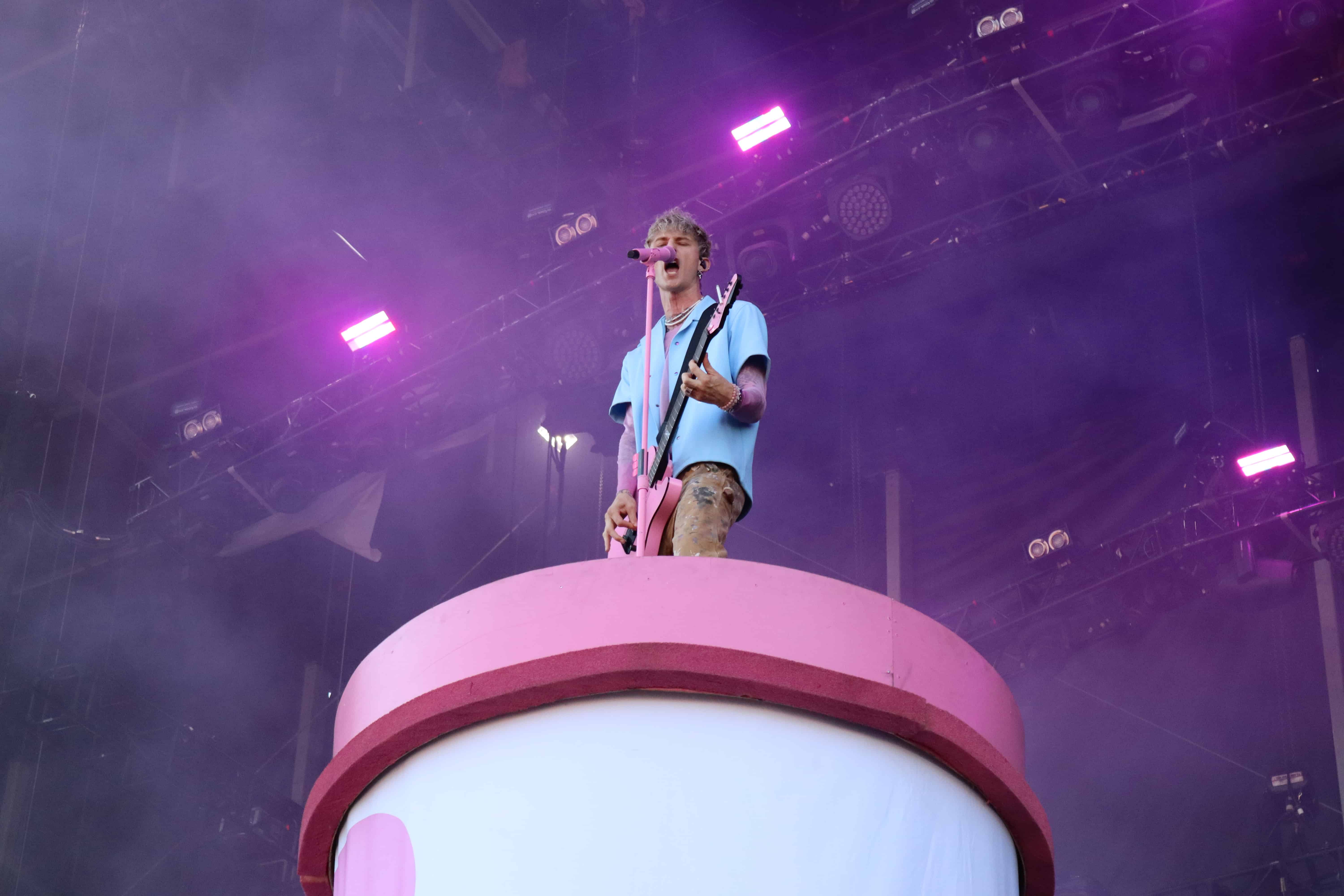 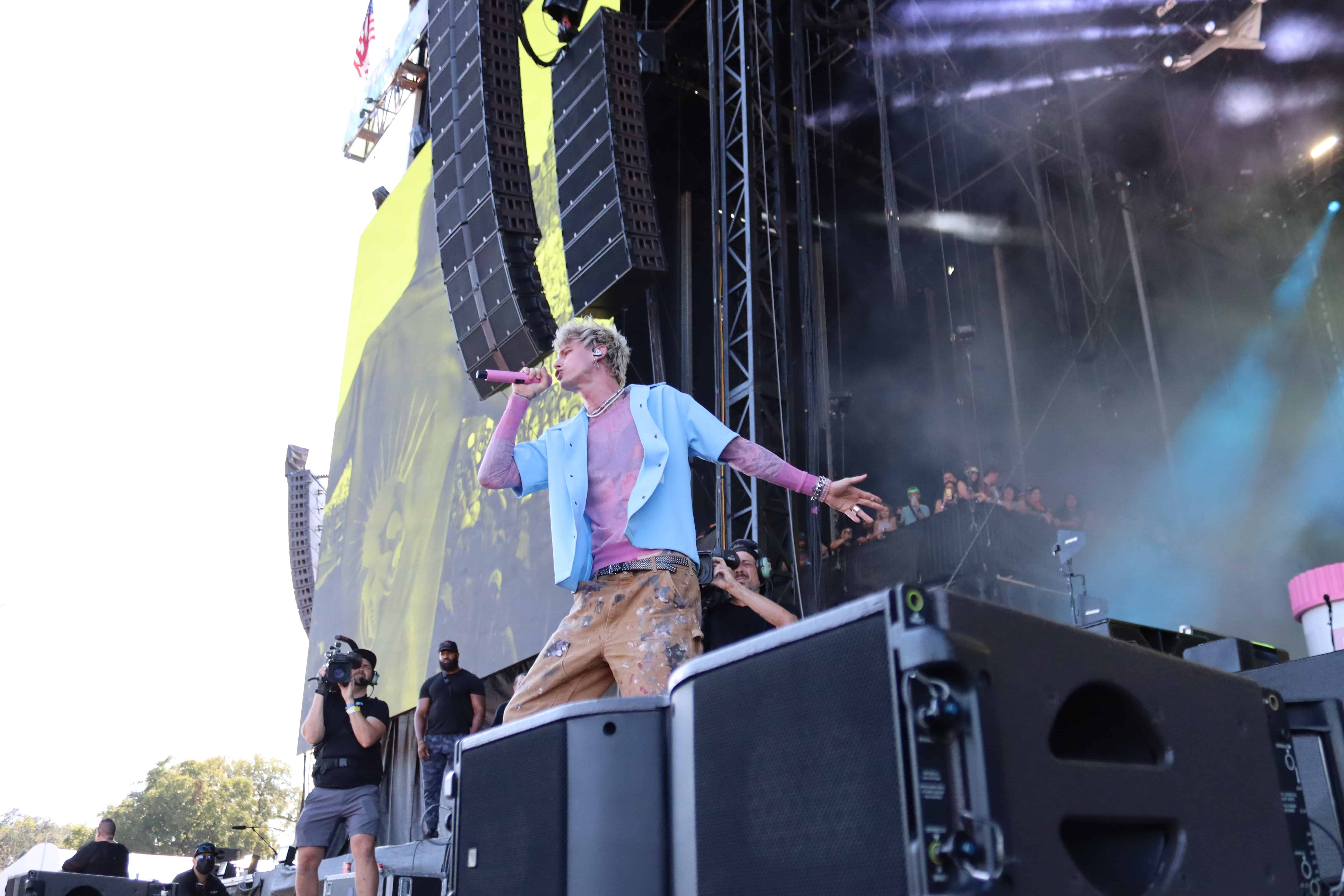 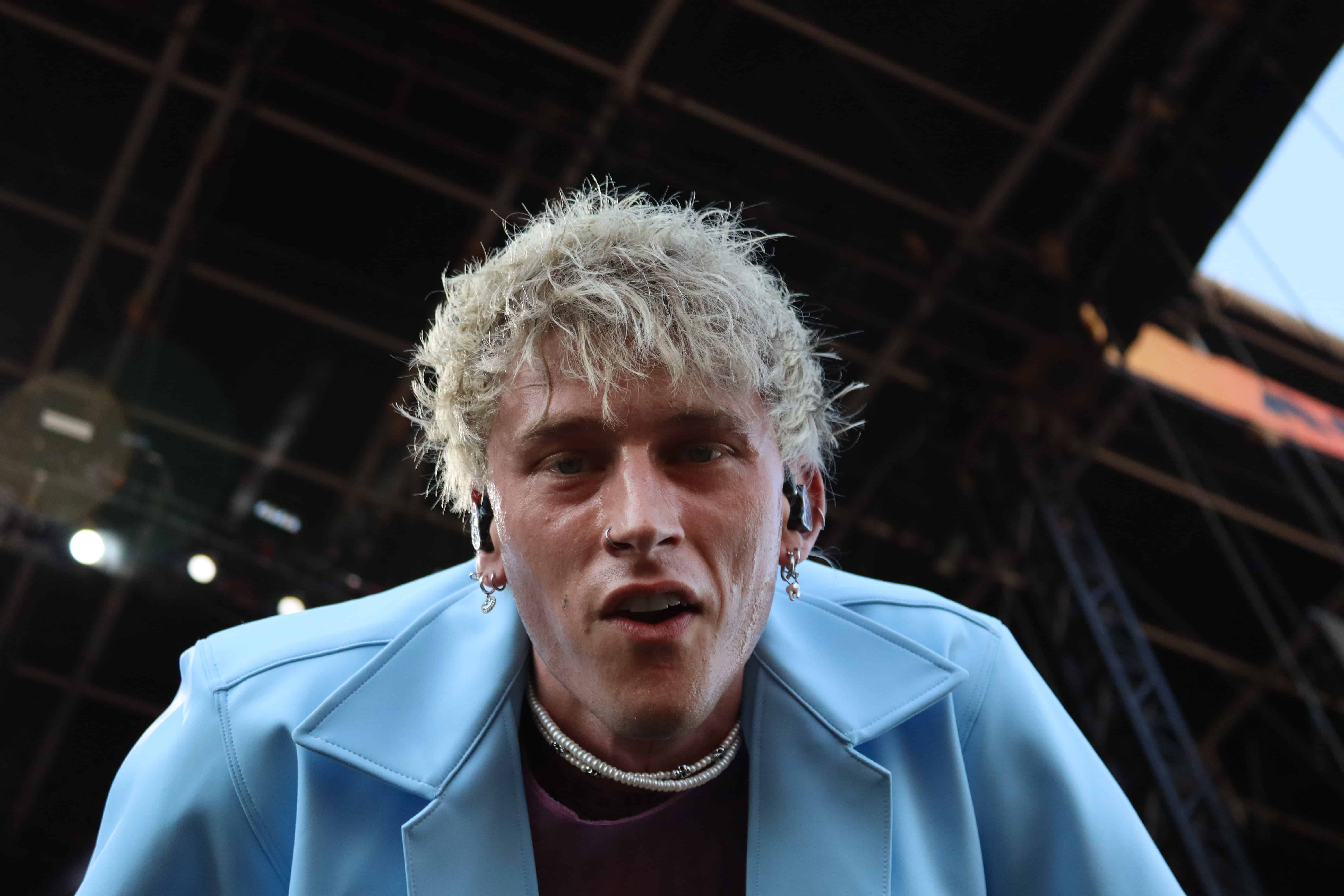 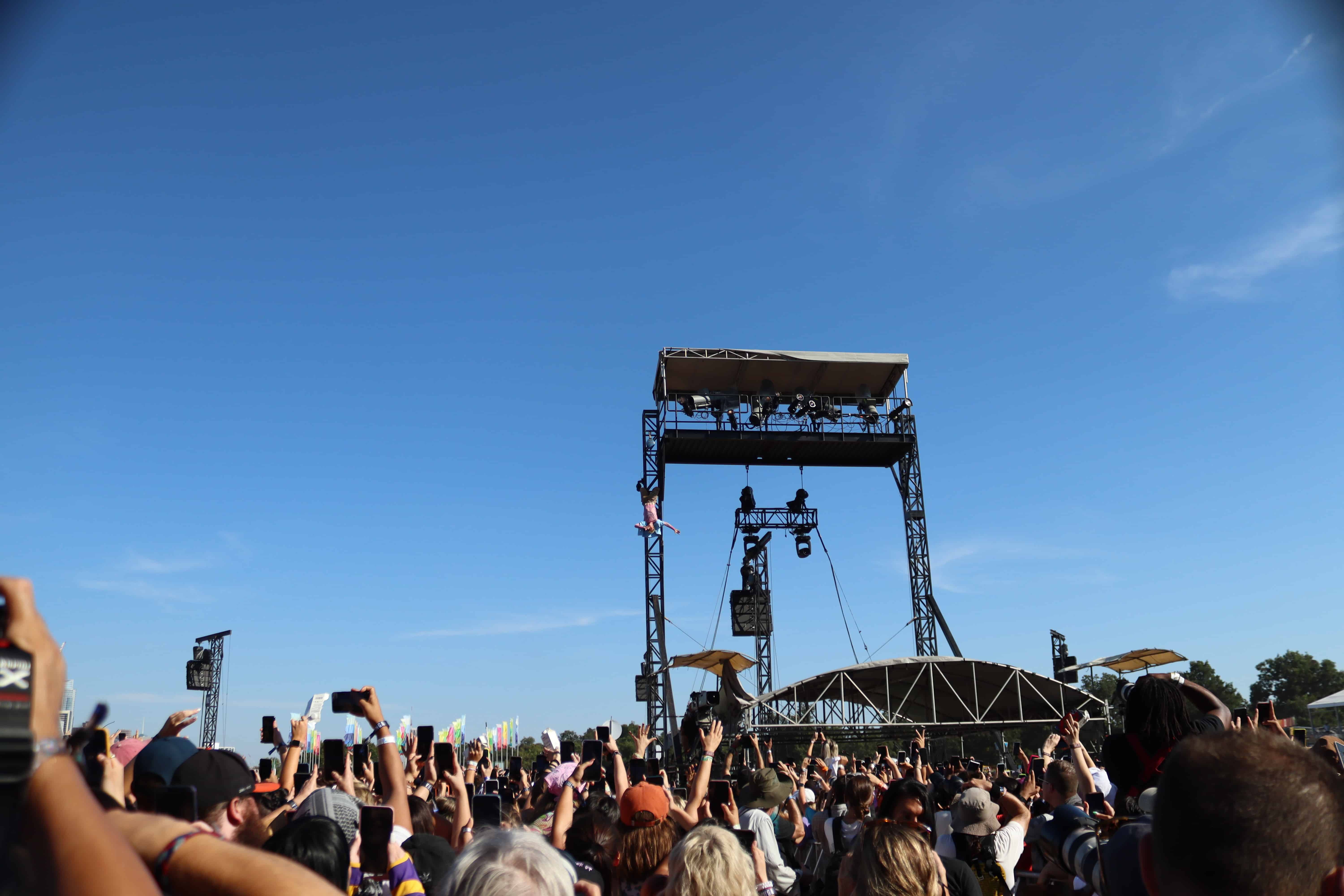 As the day continued, performances from Megan thee Stallion, Finneas, Lane 8 and Black Pumas all took place. Then the first nightfall of the festival descended upon the park, and attendees crowded the two main stages for the first headliners of the weekend. Those two acts consisted of country music legend George Strait and well-known superstar Miley Cyrus. Both gave performances that were well deserving of the headliner spots. Filled with songs for the past along with new material, Strait and Cyrus left fans of ACL in awe.

The second day was a great following act the experience that had happened just 24 hours earlier. Early day sets consisting of White Reaper, Remi Wolf, Phoebe Bridgers, Girl in Red and Modest Mouse rocked the grounds of ACL, including a set from 070 Shake, who is the featured vocalist on Swedish House Mafia’s “Lifetime.” 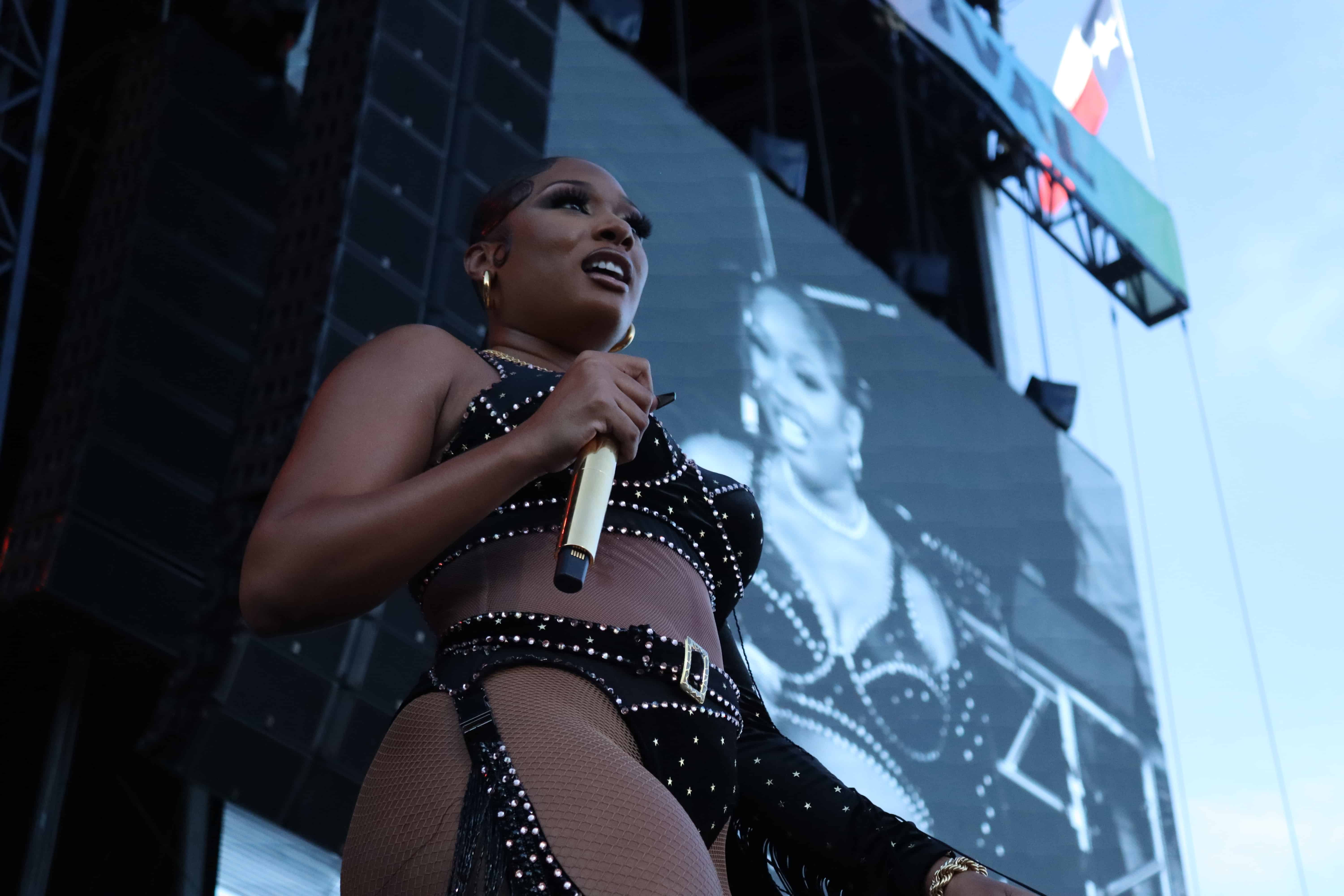 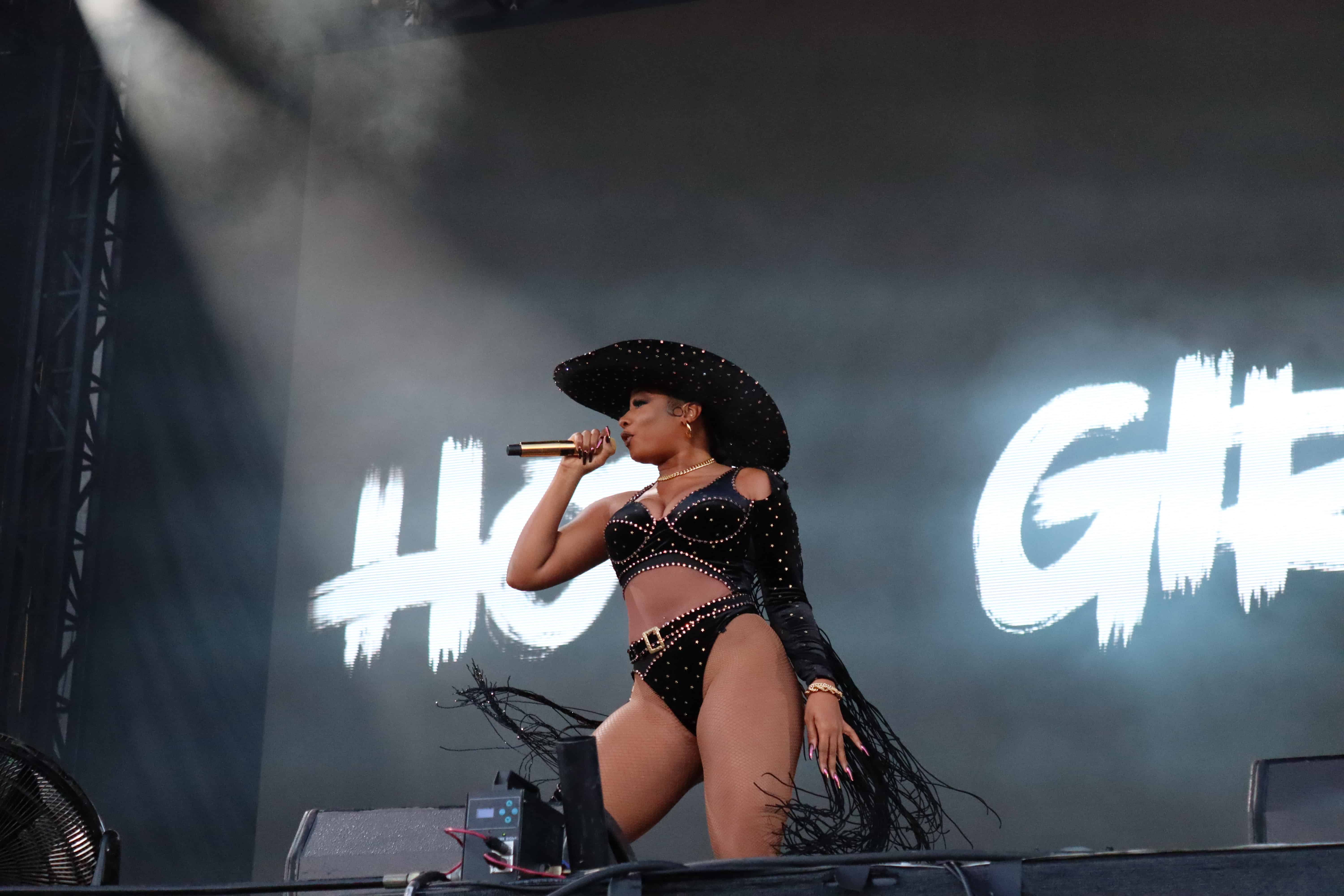 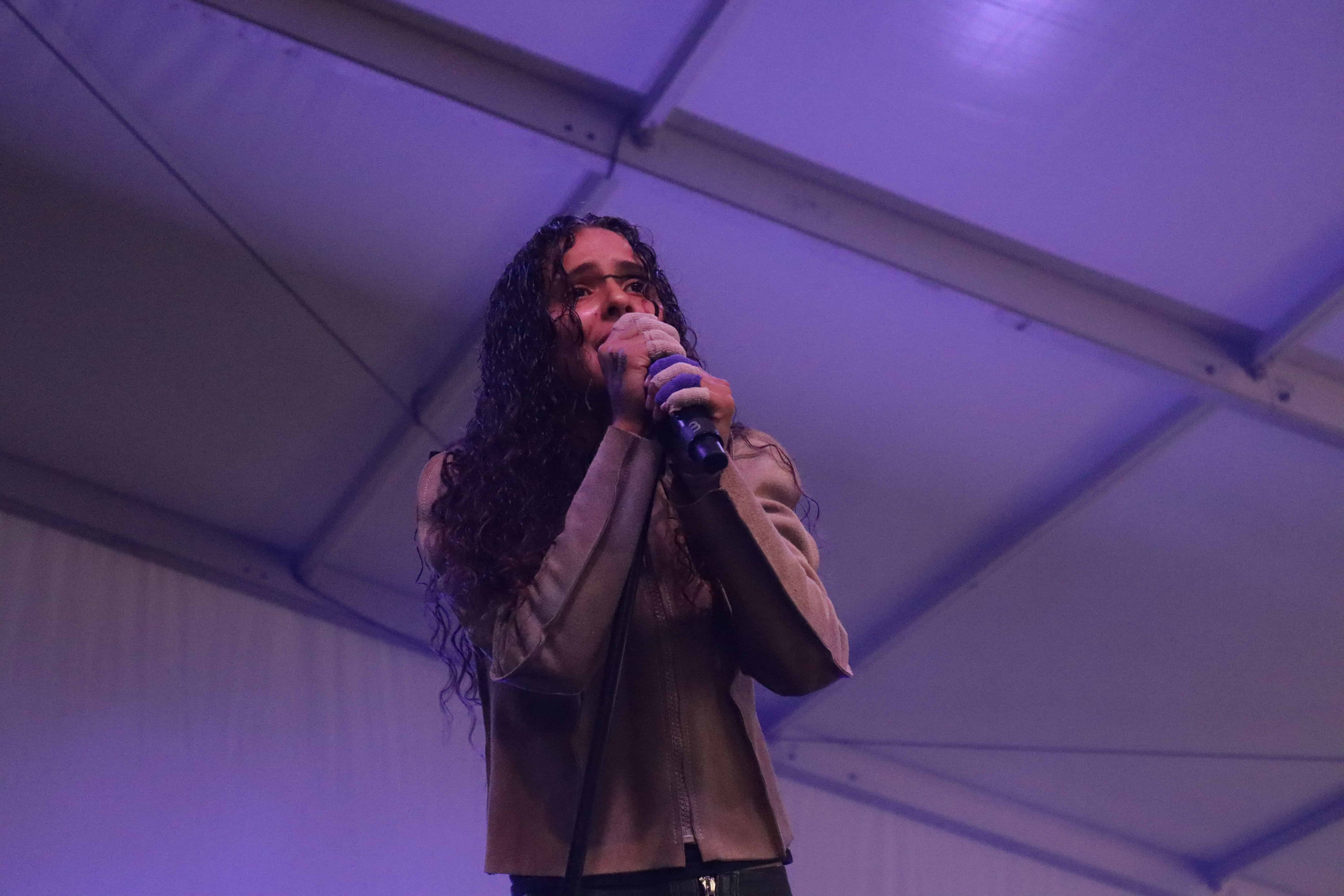 At 6:20 pm came one of the most anticipated performances of the entire weekend, Doja Cat. With her weekend one show sending shockwaves across social media, attendees filled the stage’s capacity to the brim to witness the show live themselves. With a set filled with props and amazingly choreographed moments, Doja Cat proved to everyone why she is one of music’s top entertainers. 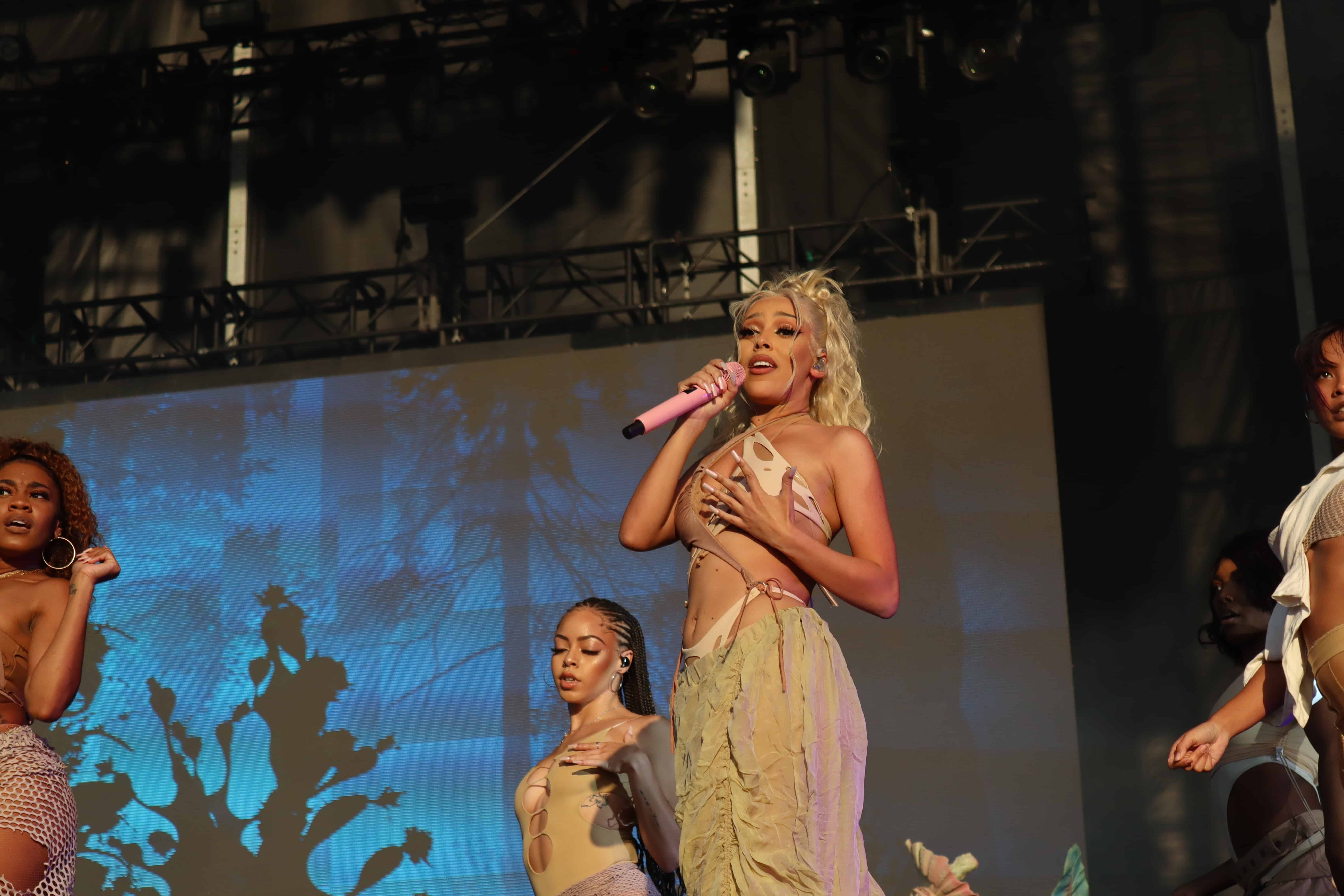 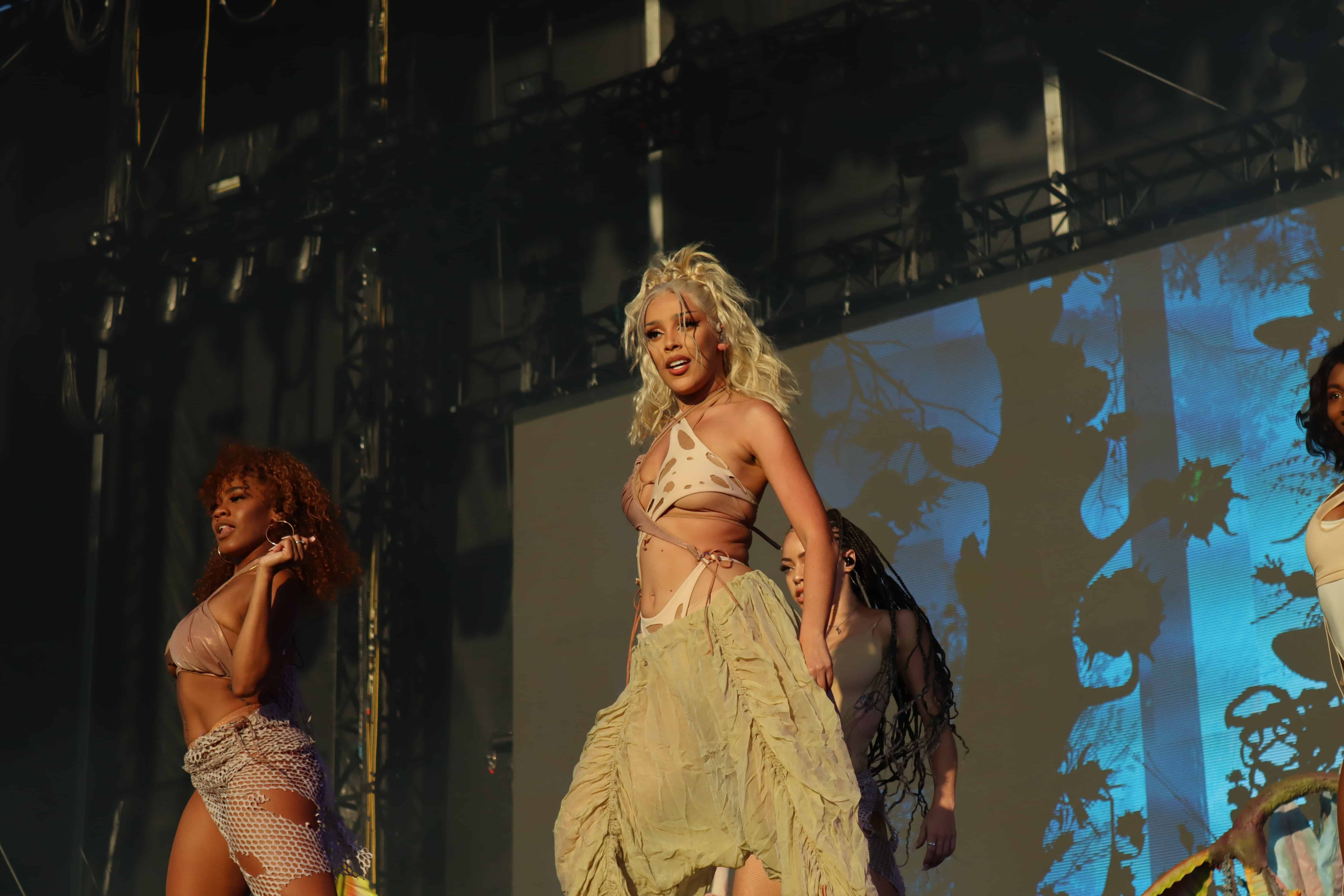 With the sun beginning to go down on day two, some of the biggest names on the entire lineup started to arrive. One of dance music’s most in-demand artists at the moment, Alison Wonderland, brought her spiritual Red Rocks show to the attendees of ACL. All while one of hip-hop’s most in-demand artists, Jack Harlow, brought his Creme de la Creme tour set up to the festival. The two headliners for Saturday night consisted of Grammy-nominated Rüfüs du Sol and four-time Grammy winner Billie Eilish. Whichever set attendees decided to watch, they witnessed two of the best shows that Rüfüs du Sol or Eilish have possibly ever performed. 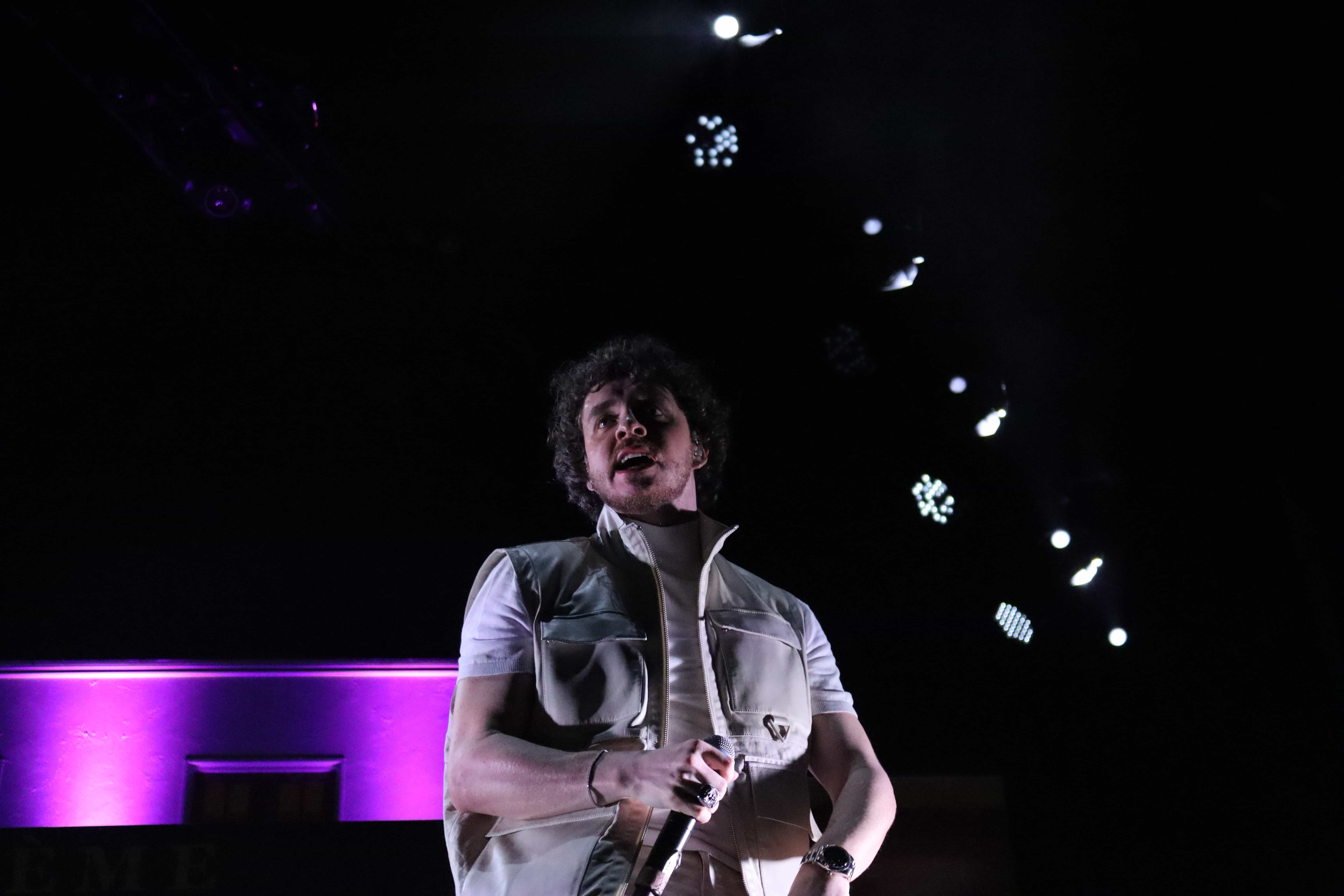 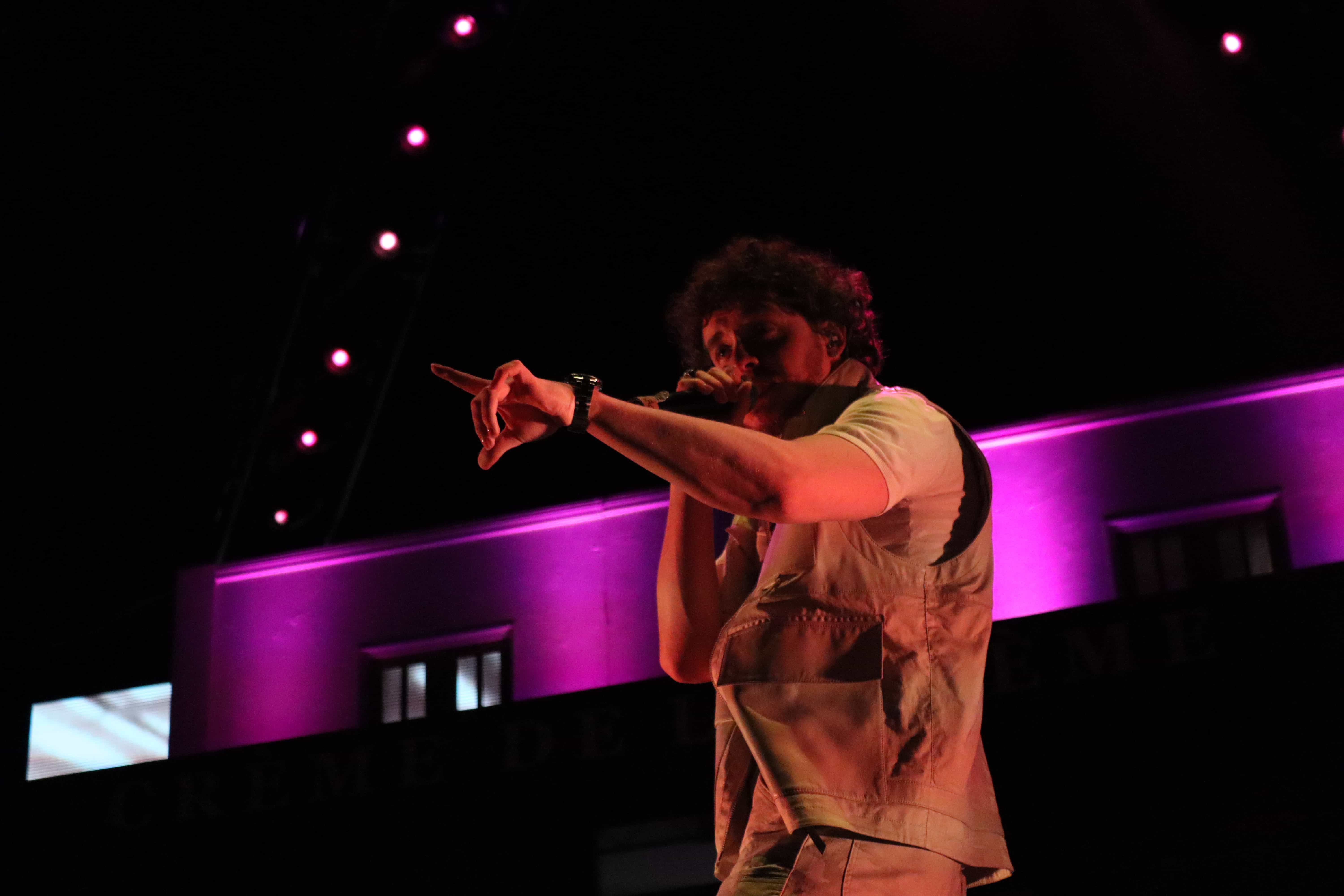 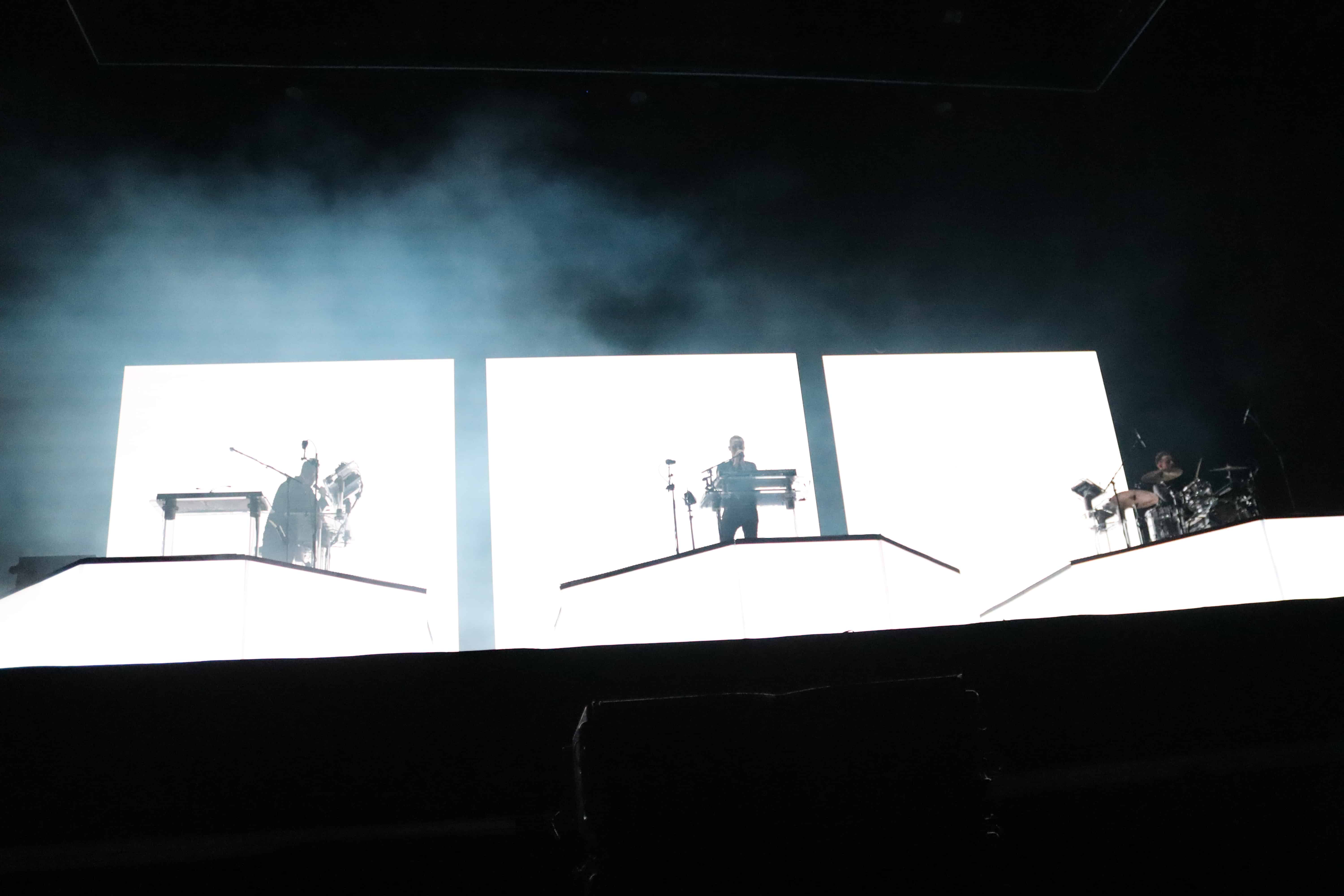 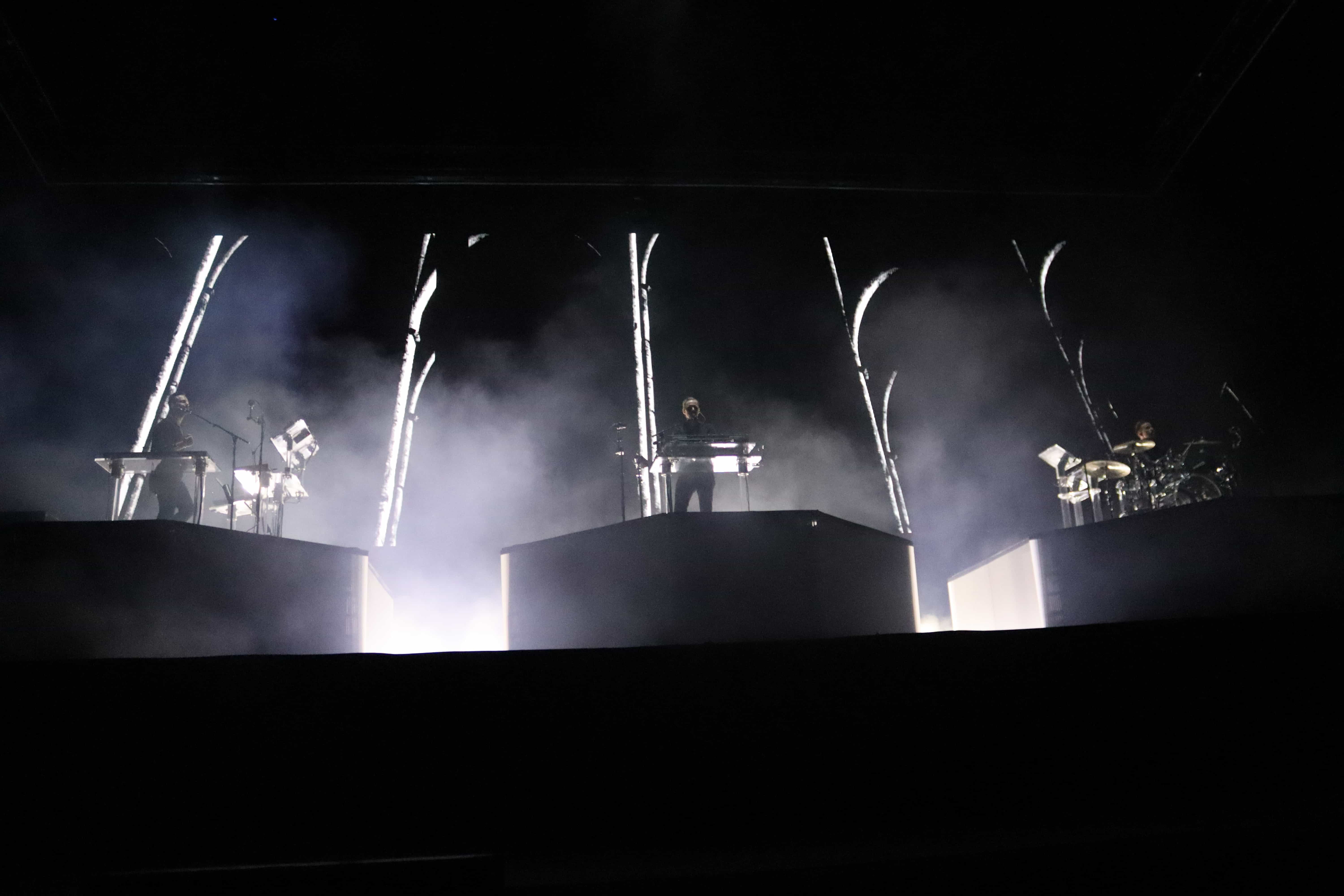 As the crowd made their way past the gates for the final day of the historic festival, the performances waiting for them would be at an energy level unlike any seen the entire weekend. With electric sets from Kennyhoopla, Polo G, Tate McRae, Chris Lake and AG Club, the day started with a bang. One of the memorable performances of the daytime Sunday slots was New York-based rapper Toosii, who ultimately jumped past the barricade to join the moshpit created by the crowd. The 6:30 pm slot hosted rock group Greta Van Fleet who presented an unbelievable performance filled with guitar solos, high energy vocals and wardrobe that rivaled any artist over the weekend. 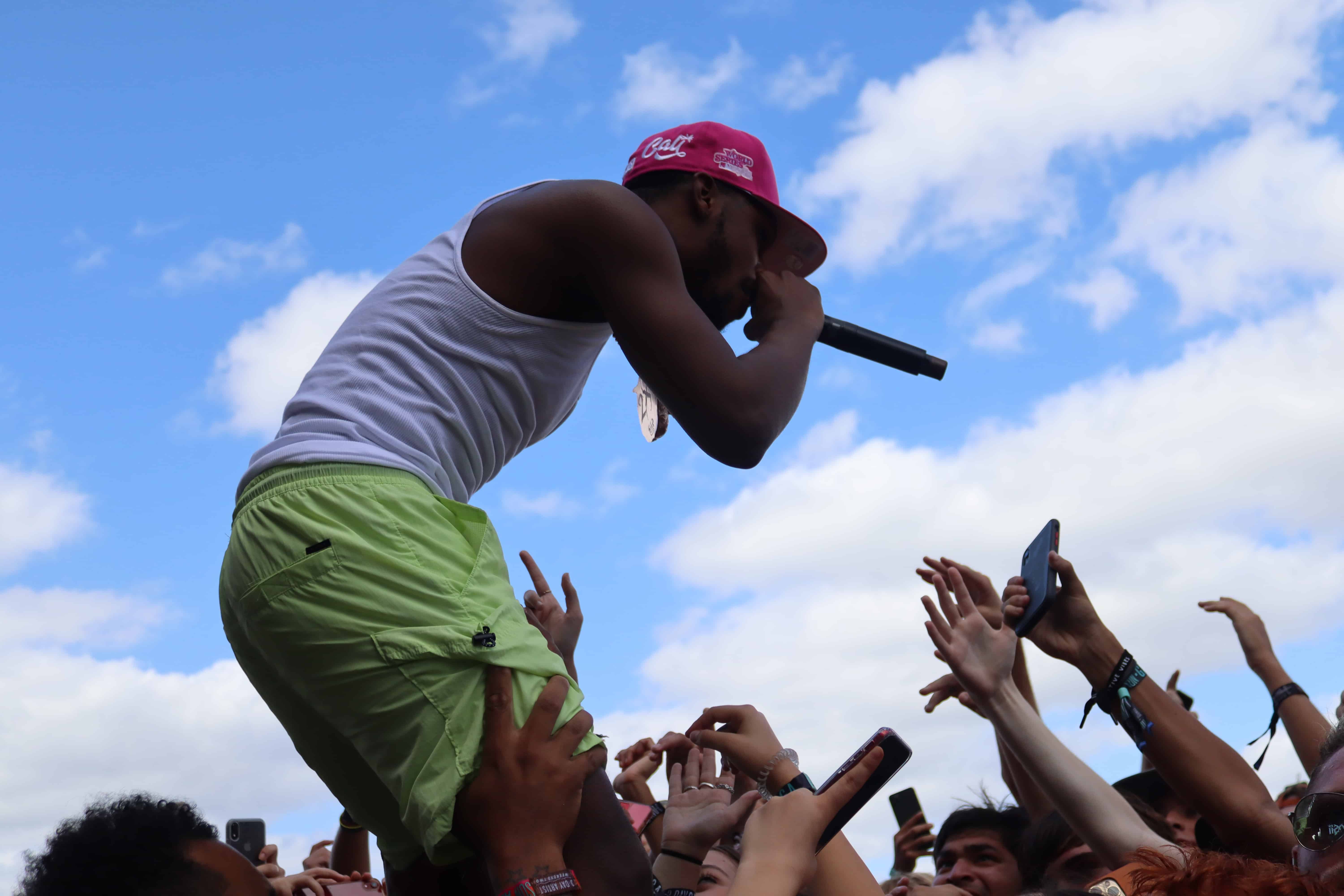 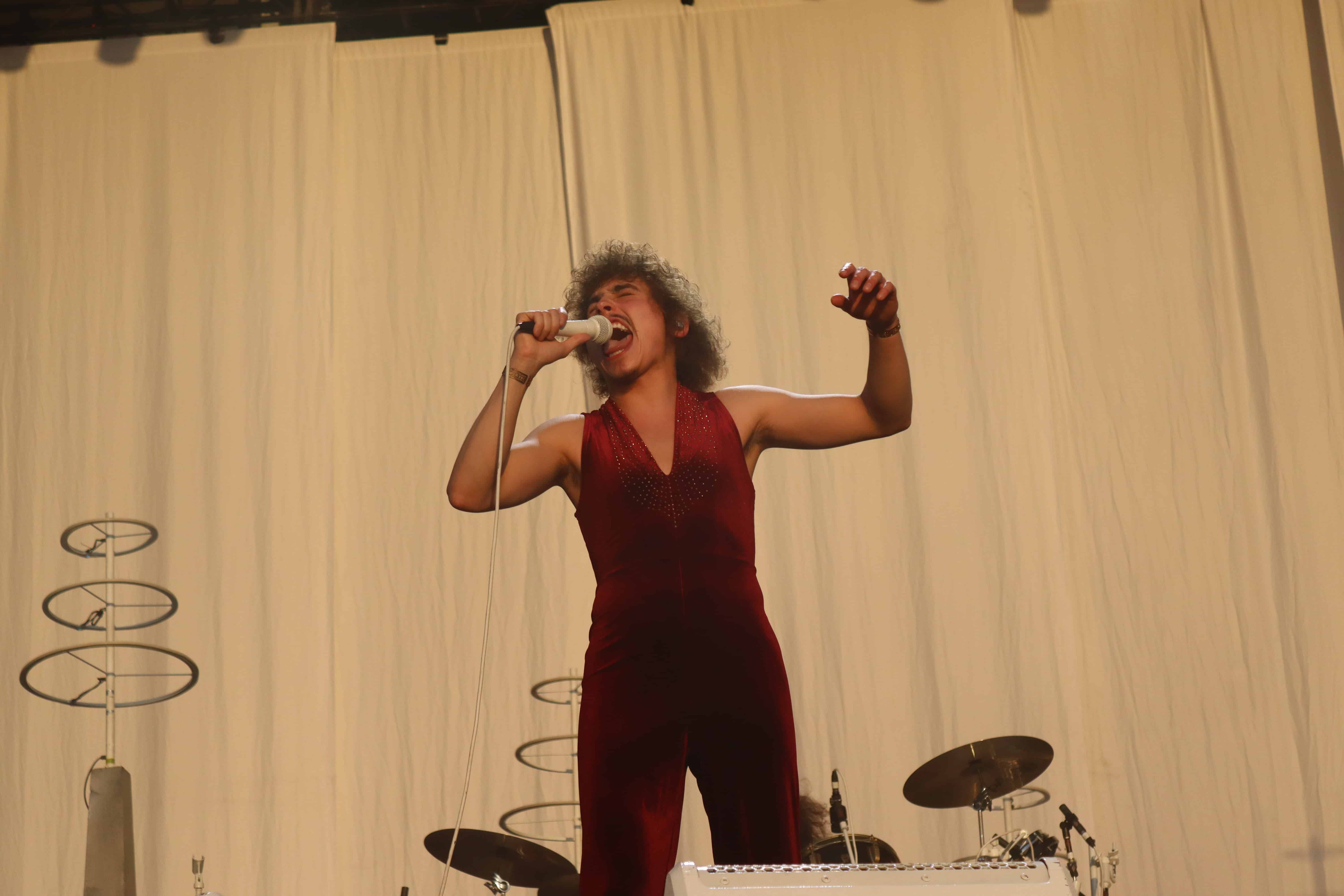 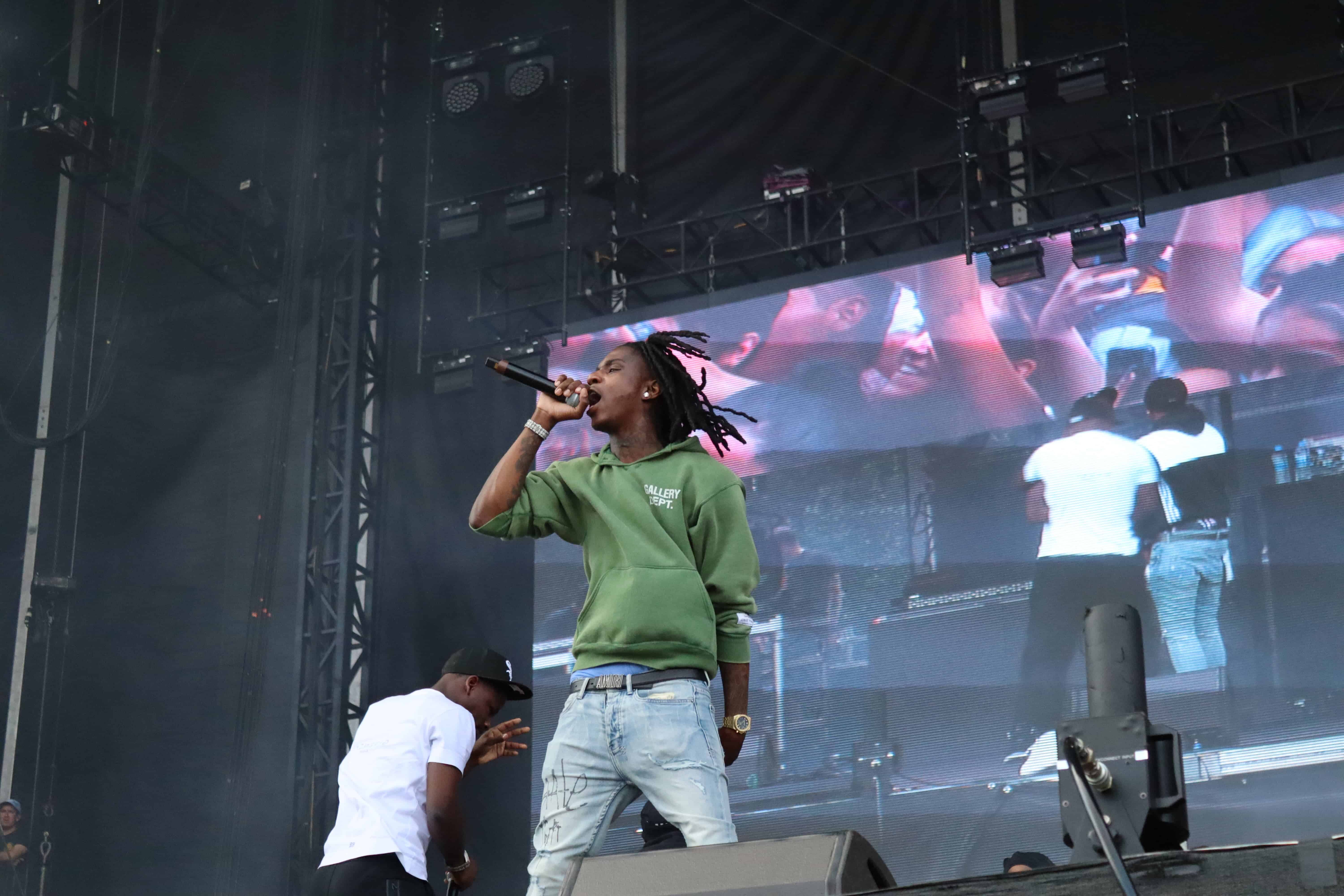 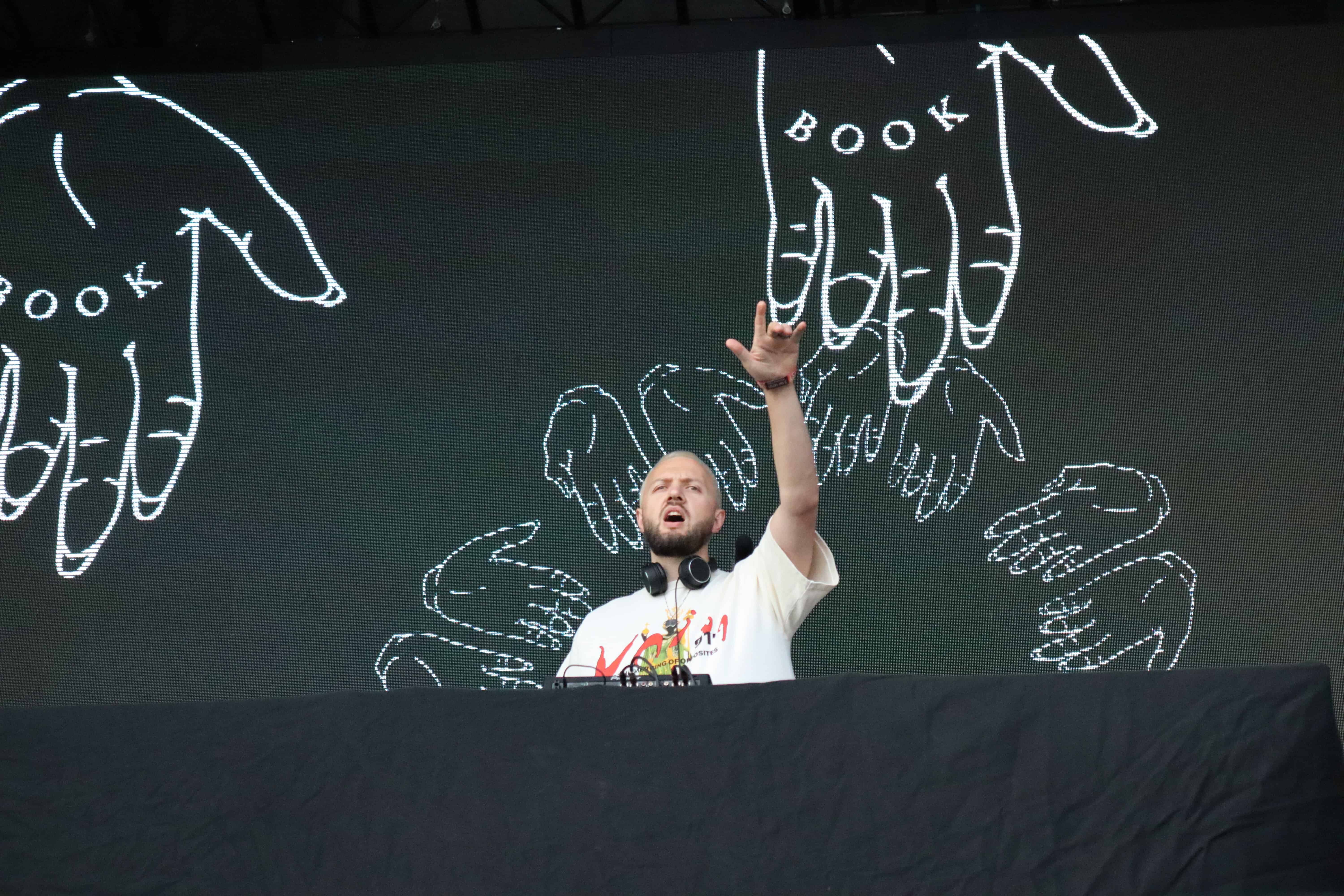 With the third day coming to a close, there would only be a few more acts left to take the stage. One being dance-icon, Madeon, who presented his highly regarded “Good Faith Live” production. The set illuminated the park with unreal visuals and colors and proved that Madeon is a master when it comes to live production. 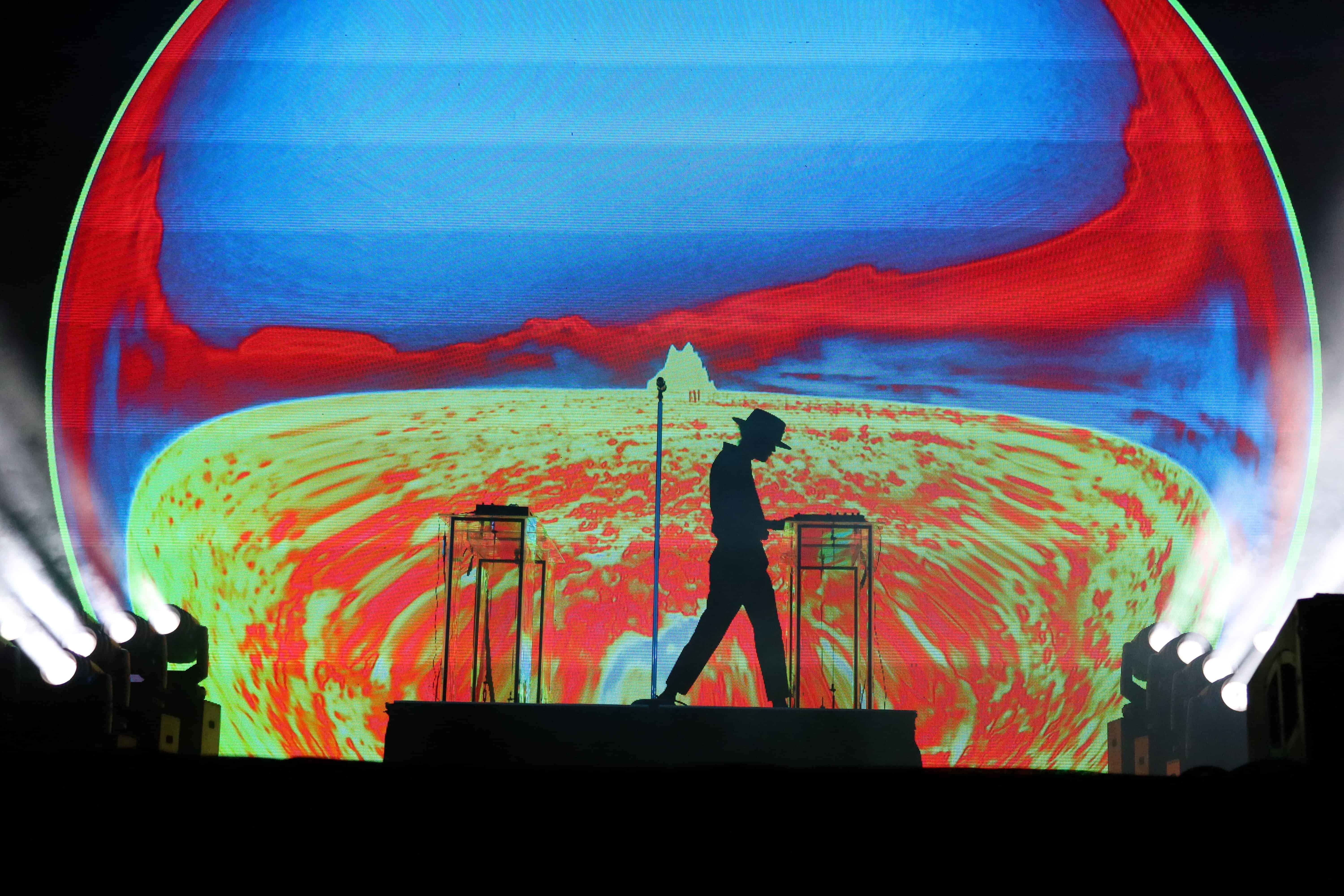 Lastly came the headliners for the entire festival. One being one of the most notorious bands to come out of England in Duran Duran and the other being hip-hop phenom Tyler, The Creator. Both put on performances for the ages. Tyler, The Creator possibly had the best show of the entire weekend, as many would expect. With a masterful performance, he presented a show displaying stage design that coincided with his latest album, ‘Call Me If You Get Lost,’ with the highlight of the design being a full-sized boat brought out on stage. He played songs, not just from his latest project but also from his early days over a decade ago. The night ended with Tyler, The Creator referring to the crowd as one of the best he has had in a while. It was a show that could rival his Lollapalooza set just a couple months early. 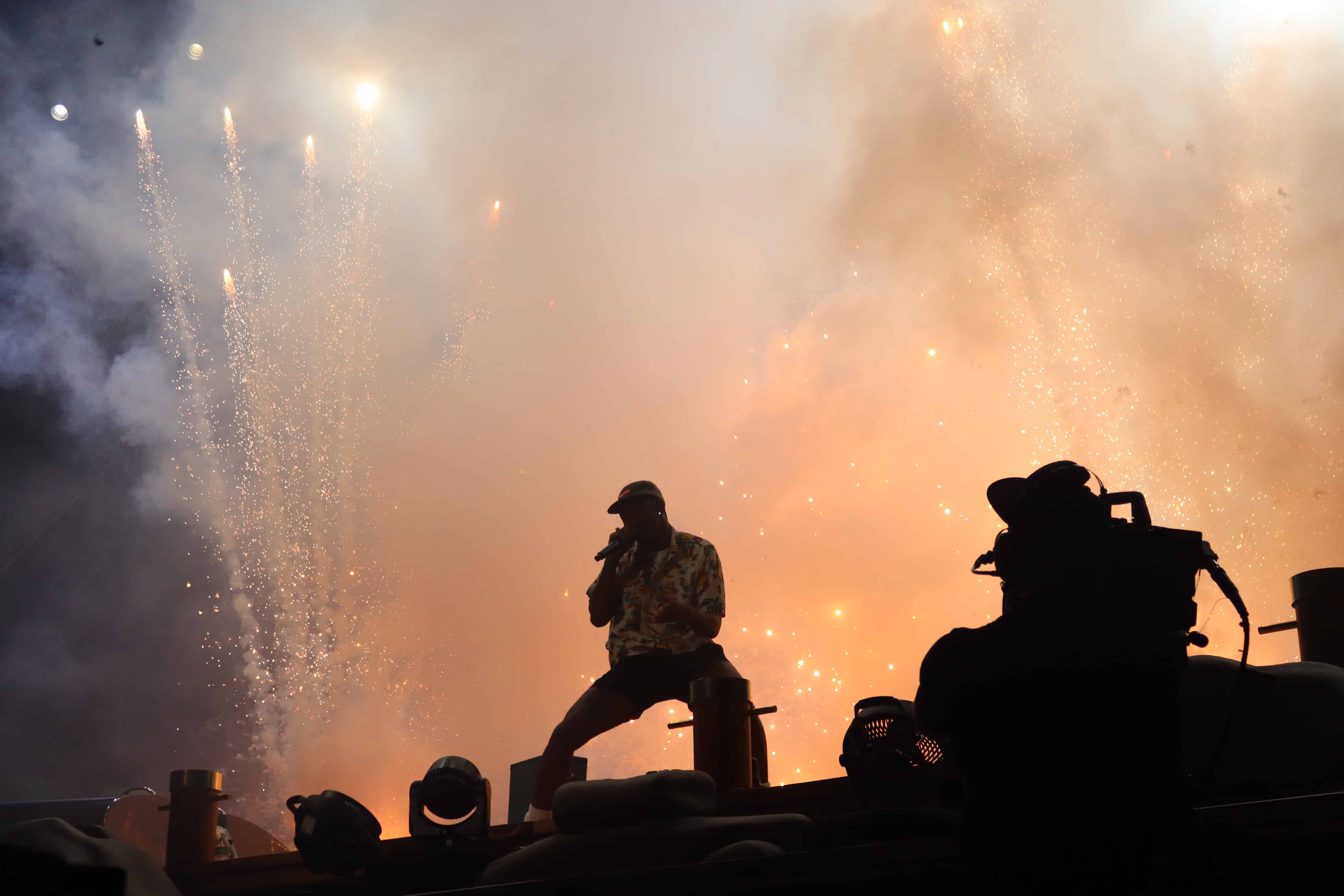 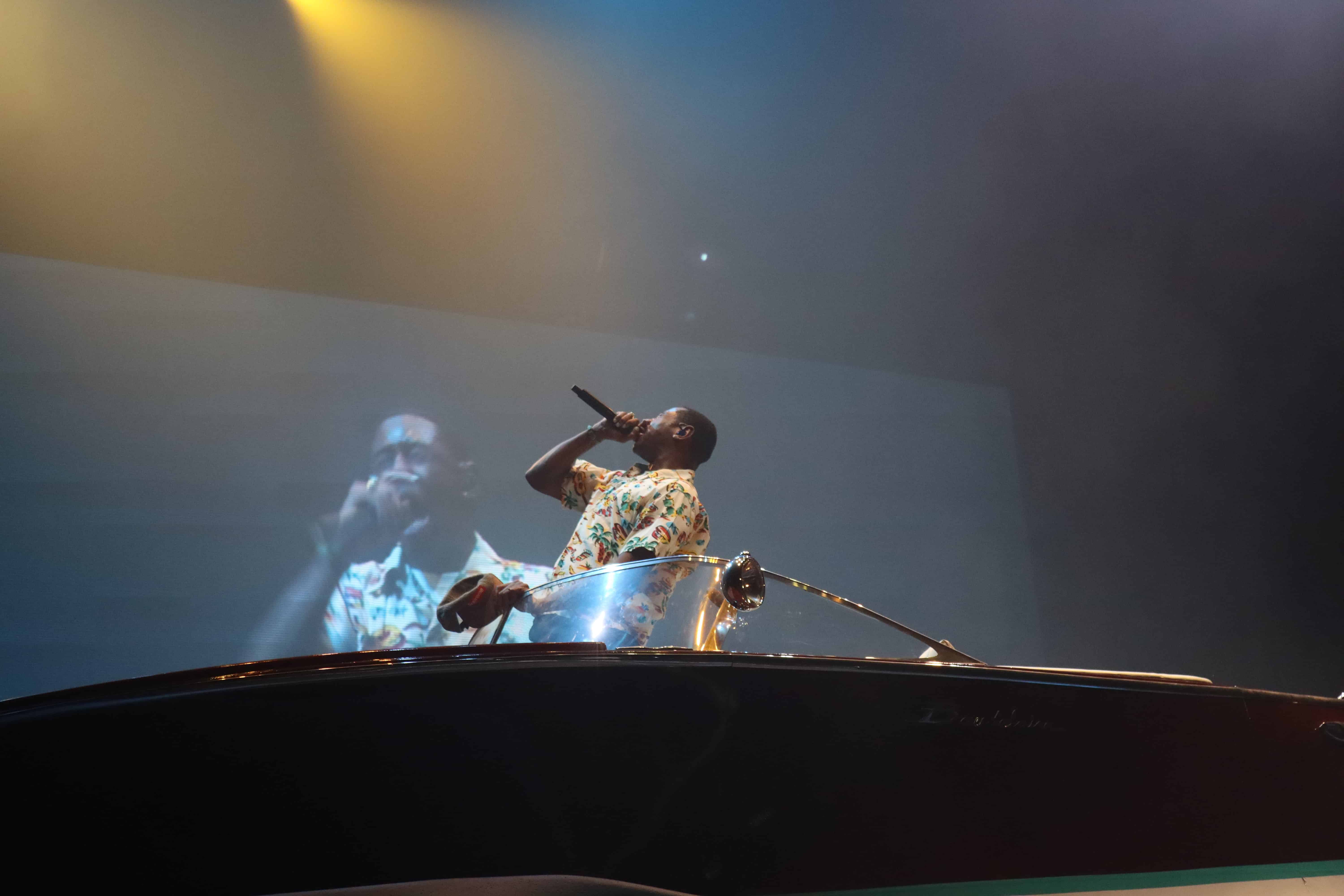 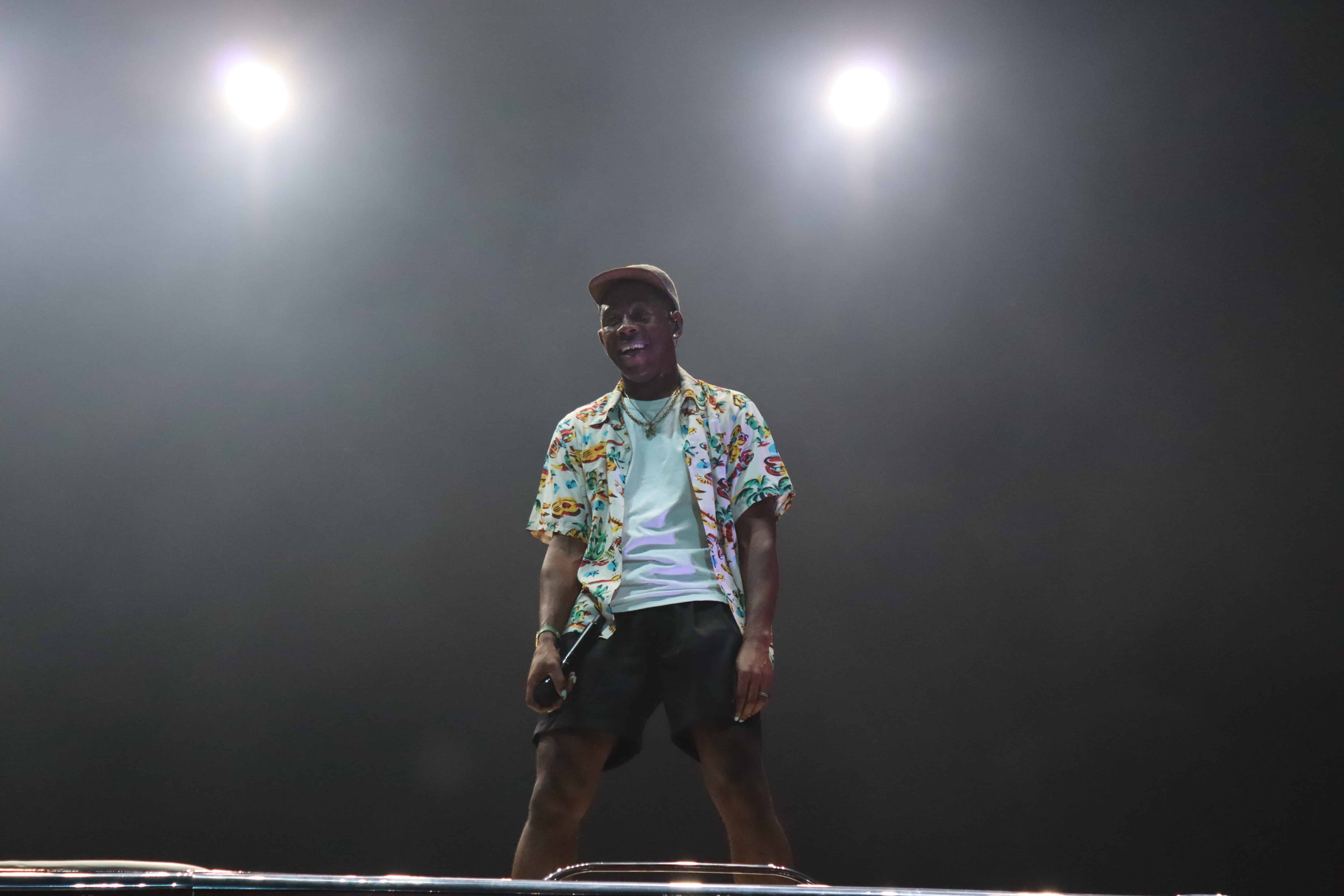 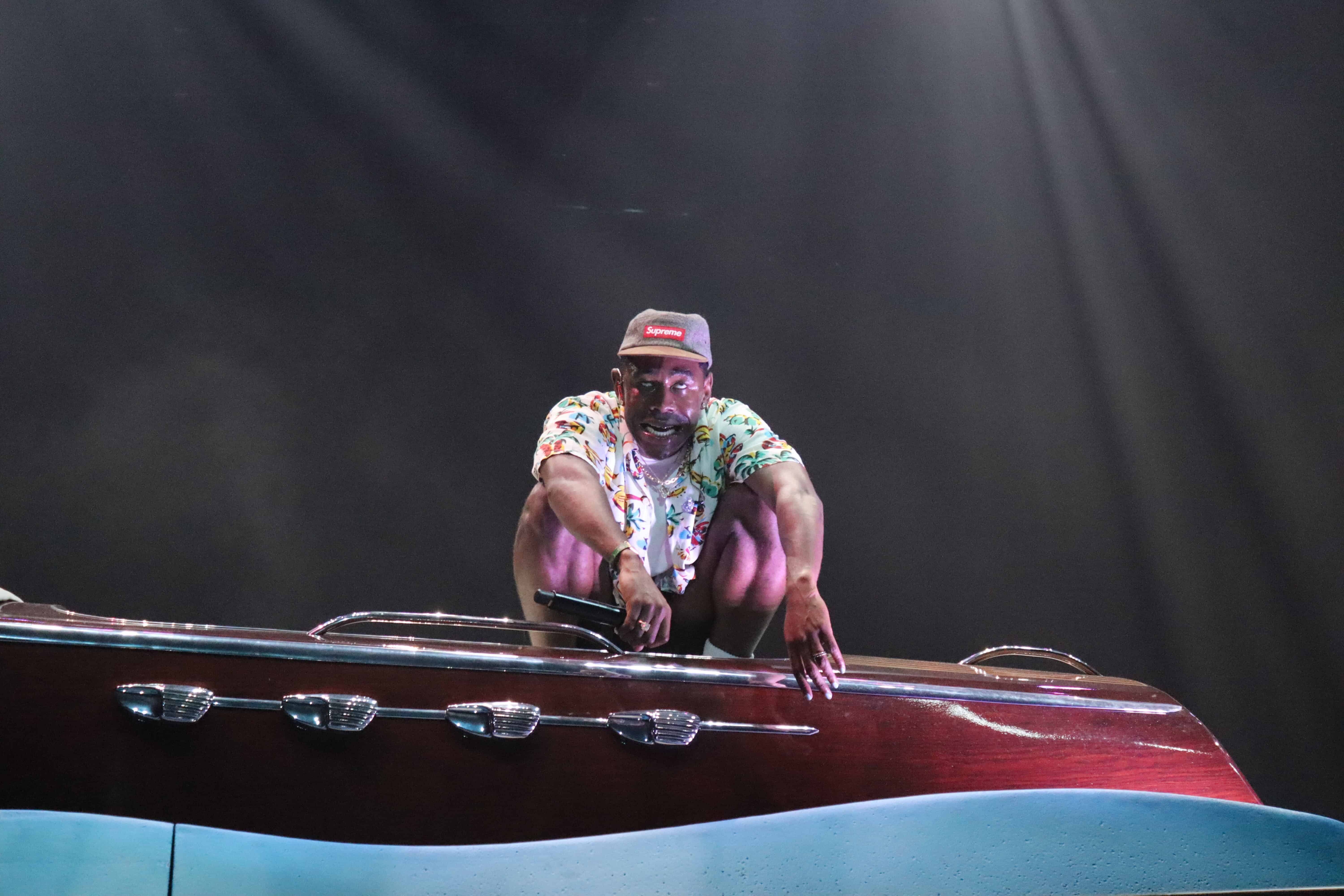 As the house lights turned on for the final time and fans made their way towards the exits, the 20th anniversary of Austin City Limits Festival was one for the history books. Filled with performances throughout the weekend that will surely live in attendees’ minds for years to come, the 2021 edition of ACL was well worth the wait. Until the next year of the festival commences in October, fans will continue to relive the epic three nights that Zilker Park played host to over the past weekend. It’s safe to say that the 20th anniversary not only proved that Austin City Limits is a festival that can’t be ignored but one that should be on every festival-goer’s bucket list.